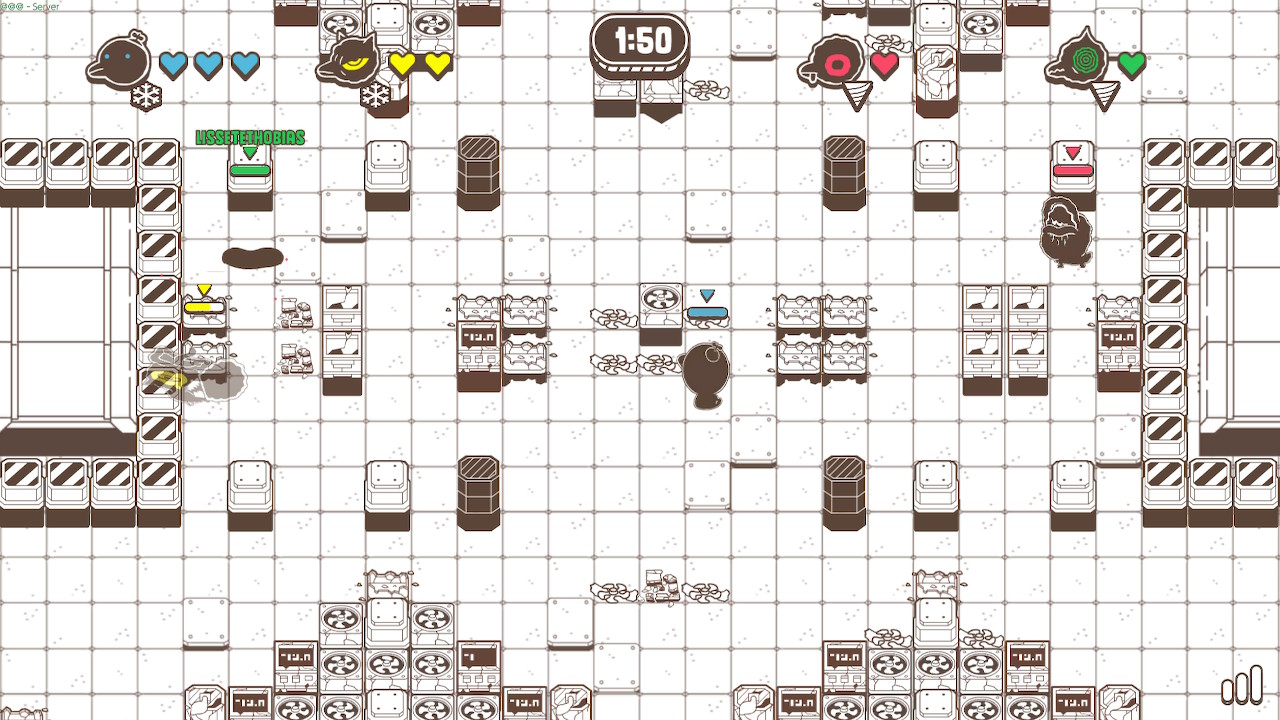 So I’ve been on a bit of a Bomberman kick these past few months, and you can probably guess why. That said, I do love the feeling of getting a few friends together and trying to beat each other up in an arena, and Ponpu emulates that feeling quite well. While it suffers from a couple underwhelming modes, the main multiplayer component is a worthwhile purchase for those that want a kooky little arena Bomberman clone.

In Ponpu, you control the titular duck-like creature that can lay eggs which function as timed bombs. Getting close to one will hurt you, but you can use a shield to deflect and kick eggs onto other opponents, with a secondary special egg granting you another attack. It’s a simple premise, but one that works perfectly when choosing one of three multiplayer modes. 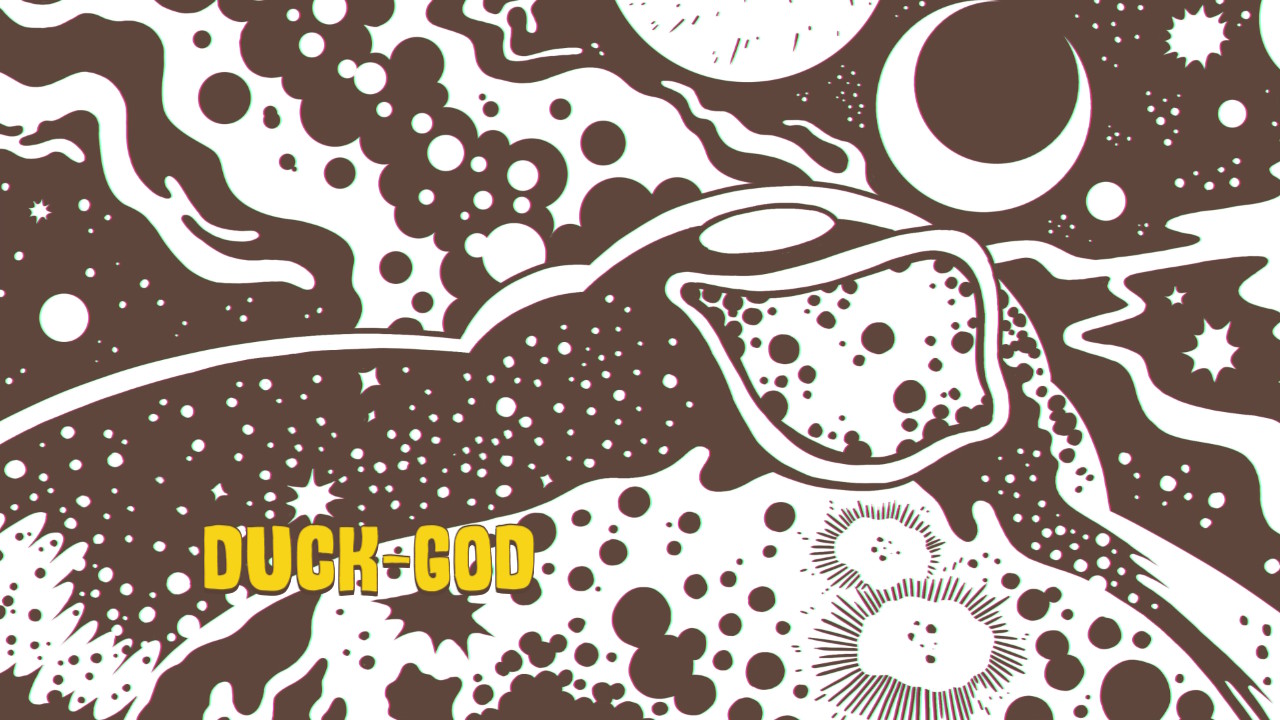 The normal deathmatch is a free-for-all where you have to remain the last Ponpu alive. This is the mode that’s most reminiscent of Bomberman, and is easily the most entertaining bit in the game. It’s simplistic but accessible, and thanks to the zany art style (with sepia tones mixed with splotches of color to indicate players), it’s something that stands out from the competition. Oddly enough, this is the only multiplayer mode where getting hit won’t kill you instantly, since there’s a health and lives system at work here. Thankfully, each player has enough health where you can experiment with your egg bomb trajectories, especially since bombs tend to go all over the place when attempting to ricochet them into others. (I had a few misfires which ended up killing my opponent as well as myself sometimes.) It’s a simple mode that combines the best of Bomberman and even something like Duck Game, as it’s pure, unfiltered fun. 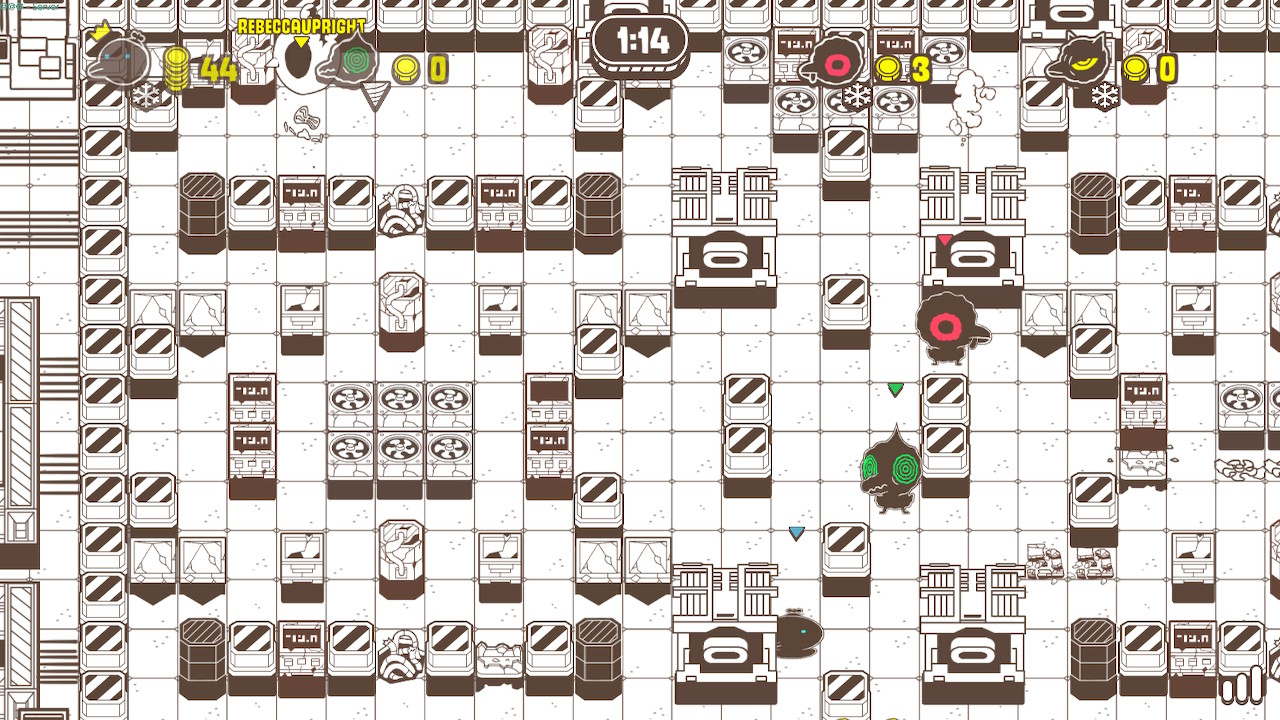 The other two modes are serviceable, though coin steal is the weakest one. It’s basically the same as deathmatch, though now you have to collect the most coins to win. Every time you kill an opponent, they drop a certain amount of coins. Normally, this would be an inoffensive mode that prioritizes quick kills, but unfortunately the fact that you lose literally every coin when you die means that this boils down to, “kill everyone and make sure you don’t bomb yourself by accident.” This mechanic makes the mode less entertaining to play because it’s a very unbalanced risk/reward mechanic that doesn’t pay off until seconds to the end of the round.

Paint battle is the last mode here, and it’s reminiscent of Splatoon and Crayola Scoot in that you have to paint the battlefield with your team’s color by using your egg bombs to splash paint around. This one is more fun than the previous mode due to the fact that dying only sets you back a few seconds (though this is more than enough time for a skilled team to the lead), and veers back into the deathmatch experimentation with your bomb arcs. This is probably the mode that I would play most in multiplayer, especially alongside a player who would be exceptionally good with this. Speaking of which, Ponpu supports up to four players locally and online, and matchmaking is pretty simple (I got my matches within about a minute or two). Put simply, this game excels at the casual multiplayer modes. 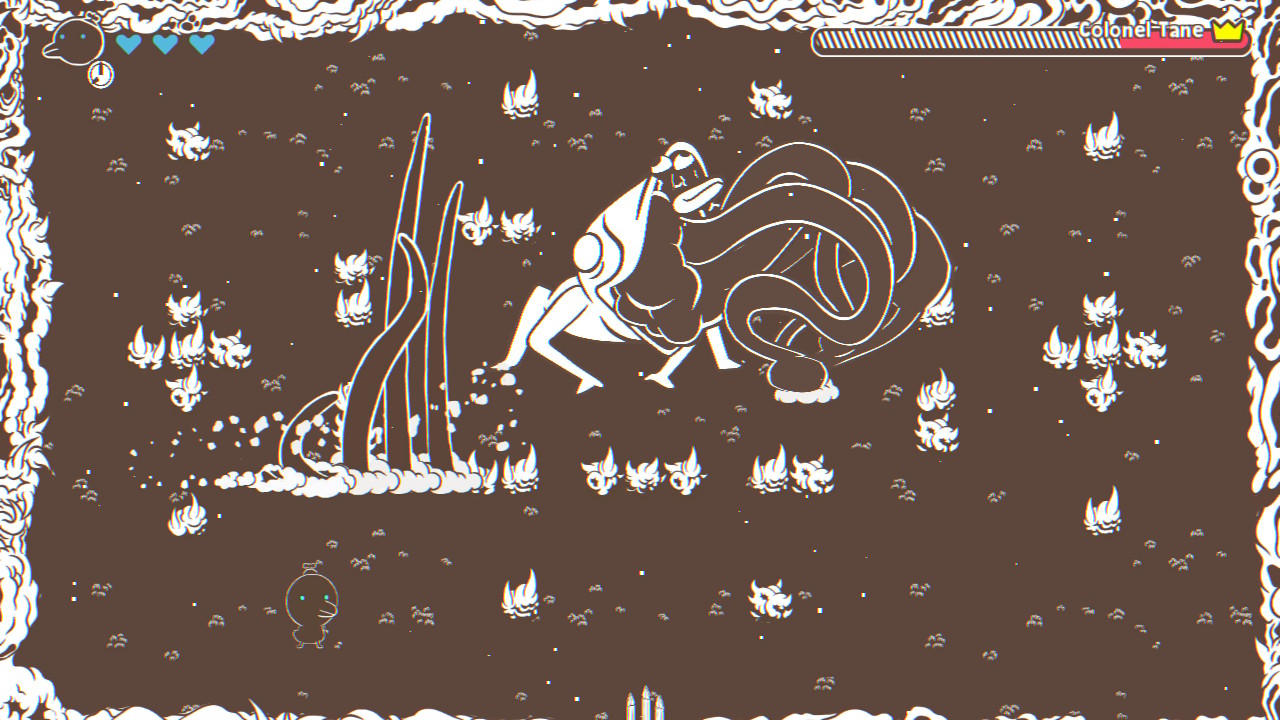 However, while the sometimes unwieldy controls work well in multiplayer mode, the single-player aspect makes this a little more noticeable. Overall, I would say that Ponpu was designed with multiplayer in mind with the single-player story mode shoehorned in for more content. It’s just you going through different worlds beating bosses while exploring stages. Unfortunately, this falls under the same flaw that most Bomberman clones (and some Bomberman games) have, which is that the single-player offerings are less than stellar. With my time in the single-player campaign, I couldn’t use any techniques that would give me a competitive edge in multiplayer, but it also has the grievous sin of being tedious. Sure, you’ll need to learn how to dash place your bombs correctly, but because the AI acts differently (since they’re static monsters rather than CPU players), I didn’t feel like this mode was worthwhile. It doesn’t help that the only bright spot in this story mode were the boss battles, since they carried the grotesquely cute overall aesthetic and gave your Ponpu a bit of snarky dialogue before pummeling said boss.

Ponpu is a decently fun Bomberman clone that has a distinct art style and some cool multiplayer modes. While the single-player content is nothing to write home about, you can definitely have a clucking good time with the right friends locally or online.

Elisha Deogracias is an aspiring accountant by day, freelance writer by night. Before writing for Gaming Trend, he had a small gig on the now defunct Examiner. When not being a third wheel with his best friends on dates or yearning for some closure on Pushing Daisies, he's busy catching up on shonen manga and wacky rhythm games. Mains R.O.B. in Smash. Still doesn't know if he's a kid or a squid.
Related Articles: Indies, Ponpu
Share
Tweet
Share
Submit