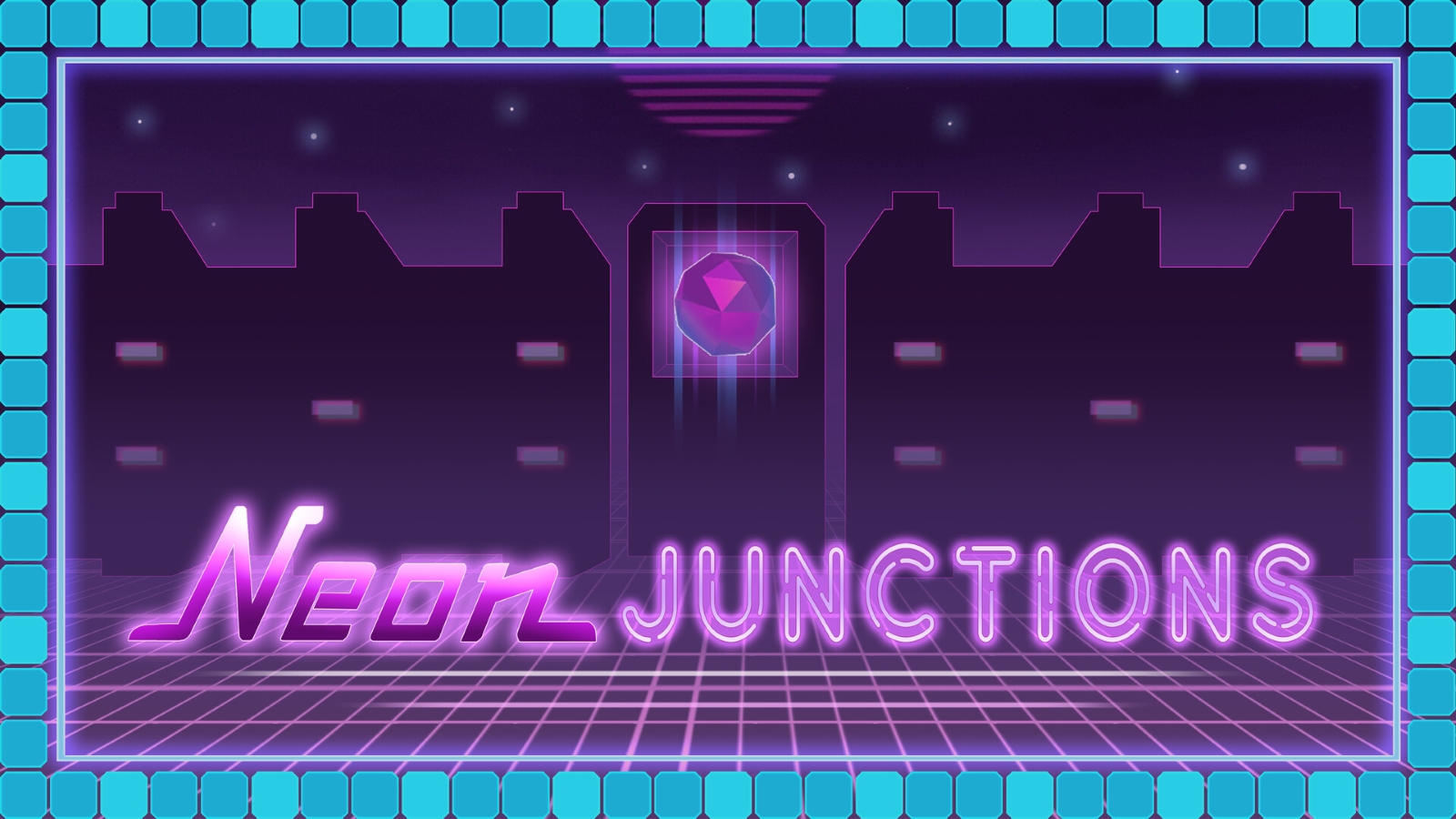 Welcome to the wonderful world of the eighties! Or, at least, you’ll sure as heck get the general vibe once you step into the synthwave inspired puzzle platformer known as Neon Junctions. Created, and published, by 9 Eyes Game Studio you’ll be using all the skills as a small lad—during your Minecraft days—picking up blocks and placing them back down as you attempt to solve almost electrical circuit, or Junctions, type puzzles in order to move on through to the rest of the game.

You play completely in first person as you take a leisurely jaunt through what I’d imagine Tommy Vercetti sees everyday walking through the streets of Vice city—minus the Hawaiian shirts and palm trees. The objective of every level, of which there are 34 in all, is to search the board for a way out or, at least, for the teleporter to the next level which is typically deactivated. So, how does one go about reactivating this highly sophisticated teleportation device you ask? Like any professional electrician knows, you take a series of meter cubed blocks and place them on a red line to complete circuits of course! You find a block; you place a block to find more blocks and once you’ve positioned enough of these cubes in the correct places, you’re able to move on to the next level. 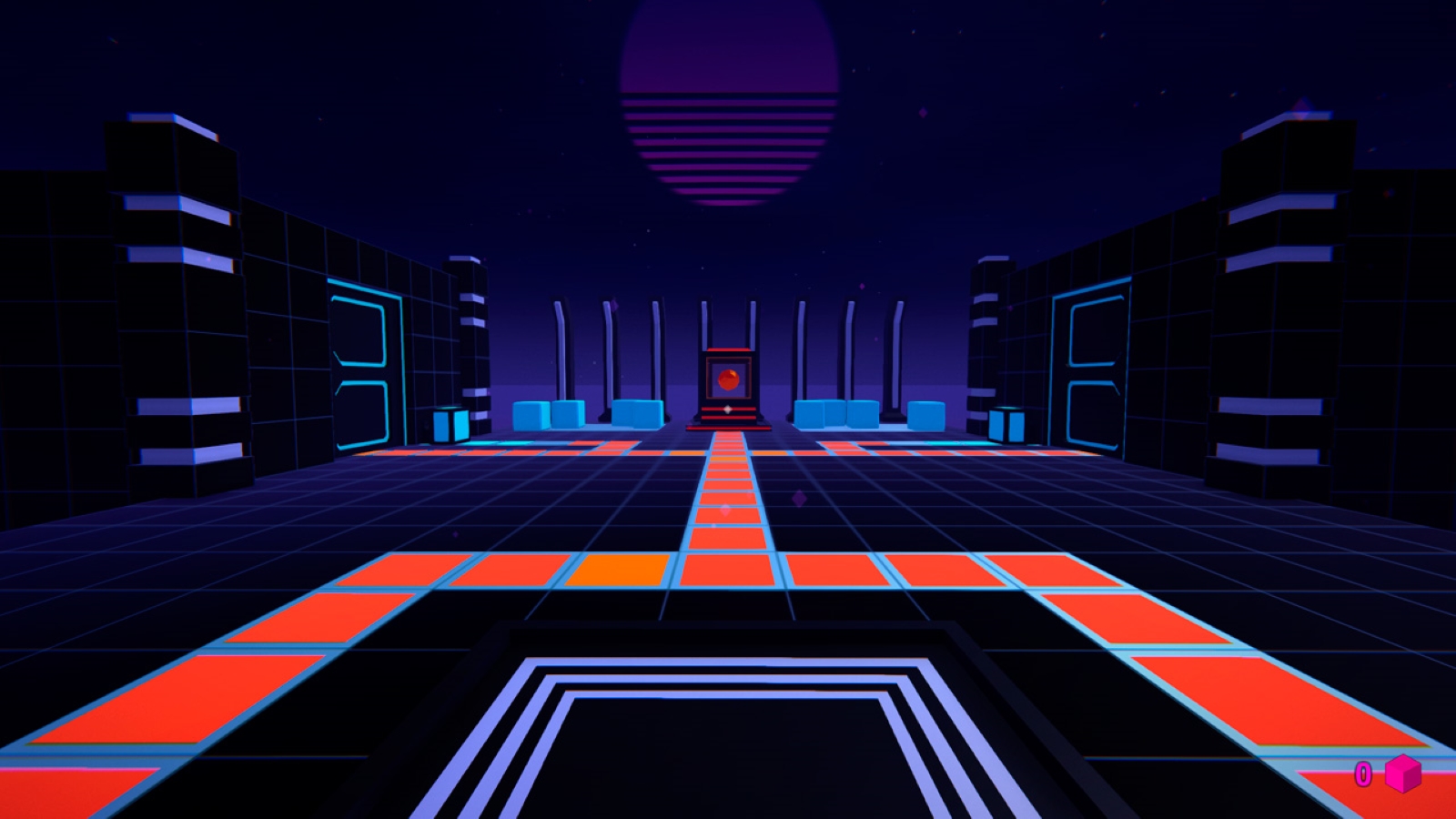 Since there is a small integration of platforming elements let’s take a quick moment to discuss the movement. Once you load into the game, I would immediately recommend upping your vertical and horizontal sensitivity; the default setting feels incredibly stiff. It’s hard to describe, but it feels like the character had a rough night in a rubber band factory and now must fight just to look left and right. However, once the sensitivity is fixed everything is just dandy!

When it comes to movement you walk around at a nice leisurely pace that seems perfectly designed for the size of the levels, which are small to begin with. Along with walking about you’ll also have to perform simple jumps every now and again and let me tell you, jumping is hard. I’m not sure if its was because of my own ineptitude or the controls for jumping were a little stiff, but there was something about it that prevented me from getting the timing consistently while running; let’s chalk it up to the former rather than the latter. 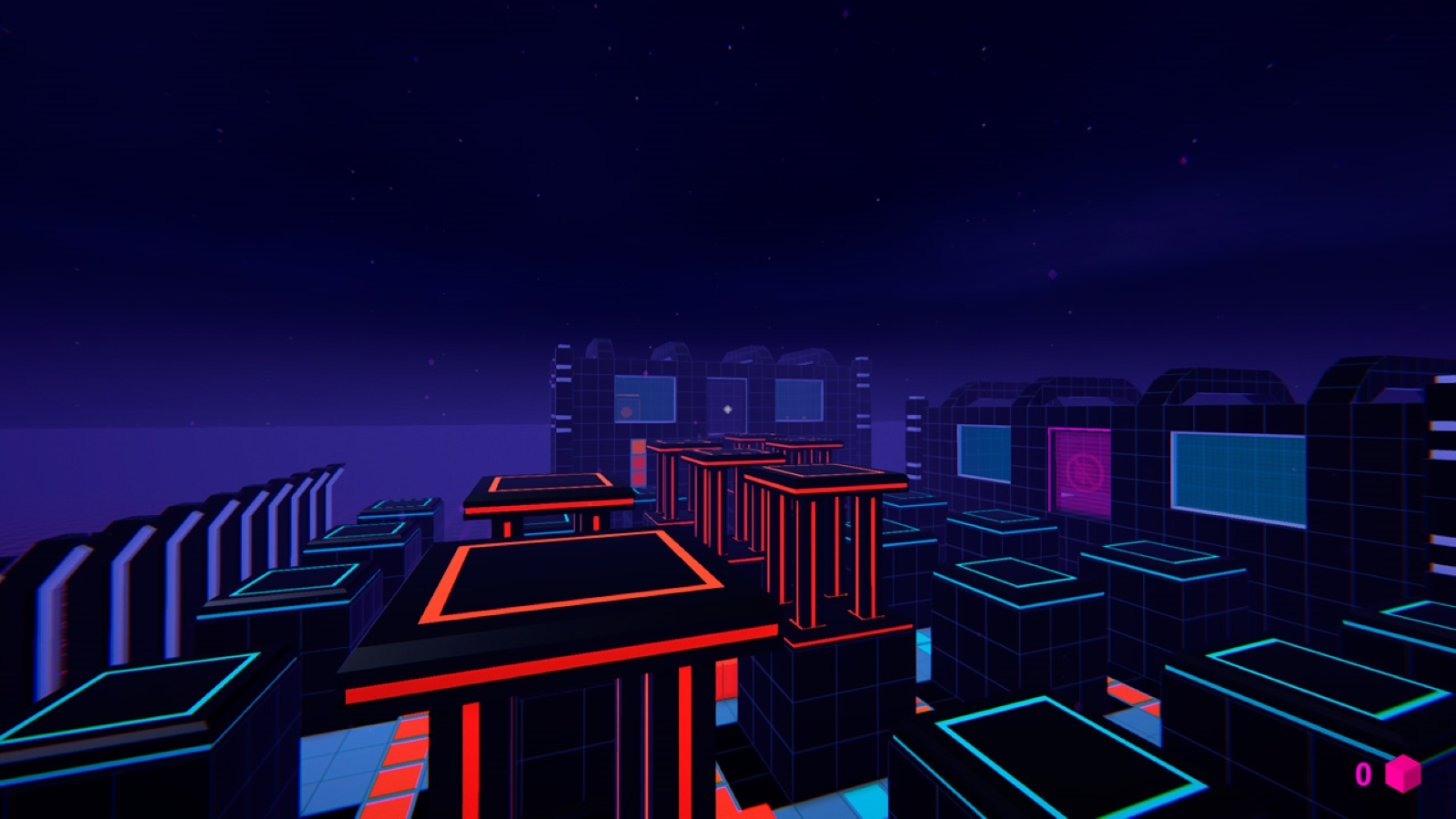 As you work through Neon Junctions the game will slowly introduce new mechanics that add a bit of complexity to the puzzles. However, even with the implementation of new operations every few levels (i.e. moving platforms, unidirectional flows, and platforming sections), these puzzles never reach levels of absurd difficulty. In fact, they’re all approachable at best and incredibly easy at worst—with an explicit caveat to one specific puzzle that I found to be a creative use of 3D space (you’ll know which one it is when you get there).

The puzzles themselves are not particularly complex and by the time it begins to show promise in the creativity of level design it’s over. I’d be interested to see what 9 Eyes Game Studio can do to implement some of the ideas they have in more complex ways. Due to the ease of some of these puzzles replayability can be a bit of an issue, which I suppose is par for the course in most puzzle games. Once you know the solution running through the levels a second time typically serves to see how quickly you can complete them. 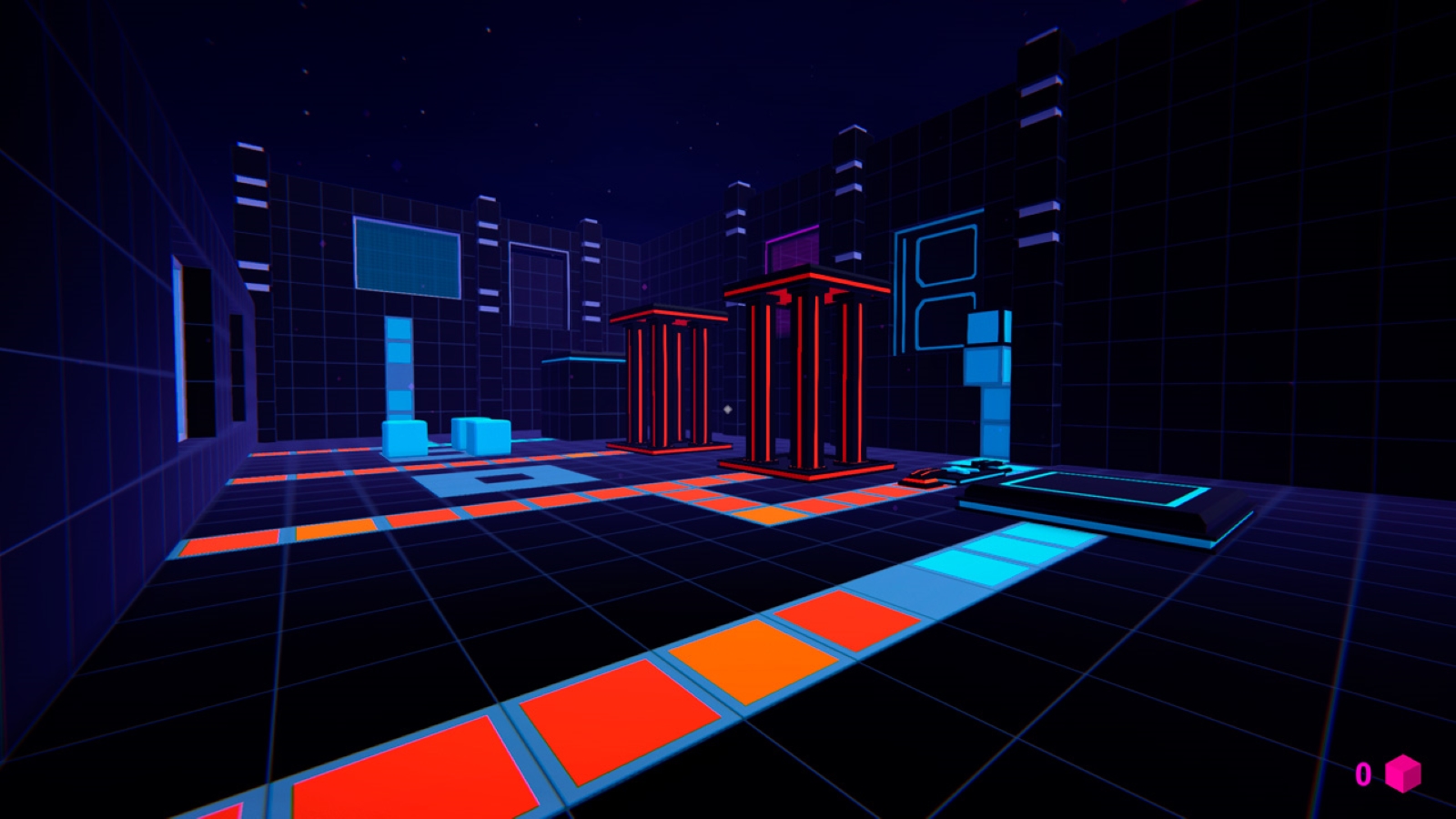 Even with the criticism I did truly enjoy the game and would recommend picking it up. So, with that in mind I’ll give this game a “DLC out of 10.” All in all, Neon Junctions is pretty short—from start to finish it only took me about 2 hours to complete, but I think the elements for an interesting puzzle platformer are there. With a bit more creative use of 3D space and a further expansion on the elements that were presented in the game I think that there can be something special here. The overall vibe from the visuals to the music are interesting enough to keep you invested, but some of the puzzles will leave you wanting more.

Neon Junctions is short and sweet, but has a few issues that keep it from being great. There are elements that show a lot of potential for innovation which makes me excited for what comes next. The visuals and music are on point I just wish that there was a little more expansion on the core of the game.