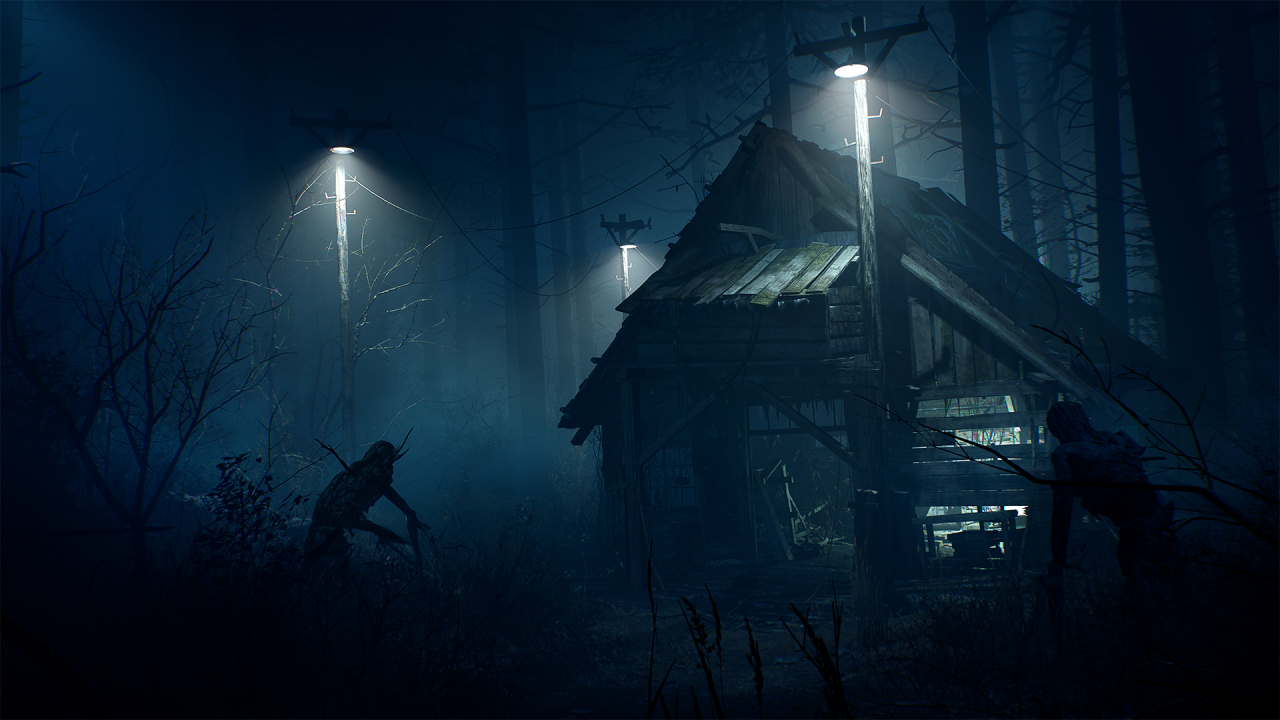 I love horror games. There is nothing like sitting alone at night with the lights off and getting lost in a twisted and horrific masterpiece. Decaying minds, twisted monsters, and haunting vistas all come together to leave you with questions as your heart pounds out of your chest. It’s a real shame that Blair Witch doesn’t bring any of this to the table. It fails in every single category.

I suppose I’ll start with the most interesting aspect, the story. You play as Ellis; a war vet suffering from PTSD who has come to search for a lost boy to help make up for a mistake in his past. With him is his trusty dog Bullet. Bullet is the true star of this game, and yes, you can pet him. As you might expect from a game called Blair Witch, wandering around in the woods doesn’t exactly pan out well for Ellis. He and Bullet have to navigate the woods while putting up with Witch shenanigans as they search for Peter. 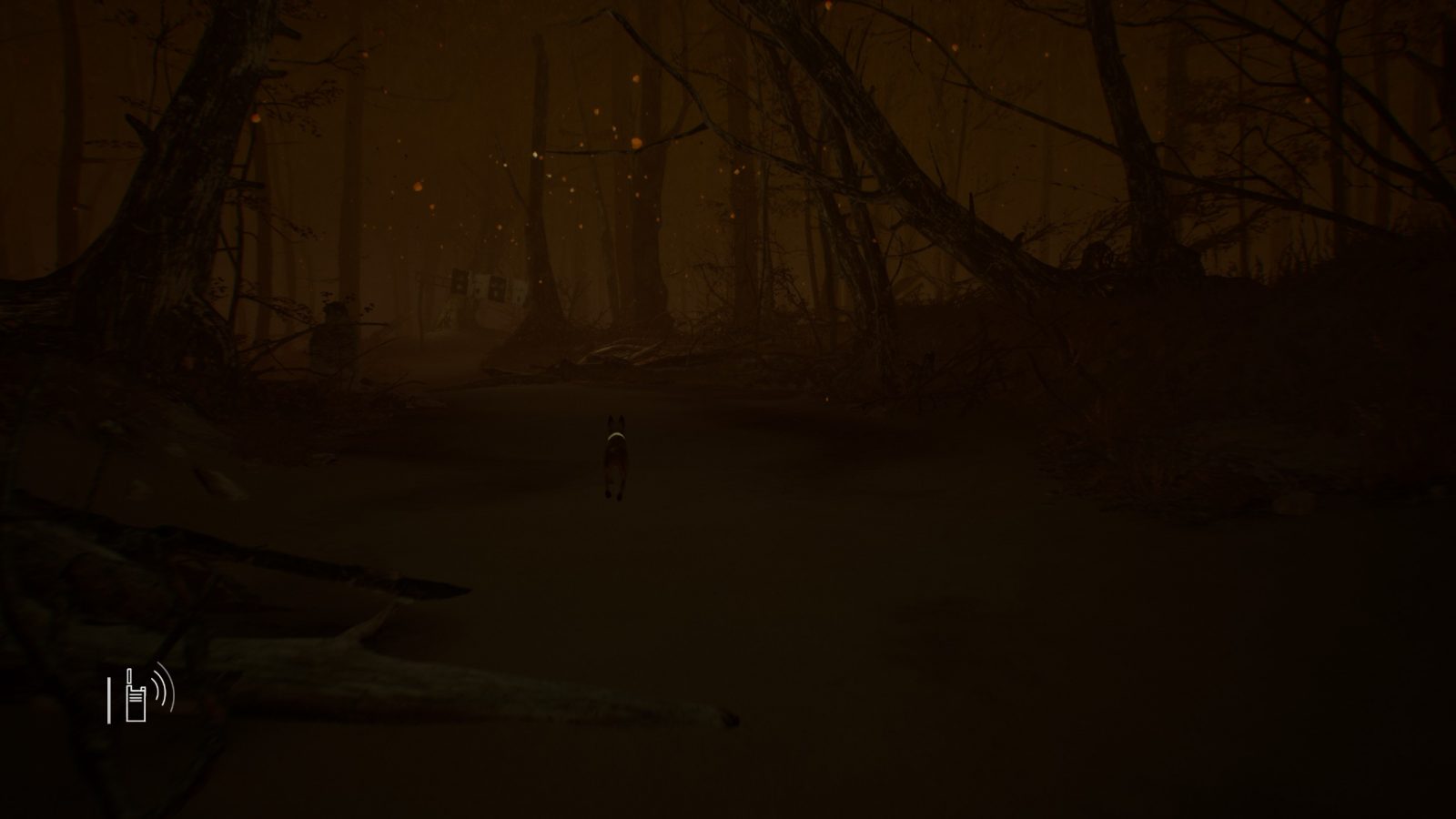 Bullet really is the best part of this game.

Well, really it is Bullet doing all the searching. I like Bullet in theory. Dogs make every game 100% better! Still, he could have been implemented much better here. Bullet sniffs things and then takes the player to them. Outside of petting him and giving him treats, that’s all he does. This has the side effect of making the game feel like follow the leader. It also makes the game incredibly repetitive. Ellis finds object, Bullet sniffs object, Bullet leads Ellis to new objects, Ellis has a panic attack, rinse and repeat.

It doesn’t take long for you to see how Ellis’s PTSD impacts him. Throughout the story, Ellis will have panic attacks that transport him back into the war. Ellis’s fragile mind is played around with a lot in the story. In theory, this would make it difficult to tell what is happening and what is a figment of Ellis’s tortured mind. In practice, however, Ellis has so many PTSD attacks they quickly lose any novelty they offered. It wasn’t long before I was rolling my eyes as I saw more dead soldiers on the ground. 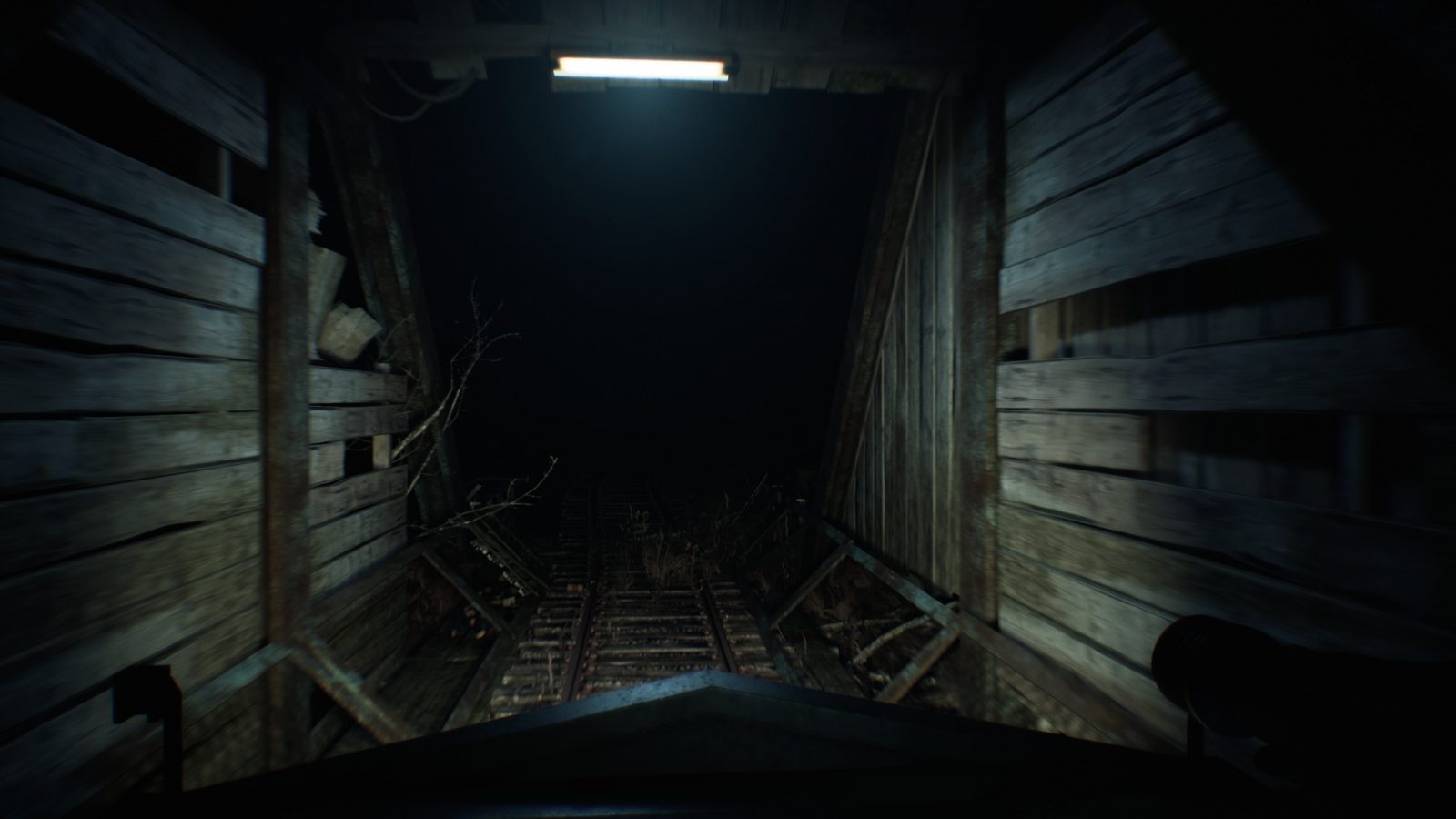 who said you only walk through the woods? You also ride a rail cart for about ten seconds.

Not like any of the other enemies are any more interesting. The main foes you will “fight” in Blair Witch are spirits of some kind. I use the term fight loosely here because it comes down to pointing your flashlight where Bullet is growling and then the spirit dies. Do that until Bullet stops growling. You barely see them and when you do they are often stuck on a tree. It’s hard to be scared at an enemy who is just running head first into a tree as it fails to get to you. There are also moving piles of leaves. They hurt you if you step into leaves.

The poor enemy design is also paired with horrendous pacing. A horror game needs down time to make the horror bits all the more terrifying. Blair Witch is almost all down time with very little horror bits. Most of the game is spent walking through the woods as you follow Bullet to the next location. This is only briefly broken up by the horrible combat or a PTSD attack. This complete lack of action left me sighing and staring at the clock wondering when the game would end. It wasn’t any more terrifying than an actual hike in the woods. 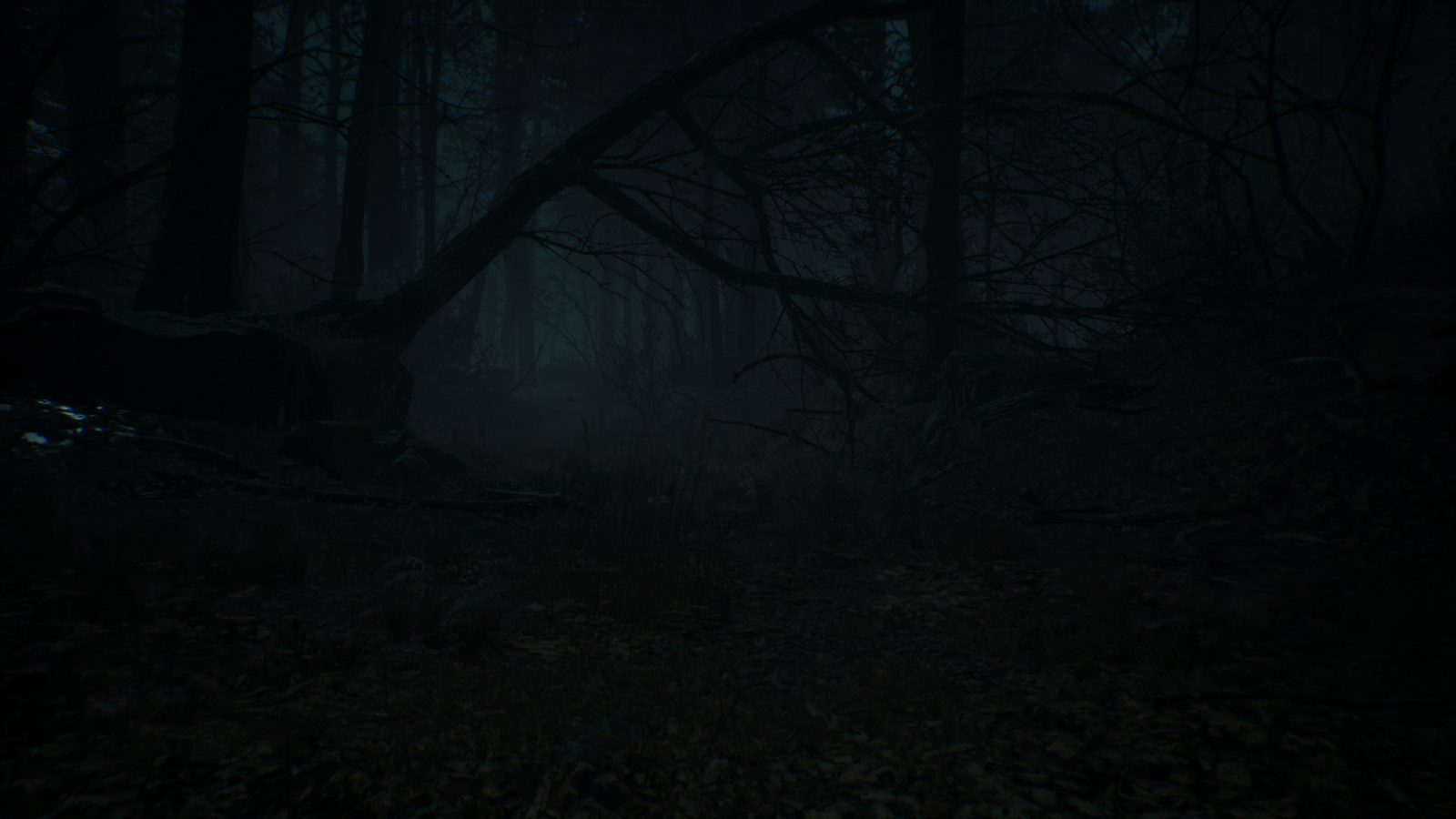 I’m sorry, but it takes more than a dark forest to scare me.

I suppose the boring hike through the woods is broken up by something beside the combat; incredibly simple puzzles! Since this game is based off the lore of the Blair Witch movies, it does have a camcorder. This camcorder is magic though! If you have film in a red tape, it can manipulate the world around you. This is used in incredible puzzles like, pausing the tape when a door is open so you can go through it. Or pausing the tape when a baseball is on the ground so you can have Bullet sniff it. These puzzles were so simple I almost feel insulted.

That’s the crux of the issue. Blair Witch can be entirely summed up in one word: Repetitive. The scenery, the monsters, the PTSD attacks, the puzzles…everything is just so repetitive that it grows stale before the adventure even starts.

Blair Witch fails to impress at every turn. The story is interesting but unfulfilling, the environment is dull, and the creatures are boring. Worst of all, everything you do is very repetitive. I love horror games but the only thing scary about Blair Witch is how boring it is.

Blair Witch fails to impress at every turn. The story is interesting but unfulfilling, the environment is dull, and the creatures are boring. Worst of all, everything you do is very repetitive. I love horror games but the only thing scary about Blair Witch is how boring it is.

Austin Fern has been playing video games his entire life. The first console he truly fell in love with is the PlayStation 2 with Sly Cooper, God of War, and many others really leaving an impression. He enjoys all genres of games from FarCry 5 to Danganronpa and everything in between.
Related Articles: Blair Witch
Share
Tweet
Share
Submit