There’s a serial killer on the loose in Kamurocho. Three bodies have turned up so far: each a member of the Yakuza and their bodies found with no eyes. Disgraced lawyer turned detective Takayuki Yagami takes on the case of his own accord, nicknaming the killer “The Mole.” He and his Ex-Yakuza partner, Masaharu Kaito, may find themselves in over their heads however, as the more clues they uncover the more enemies they make. Can Yagami and Kaito solve the case before they end up face down in Kamurocho’s sewer system?

A Yakuza series spinoff, Judgement will be immediately familiar to anyone who’s experienced the adventures of Kazuma Kiryu. Instead of a kind hearted Yakuza though, you play as a cynical detective down on his luck. This contrast between the two characters continues into the gameplay; while Kiryu was a powerhouse in a brawl, Yagami is weaker but more agile. Yagami is a self taught martial artist, with his single target focused Tiger style and the crowd controlling Crane style. He can swap between these two styles at any time by pressing down on the D-Pad, each having their own combos performed with Square and Triangle. Heat has also been altered slightly, now called the EX meter. You can spend a chunk of it to perform an EX attack or, after a certain threshold, begin to drain it by activating EX mode. In EX mode, Yagami attacks much, much faster and can rain down pain on his foes. Combat certainly isn’t the focus of Judgement, but this boiled down system still feels great to play. 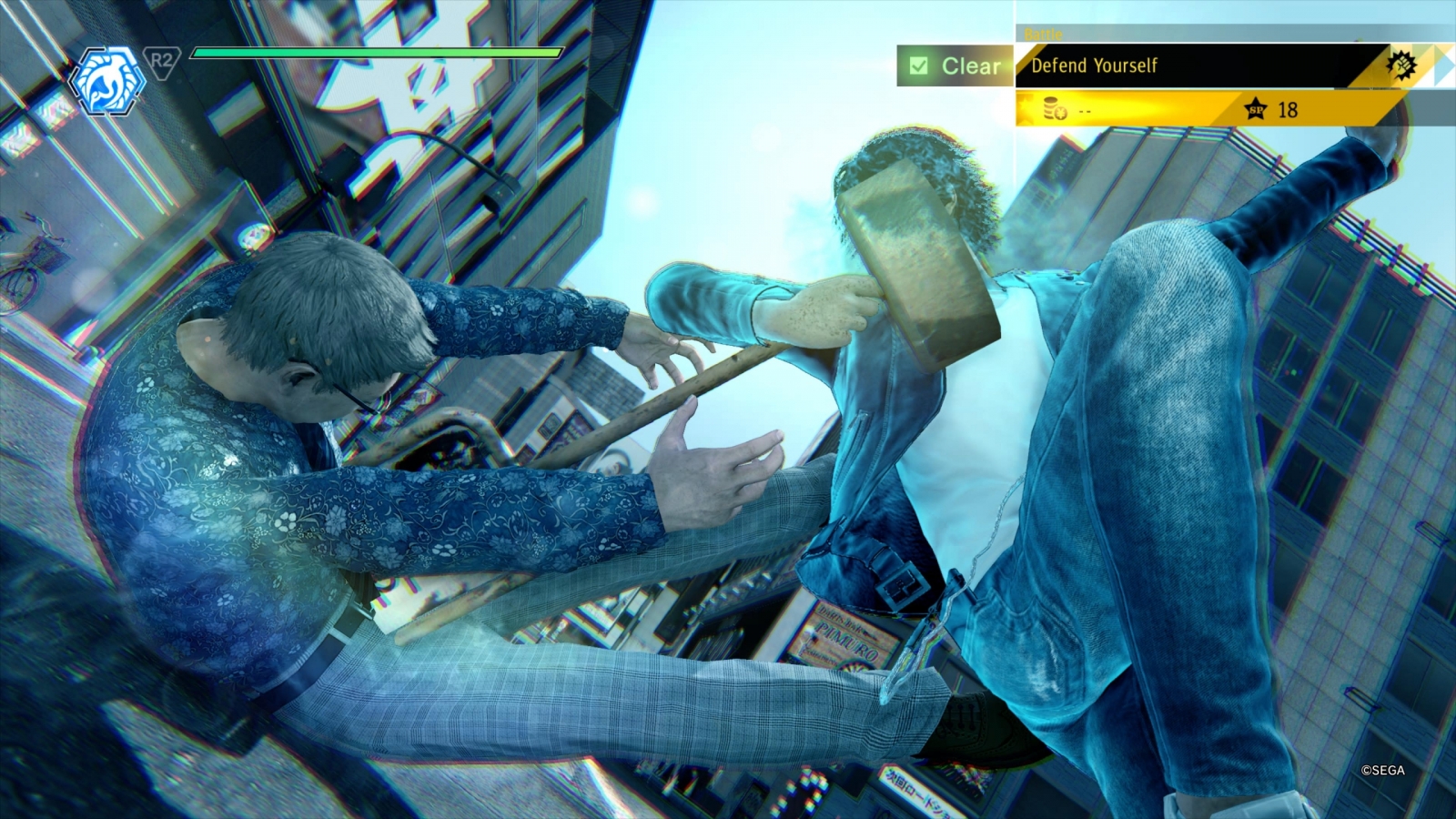 Instead of fighting, you’ll mostly be doing what a detective does best: investigating. When looking for evidence, you’ll enter a first person perspective and play what’s essentially 3D Eye Spy. You move the camera around, click on clues (and stray cats, as a weird collectable), and follow the controller’s vibration to find more clues. These sections can be somewhat difficult and I had to resort to searching every pixel in a scene, but on the other hand it certainly made me feel like a very thorough detective. Once you’ve gotten your hands on some evidence, you’ll occasionally have the chance to interrogate a suspect. You have two methods of conversation here: presenting evidence and asking questions. If someone says something contradictory with the facts of the case, you have to present the right piece of evidence to prove them wrong and continue the conversation. When you’re the one asking questions, the order in which you ask them is important; you want to ask the important questions first. The only reward for asking the questions in the right order is a little SP to buy more skills though so it’s not that important.

From that description, you may be thinking that Judgement plays a lot like Ace Attorney, and you’d be right. Judgement does have combat and the investigation/interrogation sections are somehow more linear than Ace Attorney, but I got a similar feeling from this game which definitely isn’t a bad thing. This originally released just when they ran out of places to go with the combat and before switching to a turn based system, so these investigations are just what I need to keep going through one more beat-em-up in the Yakuza style. 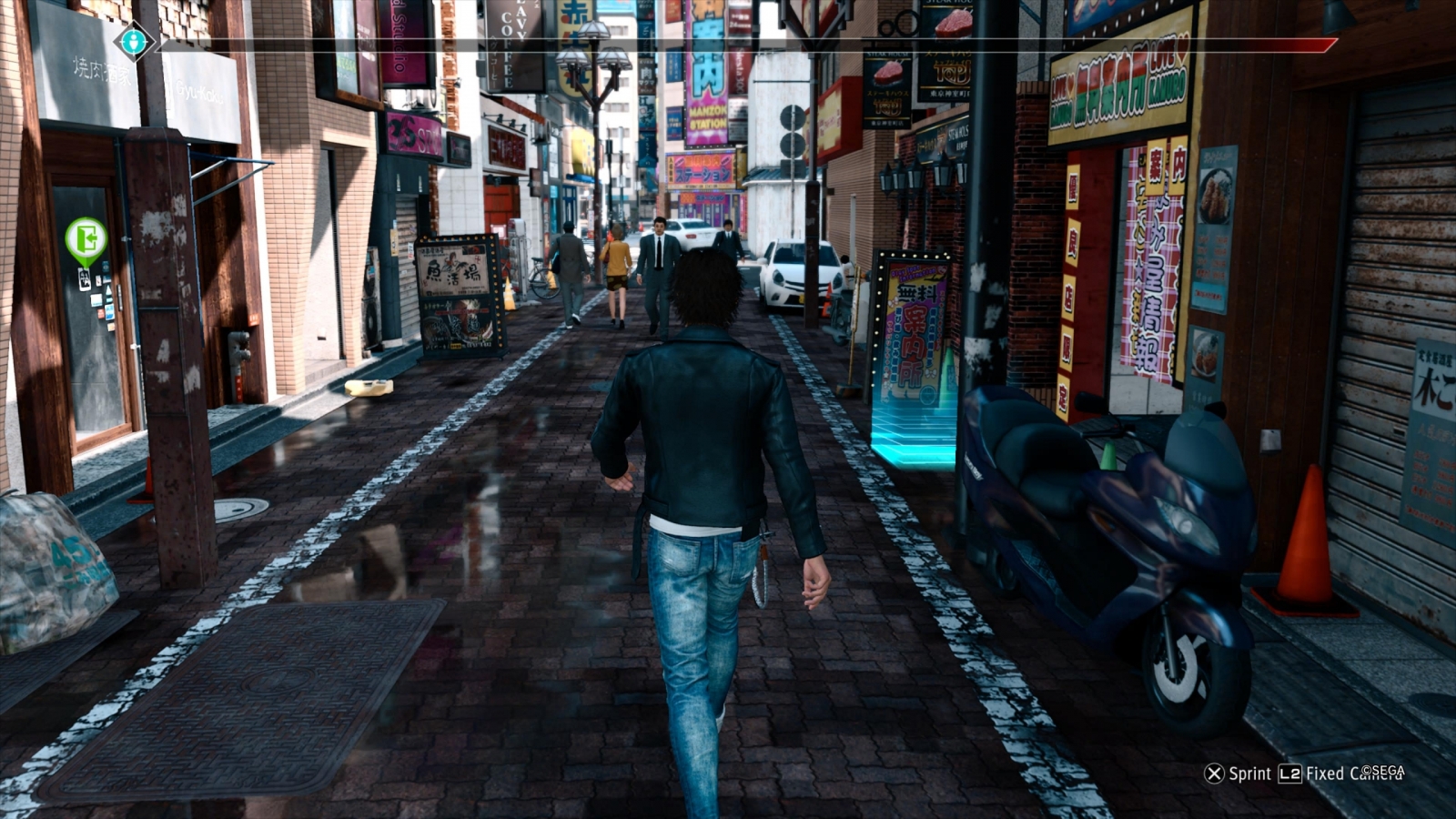 Yakuza is known for the myriad silly minigames and side quests you can take part in, and Judgement is no exception. As a career detective though, you’ll rarely be taking jobs from randos on the street. Instead, you can accept side cases through your informants at the Genda Law Offices, Bar Tender, or even just the cork board in your office. To build your reputation and even be offered some of these cases though, you’ll need to build your reputation. Yagami can befriend various NPCs around Kamurocho and raising their friendship level by frequenting their stores or talking to them will also increase his reputation. If you want to solve local problems, you need to get to know the locals after all.

While Judgement encourages you to act like a detective and civilian in Kamurocho, it can’t seem to escape its criminal roots. Judgement might not have the Yakuza title, but it sure feels like a Yakuza game, both for good and ill. While combat is still fun, there’s not a lot of room for player expression like in previous games with only two styles each with explicit purposes. Why is Yagami getting attacked by thugs on the street anyway? Kiryu was sort of a local hazing ritual, but to the criminal underbelly Yagami is just some guy. Deviating further from the series conventions up to this point would have made this game really special, but we would have to wait until Like a Dragon for the developers to really capitalize on this. Those investigation sections we mentioned earlier are fun, but feel incredibly shallow. For example, when presenting evidence you usually have access to one or two pieces at a time and there’s no punishment whatsoever for failure, so you’re free to just try everything with no consequences. Judgement’s central and side mysteries are intriguing, but it doesn’t give you room to solve them yourself. 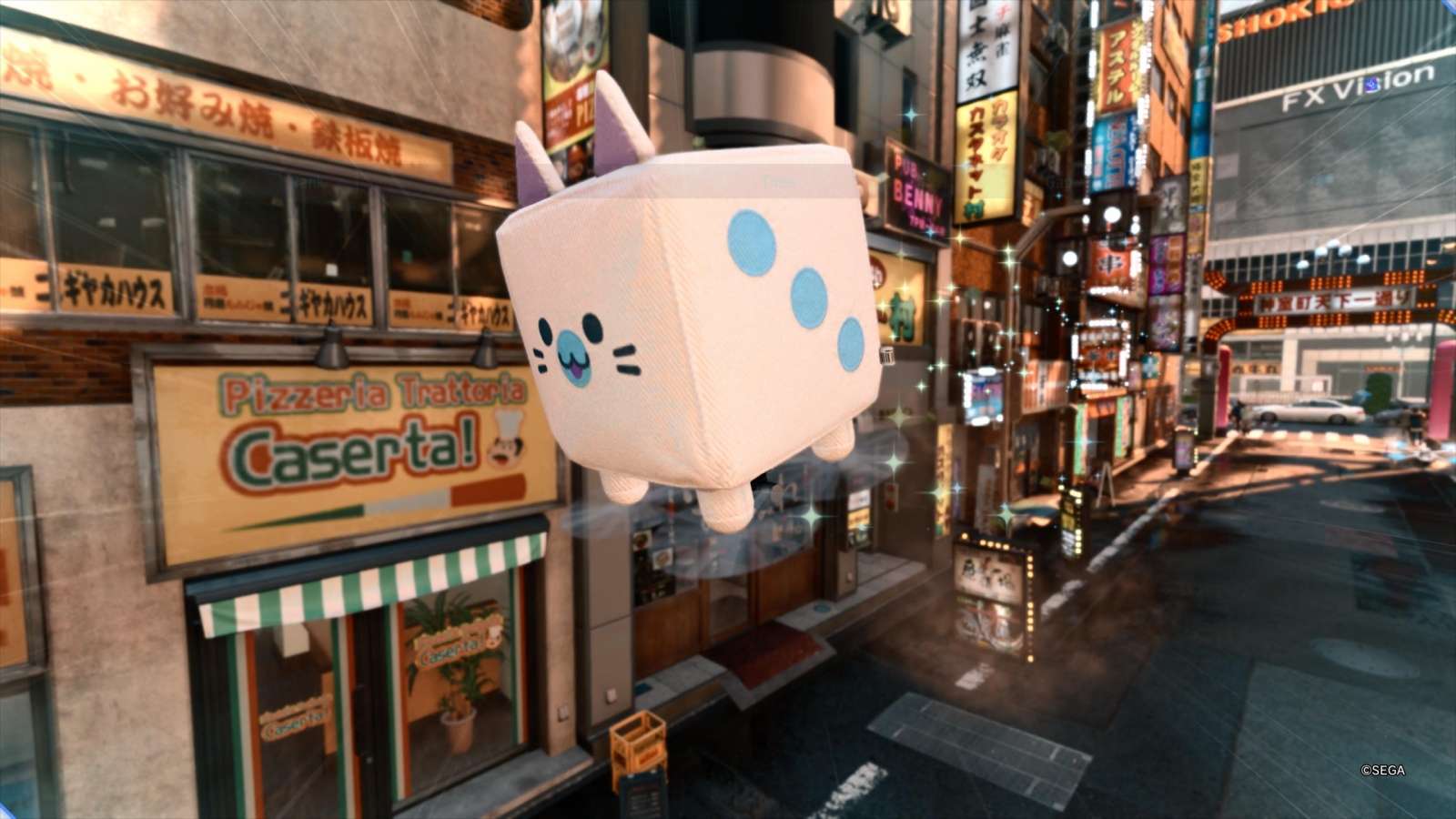 The visual changes of this PS5 version are also of similar contention. Sometimes, Judgement looks drop dead gorgeous when the light hits just right. Characters and locations look impossibly detailed and, if I didn’t know better, I’d say this is a great example of Ray Tracing. It can look that good and still maintain a solid 60 fps! However, the operative word there is “can”, which means it sometimes doesn’t. While I only played the demo of the PS4 version, Judgement went for a slightly different look than other games in the franchise with dark shadows that would create a sort of Noir atmosphere without sacrificing the vibrant colors of the city. It appears here that they went with a blanket improvement to the lighting here instead of adjusting it on a case by case basis. This leaves Judgement on PS5 looking technically better, in the sense of the technology on display, but a downgrade in terms of artistry. In particular, when exploring the city during the day environments are either washed out in sunlight or difficult to see with too dark shadows. Night time generally fares better, but something about it still doesn’t look right to me. For a PS5 upgrade that’s not even free, I would have expected a little more care.

Judgement is a fantastic Yakuza game, but the spinoff’s other elements can feel half baked. Brawling and investigating can both be fun, but it’s clear there’s depth missing from both aspects. The PS5 version is a blanket upgrade, with improved lighting, textures, and load times, but could have used a bit more care to preserve the artistic choices of the original.

David is the kind of person to wear his heart on his sleeve. He can find positives in anything, like this is a person who loved Star Fox Zero to death. You’ll see him playing all kinds of games: AAAs, Indies, game jam games, games of all genres, and writing about them! Here. On this website. When not writing or playing games, you can find David making music, games, or enjoying a good book. David’s favorite games include NieR: Automata, Mother 3, and Gravity Rush.
Related Articles: Judgement
Share
Tweet
Share
Submit