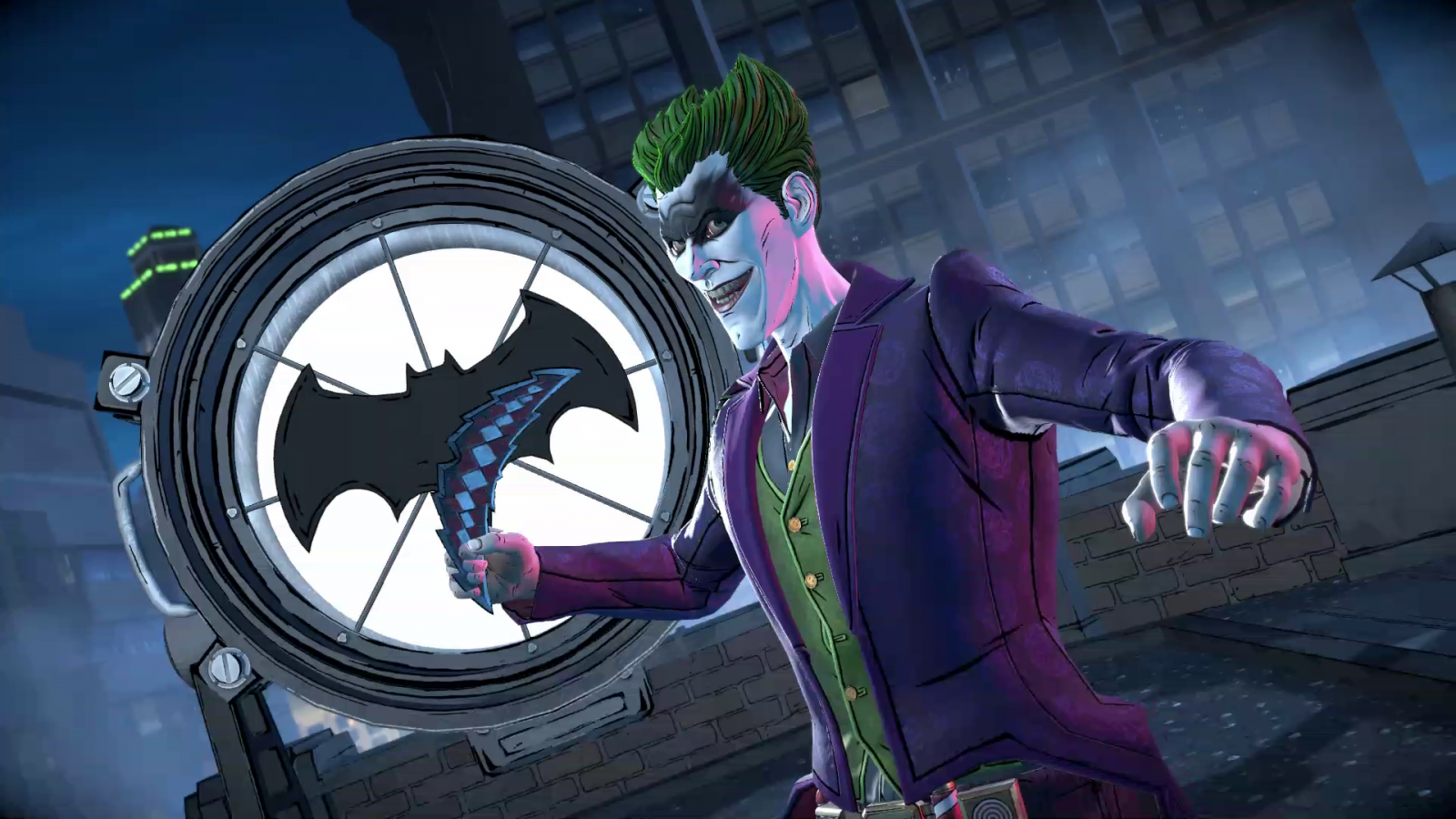 Batman: The Enemy Within comes to a close with the fifth and final episode of the season, Same Stitch. Telltale made its first impression with a retelling of the Wayne family history in Batman: The Telltale Series. The game is set in Gotham City, and a lot of the characters feel familiar, but Bruce Wayne and the Joker are standouts in an exciting and novel way. In season two, the new angles on Bruce, Joker a.k.a. John Doe, and their erratic,often wavering relationship keeps players engaged.

Episode 1 of The Enemy Within introduces a tougher, more hands-on rendition of The Riddler. He kickstarts the villain coalition known as “The Pact,” made up of Harley Quinn, John Doe, Bane, and Mr. Freeze. As a result, a government branch known as The Agency takes over policing in Gotham in order to apprehend this bad guy supergroup. Having new people invade his city does not sit well with Batman and he’s forced into a battle where he’s fighting both sides. Luckily, he has two identities, and Bruce Wayne comes into play as much if not more than Batman.

As the series progresses, certain events shake up The Pact and leave it under new management. John Doe becomes an integral member of the group, and Bruce uses his relationship with John to infiltrate The Pact. The dynamic between these two is what keeps players interested. John’s unpredictable and dangerous nature is offset by his loyalty, dependability, and respect for Bruce. You see these faults in his character, the darkness lurking beneath his pale facade, but you also see that he’s in pain. He’s deeply torn by his destructive urges and his desire to do good, and as his friend, you can’t help but to want to support and guide him. Every decision made, even without John in the scene, I found myself wondering how it would affect him. His development is the driving force behind The Enemy Within, and I’m glad that the crazy clown is taking the wheel.

The idea that Joker and Batman are two halves of one whole, and are responsible for one another’s creation and development, has been explored in Batman lore. But never has the creation of the Joker’s persona been so literally affected by Batman/Bruce Wayne. You get to decide who the Joker is as a person, and that’s pretty damn cool.

Sadly, some other key decisions lack impact because they involve characters that you don’t care about. A specific moment towards the end of episode five is meant to make you struggle with Batman’s identity, but it involves Alfred, who is just plain confusing and dull. It feels like he’s there just to contradict your decisions and try to force emotion out of you instead of letting it happen naturally. Tiffany Fox is another character that completely misses the mark–a hipster know-it-all with a rightful, but equally annoying, mean streak. It’s unfortunate that both of these characters play major roles in the story. They aren’t just unremarkable, they detract from every scene they are in.

The rest of the story is forgettable. It’s a stage on which Batman and the Joker play, and the plot points are only exciting when they bring us closer to where the two leads end up. Agent Waller and the Agency act as a catalyst for Bruce and John’s disagreements. Bane could very easily be renamed Mexican Luchador #3. You might replace Selina Kyle with a cardboard cutout and no one would notice. While Commissioner Gordon is unceremoniously pushed into a figurative dark alley to be forgotten.

Batman: The Enemy Within

The story centered on John Doe and Bruce Wayne (the Joker and Batman) is why you should play Batman: The Enemy Within. The rest of the characters and narrative are mediocre, but this interpretation of the clown prince of crime is so strong that it makes it all worth it.