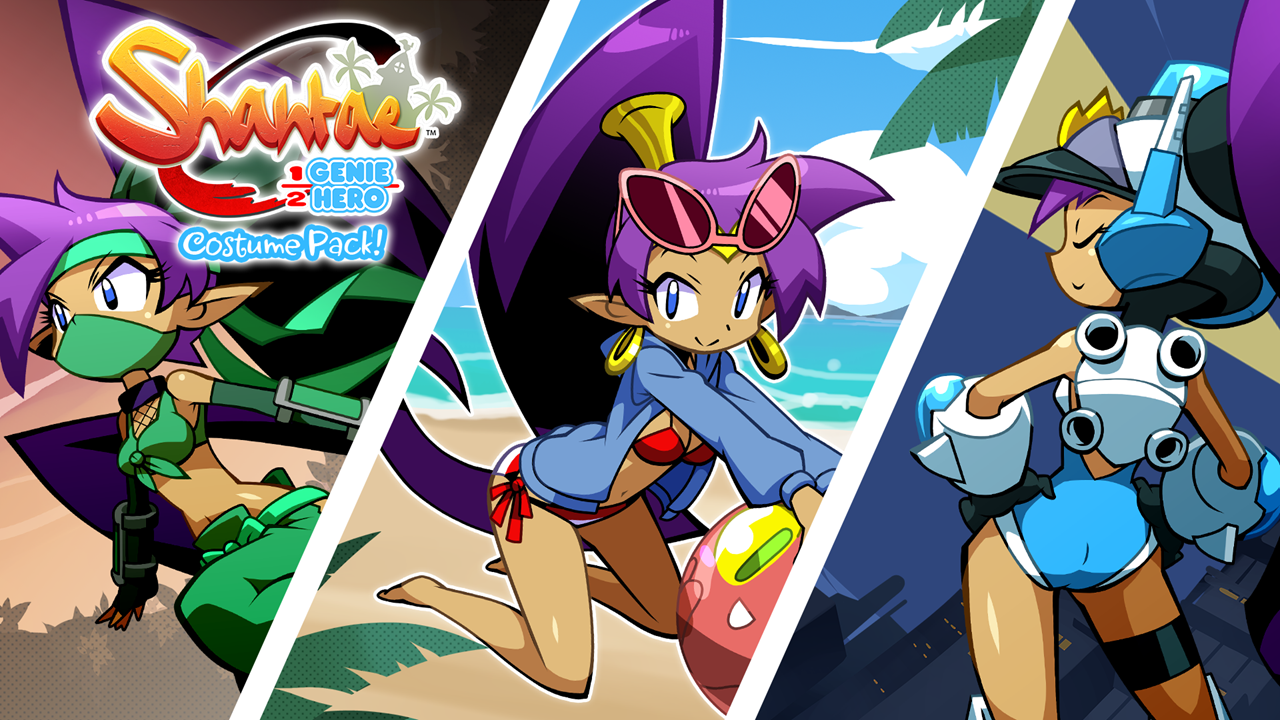 Wayforward has released the last DLC pack for Shantae: Half-Genie Hero today, which adds three costumes for the bubbly protagonist to wear. The DLC pack, which is available for Nintendo Switch, Wii U, PlayStation 4, PlayStation Vita, Xbox One, and PC, will also be included in the Ultimate Edition of the game later.

These fabulous outfits aren’t just for show – they also provide Shantae with three brand new arcade-style play modes! Bounce off walls, throw stars, and teleport with the Ninja Costume; beat the life-draining heat by collecting sunscreen in the Beach Costume; and lay down the law with your pellet blaster and block- shifting ability using the Mighty Switch Force-inspired Officer Costume. Indulge your passion for fashion while testing your mettle with this chic and challenging DLC!

The three costumes will also come with new storylines, voices, and artwork, and will also include some new mechanics to master. Check out Patrick’s review of the game here, and stay tuned for more news here on Gaming Trend.