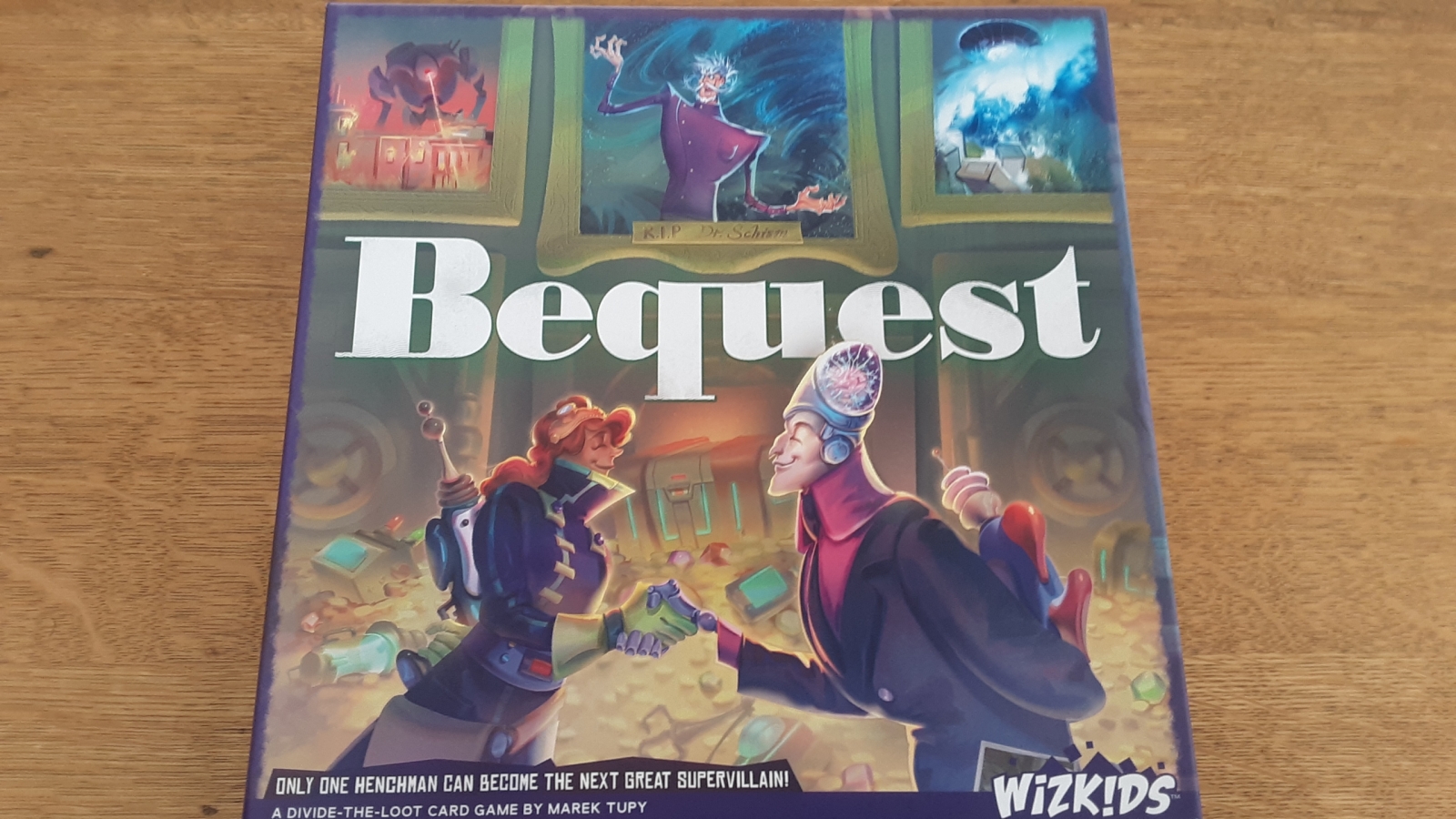 I’m sure that Wizkids wasn’t following my train of thought when they themed Bequest around supervillainy, but it really is a perfect metaphor for this game. When I first played Bequest, I was legitimately feeling like it may be one of my new staple filler games. But, after some more plays, just like how the hero will find the chink in the villain’s armor and win the day, I couldn’t help but find some fatal flaws that would keep this on my shelf at home.

At its heart, Bequest is a simple set collection game in the same vein as Sushi Go and much of its other light filler competition. There’s a variety of categories of cards, and at the end of the game they will all score in a relatively similar fashion. The winner will usually be the player that correctly identifies the highest scoring sets without being punished by failing to score certain others, creating essentially dead cards. Usually, these games use drafting mechanics, where players attempt to determine what cards will get back to them and devise their strategies around that. Bequest, however, uses the “I cut, you choose” mechanic, which makes decisions feel much less automatic. 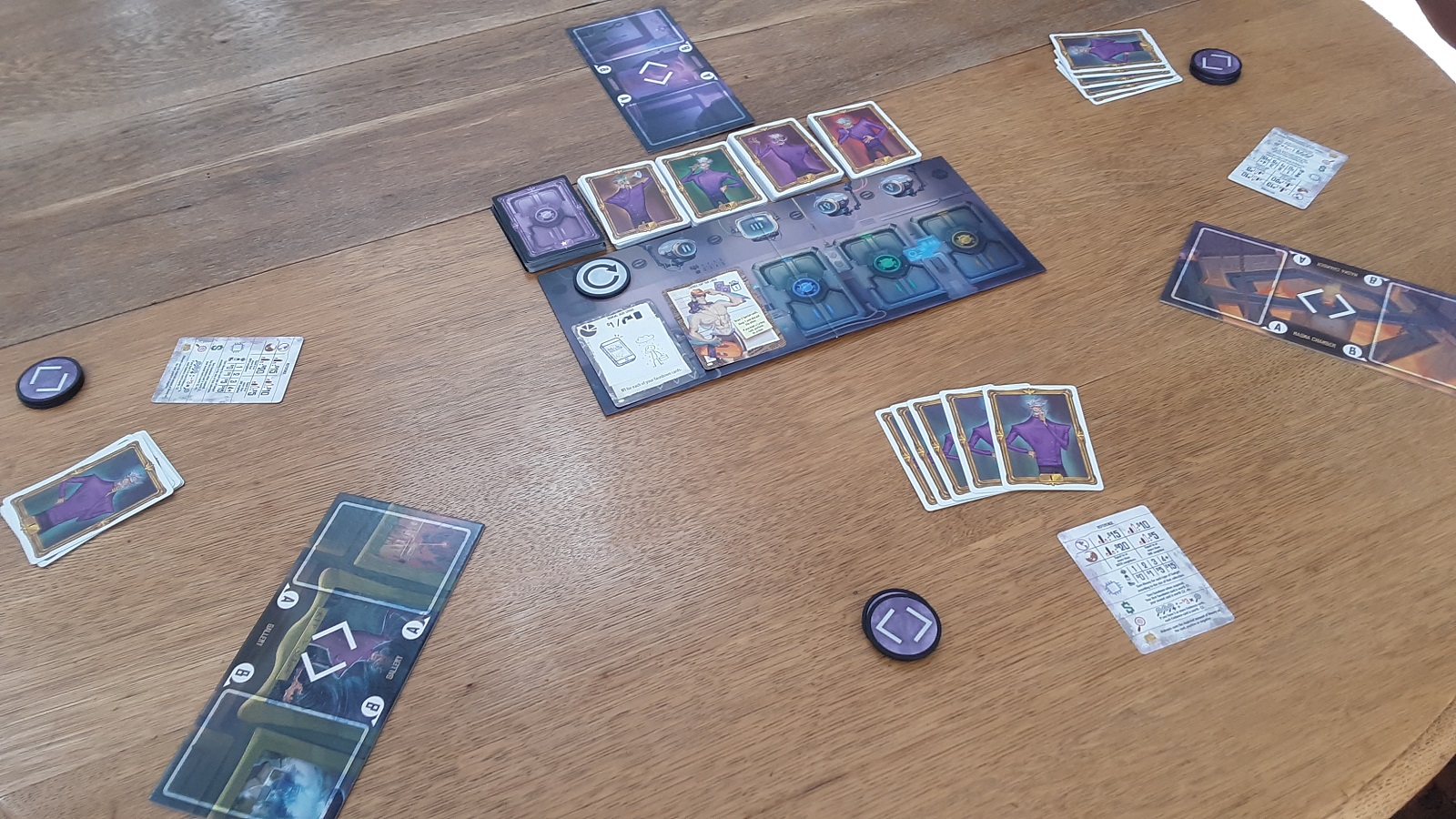 Starting off each round, players are all dealt a hand of cards and then separate those five cards into two piles, which they pass to either the left or right, depending on the round. After everyone has made their piles, players look at the ones passed to them, and secretly select a pile to keep. For the first round or two, players will simply be trying to make piles as evenly as they can, and choosing based on which sets they are interested in pursuing. However, once that initial bit of freedom has passed, players will be almost cemented into strategies, and just as the decision space of options decreases, the decision space surrounding the piles absolutely skyrockets.

Due to the relative simplicity of the sets, a quick glance at an opponent’s area can tell a player how certain cards will be under and over valued. With this information, a cornucopia of decisions are given to the pile makers. Will they separate out the piles into obvious and mutually beneficial cards? Would that be enough to create reciprocity? Would that reciprocity survive a hand of junk – or for that matter the last round – where there is no longer any benefit to remaining loyal to this fragile alliance? Or do they make the decision tough, which while certainly more interesting and devious, could potentially only serve to tank both players’ scores? 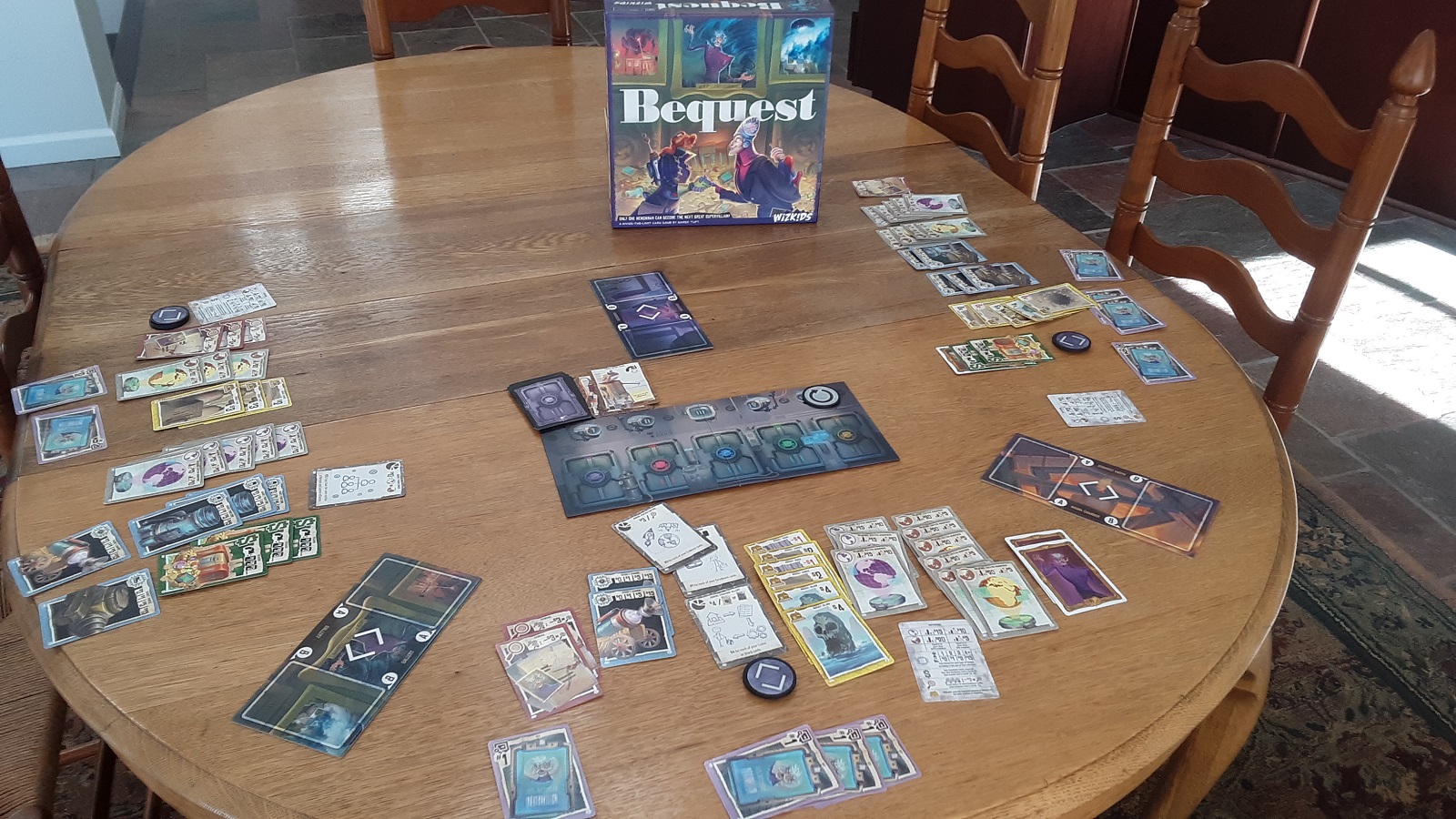 And if the decision space for creating piles is spicy, the decision space for choosing requires some backup milk to deal with all the capsaicin. Very rarely is it obvious which pile a player should pick, even if the pile maker is trying to be friendly, due to the enormous amount of variables that have to be considered. Which pile do they think they are going to get back from the player they passed to? How would each of the piles being considered work with that? By choosing the pile that’s best for them, are they running the risk of giving their neighbor too many points? This decision is given literal weight with the wonderfully hefty poker chips that players use to secretly mark their choice.

At this point, you’re probably confused why I started off so critical of Bequest, given that I have spent the last three paragraphs singing its praises. The problem is, the very things that I really enjoy about Bequest are also its downfall. While most of these light filler games have all the players interacting with each other, the piles mechanic isolates each player’s sphere of influence to just the players sitting beside them. Not an issue most of the time, but when there’s a player that just isn’t in the game for whatever reason, it really concentrates this fail state upon two players, where it would normally be distributed across the whole table, and therefore usually less noticeable. All that decision space, while a breath of fresh air for this usually rote area of gaming, opens the door to just one player with analysis paralysis easily dragging this game on to twice what it really should be. While the game does play up to six, I’d personally keep it at three or four, because too many players will create feel bad moments where a player commits to a strategy early on, only to have all the cards for it to wind up being dealt to the other side of the table. 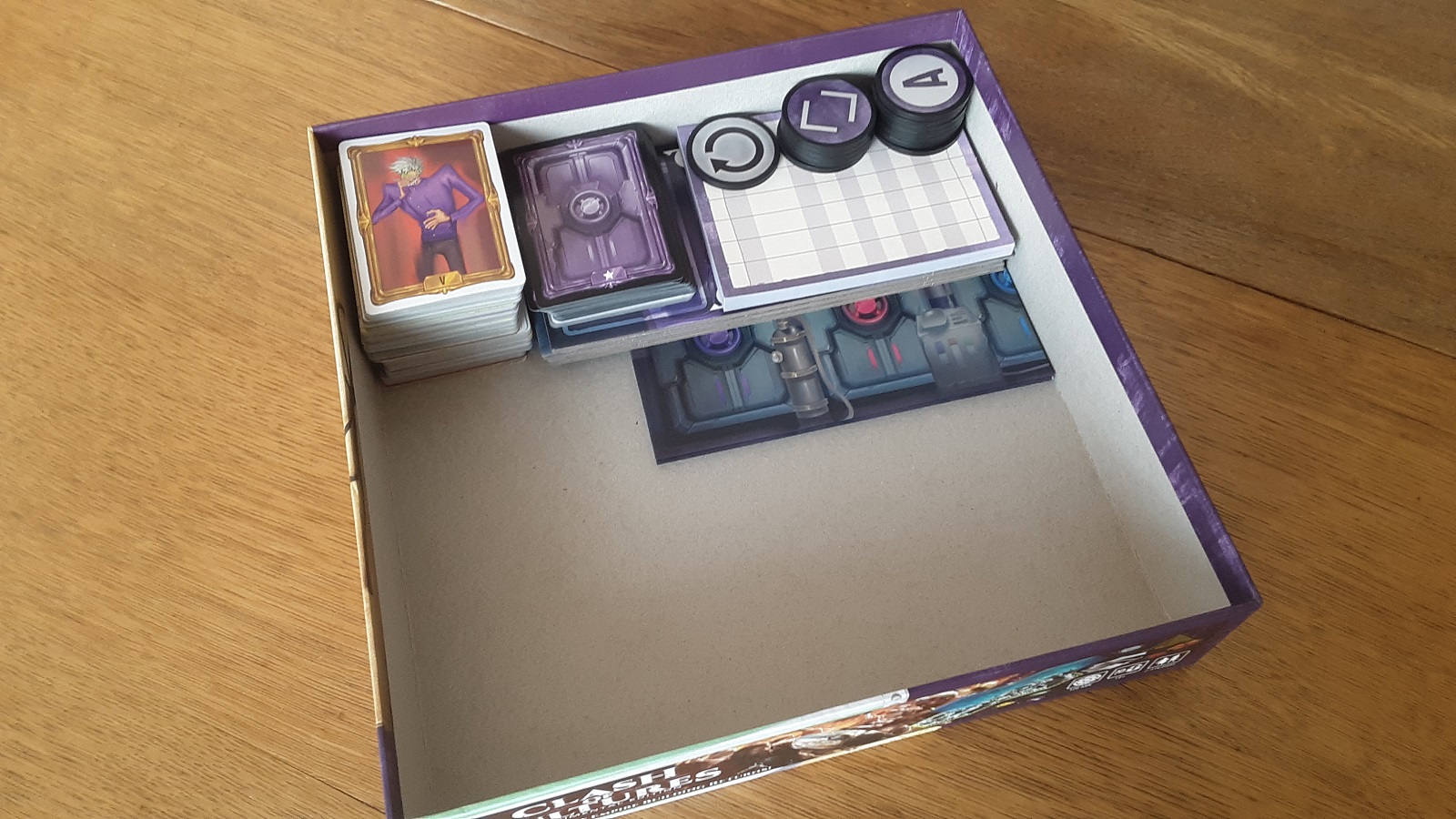 Honestly, all of those issues would be immediately forgivable, and I would have Bequest in my bag for every board game night, if it wasn’t for the one absolutely glaring problem that I seriously cannot get over. This box is obscenely oversized. As in, after taking out the insert, this game barely fills up a third of its box. This is a twenty to thirty minute filler game with a box the size of a standard board game. To a certain extent, I understand the publisher’s theory that a larger box is a cheap way to make a game sell better, but the waste of plastic, cardboard, and space in my bag is just unforgivable for me.

All of this is not to say that there aren’t people that I won’t wholeheartedly endorse Bequest to. If you’re the host of a playgroup, you won’t have to worry about toting this comically oversized box around. If one of the people you play with hates forced conflict in games, playing a nice game of Bequest helping your neighbors is a perfectly valid strategy. And if your group doesn’t have anyone that’s prone to AP, or you’ve already figured out a method of dealing with it, then Bequest is quick and snappy. Personally, though, I’m probably going to wind up giving my copy to someone who fits that bill, cause it isn’t me.

Bequest is a reasonably fun set collection game that will appeal to fans of Sushi Go and similar games. Unless the reason they liked Sushi Go was how small and portable it is, because Bequest is gigantic. If you’re keeping your copy at home, by all means, this will be a hit for your group.

Nick grew up reading fantasy novels and board game rules for fun, so he accepted he was a dork at an early age. When he's not busy researching the intricacies of a hobby he'll never pick up, Nick can be caught attempting to either cook or befriend local crows.
Related Articles: Bequest, Tabletop
Share
Tweet
Share
Submit