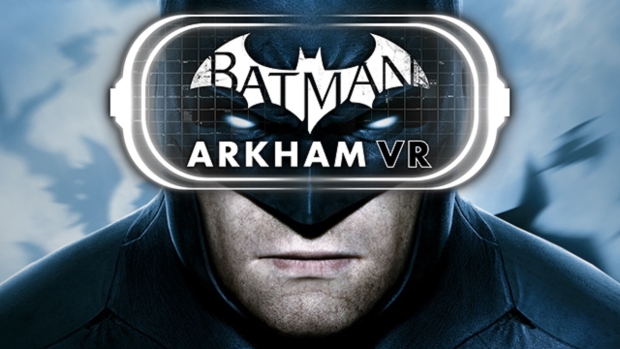 The Batman Arkham series has had some pretty fantastic titles, full of thrilling combat, head-scratching puzzles, and plenty of gorgeous graphics which bring the world of Gotham to life. While all of that was amazing, it was when these titles slowed things down that that I appreciated them most. Batman may be the caped crusader, but he’s also described in the comics as the world’s greatest detective (I personally think that honor goes to Sherlock Holmes, but he doesn’t have his own VR game yet, so I guess he loses out). Warner Bros and Rocksteady Games have taken these detective moments and offered something unique — this time you’ll put on the cowl.

While I’m quite tired of seeing the Batman origin story, it was an interesting start to the game to put you in the shoes of a young Bruce Wayne as he tragically lost his parents in an alley robbery. Powerless to act, you have no choice but to watch in terror as the inevitable unfolds. Fast forward to the present and Bruce Wayne sits playing the piano, his hands awash in cuts and scrapes from his nocturnal proclivities. Looking around, the room is alive with tiny details like several postcards from longtime rival/friend Selina Kyle, family portraits, a globe you can spin, and a large table with a puzzle waiting to be cracked, and that’s just the first area.

Moving downstairs into the Batcave, I finally get to the moment I’ve been waiting for. As the black cowl slides over my face, the PSVR fades to black and then reveals me standing in front of the mirror, armored and ready to fight crime. I’m Batman.

Screenshots or video cannot capture how cool this moment is.

The storyline for Batman: Arkham VR is that Nightwing and Robin have gone missing, and it’s up to Batman to find them using the gadgets and forensic tech Bruce Wayne brings to the field. If you only did that, you’d be missing a lot of what this game has to offer.

Much like other games in the Arkham series, I have a forensic scanner, batarangs, and a grapple gun stored in my utility belt. While I don’t have any baddies to dispatch with my gadgets, I can use my scanner to analyze the crime scene. With the facts in hand, I can then replay the sequence that led to the grisly scene at my feet, scrubbing backwards and forwards in time like in Batman: Arkham Origins.Armed with new information, I’m able to use my grappling hook to zip to the Batwing as it circles overhead.

Every one of the set pieces in Arkham VR has some level of interactivity. One such area, a morgue, has you using your forensic scanner to find bomb fragments in bodies. I spent very little time on that — instead I found two clipboards and proceeded to juggle them in the air. Hell, I don’t think there was a single thing that I didn’t throw around the room. Clipboards, vials of infected blood, syringes, a plastic lung — throwing things with a nonchalant flip simply never stops being fun.

In terms of action, Batman: Arkham VR is more of an interactive adventure than one rooted in combat. Zipping around in the Batmobile or Batwing is handled off-screen as your view fades to black, and the movement here is limited to taking a single step in any one direction by pressing a button on the Move controller, not unlike the classic PC game, Myst. Before you dwell on that too much, allow yourself to look around and see the grimy streets of Gotham and you’ll forget all about that. Neon signs reflect in the water pooled at your feet, broken steam pipes exhale plumes of mist. The world feels alive in a way that its counterparts could never achieve.

Interaction with the environment consists of flicking batarangs, pressing buttons on computers, pulling gadgets from their holster, and grabbing objects for manipulation. In the Batcave, you can reassemble broken bits of the Joker’s signature weapons, and this simple manipulation in 3D space may just be the coolest thing in VR to date. Grabbing the individual chunks and rotating them, then snapping them together with the others felt like building a puzzle in the air.

Batman: Arkham VR, with its excellent storytelling, knows exactly how to make you feel like the powerful caped crusader. Watching the Batmobile transform from a sleek vehicle in Pursuit mode to a bulldog-stanced tank in Battle mode was cool on flat screens, but it’s something else entirely in VR. Similarly, standing toe-to-toe with friend and foe reveals details that, despite over a half a dozen games, I’ve never noticed the moments beforehand. It’s hard to describe, but it’s something every Batman fan should experience for themselves.

Like many PSVR launch titles, Batman: Arkham VR is more of an interactive thrill ride than a game by the strictest sense of the word. That said, it is an experience like no other. It transports us to a world where we, playing the role of dark hero, come face to face with our enemies in a way we’ve never done before. While the ride is somewhat brief (The whole game takes about an hour and a half to complete, with the first run granting additional Riddler puzzles for a second time under the hood.) it is a unique and very complete world Rocksteady has built, giving us a taste of what’s possible. Getting to wear the cowl, even for just a while, is exactly the sort of mainstream VR experience we need.

A brief but thrilling experience, Batman: Arkham VR taps into the desire to be a hero in all of us. The tactile manipulation of the environment is incredible, leaving me wanting more. If you ever put on a cape as a kid, you absolutely must try Batman: Arkham VR.

Ron Burke is the Editor in Chief for Gaming Trend. Currently living in Fort Worth, Texas, Ron is an old-school gamer who enjoys CRPGs, action/adventure, platformers, music games, and has recently gotten into tabletop gaming. Ron is also a fourth degree black belt, with a Master's rank in Matsumura Seito Shōrin-ryū, Moo Duk Kwan Tang Soo Do, Universal Tang Soo Do Alliance, and International Tang Soo Do Federation. He also holds ranks in several other styles in his search to be a well-rounded fighter. Ron has been married to Gaming Trend Editor, Laura Burke, for 21 years. They have three dogs - Pazuzu (Irish Terrier), Atë, and Calliope (both Australian Kelpie/Pit Bull mixes).
Related Articles: Batman Arkham VR
Share
Tweet
Share
Submit