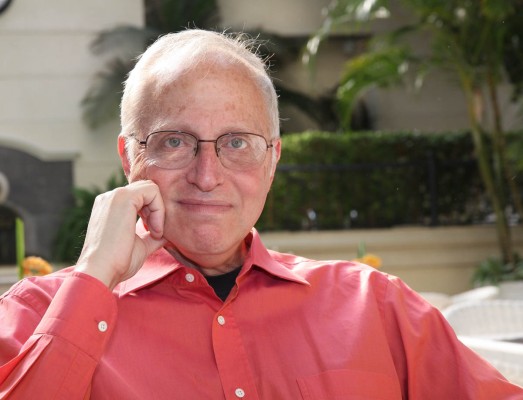 While the PC version of Batman: Arkham Knight could lovingly be called a trainwreck, there is one thing that is true across all platforms – the game has a pretty fantastic storyline. The team at Rocksteady crafted a compelling storyline for the caped crusader, full of twists and turns, well-written characters both friend and foe, and more motivation for Bruce to don the cowl once again than in any game prior. If you are playing on console, or have a high tolerance for pain and can slog through on the PC, you are in for a real treat. All that said, if you are enjoying the storyline for the game, I’ve got a treat for you.

If you have picked up a DC graphic novel or comic, you’ve likely heard of Marv Wolfman. With a name seemingly hand-crafted for this line of work, Wolfman has penned Teen Titans, Weird Mystery Tales, The Tomb of Dracula, Blade, Daredevil, John Carter, The Amazing Spider-Man, Green Lantern, Crisis on Infinite Earths, DuckTales, Transformers, and now Batman: Arkham Knight. You don’t have a career that spans half a century by luck — the man knows how to craft an amazing storyline.

Like the bulk of my reviews, I’ll try to be as spoiler-free as I can be, but I’m assuming that you’ve completed Batman: Arkham City. If you haven’t, then you might want to stop here.

Batman: Arkham Knight’s novelization begins a year after the conclusion of Batman: Arkham City. Gotham has become quiet with the death of the Joker, but Commissioner Gordon sees this quiet for what it is — the calm before the storm. In a city full of super villains, it doesn’t take long before one takes charge. The Scarecrow steps to the fore, threatening to unleash a deadly fear toxin, but the mere threat of it throws the city into a panic. Unfortunately, the Scarecrow is just one of a rogues gallery of problems for the caped crusader.

The storyline itself unfolds in a fairly tight arch alongside the game’s narrative, but Wolfman takes some liberties. The descriptions of the villains, the internal conflict of Bruce Wayne, the white-hot seemingly-inexplicable anger of titular newcomer Arkham Knight, and the surprise interaction of a long-time nemesis makes this book an absolute page-turner. I was shocked at how often I lost track of time — when was the last time you said that about a video game novel?

One of the things I appreciated is the way Wolfman sets up flashbacks to previous games. Whether it serves as a trip down memory lane for players who experienced the prior titles, or exposition for those who may have skipped one (or all) of them, they do a great job of shoring up the story and linking all four of the main games together in one cohesive package. Some of those liberties I mentioned even uncover more of Bruce’s troubled past, providing more context to his icy demeanor (the man doesn’t seem to have “please” in his vocabulary). It adds a great deal of depth to what could easily be a one-dimensional character.

As a personal aside, I’m typically not a graphic novel reader. I own a few, but the chunklets of story split into literally hundreds of pieces tends to turn me off. In this format, the 364 page paperback allows fans like me to enjoy the narrative in that lets our imagination fill in the details, rather than having it illustrated for us.

Batman: Arkham Knight serves as a perfect example of novelization done correctly. Titan Books partnered with the right author, and the results simply couldn’t be better. If you are a Batman fan, and can’t get enough of the Arkham Knight story arch, I highly recommend this book.

Ron Burke is the Editor in Chief for Gaming Trend. Currently living in Fort Worth, Texas, Ron is an old-school gamer who enjoys CRPGs, action/adventure, platformers, music games, and has recently gotten into tabletop gaming. Ron is also a fourth degree black belt, with a Master's rank in Matsumura Seito Shōrin-ryū, Moo Duk Kwan Tang Soo Do, Universal Tang Soo Do Alliance, and International Tang Soo Do Federation. He also holds ranks in several other styles in his search to be a well-rounded fighter. Ron has been married to Gaming Trend Editor, Laura Burke, for 21 years. They have three dogs - Pazuzu (Irish Terrier), Atë, and Calliope (both Australian Kelpie/Pit Bull mixes).
Related Articles: Batman Arkham Knight: The Official Novelization
Share
Tweet
Share
Submit