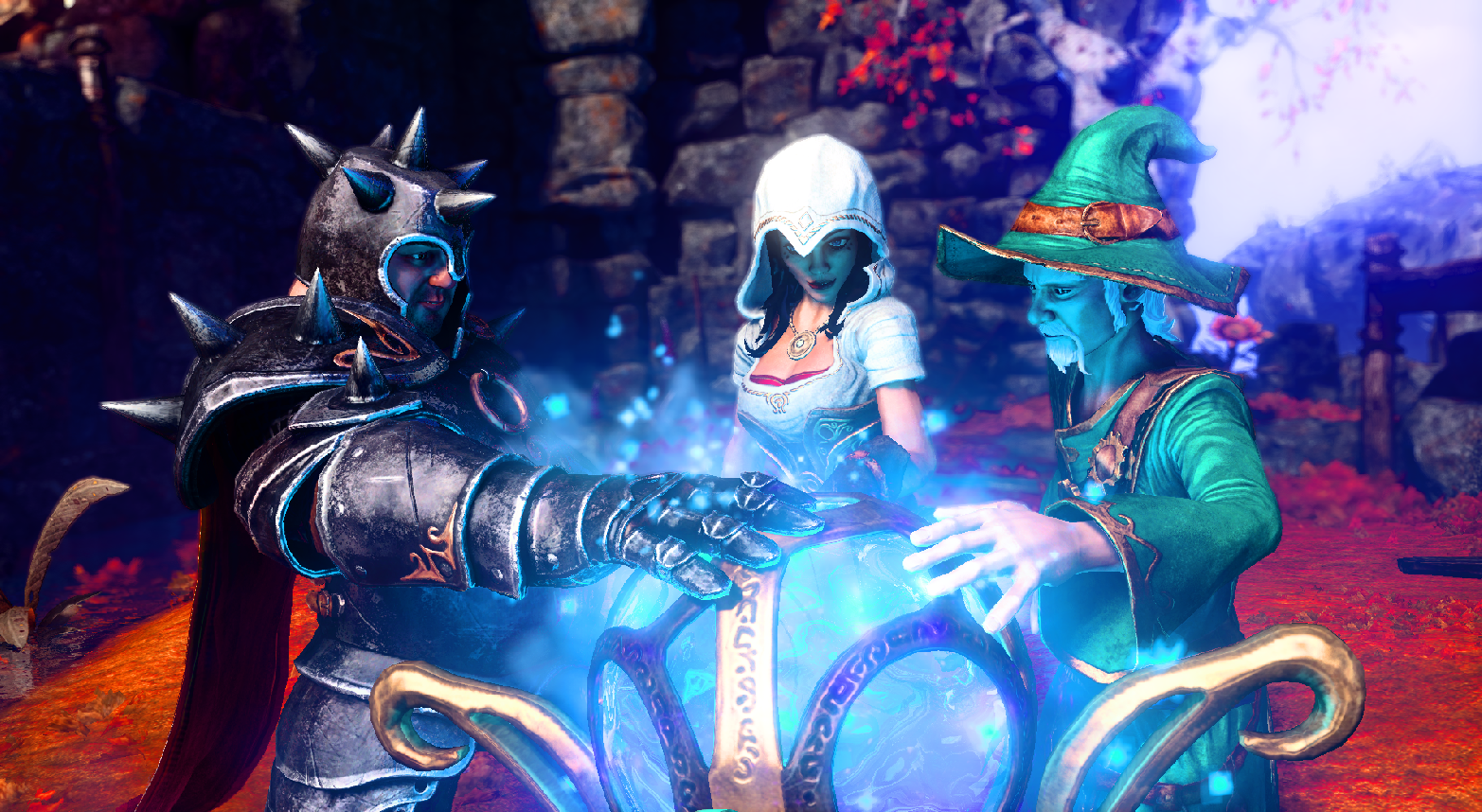 Trine 3: The Artifacts of Power is more or less forgettable. The first, and sadly only good thing you will notice is how visually striking the levels are. Developer Frozenbyte did a fantastic job with the art style and lighting in the third story of their critically-acclaimed series. Previous Trine titles were traditionally 2D platformers, but Trine 3 takes its heroes into the third dimension, sort of. The world feels more alive in 3D as you swing, jump and float past mountain ranges and vast jungle canopies. The landscapes that Trine 3 explores are wonderfully majestic, from a white sandy beach to an enchanting redwood forest to a magical wizarding academy. The sceneries are a definite high point of the game; unfortunately, it’s about the only one.

There are eight story chapters in which you lead your three heroes through a puzzling adventure as they try to recover the fractured pieces of Trine that their souls were once bound to. During the first chapter of their journey they decide that the responsibility of being bound to Trine was too much to handle, so they attempted to break themselves free of the powerful artifact. In doing so, they not only released the essence of Trine, but also a more sinister counterpart to Trine, Z’Rek, who, upon escaping his crystalline prison, sought to wreak havoc on the world. Okay, is everyone with me? No? Well, don’t feel bad. I don’t understand, or even care, either.

Alongside the story chapters are 10 side missions/challenges that focus on a single hero and are geared toward their specific powers and abilities. Amadeus the Wizard must puzzle his way through the cellars of the wizard academy, Pontius the Knight battles waves of enemies in arena-style combat, and Zoya the Thief explores various tombs and temples. All of the side missions/challenges are bite-sized versions of the story missions; none of them were engaging or added anything to the overall experience, not to mention that when you die you have to restart the entire level over.

The gameplay consists of controlling three different heroes—a wizard, a Thief, and a knight—with the ability to swap between each of them on the fly. The wizard can levitate and control certain objects, as well as summon a magical box to help clear puzzles. Can’t jump onto that high ledge? Why not summon a box to stand on. The assassin can use a rope to swing over gaps and pull objects towards her, while also using a bow and arrow to shoot switches and enemies. The only remotely clever puzzles involve using the thief’s rope to latch onto doors or platforms, looping it around a column, and anchoring to itself or another object in the game. The knight is your primary brute-force character. When there are enemies to dispatch, he’s the guy you want to be. With his sword, shield, and shoulder charge, enemies are usually nothing more than fodder for the edge of his blade.

Here is the problem: The puzzles and enemies that Trine 3 offer up to the heroes as a challenge are hardly that at all. The game is too simple. I am not by any means proficient at puzzle games; in fact, I’d consider myself bad at them, but there wasn’t a single puzzle that felt challenging or caused me to pause and think about how to progress. Some were frustrating, but for a whole other reason.

Many of the objects and interactables in Trine 3 are physics-based—if you push, pull or shoulder charge something it will react and bounce off other objects accordingly. On the surface this seems like a good idea, but you find that because of this you can cheese your way around puzzles without having to complete them properly, and that’s an issue.

One area early in the game that stands out is during an arena-style combat scenario where a new enemy type is introduced. Ideally, you should be switching back and forth between your heroes to attack the medieval-esque tank by baiting it into an attack and then levitating its own weapons and slamming them down on top of itself. I had a couple heroes die before the fight and did not have access to them because their souls respawned behind a locked door, so I was at a disadvantage. After a few frustrating tries, what I did was look to my left, jump on a bookshelf, then a lamp, finagle my way onto a not-to-be-standing-on part of the wall, jumped out of the arena, and walked through the exit to end the chapter and completely skip the final fight in that level. This wasn’t an anomaly either; I was able to just bypass several puzzles throughout the game and it felt more or less like the developers just didn’t playtest efficiently.

During another puzzle that required the abilities of at least two out of three of the heroes, two of them fell down a pit to their deaths while attempting the puzzle. Like in the previously mentioned fight, the heroes souls respawned in an unreachable area, this time ahead of the puzzle that I was trying to complete, so that I had to restart the the chapter from a previous checkpoint. The respawn system was the cause of more than a couple headaches, and made the game more frustrating than it needed to be.

As you continue to slog through the journey, it becomes apparent that the later chapters have higher unlock tiers that can only be opened by collecting a specified number of “trineangles.” Get it…because the game is called Trine and they’re the shape of triangles…(shakes head shamefully). These higher unlock thresholds mean that you have to go back and play—and even complete—some of the previous levels just to experience the main story.

Once you tediously replay several levels over and are able to unlock the final level, you can finally see how the not-so-exhilarating story concludes. Or do you…?

Okay, so the end(?) of this game is one of the more absurdly noteworthy components of the game. I will not spoil it, but basically when you think the game is going to end, a cutscene plays that very specifically states that the adventure isn’t over and even says where the heroes are going to next. So, at that point you think, “Okay, so now they’re going to open up a previously unseen world map to this aforementioned new area.” Then…credits. Yup, the game is over. The story just leaves off right in the middle with no indication as to when, or even if, the story will ever be completed.

Trine 3: The Artifacts of Power

Trine 3 is an incomplete mess that feels like the game’s creators just ran out of time (despite four months in Steam Early Access). The graphics, art style, and landscapes are stunning, but aren’t enough to make Trine 3 a game worth your time.

On December 5, 1986, Josh was born into this world pink-faced and squalling. His only thoughts were, "WHAT IS GOING ON? WHO ARE ALL OF THESE PEOPLE? AND WHY THE HELL AM I NAKED?" 19 years later he bought an Xbox 360 and now plays and writes about video games. Life is funny that way.
Related Articles: Trine 3: The Artifacts of Power
Share
Tweet
Share
Submit 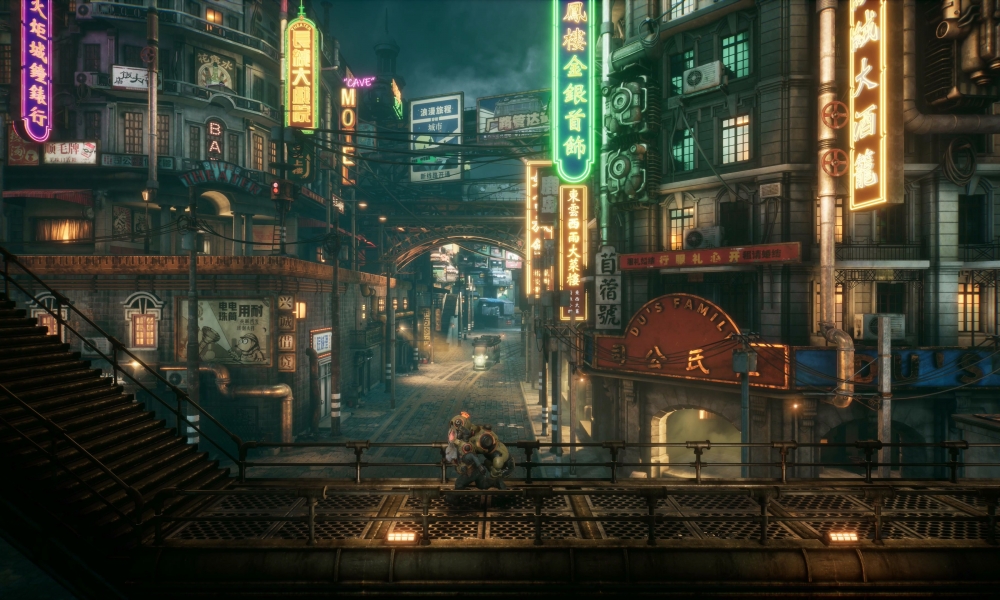 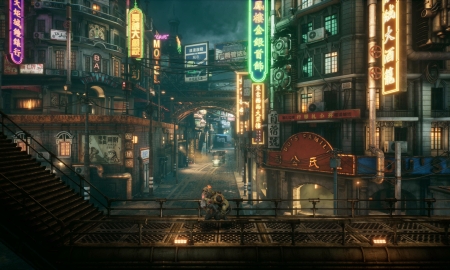 F.I.S.T. Forged in Shadow Torch Review – A gorgeous trip through a grim, dark, and dirty world

The metroidvania genre has come a long way from its humble beginnings in 1994 with Super Metroid and 1997 with Castlevania: Symphony...