Your brother has been kidnapped by a strange beast that’s destroyed your home and killed your father. You follow the beast’s trail into the forest, only to discover your brother being pulled into an otherworldly portal. You attempt to follow, but it closes too quickly, and you find yourself alone in the woods. Well, alone save for the mythological creatures like trolls, talking trees, and the three jötunn who watch over the land. In Röki, you play as a young girl named Tove as she searches for her brother Lars and encounters various figures and creatures from Norse mythology. It’s an adventure game, so you’ll be running all around the game’s world picking up anything that isn’t nailed down and using those items on everything else. It’s a game with a lot going on on the surface, but unfortunately fails to captivate its audience.

Röki’s art style is astounding, with a few caveats. The environments and non-human characters all look fantastic and stylized with the game’s washed out, snow-y color pallet. Humanoid characters look good too, aside from their uncanny faces. Their bulging eyes and weirdly animated features look strange and unnatural. Character animations, such as climbing or slashing vines with a knife, are also overly long and stiff. Climbing especially is something you’ll have to do quite a lot as you near the end, so it becomes extremely frustrating when you’re just trying to get somewhere and see if this thing goes with that thing, which it usually won’t. Aside from exploring and looking at the gorgeous scenery, you’ll be solving the aforementioned inventory object puzzles. The puzzles themselves are fairly easy to figure out, the difficulty comes from actually finding items you need. To help with finding interactable objects, you can press a button to have all interactables on screen glow white for a second, in a mostly white with snow environment, and many of the items you need to pick up are extremely tiny. You can see my problem with this. Every single time I got stuck in the game, it was because I couldn’t see an object I needed, not because any of the puzzles were actually difficult or required much thought. 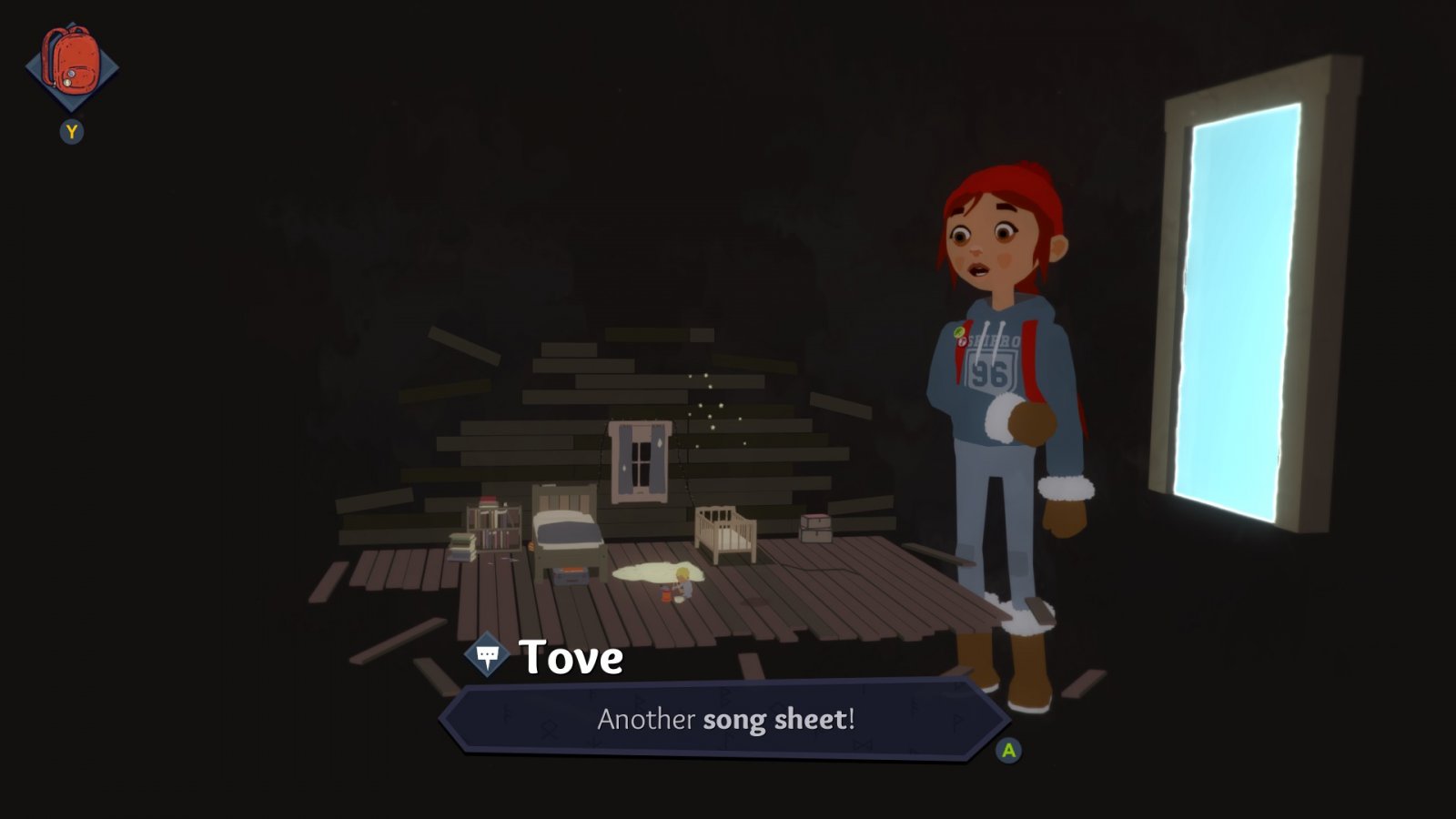 Controlling Tove is a bit strange, at least in the adventure game genre. It feels perfectly fine when using a controller: you walk around with the control stick, interact with nearby objects with the A-button, and drag items you want to use on said objects by clicking and dragging with the left stick. The problems begin when you try to use a keyboard and mouse, as it controls the exact same way with no mouse cursor support. It just feels bad to have to mostly use the keyboard in what’s supposed to be a point-and-click adventure game, so I stuck with a controller for the entire experience.

The story the game tries to tell isn’t very compelling. It never really changes or develops in novel or unexpected ways, and the way it attempts to tug at your heartstrings with a vague story about Tove’s broken family feels shallow and tired. There’s no standout characters or moments, the puzzles take little thinking, and while the environments are beautiful, facial features look uncanny, so is there anything to enjoy in Röki? Yes, actually: the mythology. 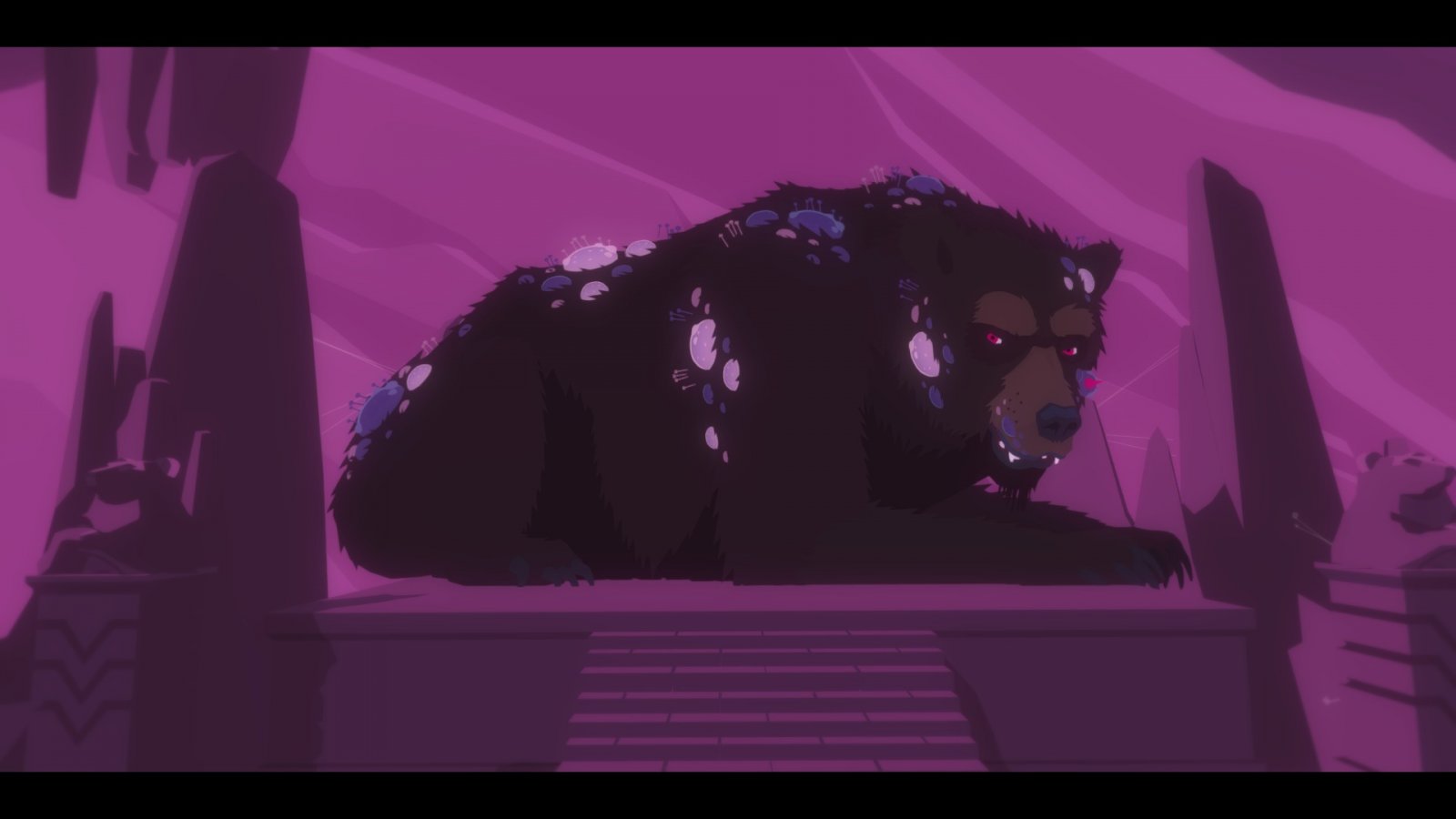 I find Norse mythology extremely compelling, with tons of interesting and subversive stories, even in our current age. It’s not quite as prevalent as say Greek myths, which makes it even more interesting because contemporary stories are less often influenced by it. This makes Röki’s world fascinating, even if it doesn’t go too much into detail. After finishing the game, I still find myself thinking about the figures I met along the way and want to learn more about where they came from. So, while it may be a sub-par adventure game, Röki did make me curious to learn more.

While Röki doesn’t do anything particularly new or interesting, it does present a gorgeous world and introduces those unfamiliar with many myths and legends to learn more about.

David is the kind of person to wear his heart on his sleeve. He can find positives in anything, like this is a person who loved Star Fox Zero to death. You’ll see him playing all kinds of games: AAAs, Indies, game jam games, games of all genres, and writing about them! Here. On this website. When not writing or playing games, you can find David making music, games, or enjoying a good book. David’s favorite games include NieR: Automata, Mother 3, and Gravity Rush.
Related Articles: Indies, Röki
Share
Tweet
Share
Submit