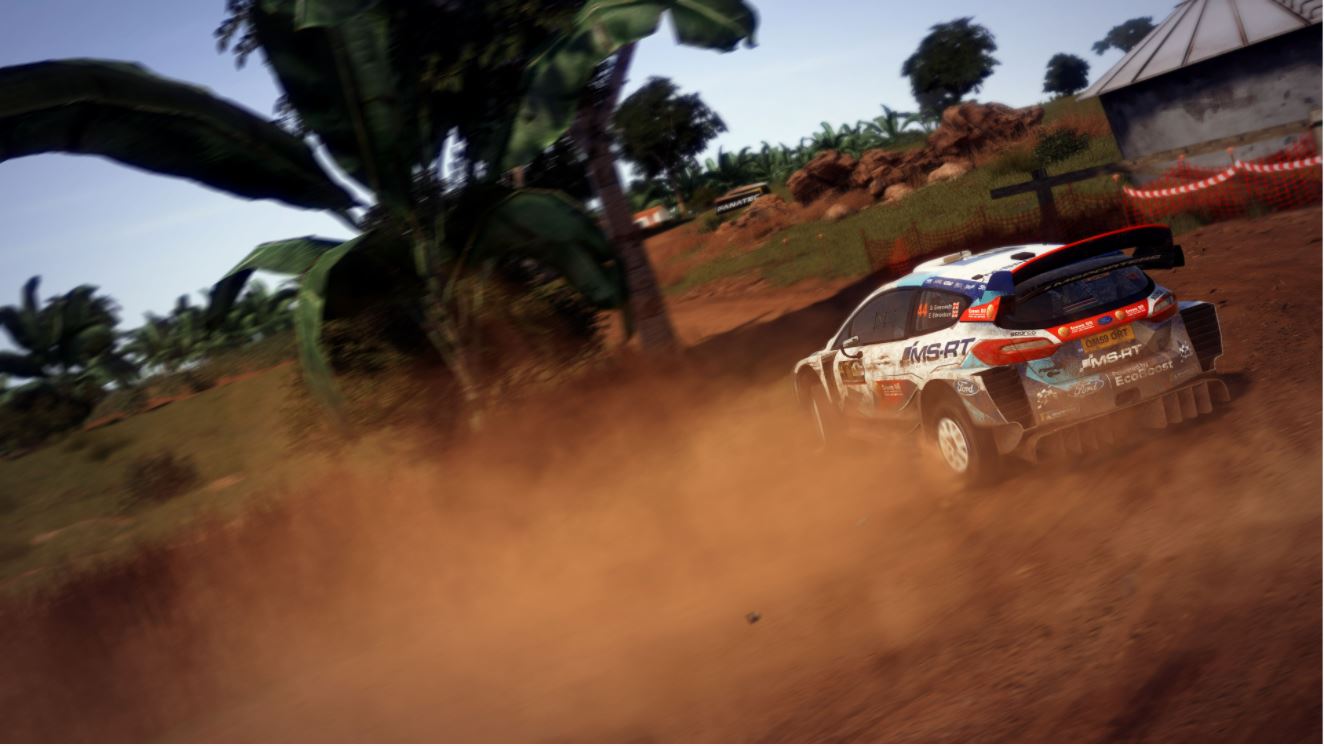 I have to preface this review with the fact that I am not much of a racing gamer. I remember spending my PS2 days playing a lot of Gran Turismo 3, and Mario Kart 8 Deluxe is always fun, but I’m about as casual as it gets with this genre. I’ve tried to get into the recent Forza games, both the mainline and Horizon series, but I generally would rather be running around the battlefield or exploring a dungeon.

So why am I the one to give you the down low on WRC 9? Well, besides it being my job to do so, the basis of this review will lie in whether or not WRC 9 can grab hold of a complete newcomer to the franchise. Given there are nine entries there must be something worthwhile, so let’s uncover it.

The game begins with asking you if you’re very experienced with racing games, which of course I’m not. From there I was able to get a bit of a tutorial to learn the basics, like acceleration, braking, the normal things you need to know. The first thing that strikes you is how much precision is going to be required as you play, as every time I sped up, my turns became tougher to make. Once it was all done, it threw me into the main menu, which is loaded with different modes to try. You have everything from quickplay, to career mode, and even splitscreen, which is a welcome change to the single player nature of most modern racing games.

Now, here’s where things become complex as I figured I’d give the career mode a try. I thought it’d be a good place to start, as well as a place to hopefully get bearings on how the series works. But for every question I thought I had going in, ten more appeared when I came to the career hub. Let me start with this, the career mode does begin by doing everything for you, similar to how I’ve seen mobile games handle the navigation. They point you to a specific thing or action, then only let you do that. This is a good thing, since I had no clue what I would be doing otherwise. There is a bunch of information in front of you in the career hub, and the amount of tasks available are astounding. For someone who loves WRC or is into this series, you have to be salivating over the options in front of you. The amount of depth here is shocking, and probably deeper than I’ve seen in any sporting franchise, including the likes of Madden or NBA 2K. You are doing everything from scheduling events, paying for car repair, buying skills from a skill tree of all things, and even picking members of your team. I never thought going into this I would be looking over meteorologists for my crew, but here we are. 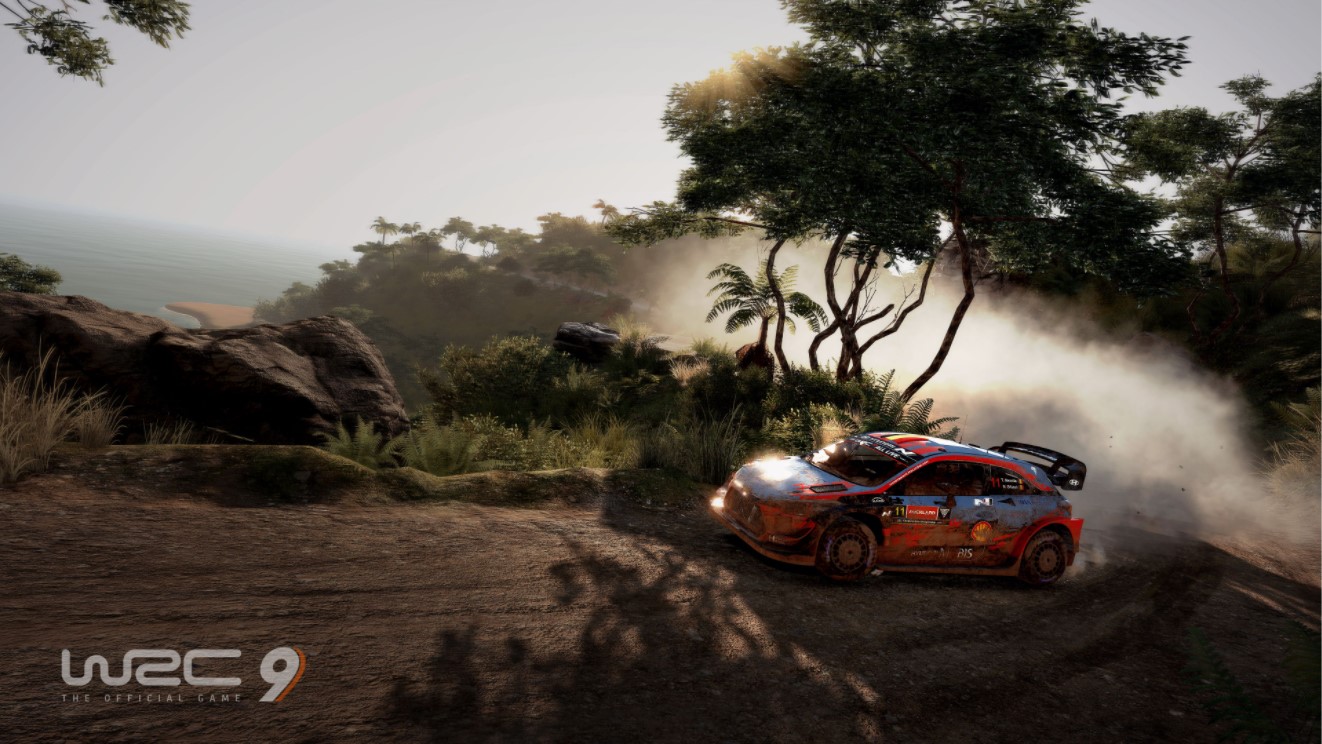 Now here’s where it takes an unfavorable turn, and this is as mentioned before the crux of this review. I’m new to WRC and somewhat confused with the systems at play. I have no idea what camber is, I’m not always sure what rally car to choose, and boy did they make difficulty levels tough to understand in making them numerical with 50 being the lowest. WRC 9 leans heavily into it’s simulation branding, and while it’s still fun to play, takes itself so seriously it’s tiring to learn. The best comparison may be The Sims versus Civilization VI, one is goofy with plenty to discover, and the other takes time and effort to master. I’ll probably say this a lot throughout this writing, but this game is definitely for driving game connoisseurs over newcomers.

Of course, with simulation comes detail and WRC 9 is flush with it. Given this is an offroad style of racing game, the courses involve the great outdoors in different environments and with many different weather conditions. The snow-covered tracks shine from the glare of the sun on the snow, dirt roads crackle under tire and kick up dust, and the countryside is teaming with foliage. Each location feels fresh, from the hills of Kenya to the cold mountains of Sweden. The courses just feel alive, even if the NPCs cheering you on aren’t as detailed. Kylotonn has done a phenomenal job populating these tracks, and they’ve even added a photo mode so you can capture the beauty of them.

Besides this, the detail of the cars themselves are incredible.There’s a glossiness to the car, a whine to the engine you don’t always get with every game. This extends from the glare of your headlights to the flare up of your exhaust, conveying the time and care put into WRC 9. While it is a bit annoying to me, the popping popcorn-like sound of rolling to a stop on asphalt shows attention to the little things, and it just rounds out an impressive visual and audical package. This game looks like it belongs on the Xbox Series X, taking complete advantage of the 4K resolution to make this one of the best looking and sounding racing launch titles on the console.

When it comes to the gameplay, I have to say it runs well and does what it needs to do. For those not familiar, you won’t be racing a bunch of other cars. Instead, it’s all about shaving every precious second off of your timed run in order to beat the times your sometimes imaginary opponents put up. While it’s a bit odd to me, and somewhat lonely on the track, it makes sense given the narrowness of the courses. Speaking of loneliness, you’re never completely by yourself, as your friendly co-driver is there to give you instructions as you drive. I don’t understand all the lingo, but with the perils of the road at play, his instruction as well as a handy GPS-like arrow helped me know what was ahead.

While I know I’m not the most experienced racer, initially I thought the controls were a bit too touchy. While they may still be, I spoke with a friend more knowledgeable with these games, and after watching him play I can see it’s my inexperience more than a lack of development. Being a simulation game, you can’t race around at 120 miles per hour and expect to come to a complete stop to make a turn. I think the controls can be improved upon, but it doesn’t impair your enjoyment of the game. The only thing that can be frustrating is edge detection, when you pass by a cliff face and you don’t think something caught you, but your car goes flying as if plowed through by an invisible opponent.

Something really impressive about the next generation version of this game is the loading times. I know many already have probably played a WRC game on PC with an M.2 or SSD Sata drive, so the novelty of it may have worn off. But for me, jumping nearly instantly into a race is incredible. If there was any loading, it was always in mere seconds, and if I ran off the road and the game automatically put me back on the track, that loaded instantly as well. I know I just went over the beauty of the environment, but if you drive as fast as I tried to but you still don’t see any pop in, the developer has done some incredible work. I also saw very little if any drop in frames, and given it runs cleanly at 60 frames per second on my display it looked buttery smooth. WRC 9 can also push upwards of 120 frames per second on compatible displays. Kudos yet again to Kylotonn.

Before we finish this up, let’s talk about splitscreen. It’s not your traditional style, given as mentioned before these are narrow tracks and you don’t directly race each other in WRC 9. But what the game does to make up for it however is to add a ghost car for you to chase (or watch in your rearview mirror), and that does just enough. Not to mention you have the large amount of tracks and vehicles from the single player available for you and your player 2 to select. It’s a creative way to add splitscreen into the game, and I applaud any developer that supports local co-op. There just isn’t enough of it in gaming anymore.

WRC 9 is a beautiful game that will speak to the enthusiast. There are a plethora of modes, and the career offering is packed with plenty of ways to customize your experience. The only issue I have is I don’t see myself returning to it often because of its esoteric nature. I’m not the target audience, and while that’s okay, new players may feel a bit excluded.

David Burdette is a gamer/writer/content creator from TN and Lead Editor for Gaming Trend. He loves Playstation, Star Wars, Marvel, and many other fandoms. He also plays way too much Call Of Duty. You can chat with him on Twitter @SplitEnd89.
Related Articles: WRC 9
Share
Tweet
Share
Submit