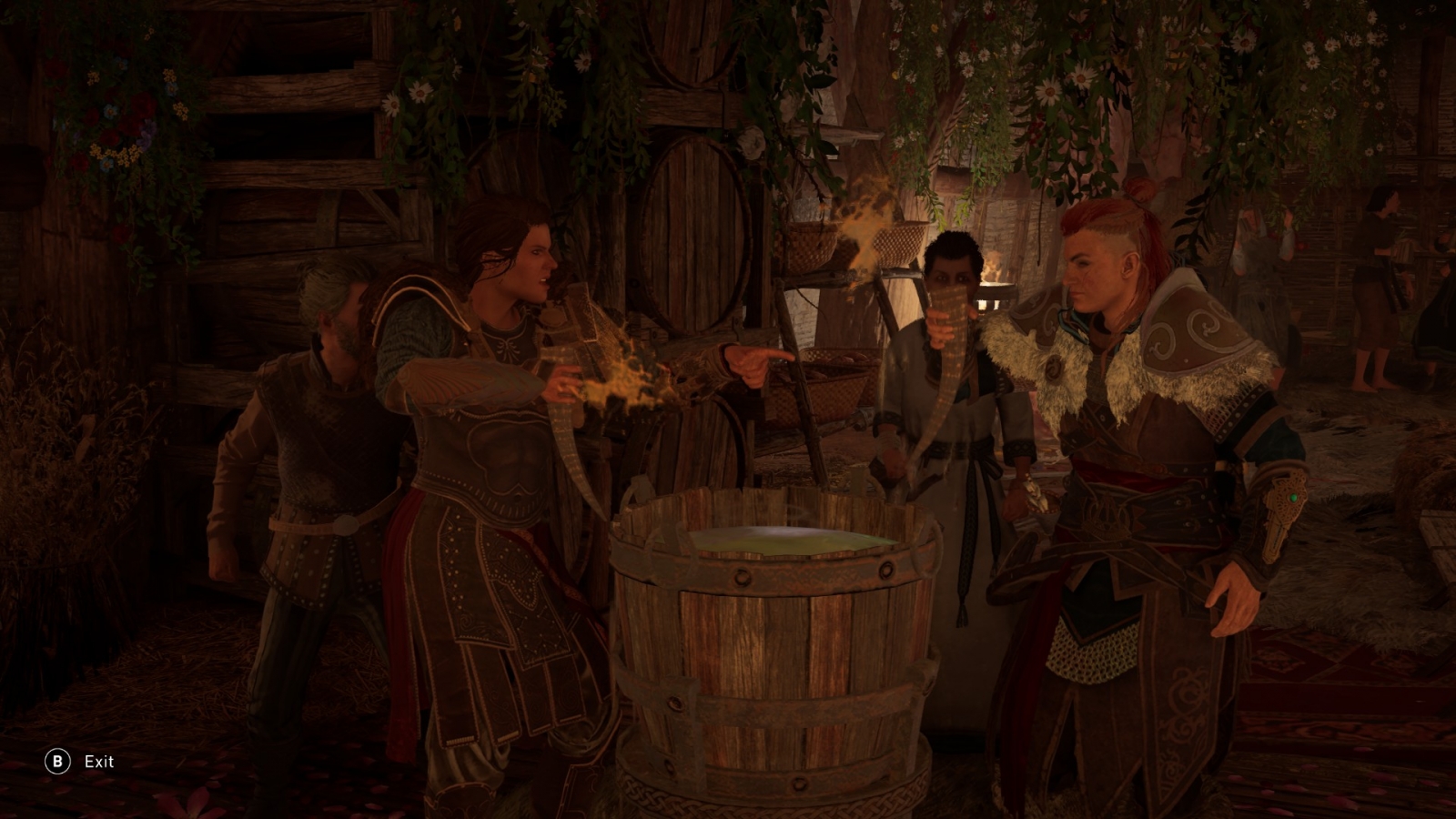 The isle of Skye is plagued by insomnia. When denizens can sleep, they see nightmares of a woman with an eagle tormenting their home. Recruited by a friend of the seer, Eivor travels to Skye to determine the problem and solve it. Upon arriving, she meets with the mysterious woman in a graveyard and, after a scrap, discovers she is a Greek named Kassandra searching for an ancient artifact that is the source of the nightmares. Reluctantly, the two team up to save Skye, but along the way they might just stop bickering long enough to become friends.

I think it’s safe to say that Assassin’s Creed Odyssey is one of the franchise’s most popular entries thanks in no small part to its protagonist: Kassandra. While you could choose to play as Alexios, his sister was intended to be the star from the start and ended up winning out in peoples’ minds. Because of this (and certain story elements from that game), Kassandra returns in Assassin’s Creed Valhalla for the series’ first ever crossover.

On the Valhalla side of this free update, you get to explore Skye as you search for the artifact. While the main quest is the main attraction here, there are still some side activities and treasures to find to keep you busy, though it’s not nearly as large as previous DLCs. Said main quest will take about an hour or so to complete, perhaps less if you rush. It certainly doesn’t add anything new to the overall lore or story, but seeing the two cool characters interact is pretty interesting. Kassandra has changed a lot since we last saw her, and not entirely for the better, so her regaining a bit of that exuberance after meeting Eivor is nice to see.

While the cutscene and some key art introducing her shows the pair fighting, you don’t actually get to fight her yourself which is disappointing. Maybe she’s an optional boss somewhere in the world post story, but sadly I didn’t have time to look and I highly doubt it based on the ending. What is here, though, is yet another fun chunk of Valhalla that doesn’t feel overly bloated or recycle too much content – it’s just right. I hope they continue these crossovers in future games, keeping them both free and short so they don’t overstay their welcome.

Assassin's Creed Valhalla - Crossover Stories is a fun chunk of new things to do that recaptures the magic of the base game for a moment. It's short, fun, and free.

David is the kind of person to wear his heart on his sleeve. He can find positives in anything, like this is a person who loved Star Fox Zero to death. You’ll see him playing all kinds of games: AAAs, Indies, game jam games, games of all genres, and writing about them! Here. On this website. When not writing or playing games, you can find David making music, games, or enjoying a good book. David’s favorite games include NieR: Automata, Mother 3, and Gravity Rush.
Related Articles: Assassin's Creed Valhalla - Crossover Stories
Share
Tweet
Share
Submit