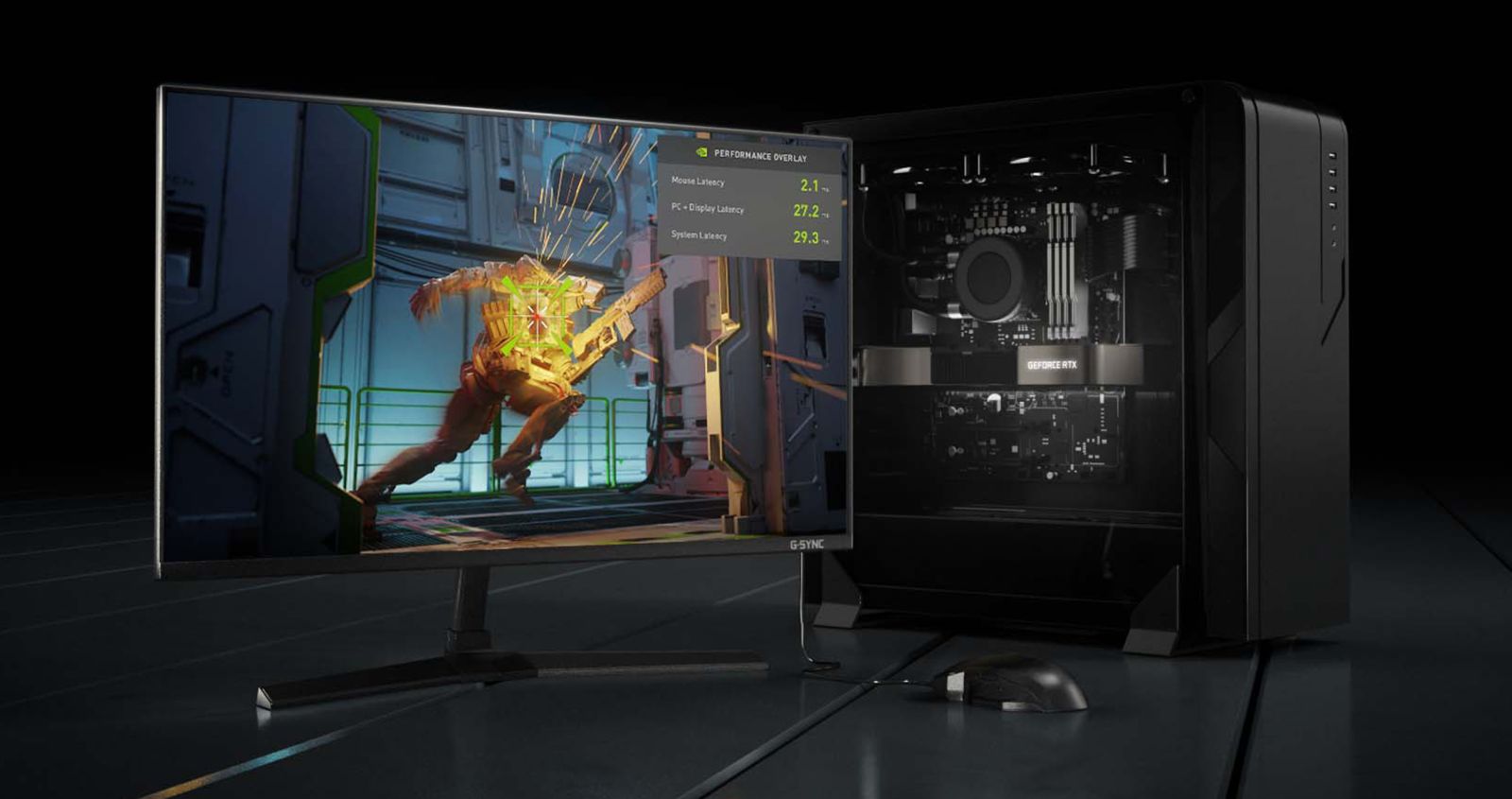 We’ve seen a lot of amazing tech from NVIDIA this year, and with rock solid implementations of things like DLSS and RTX, our favorite games look better than ever. Well, to close out the year they’ve got one last trick up their sleeve, though it’s less of an overarching technology and more of an educational tool.

According to their research (courtesy of the GeForce Experience), over 75% of players who use GeForce cards are playing competitive games. With 13 of the top 15 games being competitive eSports titles, a conversation about end-to-end-latency was bound to happen. NVIDIA put together a fantastic app called Reflex that uses software to bypass the render queue, creating a more direct pipeline between the GPU and CPU. Better still, the more powerful the GPU, the faster that pipeline will be. Games like Overwatch can go from 56ms on a GeForce 1660 Super running at 60Hz all the way down to 9ms on an RTX 3080 with a 360Hz refresh monitor. But if all of that sounds like a number salad to you, then you might be interested in something that lets you see the difference between 24ms, 55ms, and 85ms. Well, by the time you read this you’ll be able to do exactly that with KovaaK’s Latency Challenger.

Before we get into the app, let’s touch on a few tech notes. The first thing you’ll want to understand is “pixel response time”. Your monitor has a response time that is determined by the amount of time it takes to transition from one color to another. When you are talking about high framerates, this response time has to be as low as possible lest you end up with blurry or “ghosting” which can be insanely distracting. Monitors with a response rate of 1ms GtG are a must-have if you want to play competitively.

This new app from NVIDIA, KovaaK’s Latency Challenger, lets you test out the aforementioned 24ms, 55ms, and 85ms system latency. It simulates the kind of gaming you could expect by having you rapidly shoot three circles as fast and as accurately as possible. Higher framerates and lower latency will allow you to do so more accurately. Better still, it’s a reminder that just because you have a 12th Gen Intel Processor, DDR5 RAM, and you managed to nab an RTX 3080 Ti, doesn’t mean you shouldn’t then match it with a high quality fast response rate monitor.

The app is free to try for a week, and will cost $9.99 afterwards. If you try it out during this free period (you don’t even have to be any good or make the leaderboards) you’ll earn an entry for over $20,000 in prizes like 360Hz monitors, ultra-light mice from Logitech, and even RTX 3080 cards.