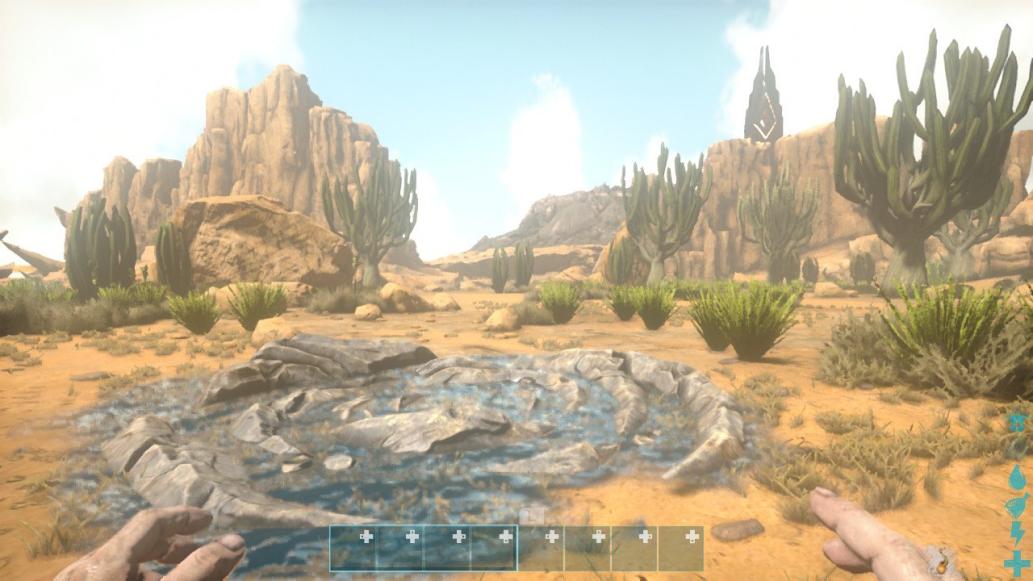 I’ve been around ARK for a while. It was all my streamer friends would play on stream, so I learned how to play ARK. Usually, we played on The Island because it was the easiest for everyone. It was my job to use the Parasaur and get all of the necessary materials for our Tribe Leader to make the things he wanted to make. I had also played Scorched Earth (and seen Scorched Earth played) before taking a crack at the Switch Version for this review.

I’ve played ARK on the PC, Xbox One, and Xbox Series X. For the Switch version, I played online with my partner Regan in the other room playing on their Switch and we also both tried out the single player mode. How did it go? Well, there are some highs and lows with the Switch Version, so let’s go for a ride. 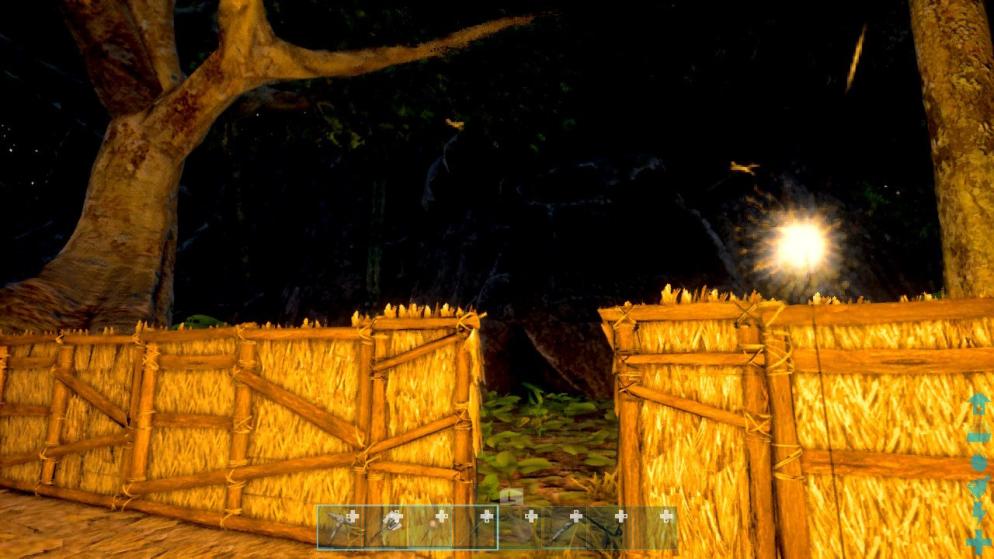 I’m going to be completely honest and transparent about this process: it was a rough time at the start. We were given codes for both the base game and the Ultimate Survivor Edition. When we jumped in, there were no dinosaurs at all, and every so often we would just start dying of dehydration for no reason. At nighttime the game impossible to navigate, and even if we did run into each other, we were dead within a few minutes due to something we didn’t do or had any control over. Regan and I played for about 10 hours total before we reached out to the development team. *Side note: these glitches did not happen in the single player mode, just on the public servers for multiplayer.*

The ARK team set up a meeting to speak with me and we discussed our team’s issues with the game so far, and they actually had responses to almost everything we had right off the bat. ARK’s team was very transparent with me about the work they’ve put into the game to try and make it a good experience for all players. They hated that people were having the issues and they were GOING to make it work. Throughout the next week, I was given updates as they patched things in the game. First came a patch on Friday that fixed the dehydration bugs and then on Tuesday came a fix for the despawning Dinosaurs. Apparently, the test servers were not showing these main two issues that stopped our team from having fun. So, after we were told that the dinosaurs were back in the game; we jumped in.

From here on out for the review, I will not be discussing any gameplay from before the Dino Spawn patch unless it’s to discuss a fix that was made. The team worked very hard and were very transparent with me, and I think that makes a big difference when it comes to how a player feels about a game. I had a similar feeling as a player when Star Wars: Battlefront II came out. It launched badly, but as the team became transparent and began working together with the community, the game ended up being wonderful. I truly believe that with the collaboration of the gamers and the developers, ARK on the Switch can be a fun time for all wanting to play on the road in single player or at home docked or handheld on the online servers. 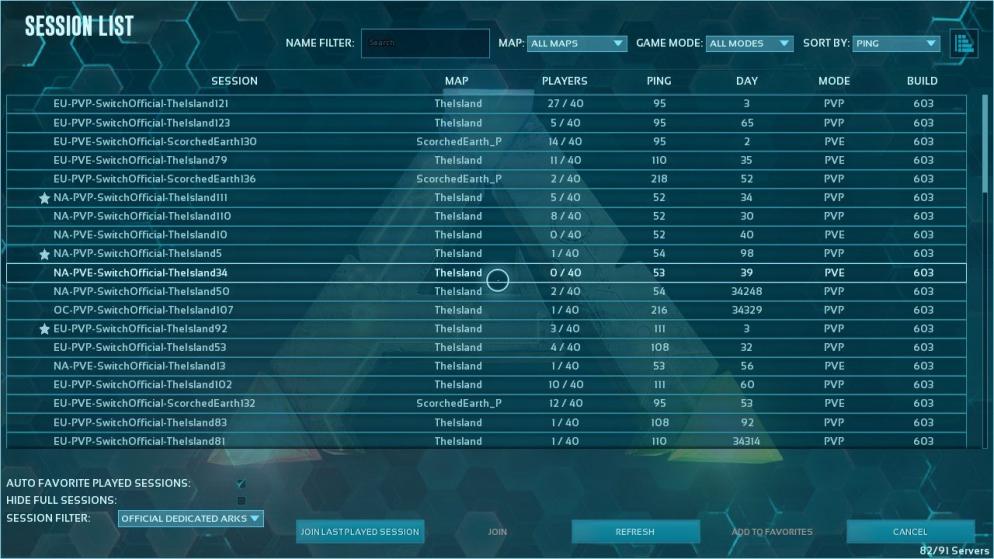 As you log in for the first time on the Switch you’ll notice that you have the ability to Join ARK (online multiplayer) or Single Player modes. For first time users, I would suggest jumping into the single player mode for a bit to fully familiarize yourself with how the world of ARK works. It can be extremely overwhelming without a friend that knows what they’re doing. Once you join either mode, you’ll be asked make a character in one of the most intense character creation screens I’ve experienced on the Nintendo Switch. It takes a minute to get the handle of the sliders, especially if you’re using the joycons, but the touch screen works in handheld mode, and that helped a lot with getting a character ready that I enjoyed.

In our experience, we played with the dino spawn patch on The Island. A tropical area full of everything a survivor might need to survive in a wild dinosaur filled world. Me and my Dodo, Melon III (I lost both Melon I and II to raptor attacks early on), tried our best to survive and thrive in this world. We had some issues along the way when it came to trying to build our home. You cannot build close to others houses, and there were a lot of abandoned shacks along the way that stopped me from building. However, once I found a nice plot of land, Melon III and I started working on our home. 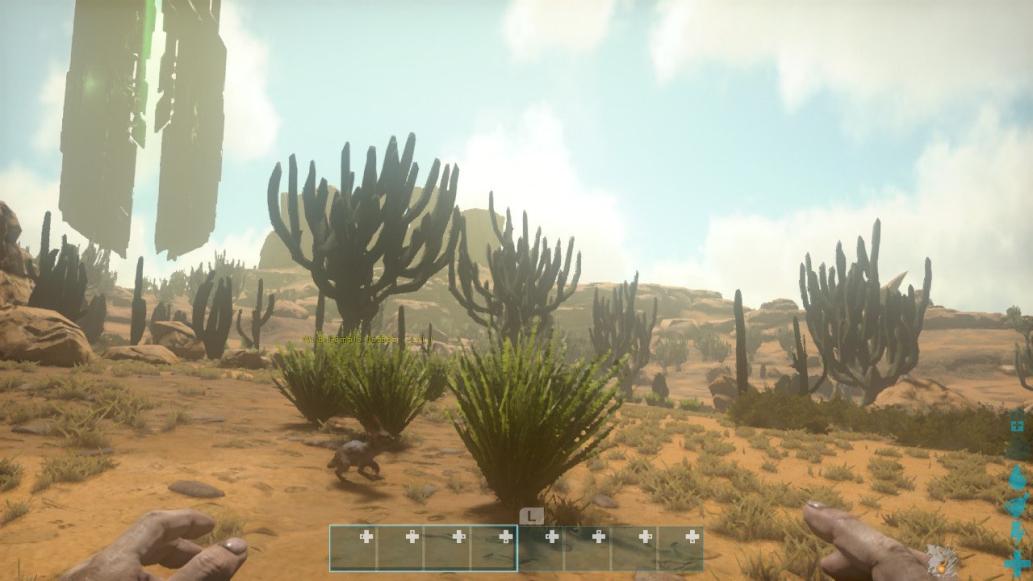 The people that we ran into were all quite nice (which doesn’t always happen in my experience) and they either left us alone to work on our home, or they helped us work on taming or collecting items. I had one nice person who gave me a saddle for my Parasaur because they could tell I didn’t have the hide to do it myself. Moments like this really make ARK shine as a game. It’s a game about taming dinosaurs with your friends and having fun trying to survive.

From a graphical perspective, the team did a good job trying to work with the capabilities of the Nintendo Switch. They have completely reworked the game from the top down from the original launch and it looks about the same as the game did when I played it on the Xbox One. That might sound like a slight, but it’s not. ARK always looked good on the Xbox One, in my experience, and considering you’re playing it handheld, that needs to be discussed.

At this stage, we still have just a few issues that I think can be solved pretty easily. Mainly, the level of difficulty in the easy spawn areas are anything but easy at times. I was killed so many times at the start due to level 80 dinosaurs wrecking my butt and the butts of Melons I and II. (Can you tell I get way too attached to my dinosaurs?) The other thing I might change is if a player has not been at their house for a certain amount of time on the live servers, make it so you can build near them. I had to walk for about 15-20 minutes in order to find my own little plot of land to build on. These are small things that most people should be able to get around, but I felt like they were noticeable enough to talk about. 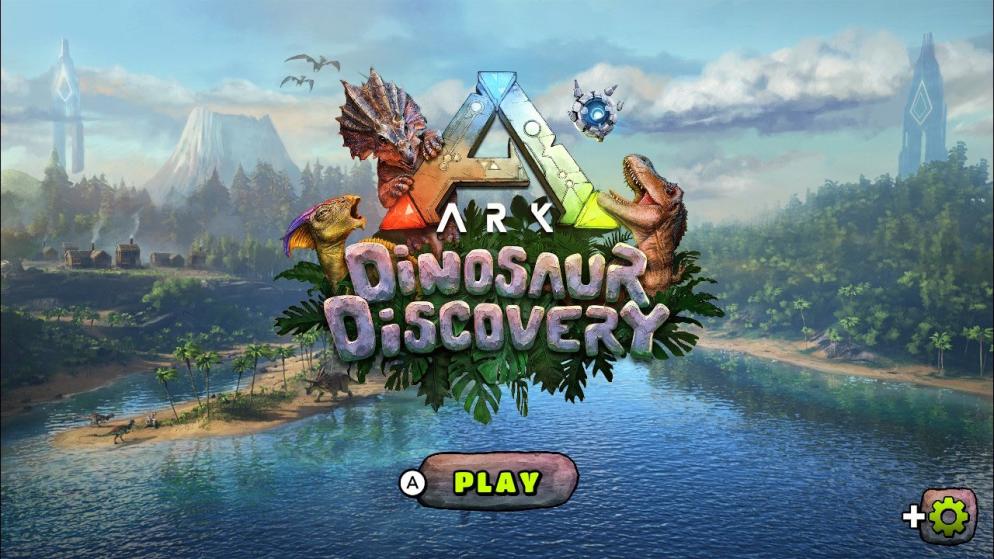 Let’s take a minute now to discuss the addition to ARK that I was excited about, considering I have nephews and nieces. ARK Dinosaur Discovery is an additional game (which you’ll need to search for separately from the base ARK game in the Eshop) that allows kids to experience ARK without the fear of dying or being attacked. You’re able to pick a character from their list of characters. I picked the inflatable T-Rex suit, and ran around on The Island meeting all of the cast of dinosaurs included in the game. Every time you meet a dinosaur you can hear a fully voiced explanation of what the dinosaur is, what they’re known for, and other fun facts. This is such a sweet version of ARK to let your whole family play together. You can also play the entire game with one joy-con. I loved the inclusion of the ARK Dinosaur Discovery and really want people to be able to find it when they buy the Ultimate Survivor Edition. So, make sure you download it from the Eshop. 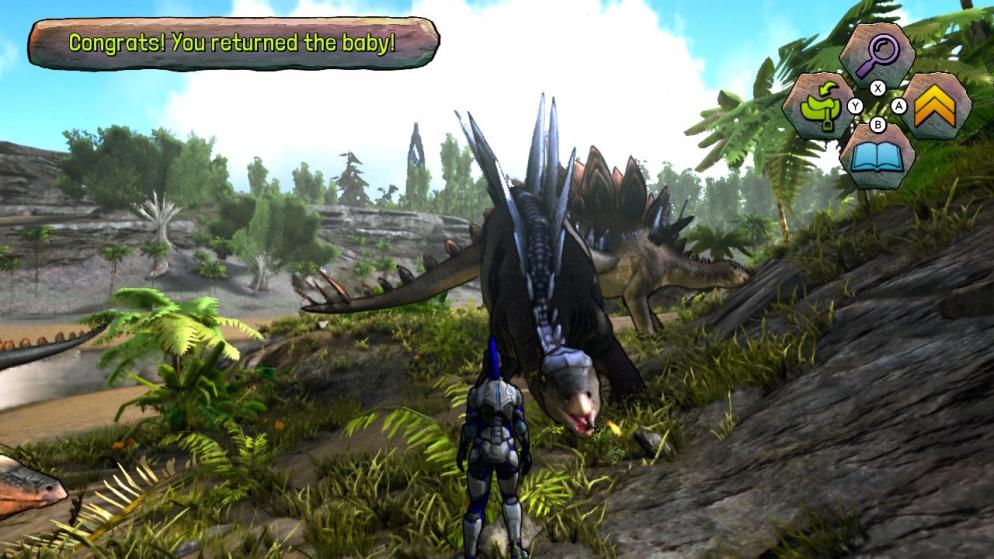 Now, let’s get back to the ARK base game.

Single player is where the ARK Switch Edition really shows what it can do. Because you’re not relying on any internet services, the game is smooth consistently, you can build where you wish, and you’re not competing with other survivors for dinosaurs. Regan spent a lot of time on Scorched Earth while I played on The Island. The only issue we ran into that hasn’t been addressed is that very rarely, you’ll be trying to tame a dinosaur (especially early on before tranq darts) and you’ll be chasing it and then all of a sudden a giant pack of enemy dinosaurs will be spawned in and start attacking you. It’s happened for Regan and me on both The Island and Scorched Earth, but I did make the comment to the developers and they said they appreciated me letting them know. 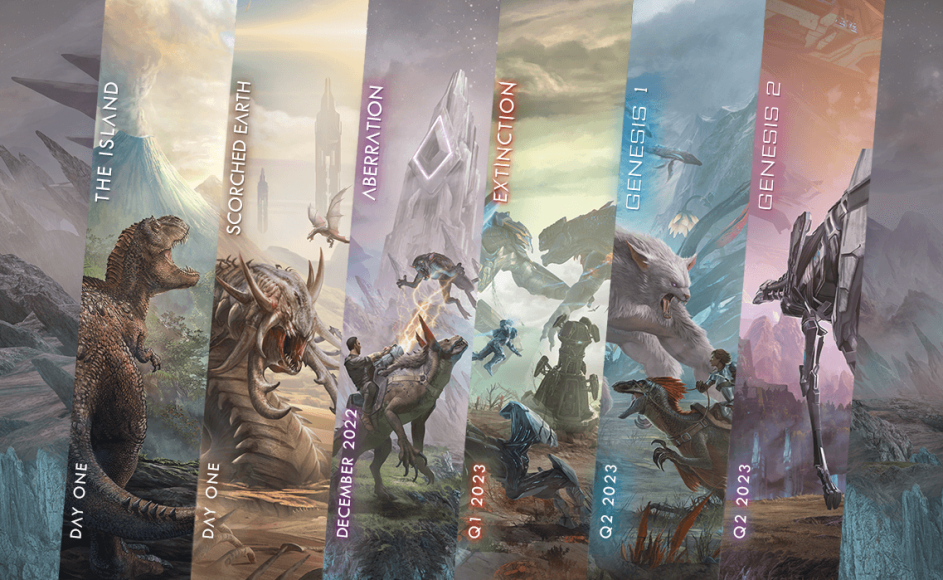 Overall, ARK is a work in progress, but with the work of the developers since launch, it’s slowly becoming more and more playable and enjoyable. The team is being extremely transparent with their gamer base on the ARK Switch discord. I can appreciate that greatly as someone who’s played many a game with a poor launch. Their team is very committed to making the Switch version of ARK playable. The Island and Scorched Earth are available now, while the other maps are coming in during the next couple of years. I’ll be checking in as time goes by to try out all the maps, but I’m very excited for all the families who have a Nintendo Switch who will be able to play this game as a family.

ARK: Ultimate Survivor Edition had a suspect launch, but with the commitment and care of the developers, they have rallied back and the game makes for a fun time with friends or by yourself. The Island and Scorched Earth will test your survival instincts for sure. With the addition of the lovely ARK Dinosaur Discovery game you can download from the eShop for the kiddos and the new maps having a timeline in the future, you and your family will have plenty of things to do for the near future.

Adam is a musician and gamer who loves his partner in crime, Regan, and their two pets Rey and Finn. Adam is a fan of Star Wars, NFL Football, and gaming in general. Follow Adam on Twitter @TheRexTano.
Related Articles: Ark: Survival Evolved
Share
Tweet
Share
Submit