VR survival games are few and far between to come across. So, when CM Games reached out to us and said their attempt at the genre, Into the Radius, was out of Early Access we jumped at the chance. And let’s be honest; who doesn’t want to experience a VR survival shooter?

I’ll start by saying that fans of the S.T.A.L.K.E.R series will likely see similarities as they read through this review, and they wouldn’t be wrong; there’s plenty in this title to see the likeness. Into the Radius is a no-nonsense game, and is designed for those who are veterans of this platform. And I really mean that, because it’s unforgiving. You’ll stalk the Pechorsk Radius zone that’s filled with anomalies galore; all of whom are a variety of creatures and objects that will harm you. These anomalies come in all shapes and sizes and can look humanoid, take the shape of grass, appear similar to a Half-Life headcrab, and so on. You will die more times than you can count, and you will be back at square one. There’s a sort of permadeath system in place, where if you’re killed you’ll lose everything you’re carrying in your backpack (except whatever you’re holding for some reason, but I’ll discuss glitches and grievances at the bottom of this review). Thankfully, you won’t lose your position in the game nor any currency saved up. If anything, it’s similar to the death system in place in Escape From Tarkov. 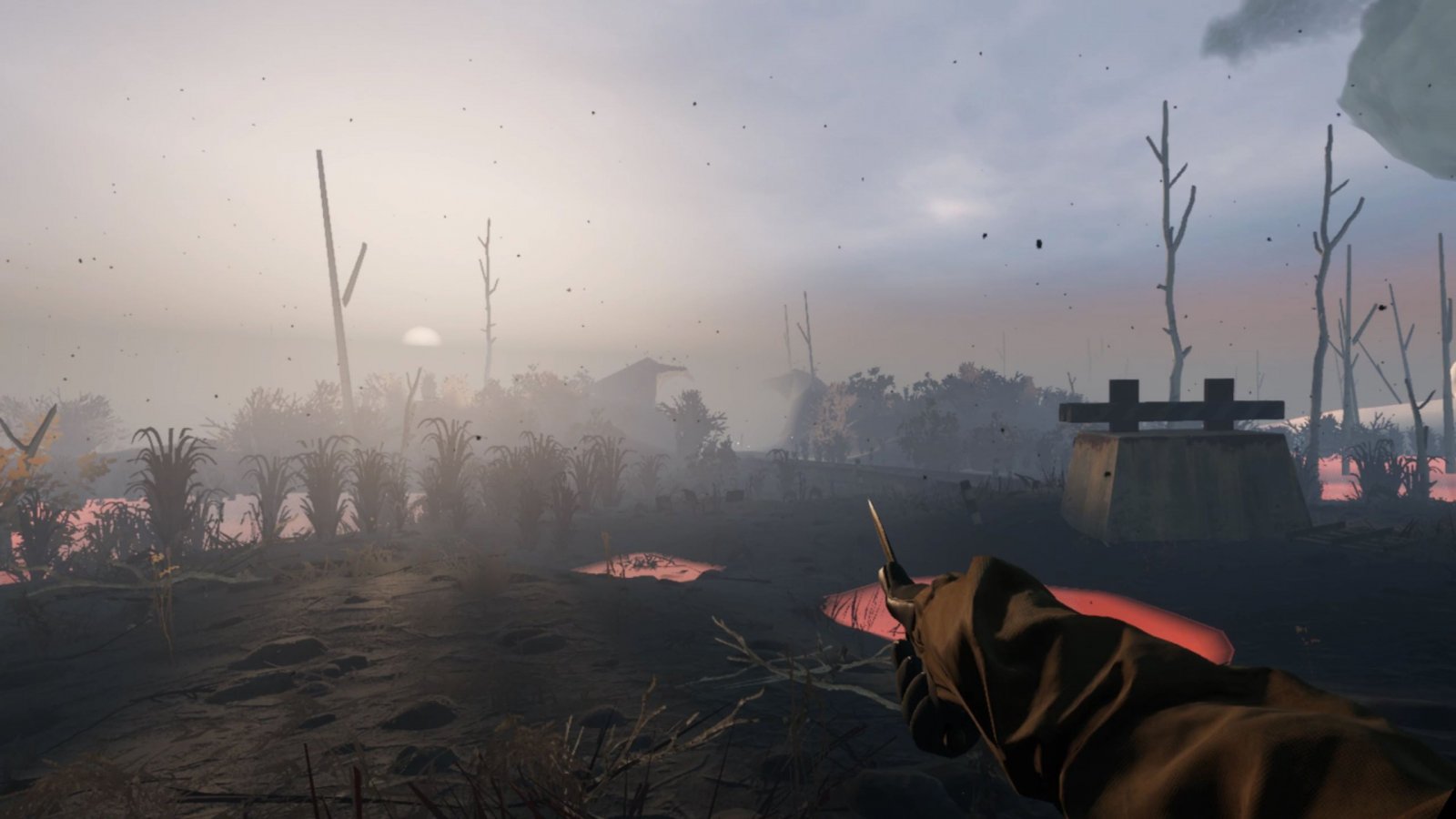 Be prepared to enter an unrelenting, unforgiving landscape

If you’ve played VR, you’ve likely experienced what the gameplay has to offer. It’s very barebones, and that’s not an insult to CM Game’s work, it’s just that VR is hard to innovate in when the core gameplay is normalised nowadays. Climbing is standard, although kind of buggy (again, more on that stuff later), and you’ll use melee weapons and firearms to take on those anomalies. However, unlike traditional survival games where you need to scavenge for supplies, ammunition, weapons, and essential loot are not hard to come by. This is due to the currency system in place, where at your base you can purchase all the essential items you’ll need for your missions. A mission consists of a variety of tasks, and of the ones I came across they were just “collect a dark core”. Dark cores can be scavenged from areas in the map — typically where there’s a clump of anomalies — and once they’re acquired you simply need to return to the base and dump the core in the collection bin. And boom, mission accomplished. Although it’s not all party hats and joyous times to be had, you’ll constantly go on these missions. It does get repetitive, however, especially when the only jobs I had were “collect a dark core” (I can only assume there are other ones to experience). 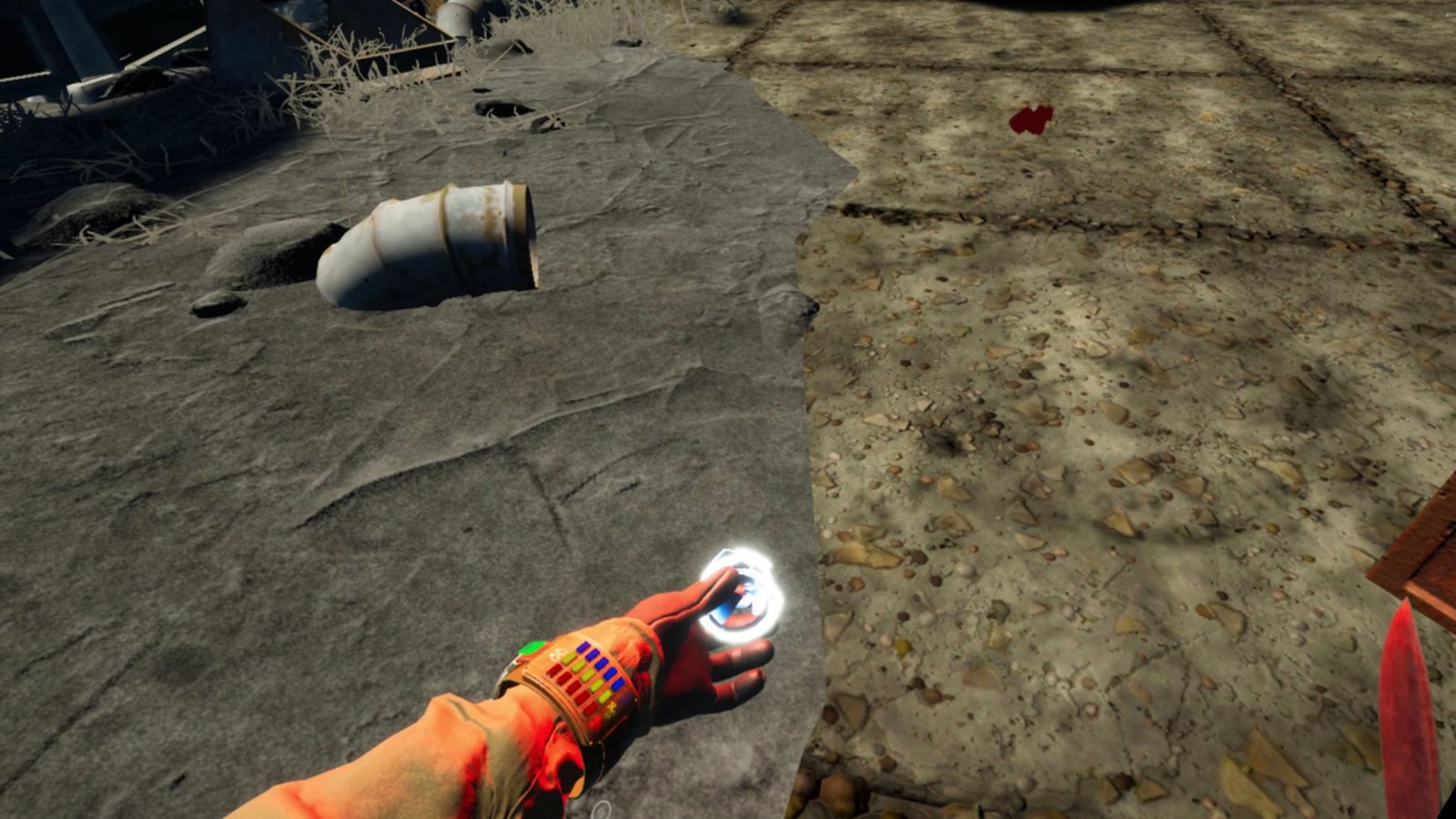 The only missions I received were to collect these

Of course, as with every survival game, stealth plays a huge role in succeeding in your missions. While I said that it wasn’t all that hard to acquire currency and receive amazing weapons, I definitely wouldn’t recommend going in guns blazing and expect to win every time. For example, the humanoid anomaly will stop you in your tracks if you think about going crazy on the lead. So, stealth is required to ensure you don’t die every time you step into the Radius. It is clumsy, however, namely when you’re in the forest and you don’t have a lot of cover. Moving around cover-to-cover is difficult, so you need to move fast. If you do get spotted, the game instructs you to lose line of sight of the anomaly. However, in my experience, that’s not always the case, and I’ll instead just be hunted down no matter where I position myself. 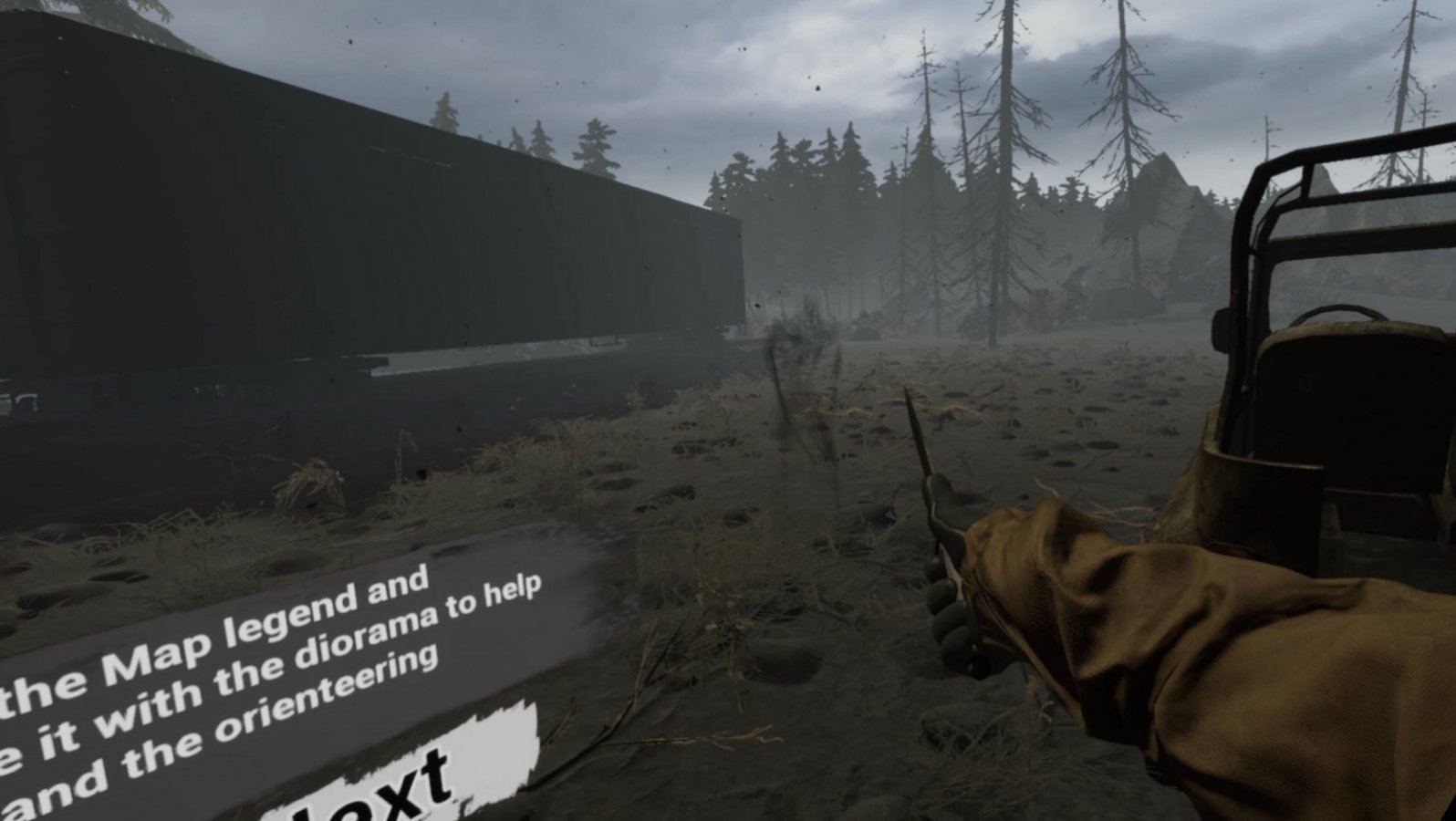 It may be hard to see, but there’s an anomaly there

As much as the missions are repetitive and the gameplay has been done before, the game is not boring in any regard. I had a ton of fun scouting the location of the mission area, making mental notes of what I saw and needed to do, then acting accordingly. Like most survival games, the fun comes from the spontaneity of a situation; and this game has it in abundance. If it’s not the missions, then it’s the exploration. You can’t get lost as long as you rely on your map and compass, and you’ll find some interesting locations along the way. Having a plan is a huge part of surviving in this game, and you’ll be the one who decides your actions. The lack of hand-holding is exactly what this game needs, and it’s another example as to why this game is very unforgiving.

The atmosphere is one of the greatest things to experience in this game. It’s tense, gloomy, and exemplifies every moment in the game. Take, for example, the first time you’re in the Radius and you’re looking for shelter. From the get-go, you feel lost, and innately you know (be it if the game literally tells you to or not) to look for somewhere safe. As you look for safe passage through the Radius you’re always on edge, trying your best to avoid any gaze of a wandering anomaly. When I finally navigated to the base it was the first time in the game that I felt safe and felt comfortable. As a veteran of this platform for almost half a decade and played effectively every genre that VR has to offer, this sort of experience is extremely difficult to come by.

However, because of how ambitious this title is, and how difficult large VR environments can be to code, there are unfortunately a few glitches and grievances with this one. The controls are very buggy. For example, climbing is not easy to accomplish all the time, which makes escaping from a building full of anomalies a bit frustrating. The player shouldn’t be penalised because they didn’t grip the half-wall at the right spot.

If it’s not climbing, it’s the grabbing and holding of objects. I get that items need to have weight, but it’s jarring to be able to hold an assault rifle with ease but then struggle to lift an empty bucket off the ground. Essentially, large holdable items are given VR weight, and to successfully move said item you need to move it slowly. But, things like an empty bucket don’t need that kind of weight. When I hold something heavy, like a gas cylinder, there are two ways I can drop it. One, was to press the grip button to release it, or two (and this was 99% of the time) was to move it too quickly, have the VR weight kick in, and I’d accidentally fling it out of my hands. Then, cue my death from a nasty explosion that I didn’t realise I had created.

I have a huge problem with the player character’s speed. Walking is slow, but when you run you could easily match the pace of an Olympic athlete. It makes it very difficult to walk on a thin platform because an accidental button press will have you off at Mach 1. Though it makes it super easy to outrun the anomalies, it’s way faster than it needs to be.

Notice that huge difference between walking and running?

There are a few other issues I had, but I won’t go into as much detail with them. I found that the telekinesis grabbing mechanic was too inconsistent, which meant spending some time just to be precise about where you should be grabbing that object. If I spawned with a knife in my hand, and I tried to strike an enemy with the same weapon it’d deal no damage. The only way I fixed this issue was to put it back in my inventory and then grab it out again. The torch was also pretty inconsistent, namely when illuminating an environment. I found that if I had an object like the map in front of me and shone the light on it, it’d do a better job of illuminating the environment than simplifying pointing the torch somewhere else. I also found that it was way too easy to kill certain humanoid enemies; as long as I was running and had a knife pointed out in front I suffered no consequences.

Into The Radius is a step in the right direction and a good attempt at the genre, especially for a company like CM Games who hasn’t had experience making VR titles in the past. There are some things they need to work on, namely the glitches and the variety of missions, but the kind of experience that can be had in this game is one in a million. That’s especially good for VR veterans. It’s a good thing that they market this title towards them as well.

Into the Radius VR

Into The Radius is a great VR survival game with an amazing atmosphere, rewarding experience, and a very interesting set of enemies. It’s especially suited to VR veterans, who may think they’ve experienced all that’s to see and do with the platform. Do beware however, as this game has recently come out of Early Access and has some hallmarks of it.

With a deep interest in writing, Ben followed that into a Journalism degree. As an avid lover for gaming, he is constantly expanding his library with console, PC, and VR games. He's obsessed with stealth games and loves hunting down the smallest of details inserted by devs.
Related Articles: Into the Radius VR, VR
Share
Tweet
Share
Submit