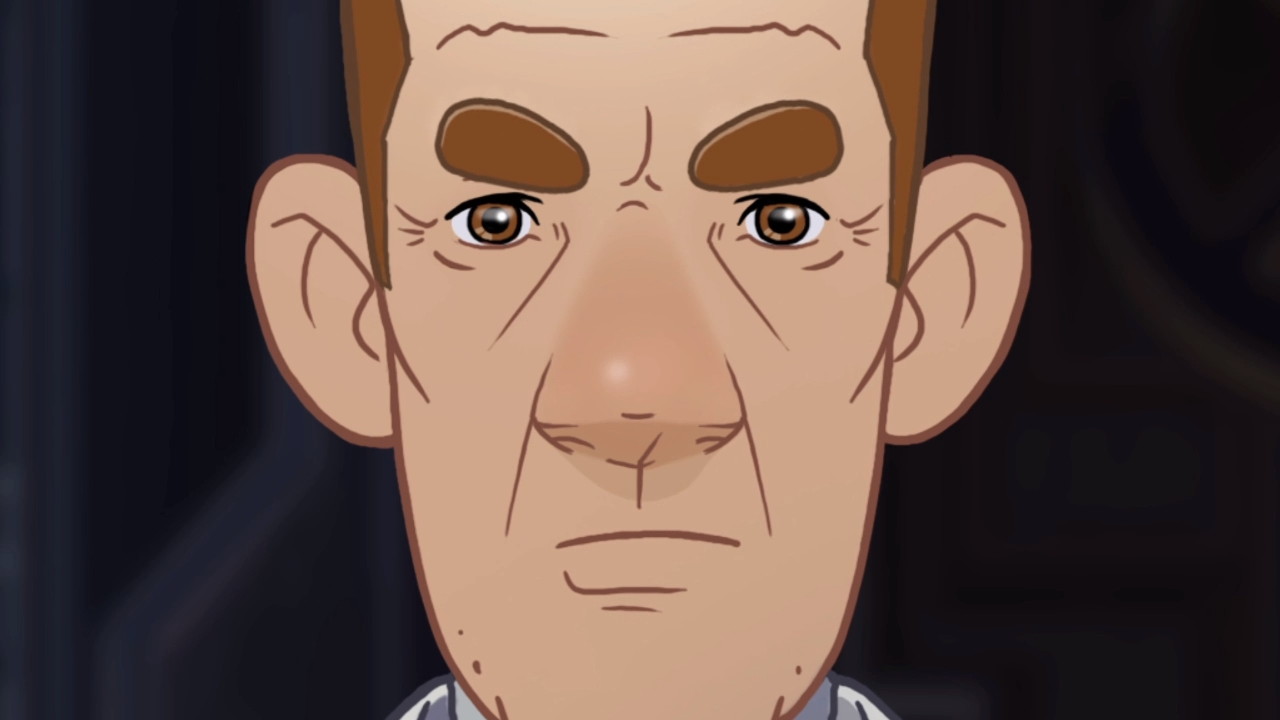 Mere steps away from his destination, the intern encounters a gigantic worm of unimaginable length. He turns around to enter the maze behind him; maybe he can lose it in the twists and turns. The worm continues to follow him, its gigantic body blocking everywhere he’s been until, after winding the worm through the maze’s every corridor, he spots his opening. The tail of the worm has finally unblocked the path to his destination; he makes a break for it and just barely closes the door behind him, trapping the deadly creature in the maze. This is just one of the clever puzzles Professor Lupo has to offer: a reverse game of snake. 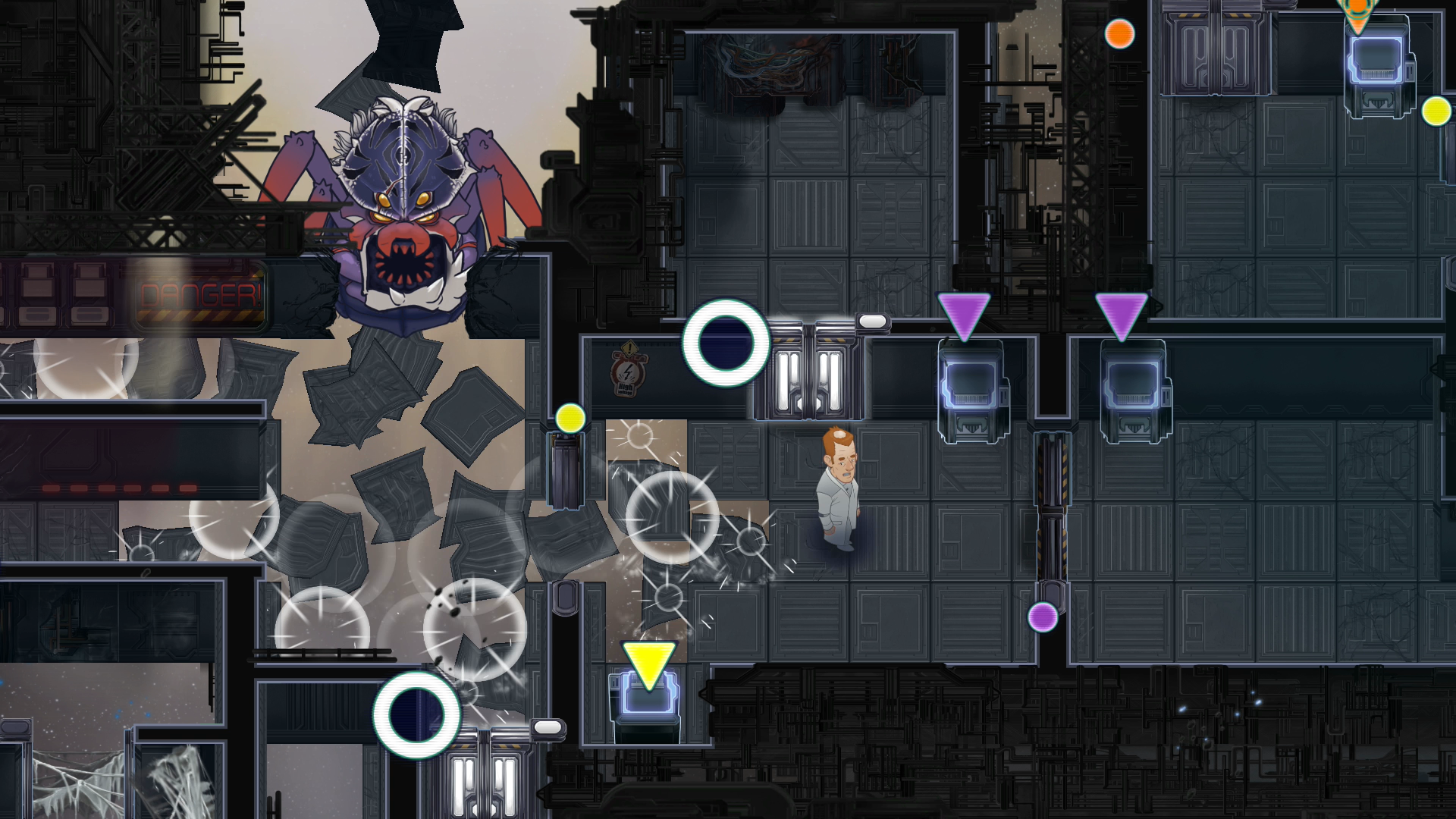 In Professor Lupo and His Horrible Pets, you are a lowly intern, simply called “the Intern,” on a scientific space station orbiting the earth. Your role in the professor’s experiments is to serve as bait: to lure Lupo’s titular “Pets” from place to place. While helping demonstrate the wartime… applications of these alien creatures, a barrage of missiles suddenly hits the station and the vessel is boarded by a mysterious organization calling itself Blue Ragnarok. The ship’s computer, Pluto, instructs the Intern to evacuate the station. This is your goal for the majority of Professor Lupo: reach the exit of each room and, eventually, the escape pods. But this isn’t as simple as it sounds; the professor’s experiments infest every corridor of the station and you must use them to solve puzzles while avoiding being eaten.

The Intern can’t do much on his own, he walks at a pace that could only be described as a mosey and can be annoyingly slow to react to some inputs as a result of the game’s tile based level design. He can also press switches, some remotely and others through terminals, that activate or deactivate their respective color-coded objects in the level. These include doors, flamethrowers, poison gas dispensers, and even the air conditioning. The game gives you a few options to activate these objects: you can select a switch using the L or R buttons, then press A to activate it; in TV mode, you can move your controller around to serve as a pointer or in portable mode you can touch the screen. I found the former two methods clunky, so the game is best played in portable mode. That turns out to be a boon for the game’s structure, as each level is fairly short and has a pickup and play nature. It’s easy to come back to the game after a while thanks to some excellent tutorialization: you’ll know what every creature and interactable does within a few seconds of encountering it, no text required. 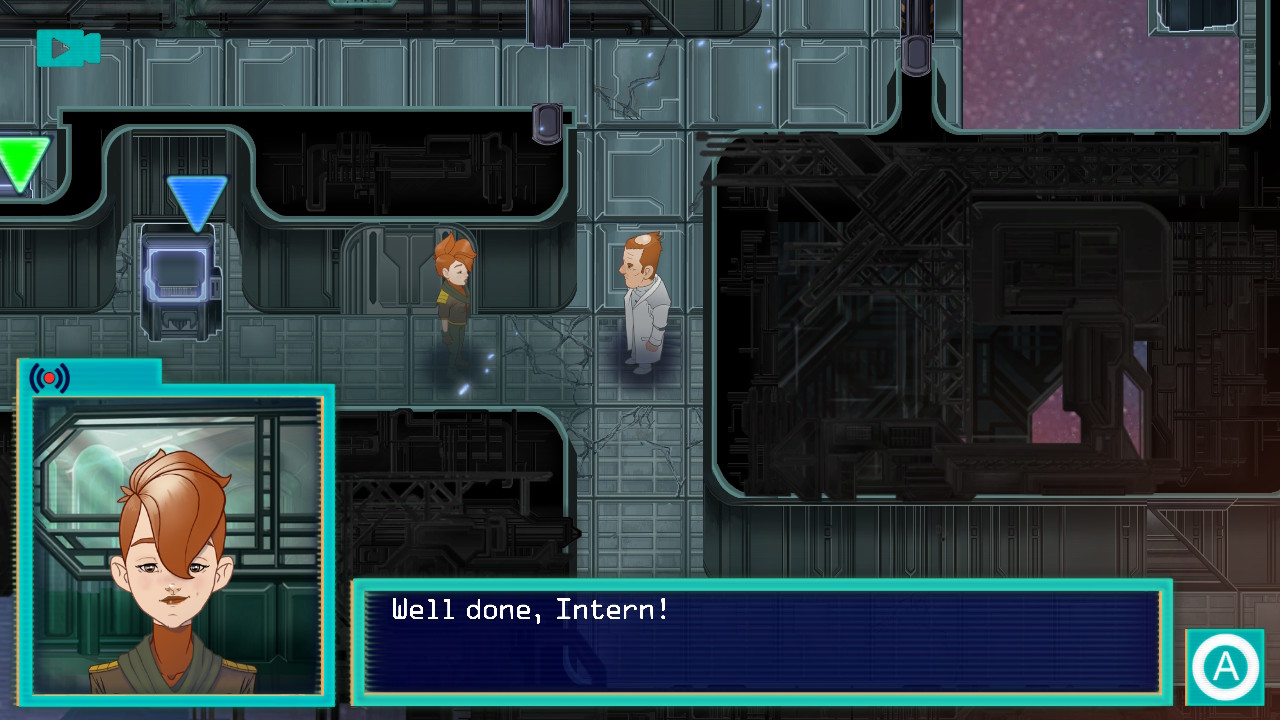 The levels start simple. You just need to move the creature out of your way in order to reach the next area, but they quickly become more and more complex. You have to start luring the pets into specific positions all while moving the Intern and hitting switches as you go. The game is organized into five chapters, each adding a new, unique mechanics, such as working with another person aboard the ship or exposing certain rooms to the vacuum of space. Strangely, chapter two ditches its mechanic early on in favor of strict timing puzzles where the Intern is being chased constantly. His slow speed and occasional unresponsiveness make this easily the worst part of the game. This combined with chapter one’s slow start may put off a lot of players, which is a shame because chapters three through five contain some of the most clever and interesting puzzles I’ve encountered in recent memory.

Every few levels, a new pet is introduced with a short animated cutscene. The creatures themselves are well animated and these scenes add a bit of personality to them, but when human characters appear, they look stiff in comparison. There are only a few cutscenes used for dialogue or advancing the plot. Instead, before, after, and sometimes during each level, characters will speak to each other over radios or the station’s PA system. The plot is pretty bland and predictable, though it’s interesting enough to serve as an excuse for more levels and there are a few jokes that made me chuckle. The actors sound amateurish, and the occasional typo or incorrect word usage is still bafflingly voiced. The script is quite sizeable with dialogue in almost all of the game’s 100 levels, all of which is voiced, but it could have used a bit more proofreading. 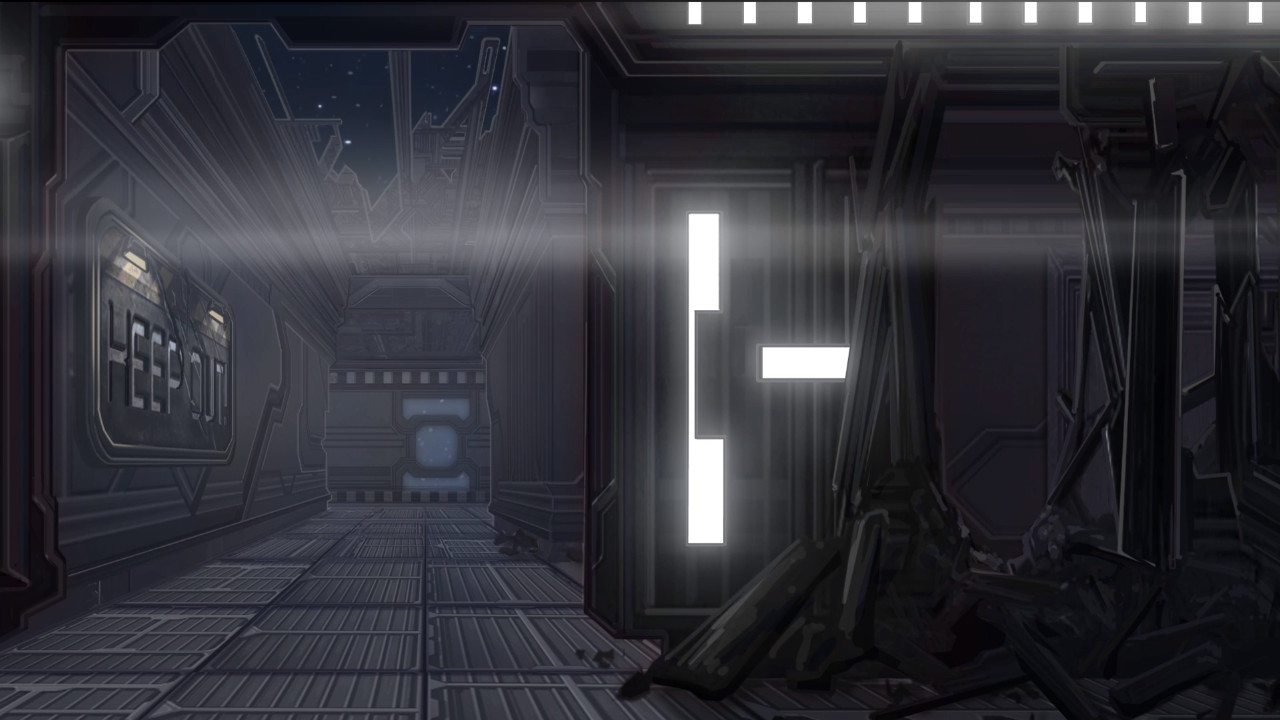 On the subject of sounds, the creatures all sound appropriately alien and computers and doors make nice beeps and whooshing noises respectively. The music is nothing to write home about; there are only a few tracks and while I didn’t get annoyed by them, it’s a very small amount of music to spread over the game’s runtime. They do set the mood of exploring a space station, however, and adding or removing instruments when zooming out your view is a very nice touch.

While Professor Lupo and His Horrible Pets starts out slowly and progresses into some downright terrible puzzles for a few levels, it is worth seeing through to the end. At its best, it’ll stump you with devilish puzzles that contain plenty of “Ah-ha!” moments. All in all, I think the game sums itself up best: “The story is a bit typical, but the design of the monsters is pretty cool.” Puzzle fans, this isn’t one to skip out on. It’s one of the Switch’s hidden gems.

Professor Lupo and His Horrible Pets

While a few levels can be frustrating, the rest of the game’s ingenuity, cleverness, and execution more than make up for it. If you’re willing to go through the initial slog, Professor Lupo has something truly special in store for you.

David is the kind of person to wear his heart on his sleeve. He can find positives in anything, like this is a person who loved Star Fox Zero to death. You’ll see him playing all kinds of games: AAAs, Indies, game jam games, games of all genres, and writing about them! Here. On this website. When not writing or playing games, you can find David making music, games, or enjoying a good book. David’s favorite games include NieR: Automata, Mother 3, and Gravity Rush.
Related Articles: Indies, Professor Lupo and His Horrible Pets
Share
Tweet
Share
Submit