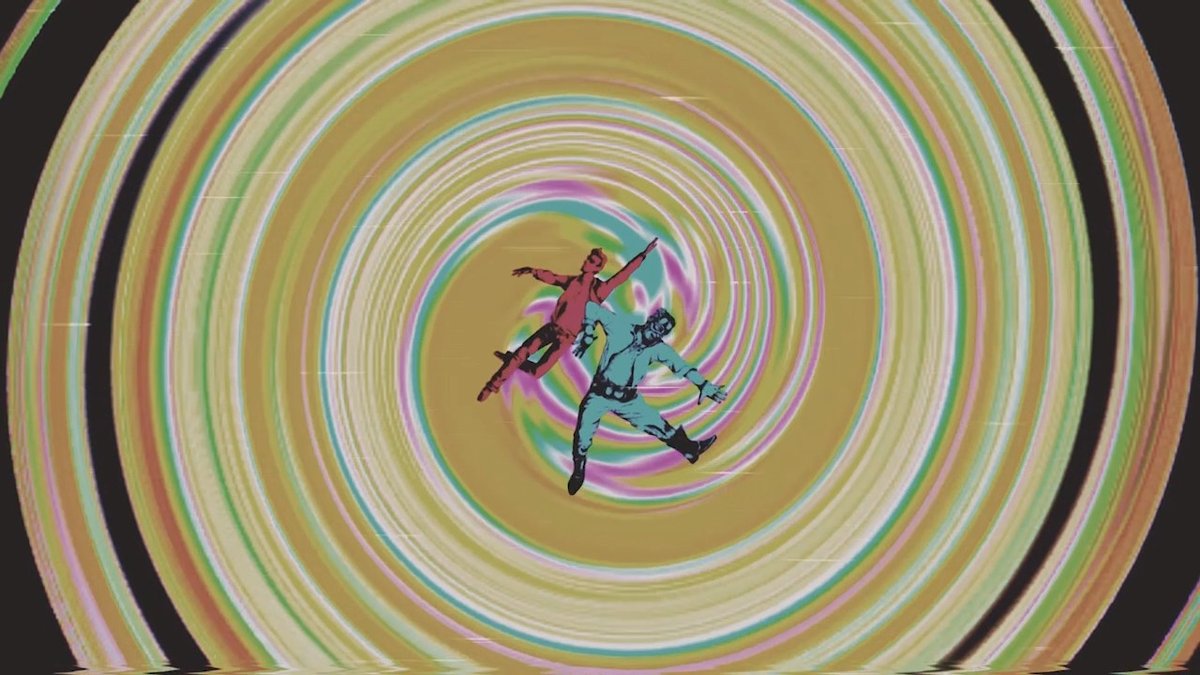 There is something unique which attracts each, individual player to a game. For some, that quality is narrative. For others, it’s gameplay. For me, that quality is creativity. Nothing excites me more than seeing a developer tackle an idea that feels unpredictable or electric, and nails it with pinache. Travis Strikes Again: No More Heroes embodies this quality perfectly, but make no mistake, the game itself is far from flawless. From its opening moments, both its greatest strengths and inherent weaknesses are apparent, and how those intrinsic issues affect an individual player’s experience will largely dictate whether they find enjoyment from Travis Touchdown’s latest quest.

The first thing that will greet you upon booting up Travis Strikes Again is a gorgeous CGI cutscene that encapsulates the tone of the game. One part Kill Bill, one part Deadpool, and a whole hell of a lot of geekdom are the cornerstones of this game’s vibe–and I was drawn in instantly. Seeing the high-octane melee combat unfold in gorgeous cel-shading as Badman invades the trailer of our otaku anti-hero Travis Touchdown energized me, and I couldn’t wait to take the sticks. However, when I did, the high standard for presentation laid-forth by the opening cinematic was knocked down considerably. This should be gotten out of the way right now: fidelity is certainly not the strength of Travis Strikes Again.

Whether in handheld or TV mode, Travis Strikes Again is nothing to write home about from a presentational and technical standpoint. The game’s frame rate can be rather spotty, incurring drops even in TV mode when things don’t feel all that hectic, and handheld mode can look very blurry and pixelated at times. It is never unplayable, but it is certainly noticeable. The experience is considerably sharper on the big screen, but that opens up another can of worms entirely.

Cel-shading and TV sharpness do little to mask the low polygon models and less than optimal texture resolutions which leave Travis Strikes Again feeling decidedly aged, and not in an artistic manner, but more in a low budget kind of way. That low budget, which is evident, unfortunately hampers other aspects of the presentation as well, with low frame-count character animations and short, constantly looping musical tracks. For many, these issues will be deal breakers. However, Travis Strikes Again is a game that understands its budgetary restrictions and the spitting effect they have on the entire experience.

The best art is born out of limitation, and Suda51 certainly does the most with the least. Travis Strikes Again is a game that is lathered in a cutting, fourth-wall breaking style that isn’t afraid to do anything for the aesthetic. I’ll be direct here: the game’s presentation is wildly strange and incredibly funny. Considering the parameters of the project, the game’s introductory cutscene is the only time you’ll see Travis simultaneously animated and voiced during the entire adventure. Instead, the plot and exposition are delivered to the player through hysterical DOS-esque text dialogs, accompanied by sparse but effective, pixel art. These convey excellent narrative moments spanning the tonal spectrum; from Travis’s talking cat trying to coerce him into murder, to Travis dealing a healthy dose of karma to an abusive executive, to touching moments of friendship, the writers defly navigate Travis’s world. The best aspect of the narrative beats, though, are the fourth-wall breaking moments. From Travis heckling other characters, and being heckled himself, about not talking too much in order to keep translation costs low, to Travis’s concern over entertaining reviewers so they don’t ding the title’s metacritic average on account of too much text, the script is biting.

The smart design within the game’s inherent limitations extend beyond the writing as well, totally molding and informing Travis Strikes Again’s gameplay. Now, if the game’s writing is strange and witty, the game’s world and gameplay are downright bizarre–and I mean that as a complement in the highest order. To rewind for a moment and set the stage, Travis Strikes Again is split into a series of “games”. See, Travis finds himself in possession of a mysterious game console called the Death Drive MK-II, a cancelled machine that sucks players into it. Only a handful of games were developed for the system, and rumor has it that the gamer who can complete every title will be granted a wish. So, the loop of Travis Strikes Again involves find a Death Drive game, going inside of it, defeating its final boss, and moving onto the next. Now, this is where the zaniness comes in. Each game is preceded by an advertisement for the title, and these are nothing short of wild. From a live-action, kitchy slasher short, to a late 90’s cheesy CGI game advertisement, I was constantly surprised by what was unfolding on screen, and these scenes never failed to build up a curiosity for what would unfold in the respective Death Drive game.

Each “game” has its distinct personality and gameplay mechanics, but are all united by the title’s core hack-and-slash gameplay, which I’ll touch on first. Often (but not always!) you’ll control Travis from a top-down perspective, slicing through hordes of enemies with a simple controls. Travis is equipped with simple light and heavy attacks, which become the backbone of combat. These are supplemented by a set of four interchangeable cooldown-based skills, which can be mixed and matched based on playstyle and preference. For as simple as the combat may appear, juggling cooldowns and keeping Travis’s sword charged (as it’s battery decays with each swing) always kept me on my toes. Swordplay becomes a ballet of evasive maneuvers, combo’d light and heavy attacks, smart cooldown use, and special attacks which can be activated based on how skilled you are on the dynamics of combat. These sturdy, fluid mechanics are bolstered by a well-rounded set of enemies that kept my gameplay varied, forcing me to evaluate my surroundings and make split-second decisions within each combat scenario.

While the combat in general feels fluid and engaging, the boss encounters deserve special mention. Each feels incredibly unique and fully-realized–sporting high-octane attacks and multiple phases. At times, though, the bosses can feel somewhat unfair, as some launch projectiles that can hit the player even when they’re off screen, making the attacks nearly impossible to dodge. This is more a facet of the game’s fixed camera than the bosses themselves, but it is worth mentioning nonetheless. Even with this quibble though, every time I reached a boss, I was impressed by not only how unique and multi-faceted they were, but that they didn’t rely on cheap, disposable mechanics or QTE sequences (aside from a one button finisher). These moments stand out as some of the best in all of Travis Strikes Again, and really illustrate the strengths of the game’s combat systems.

Of course, that gameplay variety is further augmented by the core concept of each Death Mark game. For instance, one particularly enjoyable game threw Travis into a Tron-esque racing world, forcing him to fight his way to gearboxes to slot into his ride for use in races. Based around timing-based gear-shifts, these races had a rather high learning curve, but once I got them down, I came to enjoy the diversity they brought to the gameplay. Other Death Mark games naturally brought different ideas to the table, sometimes opting to change perspective or layer in other genres, from puzzle to shmup. Part of the title’s strength is its unpredictability, and to maintain that, I won’t be spoiling any more Death Drive games here. Just know that each feels distinct and wacky in their own ways.

While I really appreciated how many concepts were brought to the table by Travis Strikes Again, this revolving door of ideas cuts against the game’s focus. There is no build-up, every gameplay hook is one-and-done. So, by the time you master one idea and hype yourself up, curious to see how Suda51 will test your mettle next, well, he doesn’t. Instead, you’ll be shepherded along to the next game to never see aspects of the previous game again. Travis Strikes Again just feels somewhat disjointed–which is a shame. In a game that so openly pays homage to various pop culture and gaming touchstones within one package, it would’ve been so great to see the game bring its own disparate elements together in a final crescendo that creates a patchwork of ideas. It would’ve been so inherently unique, and such a great payoff for players who see the game to completion. In this respect, playing Travis Strikes Again almost feels like shuffle-playing a favorite artist’s music: you’re hearing a string of songs you like, and they’re all enjoyable on their own, but they don’t flow together.

And with that, we’ve discussed everything there is in relation to Travis Strikes Again. Other than the fact that you save by using a toilet. Or the deluge of indie-themed t-shirts to wear. Or Travis’s ramen blog. The point I’m hammering at, is that Travis Strikes Again is a wonderfully bizarre title that relies heavily upon the player’s willingness to accept the game for what it is. In a word, Travis Strikes Again is bold. It is among the strangest games I’ve played–unapologetically so. If you can appreciate the game’s mountain of style and slick mechanics you’ll find few better games to spend a weekend with, as the game is relatively short. If the game’s low budget and disjointed design seem like turn-offs on paper, chances are, going hands-on won’t change your mind. If you fall in the first camp, though, you’re in for a treat. I found myself constantly surprised and engaged by Travis Strikes Again, and it is the sort of fresh, creative endeavor I’d like to see more of on the Nintendo Switch.

Travis Strikes Again: No More Heroes is outrageous. The game is uncompromisingly zany: full of smart design, fluid combat, and laugh out loud personality front to back. While some may be turned off by its low budget feel and disjointed design, those who can look past these rough edges will find a hack-and-slash so quirky that it’ll be tough not to fall in love. This title stands as a shining beacon of bold creativity and anyone who values risk-taking in games owes it to themself to give Travis Strikes Again a shot.

Abram is an aspiring games journalist with a soft-spot for titles published by a particular company that starts with N, and ends with -intendo. When he's not playing, or writing about, video games, Abram is most likely ranting to no one in particular about various films he's seen, or grabbing the sketchpad to do a bit of drawing.
Related Articles: Travis Strikes Again: No More Heroes
Share
Tweet
Share
Submit