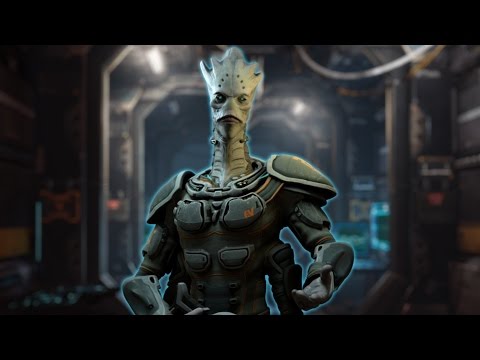 When games get DLC, it’s typically a “more of the same” sort of affair.  The developer tacks on a new scenario, perhaps a handful of units, and a modicum of fresh story and calls it a day.  Stardock has taken a very different approach with its flagship 4X title, Galactic Civilizations.  With a great deal of scrutiny from top to bottom, it’s certainly checked the aforementioned boxes, but with Crusade it’s also overhauled every aspect of the base game.  With nearly two years of time to hone its new 64-bit engine, the Stardock team has provided so many new features, it could scarcely be called an expansion as much as it could be a sequel.  We thought the original release of GalCiv III was a little unambitious — I’m prepared to eat those words.

The first and most obvious change in Crusade is the UI.  It’s sleek, streamlined, compact, and designed to be highly-searchable.  You can see a lot of summary items that allow you to drill down and examine what technologies you are researching, any citizens you have in play, and any Espionage you might be engaging in (more on them later).  Similarly, you can see what resources you are accumulating, and at what rate.  It sounds like a lot, but the UI is tucked into the edges nicely to the point where it’s unobtrusive.

The UI is far more clean this time around.

Before we dig into the meat of Crusade, let me first mention that there is no new campaign — that is, no single player expansion to the storyline that has already been established.  That said, the changes that Stardock has made permeate every bit of the original product, making so many adjustments that the base product is inexorably changed.  However you ran your war before, you can’t go back — not that you’d want to.

Stardock has put in a system that allows you to define your own civilization.  How they look, what racial advantages they have, their disposition, how the AI will play them, and much more.  If you are an aspiring artist, you can even upload your own assets for a truly unique experience.  Using a bolt-on system that is beyond intuitive, you can even design how every ship in your fleet (including starbases) will look, mixing and matching all of the parts and pieces from every other civilization.  You can also animate them fairly easily to bring them to life. Organic, biomechanical, sleek, or junk – the end result will be unique, and you can share all of it on Steam with a few button presses.

The tech tree offers a wealth of options.

While you can build your own civilization, but the developers have tossed three more into the mix to shake things up.  The Slyne are a gelatinous technocracy, pushing the tech tree hard to achieve victory, whether that be through military force or ascension.  Conversely, the Onyx build their ships out of rock (as their name might suggest), focusing more on espionage to achieve their goals.  The third race is a human offshoot called the Terran Resistance — a throwback to GalCiv II.

Supporting these new civilizations is a rebuilt economic engine.  In every 4X game, your job is to expand and snatch plants from the enemy, but now there are new choices for colonization and terraforming that may change your approach.  Each planet has bonuses and detractors based on their individual characteristics.  For example, an icy planet might let you extract valuable crystal resources, but it might be very difficult to farm for food.  Conversely, a lush green planet will be hotly contested, but might not be as suitable for manufacturing.   Having more control over the planet’s governance provides a tighter reign over your production, without creating a lot of micromanagement overhead.

Central to planet management is a new Citizen system.  Every ten turns you’ll receive a new citizen to either work in your central government or drop onto a planet to boost a particular area.  A scientist will provide 3% extra research for the central government, but placed on a planet they’ll boost that planet’s research by a whopping 30%.  Workers do similar things for manufacturing, and administrators allow you to build additional survey ships and establish colonies.  As you run the research tree, you’ll unlock other citizen types.  Generals will provide legions for ground invasion, and farmers provide more food. Pushing behind simple stat modifiers with a face are specialized ones like spies who unlock the espionage tab, and generals that allow you to invade planets, to name a few. There are over a dozen types, granting customization and balancing to fit your needs, be they research, war, or anything in between, making your civilization heavily dependent on these citizens.

If you invest in the right resources, you’ll be able to promote your citizen. Depending on your ideology – Benevolent, Pragmatic, or Malevolent- you’ll be given options on how you’d like that promotion to occur.  Do you work your loyal scientist into the ground for a quick technology discovery, or do you send your celebrity on a glad-handing mission to raise the happiness of your citizens?  It’s a great system that expands beyond what we normally see, even in a venerable series like Civilization.

When your attempts at “playing nice” fail (as mine always do), you’ll be using your shipyards to build massive fleets to unleash on your foes.  It’s here that I ran into a bit of a balancing issue.  Even early on in multiplayer games against the AI, they always seemed to have more cash, technology, and better ships.  When mousing over them, my chances were often “Certain Death” in nature, leading me into a war of attrition where I threw hundreds of ships against the wall until it finally broke.  Against human players, the true strength of any 4X game, this problem is mitigated.

After you grind down the enemy and bombard the planet, you’ll need an invasion force to stamp out any resistance on the surface.  The aforementioned General citizens will give you five legions each, and putting them on a transport to the ground initiates a ground invasion.  A new screen shows the layout of the planet, complete with whatever advancements the enemy has placed there.  You’ll drop your legions strategically to harass and destroy those improvements, ultimately clashing to take out the defenders.  Again, I ran into balance issues as my force of 24 trooper brigades struggled time and time again to take out just three defenders.

As I ramp up my war machine, trade becomes more important.  Crusade updates this system with an eye on the new resource system.  The AI is pretty good about coming to the table with the right trades at the right time.  It never felt like, “I used a random number generator and will now offer you this pointless tech in exchange for a completely random number of credits and way-too-crucial tech.”  Instead, they seem to look at where you are on the technology arc, and will offer up something that should alleviate your struggle, but not by too much.  I did run into something funny that allowed me to game the system, however.  When the enemy would try to come in with a hard sell, I’d often back out of the offer, and then make a similar offer, or even a lesser offer, often with positive results.  There were times I paid practically pennies for incredibly powerful research advancements.

I saved the best new feature for last:  Once you’ve recruited a Spy citizen into your government, the Espionage system is unlocked.  These agents are crucial to your success if you want to get ahead of the enemy.  Landing them on a hostile planet allows you to disrupt production, pull valuable intel like any hostile intention they may have, and what they might be building.  Disruption of production is vital to the endgame, especially as you choke off and destroy enemy trade routes and mines.

Planetary management is key to maximizing the economic benefits

There is one technical issue that I’ve run into consistently.  When I build a custom civilization, I’m unable to bring it into multiplayer without the game crashing.  I suspect this is something that they’ll patch quickly, as it’s a core feature to the expansion, but I’m surprised it wasn’t caught heading out the door.

Certainly there are some balance issues here and there (though with as easily modded as this game is, you can simply tune it yourself), but my only complaint goes back to the campaign.  Occasionally, it feels as if you are hemmed into a single solution path.  As an example, during one sequence, one of the two factions expanded so fast that I was forced into diplomacy with them as they had over 500 ships to my 40 in the blink of an eye.  This was baked into the original product, and I was hoping that the new features might help, but instead I just had a few new tricks to tackle the same problem.

There’s an absolute wealth of fantastic new features in Crusade, every one of which turns the 4X genre on its head. Few companies would rip apart a shipped product and inject so many improvements, but the risk paid off big time. There are still a few balance issues to clean up, but Crusade manages to take something conservative and turn it into something revolutionary.

Ron Burke is the Editor in Chief for Gaming Trend. Currently living in Fort Worth, Texas, Ron is an old-school gamer who enjoys CRPGs, action/adventure, platformers, music games, and has recently gotten into tabletop gaming. Ron is also a fourth degree black belt, with a Master's rank in Matsumura Seito Shōrin-ryū, Moo Duk Kwan Tang Soo Do, Universal Tang Soo Do Alliance, and International Tang Soo Do Federation. He also holds ranks in several other styles in his search to be a well-rounded fighter. Ron has been married to Gaming Trend Editor, Laura Burke, for 21 years. They have three dogs - Pazuzu (Irish Terrier), Atë, and Calliope (both Australian Kelpie/Pit Bull mixes).
Related Articles: Galactic Civilizations III: Crusade
Share
Tweet
Share
Submit