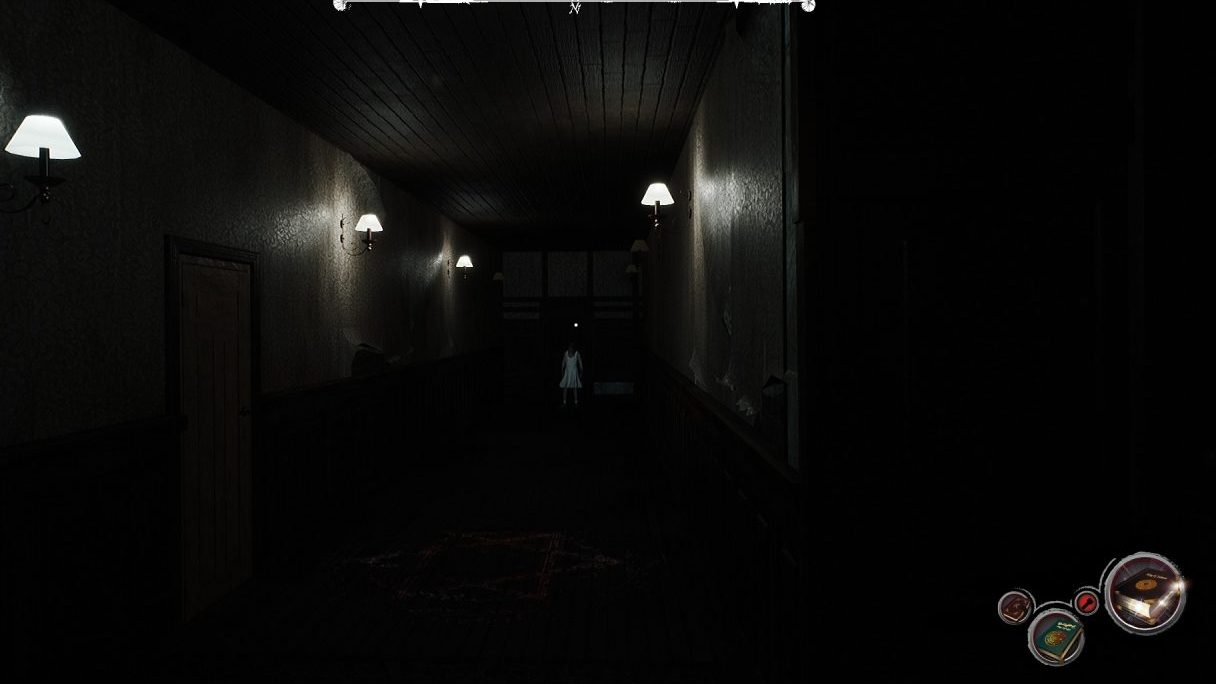 I really like horror games. Resident Evil, The Evil Within 2, and Outlastrank as some of my favorite games ever. I think it really sucks that horror as a genre has been seeing fewer and fewer quality releases. If you answer to this problem is to release a title like The Curse of Anabelle, then I’d much rather the genre just die with dignity. 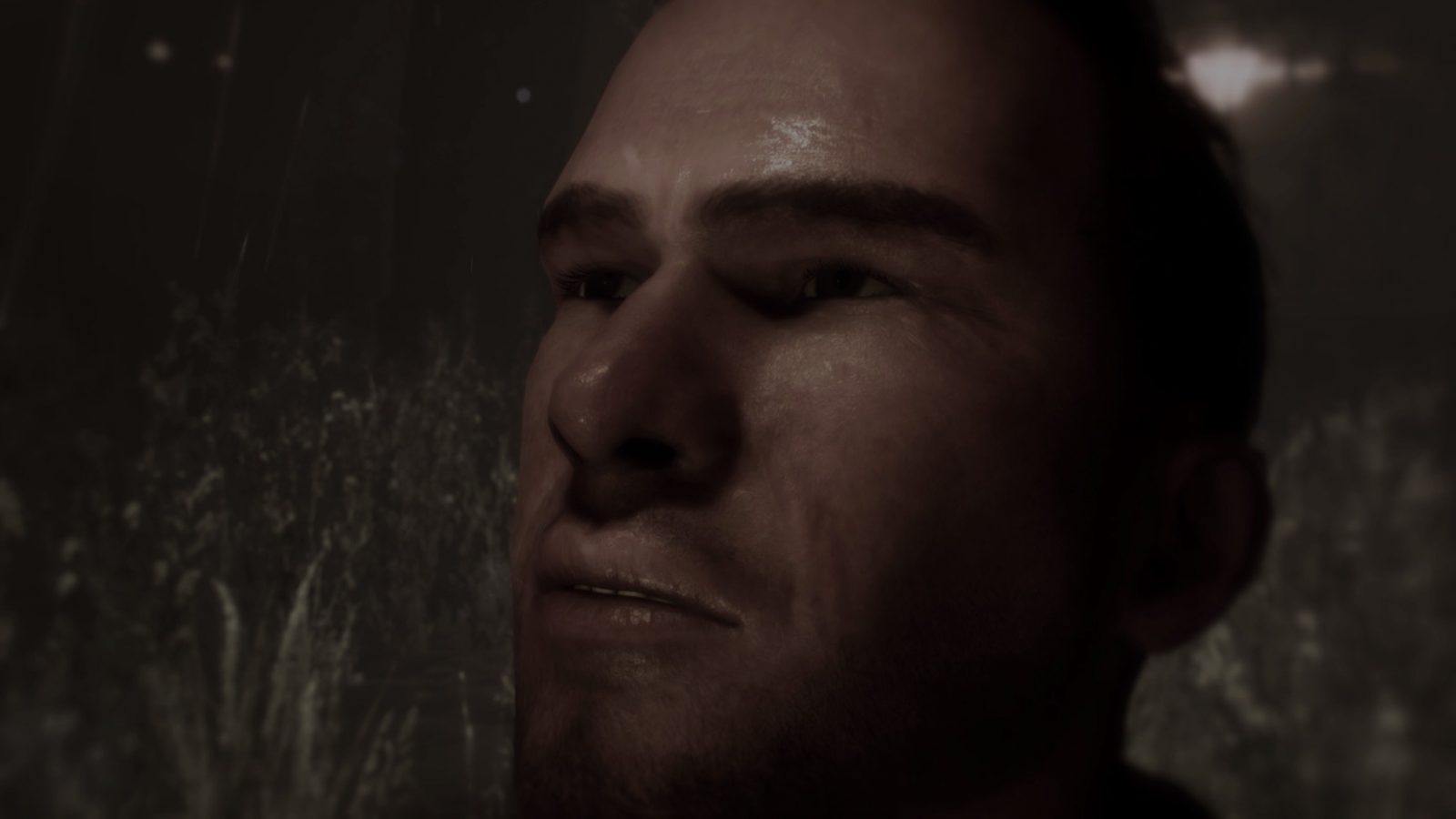 This lasted for around 20 seconds. 20 seconds of this.

The first thing you will notice is that the Curse of Anabelle is really ugly. It is also really dark even with a flashlight that they quickly ditch. Mirrors aren’t actually mirrors: I’m pretty sure they just put a mirror image of the environment in a mirror frame and called it a day. I’ve never seen this done before, and it’s terrible in practice. The character models are horrific, and not in a good way. This makes the decision to have incredibly long zoom-ins on the characters’ faces even more confusing than it would be if the models looked just decent.

Items in the environment get a white outline if you can interact with them, and I don’t have a problem with this idea in theory, but the outlines are visible through walls. This isn’t a huge problem, but it just makes an already ugly game look that much worse. I could go on all day talking about how ugly the game is but unfortunately, the gameplay is just as terrible. 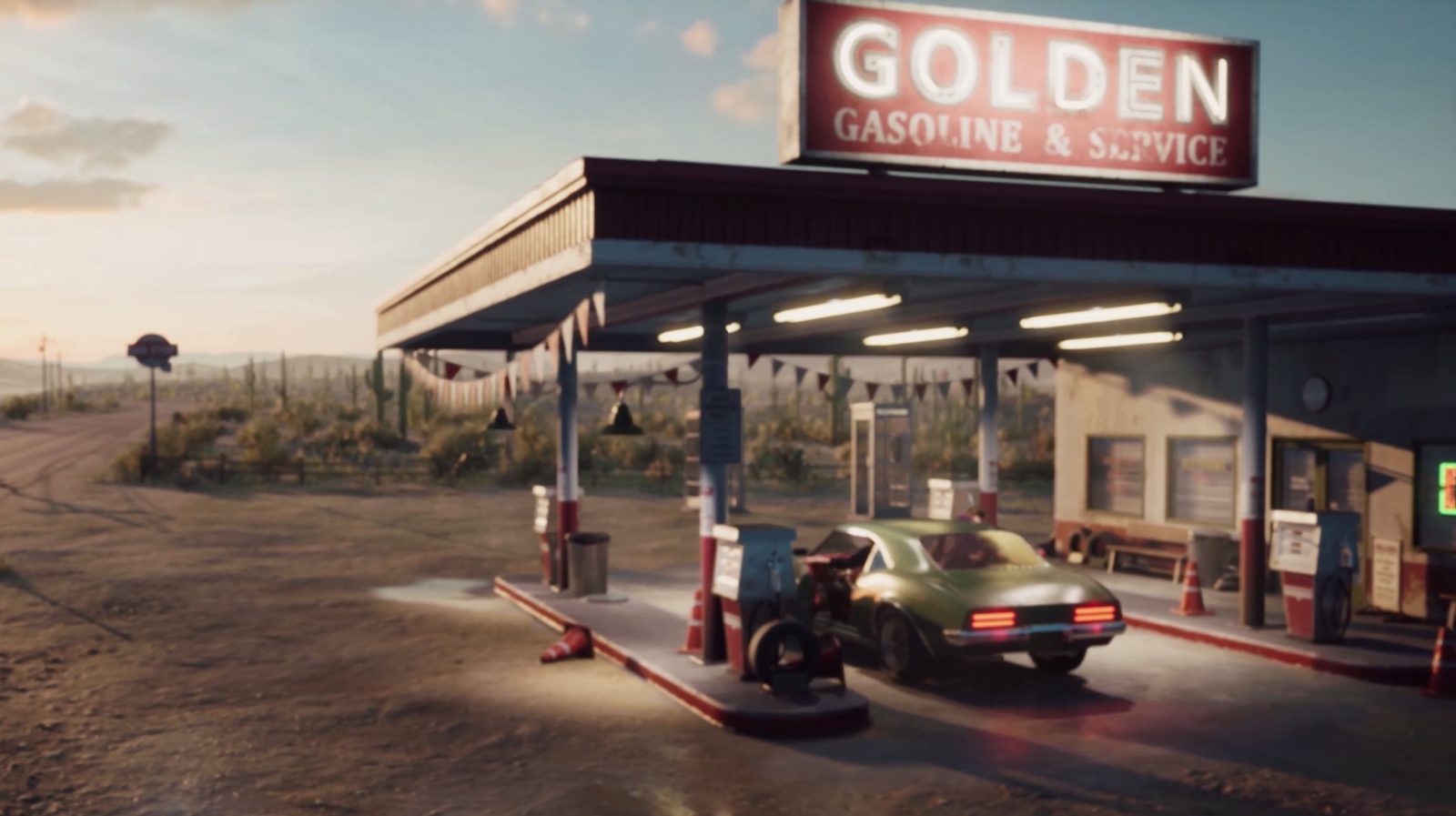 Your eyes are not playing tricks on you. The Curse of Anabelle is just that blurry all the time.

You want to talk about games like Gone Home being a walking simulator but the Curse of Anabelle is a game where all you really do is walk from one destination to another. While Gone Home weaved an intriguing narrative that kept me going, the Curse of Anabelle had me begging for the game to end so I wouldn’t have to play it anymore. The story is as standard as you can get. Girl goes missing. You have to find the girl. Spooky stuff happens. It’s really that basic. The game has an entire section of walking around a mansion looking for items so you can craft crests to banish demons. Sounds interesting enough. It’s a shame, then, that they put nothing in the mansion. No enemies, no jump scares, no music. It’s just you fumbling around in the dark since the game decided you can’t have a flashlight anymore. You do have a power to turn all the lights on around you for a set period but this is stupid. Just give me a flashlight. Better yet, don’t take away the one you already gave me.

So, the main problem with the Curse of Anabelle is that it is just a terrible game all around. There are, of course, plenty of little things that just pile on an already miserable experience. The game has a strange blur to everything that looks awful. This, combined with incredibly repetitive sound design, makes the game a painful experience to play. I actually got a headache when I played it for more than half-an-hour. I think there are a total of two songs in the game and one of those is used maybe twice while the other is the menu music. 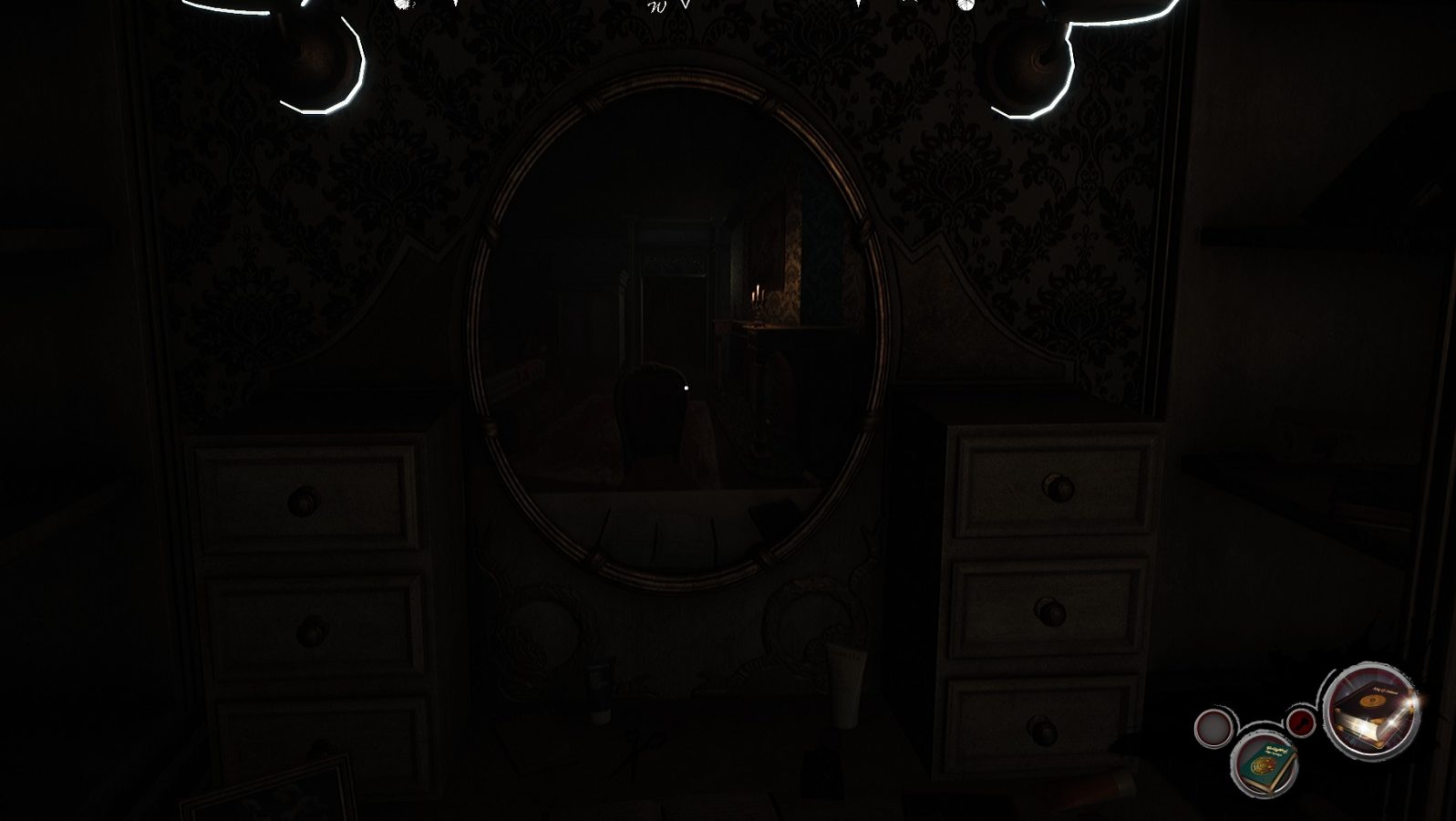 Yeah, that is not how mirrors work.

The voice acting is terrible and not the lovably terrible you find in early Resident Evil titles. It’s clear they wanted some of the camp found in Resident Evil but failed to have any solid characterization. You could insert any random person into this situation and it would work just the same. The Curse of Anabelle doesn’t understand how to be a good horror game or a good parody.

The Curse of Anabelle isn’t scary. It isn’t funny. It certainly isn’t a good game. The only thing scary about this game is the fact that it can kill the player of pure boredom.

The Curse of Anabelle isn’t scary. It isn’t funny. It certainly isn’t a good game. The only thing scary about this game is the fact that it can kill the player of pure boredom.

Austin Fern has been playing video games his entire life. The first console he truly fell in love with is the PlayStation 2 with Sly Cooper, God of War, and many others really leaving an impression. He enjoys all genres of games from FarCry 5 to Danganronpa and everything in between.
Related Articles: Curse of Anabelle
Share
Tweet
Share
Submit