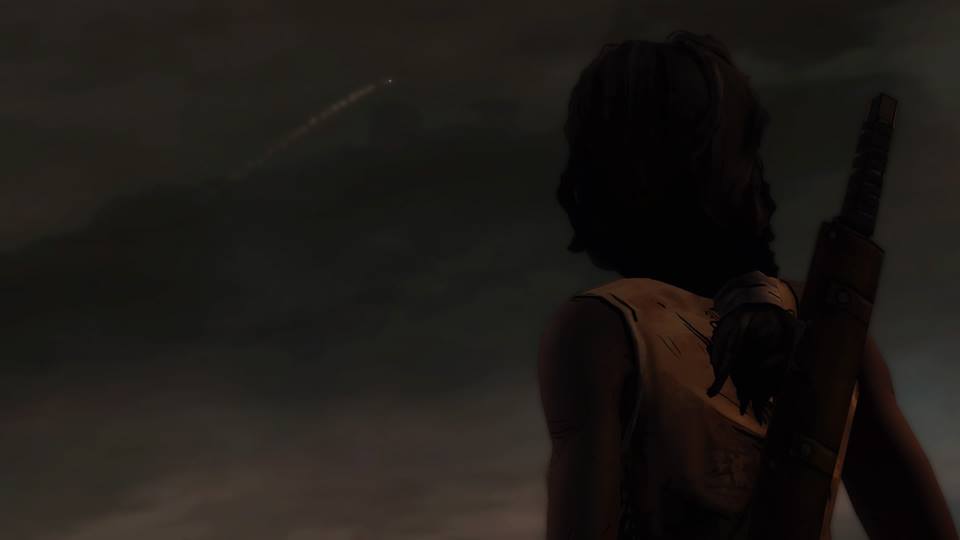 [The following is part two of our ongoing review of The Walking Dead: Michonne. Check out part one here]

In its second act, The Walking Dead: Michonne manages to pull itself ahead of its weak debut by tapping into stronger emotional beats and compelling moral conundrums. Episode two, “Give No Shelter,” does a much better job at incentivizing players to view Michonne in more than one light, where “In Too Deep” seemed dead set on telling the player who Michonne was going to be regardless of their input. At times it may give them more reason to play the character as the cold-blooded killer the series has tried to paint her as up to this point, but it also gives just as much evidence that Michonne can be merciful should the player choose to portray her in such a way.

“Give No Shelter” starts with Michonne and what’s left of her crew escaping from a settlement in which they’re being held prisoner, and from there you’re given a chance to really start developing Michonne as you see fit. How you choose to make your escape will set Michonne on a path to potentially be viewed as a murderer, but even so, it never feels like you’re “locked into” that narrative from just one choice.

Throughout the episode, Michonne is painted as a conflicted character, and it’s up to the player to decide on which side of the fence she falls, even if others think they have her figured out.

The cast that surrounds Michonne all start to come into their own in “Give No Shelter” as well, as characters like Pete and Samantha settle into opposing roles of Michonne’s conscience. Pete, the more level-headed of the group, is always looking for a more pragmatic way of solving issues, while Samantha is a more hot-headed and emotion-driven young woman. Both feel like believable representations of Michonne’s inner-turmoil, and give a convincing face to both of Michonne’s potential mindsets.

“Give No Shelter” does a good job of making Michonne’s struggle more believable and sympathetic, but it does suffer on the action front due to some significant padding and silly set pieces.

One of the more time-consuming segments of the episode has Michonne, Pete, and Samantha taking a “shortcut” to escape a pursuing group of hostile forces by climbing up the remains of a collapsed electric tower. The entire section felt like a contrived QTE-driven set piece, one that was made in the interest of extending the episode rather than a sequence necessary for progressing the plot.

But overall, “Give No Shelter” did a good enough job of making me care about Michonne’s plight that I’m more excited for the finale, “What We Deserve,” than the first episode could have ever made me. Much of the series still falls into old hat, but the character at its center is compelling, and that’s enough to pull me through one more episode.

The Walking Dead: Michonne "Give No Shelter"

"Give No Shelter" still doesn't do much to stand out among everything else in The Walking Dead's universe, but it does make a more compelling case for its main character's struggle.