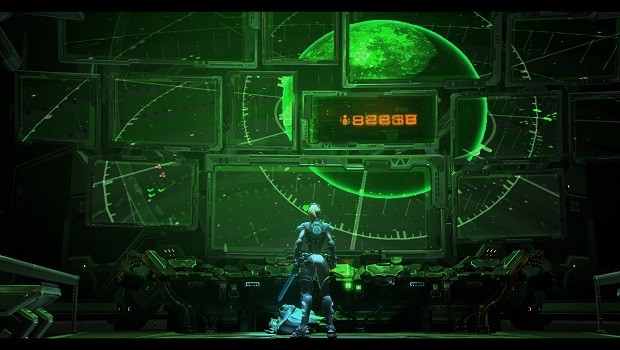 The Ghost is one of the more intriguing unit types in the Starcraft universe, as evidenced by the fact that there was almost a full-fledged game produced around it called Starcraft: Ghost. Though the game ended up being cancelled,it’s not difficult to imagine the intriguing tales of espionage and cool gadgetry that would have come from it. Nova Covert Ops does a decent job of carrying the mantle, but you’ll probably only enjoy it if you enjoyed Starcraft 2’s campaign missions in the first place.

The content for Nova Covert Ops is planned to be broken into three mission packs that will release throughout the remainder of the year. Mission Pack 1 contains roughly 1-3 hours of content, depending on your skill level and the difficulty you play. If you played the prologue missions to the Legacy of the Void campaign, Whispers of Oblivion, you’ll know exactly what to expect from Nova.

In terms of gameplay, the focus is mostly on the micro-management of Nova as she takes on missions requiring the surgical precision that comes naturally to a Ghost.  Nova, being a “hero” character, has special abilities that make her much more capable than a typical unit. During missions you will encounter optional objectives which tend to give Nova new equipment and abilities. Between the missions you can customize Nova to play in completely different ways; by default she’s equipped with cloaking armor and a sniper rifle, but you can swap the cloaking armor for a set equipped with a jetpack, or trade in the rifle for a shotgun. However, some missions are tailored around a certain weapon or equipment mechanic, in which case you utilize what you’ve got.

The units themselves are also subject to the whims of your desire to customize, enticing you with options like giving your marines a greater line of sight or amplified stimpacks, or equipping your siege tanks with jetpacks. It’s fun to have that extra layer of strategy wrapped around the action, but I  wish there were more missions to execute on.

A portion of the gameplay falls back on base building, to a small extent. The missions are never deep enough to encourage the production of massive armies, and the tech tree arbitrarily limits you to a handful of lower tier units, but you’ll nonetheless find yourself in the familiar juggle of managing units in the field and the operating rhythm of your base. The missions that have you juggling are certainly the more challenging ones, whereas the lone wolf Nova missions are more centered on story and the fiction of being a Ghost.

There’s a generous amount of cutscenes, using both the in-game engine and pre-rendered cutscenes, which add a significant amount of weight to the game’s production value. Nova Covert Ops feels like its own endeavor rather than a hastily put-together collection of levels using Starcraft 2’s mod tools. Just as I felt with the base game, the level design is fantastic, with lots of detail and animated objects throughout the environment. There are even new death animations for the enemy units to account for Nova’s unique weaponry. The cutscenes seem slightly plainer than what we saw in Legacy of the Void, with perhaps a bit less detail in the object models, but it still looks phenomenal.

There are, however, two significant caveats to this mission pack. First off, it’s way too short. The ability to customize Nova and your units is more of a novelty than a boon to your combat strategy, since it only applies to a couple of missions. It’s a hell of a tease for the game to end when it feels like it’s just starting to heat up. Second, the gameplay mechanics are still tied down to Starcraft 2’s point-and-click mechanics, which you may have grown tired of even before Legacy of the Void arrived. Nova Covert Ops wants so desperately to emancipate itself from the confines of SC2’s engine, but it can’t.

Although I wish there were more missions and that some new mechanics had been introduced, there’s some fantastic Starcraft narrative and gameplay here. The price to content ratio is fair, and this is the closest we’re likely going to get to experience what Starcraft: Ghost could have been. If you enjoyed the Terran, Zerg, and Protoss campaigns you’ll get a great kick out of Nova Covert Ops.