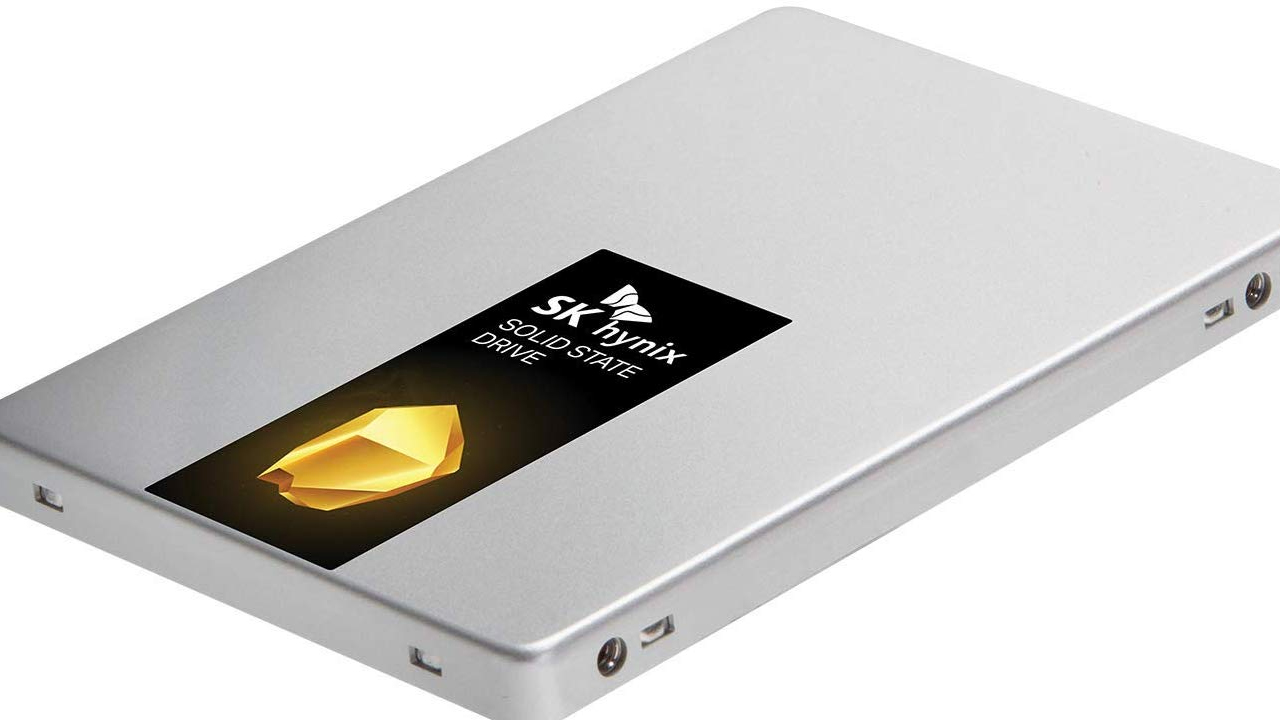 When you think of hard drive manufacturers, South Korean manufacturer SK Hynix probably doesn’t spring to mind. Names like Samsung, Western Digital, Seagate, Toshiba, Fujitsu, and similar behemoths have ruled the roost for years, but is there room for one more? I’ve recently gotten my hands on the 1TB S31 Solid State Drive from SK Hynix, so there’s little more to do than to see how it stacks up.

Before we format the drive, let’s take a look at the specs on the S31:

All of these are fairly standard for SSDs, with the exception of the last bullet. More often than not, we are seeing manufacturers drop their warranties down to three years, or worse, just a single year of warranty coverage. SK Hynix jumps in with a full five year backing for their hardware, though it’s important to note that SK Hynix is not based in the United States, so it’s a bit of an unknown property. It was time to see if it could deliver on the rest of the promises. 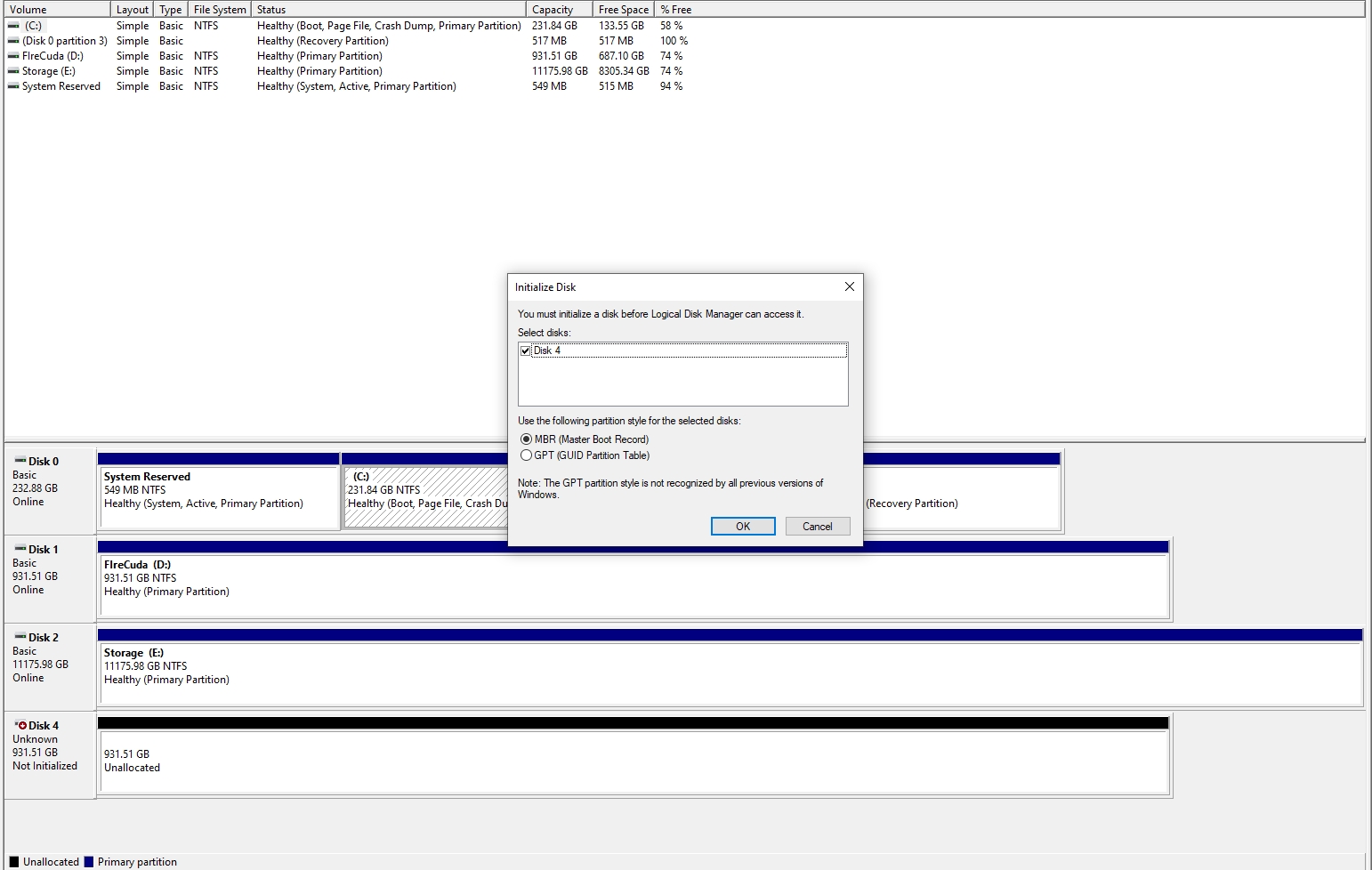 Before we work too many synthetic benchmarks, I tend to review with a mixture of benchmarks and real-world drive copies. I also repeated the same tests three times each with the drive empty and 50% full to see if stacking up some bits makes a difference. I’ll spare you a lot of technical mumbo-jumbo and just say “it didn’t.” Let’s get to the tests.

The S31 comes in three different sizes, and I performed my test on the 1TB SSD, which retails for $123.99 (though it’s currently listed at $118 on Amazon). First up, the Crystal Disk Mark test. 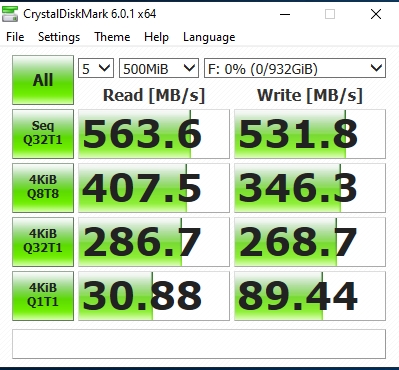 As you can see, the drive delivers 536 MB/s reads and very respectable 531 MB/s write speeds, placing it easily in the same performance bracket with the likes of the Samsung 860 EVO — the current leader in the SSD space. Better still, the 4KQ1 performance (4KQ1 is the measure of how well your hard drive can write random 4K blocks of data — small blocks slow the drive read and write speeds down dramatically) 30.88 MB/s read and 89.44 MB/s write, which translates to 7905 and 22,896 IOPS (IOPS are input and output operations per second, and higher is better — the calculation being speed divided by queue depth, multiplied by 1024) at that queue depth. Again, this places the S31 well within striking distance of the big players in the market. Next up, let’s look at ATTO. 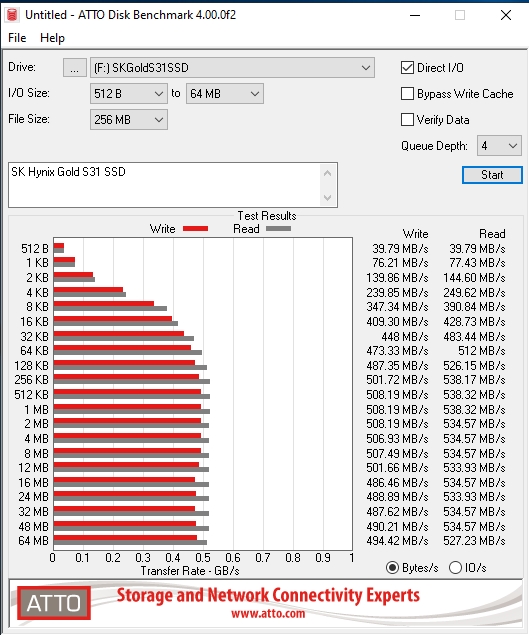 I like the ATTO test as it tests several block sizes and it does so in an easy to read and digest format. As we saw in the Crystal test, the IOPS and throughput are certainly slower on smaller blocks, as you would expect, but the drive speed shortly hits close to the advertised rates and maintains it nicely. For comparison, the Seagate SSD we reviewed a year ago delivered similar speeds, but with a three year warranty and a higher cost.

With synthetics out of the way, I wanted to get some real-world drive executions to show whether or not the S31 could deliver when the rubber meets the road. 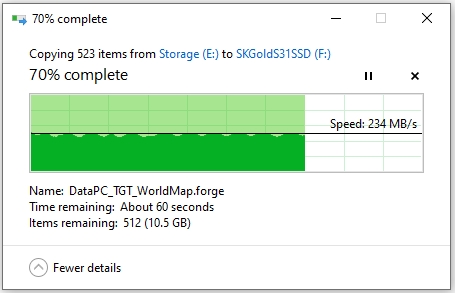 Copying from a large mechanical drive to the S31 shows the upper limits of the mechanical drive, delivering the maximum throughput that other drive can muster. The S31 performed flawlessly here, but it does nicely showcase that SSDs are truly twice as fast as HDDs. 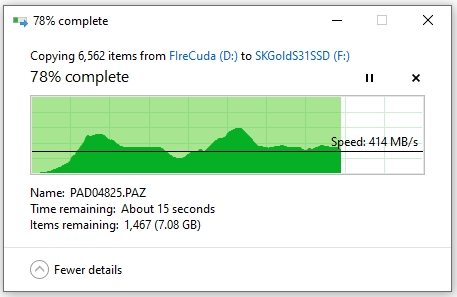 Copying from SSD to SSD.

Moving to a like-for-like copy shows a little more variance, but it also demonstrates the queue depth and file size references I made earlier. Hitting around 420 MB/s copying a 50GB game from one SSD to another gives a real idea of the sort of performance you can expect, and skews closer to the theoretical maximums advertised on the box. 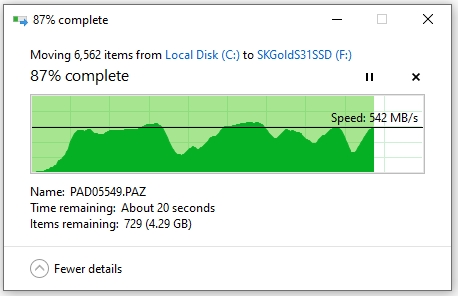 Copying from m.2 NVME to SSD

This particular test is a David and Goliath sort of situation. The m.2 nvme drives on the market today are capable of delivering 3000 MB/s read and write, so obviously there isn’t an SSD that can tax it. Copying a file from that m.2 to the S31 shows the limits of the platform. Without relying on a slower drive to feed it, we see the true performance arc. In fact, with peaks hitting 542 MB/s, it actually manages to hit very close to the advertised maximum.

With real-world performance matching not only advertised rates, but also theoretical maximums, there is no doubt that the S31 delivers on its promises. The warranty period is second to none, with SK Hynix delivering a 5 year promise versus the 3 year or 1 year offered by their competitors. The only concern is whether or not their real-world warranty service can bring the same heat. Welcome to the fight, SK Hynix.

Ron Burke is the Editor in Chief for Gaming Trend. Currently living in Fort Worth, Texas, Ron is an old-school gamer who enjoys CRPGs, action/adventure, platformers, music games, and has recently gotten into tabletop gaming. Ron is also a fourth degree black belt, with a Master's rank in Matsumura Seito Shōrin-ryū, Moo Duk Kwan Tang Soo Do, Universal Tang Soo Do Alliance, and International Tang Soo Do Federation. He also holds ranks in several other styles in his search to be a well-rounded fighter. Ron has been married to Gaming Trend Editor, Laura Burke, for 21 years. They have three dogs - Pazuzu (Irish Terrier), Atë, and Calliope (both Australian Kelpie/Pit Bull mixes).
Related Articles: Hardware, SK Hynix S31 SSD
Share
Tweet
Share
Submit