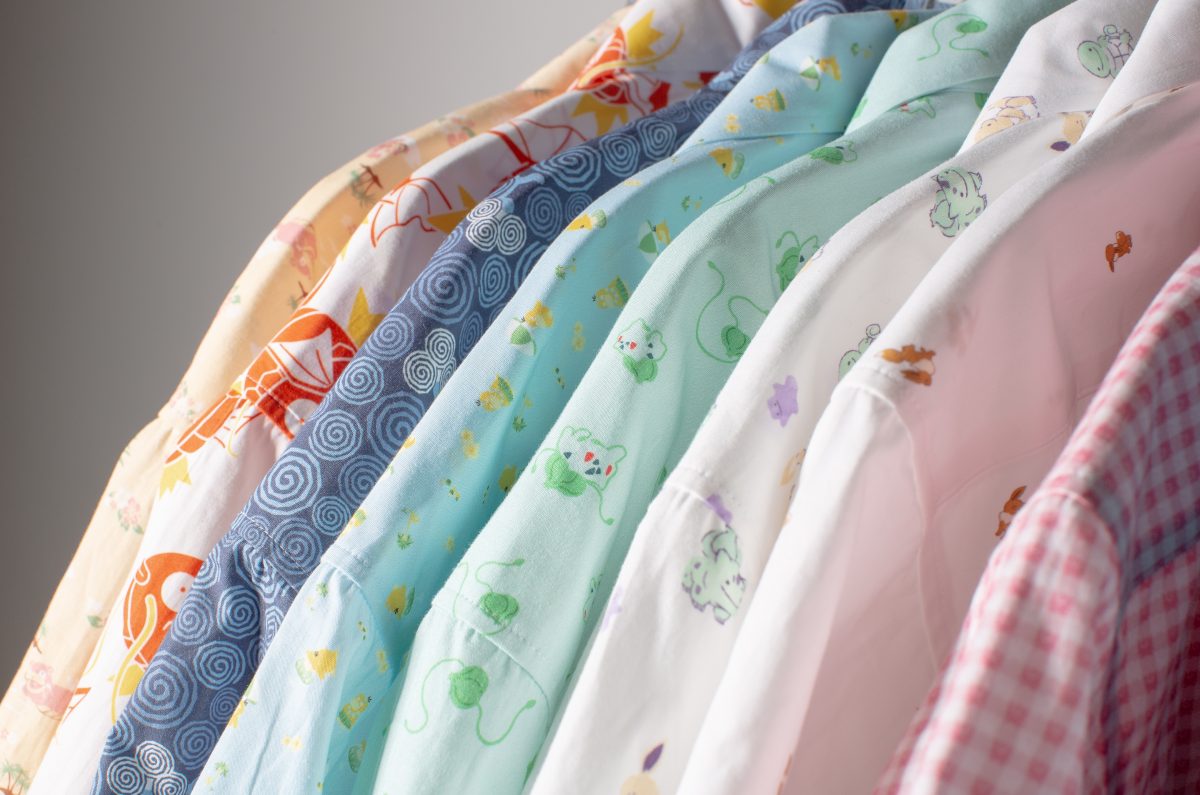 Pokémon is not a young franchise, and many of its fans are reaching an interesting age: they are adults with jobs, kids, and some even have some decent money to spend. So what happens when Pokemon grows up? 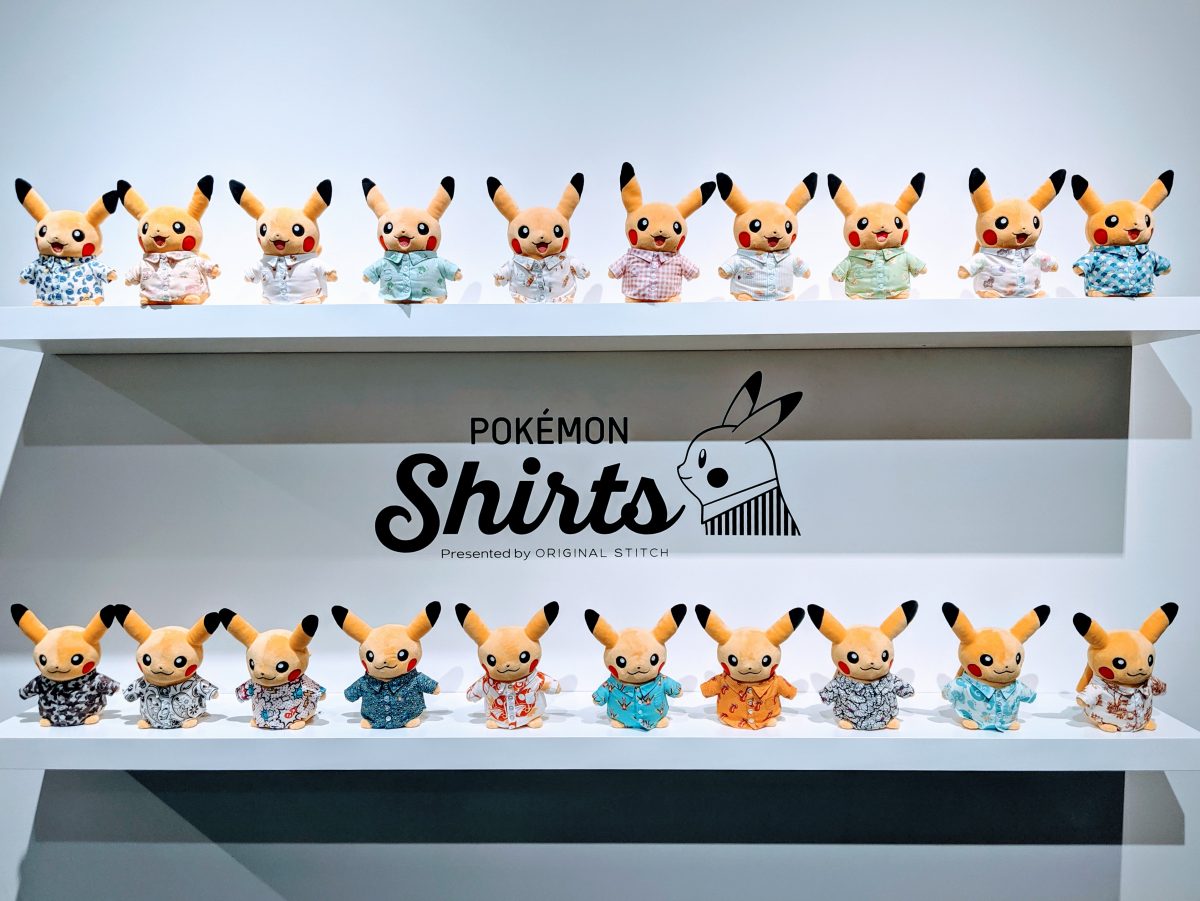 While the real selling point of the Original Stitch line is the ability to customize your shirt, trainers who made the trip to the pop-up were able to purchase a limited number of ready-made shirts featuring one of four designs: Lickatounge, Vileplume, Snorlax, or Magikarp. These short sleeved shirts match the four designs which are currently featured in the in-game Pokémon GO store, perfect for trainers who feel the overwhelming need to match their avatar.

The sizes have been updated for the American market, they have also been expanded and you can now purchase shirts in sizes up to 6XL. I was able to take home a Snorlax shirt of my own, and the women’s medium was actually slightly large on me compared to most women’s dress shirts. If you’re still concerned about the sizes of shirts, the Original Stitch website will actually give you the exact measurements of the shirt you are purchasing as you customize it, to help reduce sizing errors. 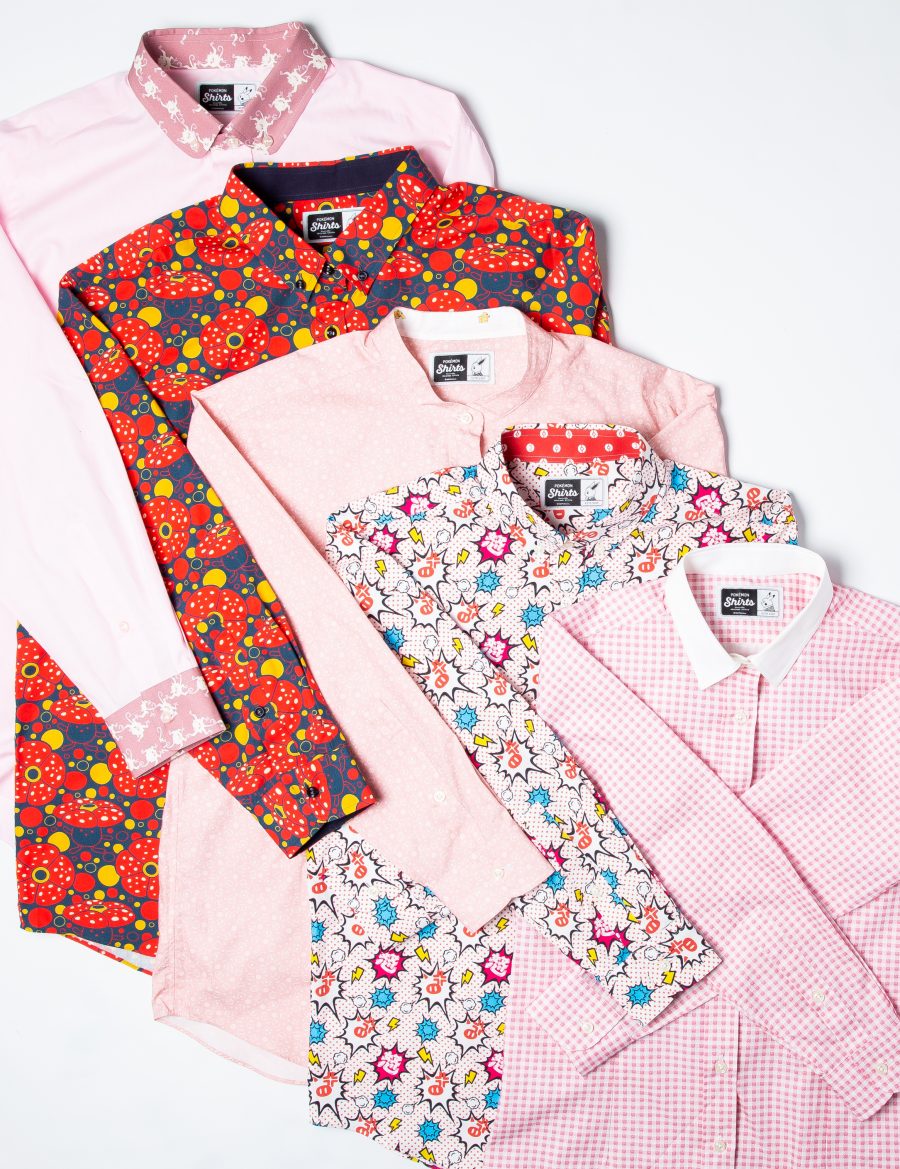 But really, the highlight of these shirts are the amazing, sometimes almost invisible Pokémon features in the patterns. The Jigglypuff design happens to be one of my favorites, it’s so easy to miss the curly q detail of its hair, yet once you see it it is unmistakably a Pokémon. It’s an amazing way to show your fandom and keep your inner child alive while also dressing like a professional. This dichotomy was not lost on Marina Carroll, Marketing Specialist for Original Stitch. “That intersection of fandom and fashion, that’s what’s exciting to me. My husband is the biggest video game nerd of them all,” she told me as she motioned to a rack of display shirts. “He loves playing Overwatch, but he is in a full suit everyday for work. With something like this, he can show his love for games while still looking professional.”

And these designs are truly made for Pokémon fans; the more you know about the Pokédex and the odd little details and stories it tells, the more you will appreciate these patterns. I got to ask several members of the Pokémon team about the creation of the Pokemon designs, and heard story after unique story about how much love and thought were put into these designs. 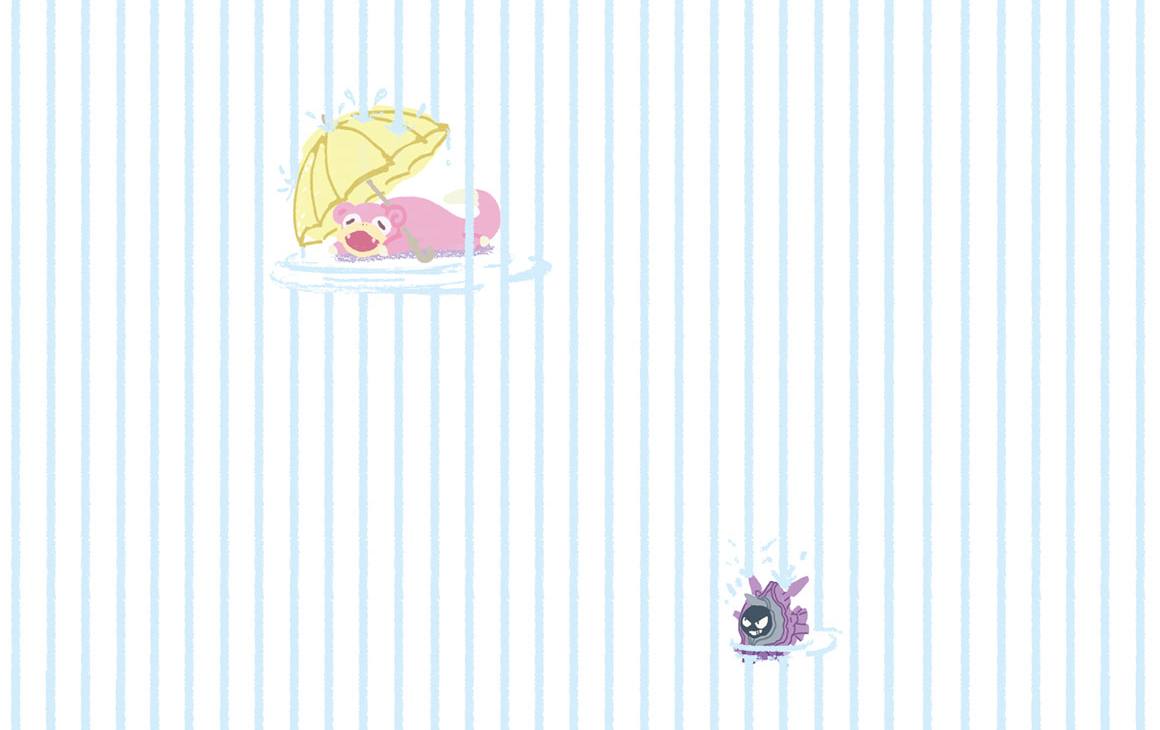 For Takato Utsunomiya, COO of The Pokémon Company, the Slowpoke shirt was his favorite because of the brilliant integration of the pinstripes. The design, featured above, shows thin blue pinstripes of rain against an open-mouthed Slowpoke. “The Pokédex says that it rains whenever Slowpoke yawns, so we made sure that Slowpoke was yawning and then made the ring the stripes.” 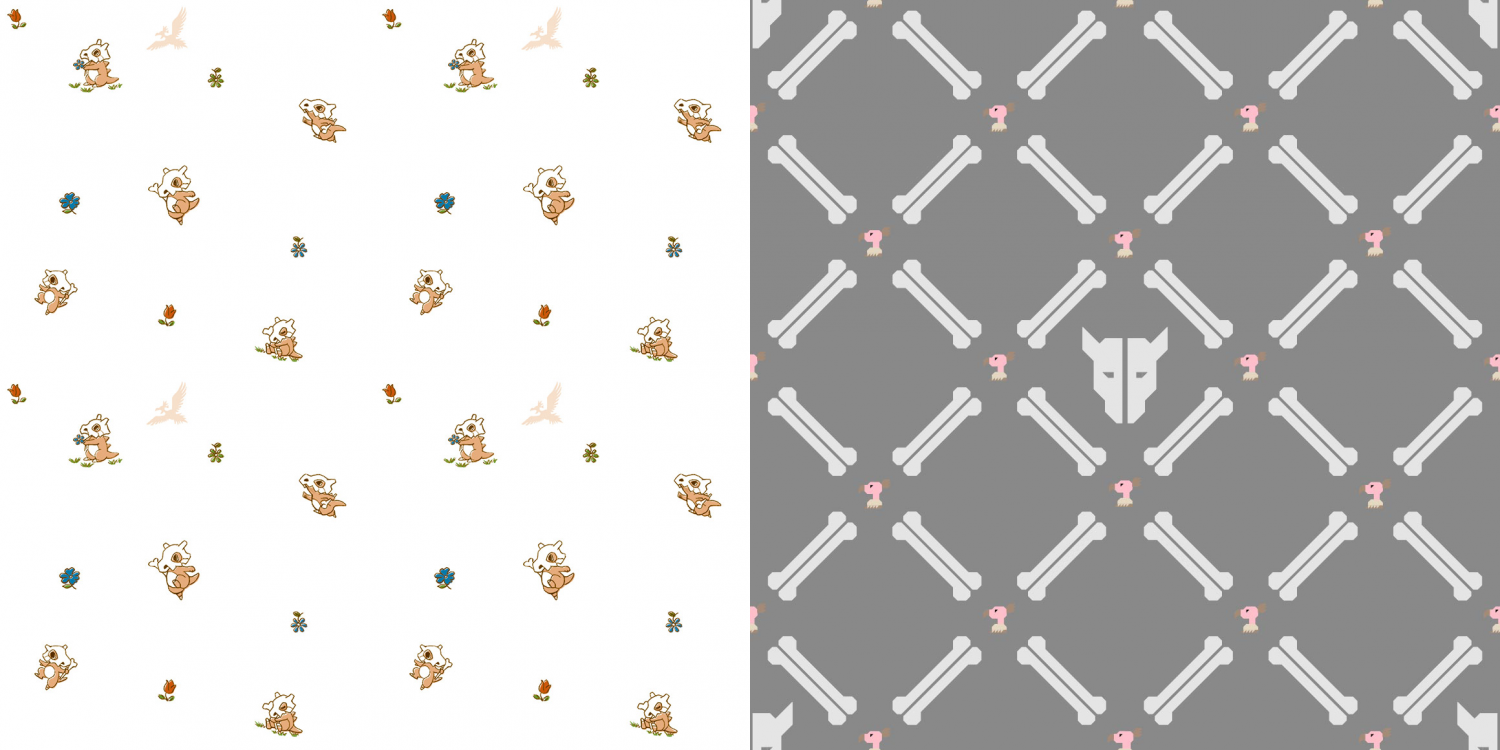 This level of love and detail continues across much of the series. One example being the Cubone and Marowak shirt combinations. Cubone is said to be the natural prey of Mandibuzz, the vulture Pokémon, and in the Cubone pattern, a Mandibuzz shadow hovers menacingly above a crying Cubone. Looking over to the Marowak shirt, Marowak’s club-bones form X patterns across the shirt, and with a small Mandibuzz head featured in the middle. The Cubone has since grown up from being a baby Cubone and is now seeking out Mandibuzz to take its revenge. “This one is a little bit morbid,” Annie Zhong, who works for The Pokémon Company Tokyo, added after elaborating on the design. “I’m surprised it made it in!” 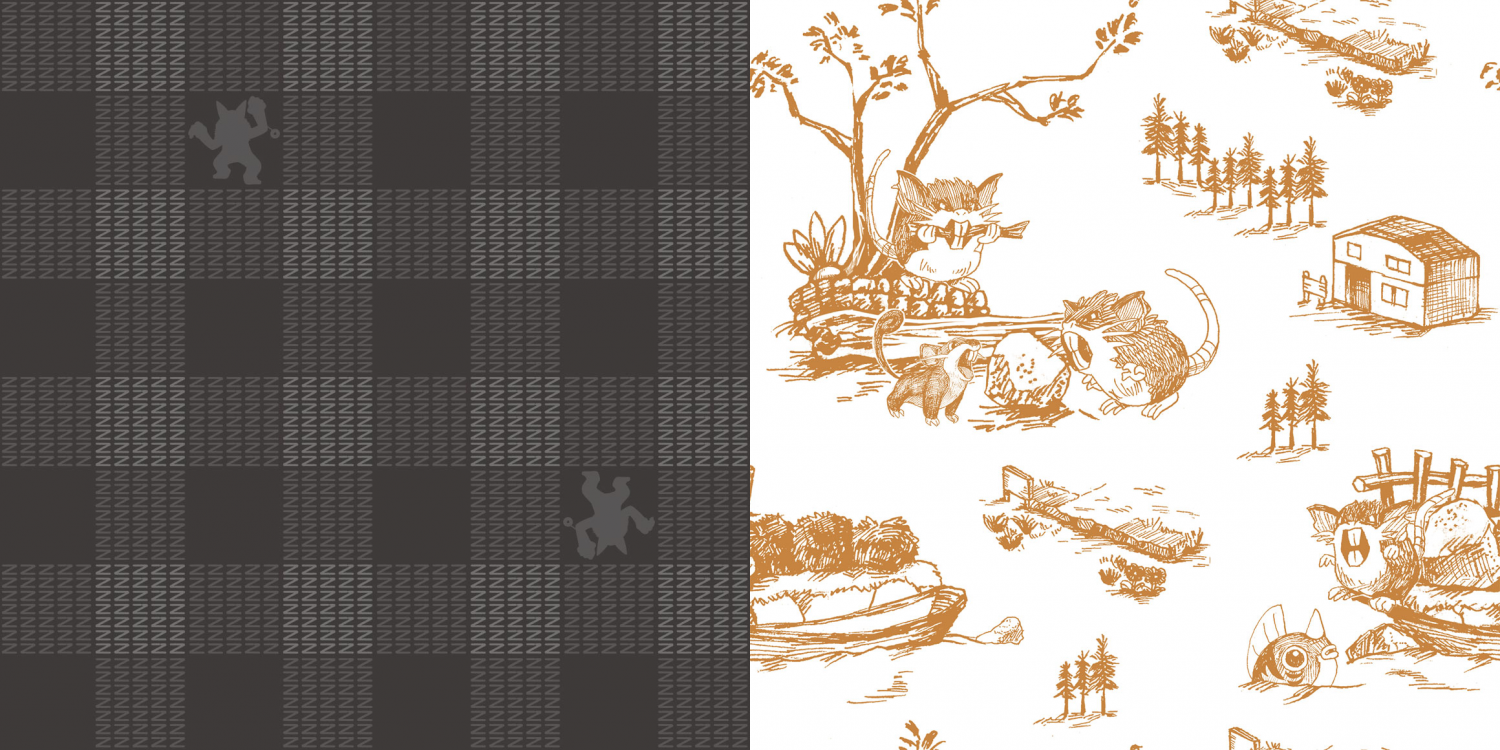 Not all designs are rooted in those with extensive knowledge of the Pokémon universe. The Hypno shirt, for example, is made up of checkerboard patterns with a Hypno outline in between them. However, the close observer will see that the lighter checkerboard patterns are actually made up of a series of Z’s. This is a tribute to the fact that Hypno likes to put its opponents to sleep. That said, others are incredibly deeply rooted in Pokémon lore, such as the Raticate design, one of my personal favorites. This Toile-inspired pattern shows various Raticate in different poses, one of which is peering down at a Seaking. This is an extremely obscure nod to Radicate’s Pokédex entry, which says that Raticate will occasionally challenge Seakings to a swimming race, because Raticates are excellent swimmers thanks to their webbed feet.

And for those wondering, I did, of course, take the opportunity to chat with The Pokémon Company employs about the upcoming Sword and Shield games. While there was a lot of excitement, everyone remained pretty tight-lipped, and would not say so much as a word about starter evolutions, much less new features. One employee of the Tokyo office even said they completely understood and sympathised with and shared in the frustration of not having seen a starter evolution yet, because she said that she and many of her coworkers had not yet caught a glimpse of the evolved designs for Scorbunny, Sobble, and Grookey. 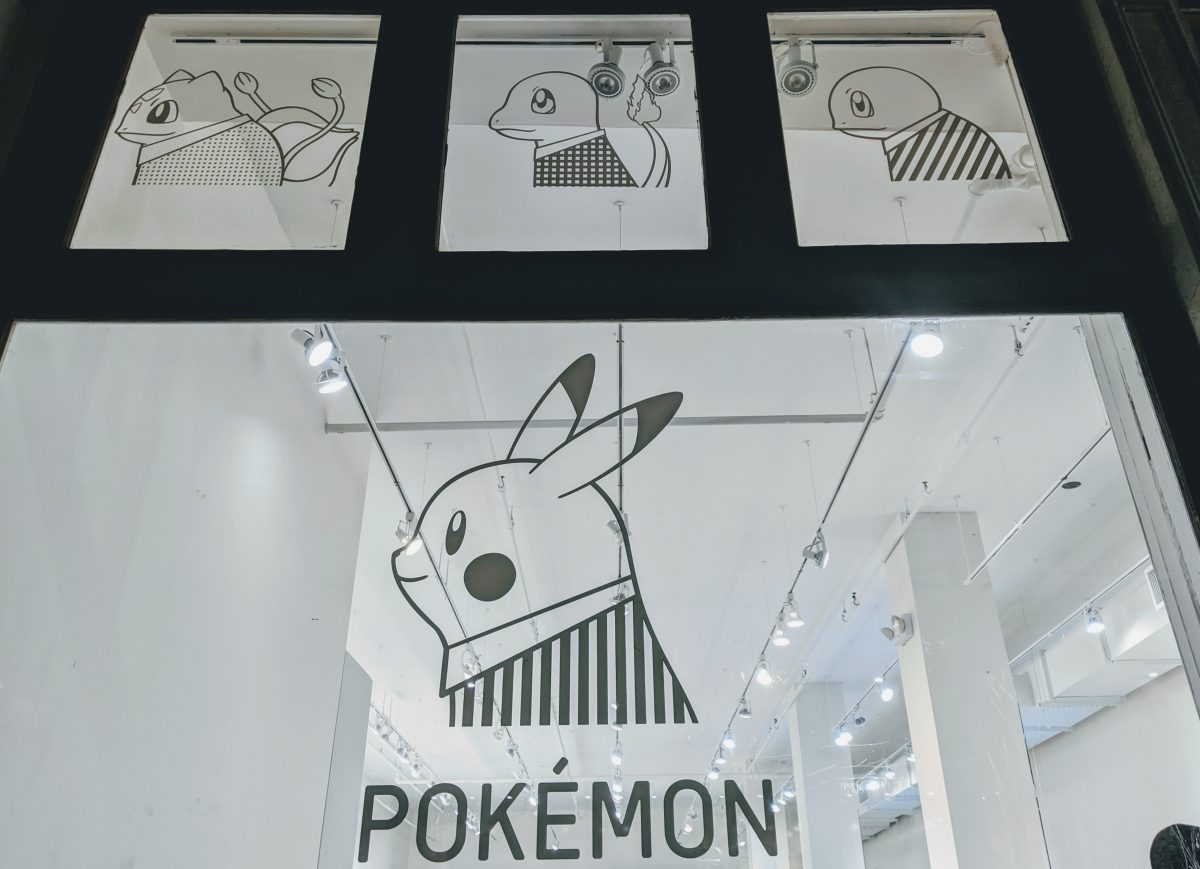 Perhaps the most surprising discovery of the evening was that this is actually the first collaboration for Original Stitch. And what a first collaboration to take part in! The pop-up store itself was minimalistic but still delightful, with all 151 Pokémon designs laid out with a stuffed toy of each Pokémon. The simple, charming little boutique highlighted the quality of both the Original Stitch fabrics and The Pokémon Company’s dedication to their brand.

Thank you to The Pokémon Company and Original Stitch for inviting us out to the Western premiere of this new shirt line. We can’t wait to see what collaborations open up in the future; I’m going to be impatiently waiting for wallpaper and fabric so I can make my own custom skirts featuring these amazing designs. Head on over to the official Pokémon Shirts website to customize your own Pokémon dress shirt. Be professional out there, trainers!