I have a bit of a history with The Elder Scrolls Online. At launch, I played it with a few friends and we fell off very quickly, especially since it was a subscription based MMO at the time. A few years later, I worked QA on the game at Bethesda Softworks; it had certainly improved in the time I wasn’t playing so I’ve been checking in every once in a while when I’m not playing Final Fantasy XIV. Along with the latest DLC, Blackwood, comes the official launch of PlayStation 5 and Xbox Series X and S versions touting better visuals, improved frame rate, and more. You can check out Editor Holly Hudspeth’s thoughts on the expansion here, so let’s talk about what’s different on PS5.

At first glance, not a whole lot has changed. Diving straight into the display settings, just like on PS4 Pro you have Performance and Fidelity modes, focusing on frame rate and resolution respectively. From what I’ve observed, Fidelity mode will make some shadows look deeper so I just stuck with Performance mode for the 60 frames per second. Much to my disappointment, it doesn’t look much improved over the PS4 Pro version in either mode, save for the better anti-aliasing to remove jaggies. So let’s move on to the biggest improvement. 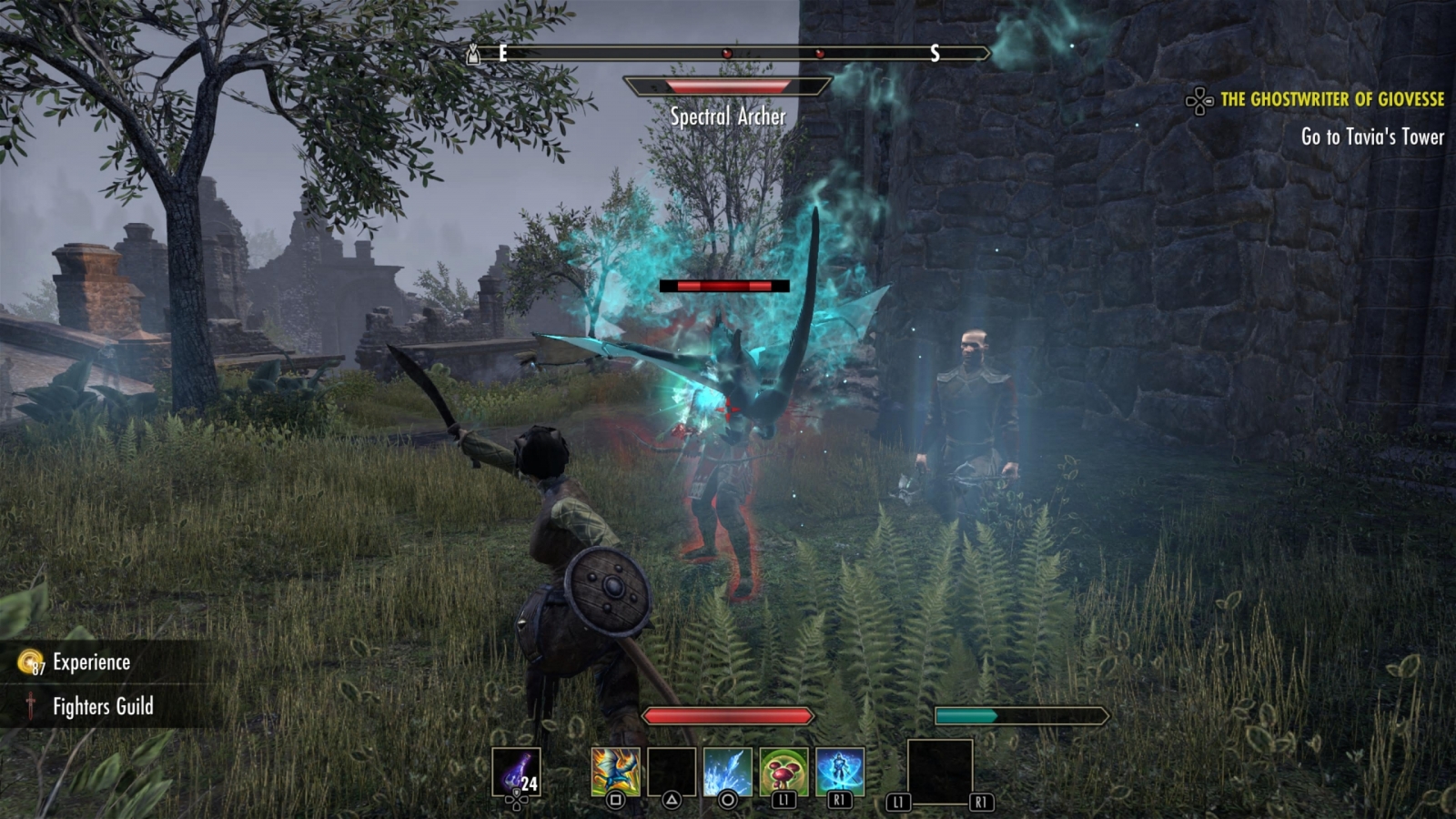 Loading times on PS5 are drastically reduced thanks to the SSD. You’ll barely have time to read the loading screen tips they’re so fast. Though they’re definitely not instant, this is a nice perk to make for a smoother experience.

That speed comes with many downsides which make this version difficult to recommend at the moment. For one, as the DualSense has a microphone built in you’ll be joining the voice channels automatically which is super annoying. There’s no setting to disable voice chat altogether, so every time you log in you’ll have to manually leave the channel and press the mute button on your controller. This may be unintended, but so are the frequent crashes. This most often occurs when loading between zones, which made me hesitant to enter certain towns or teleport. It doesn’t take too long to get back into the game, but it’s simply not something you should have to worry about. 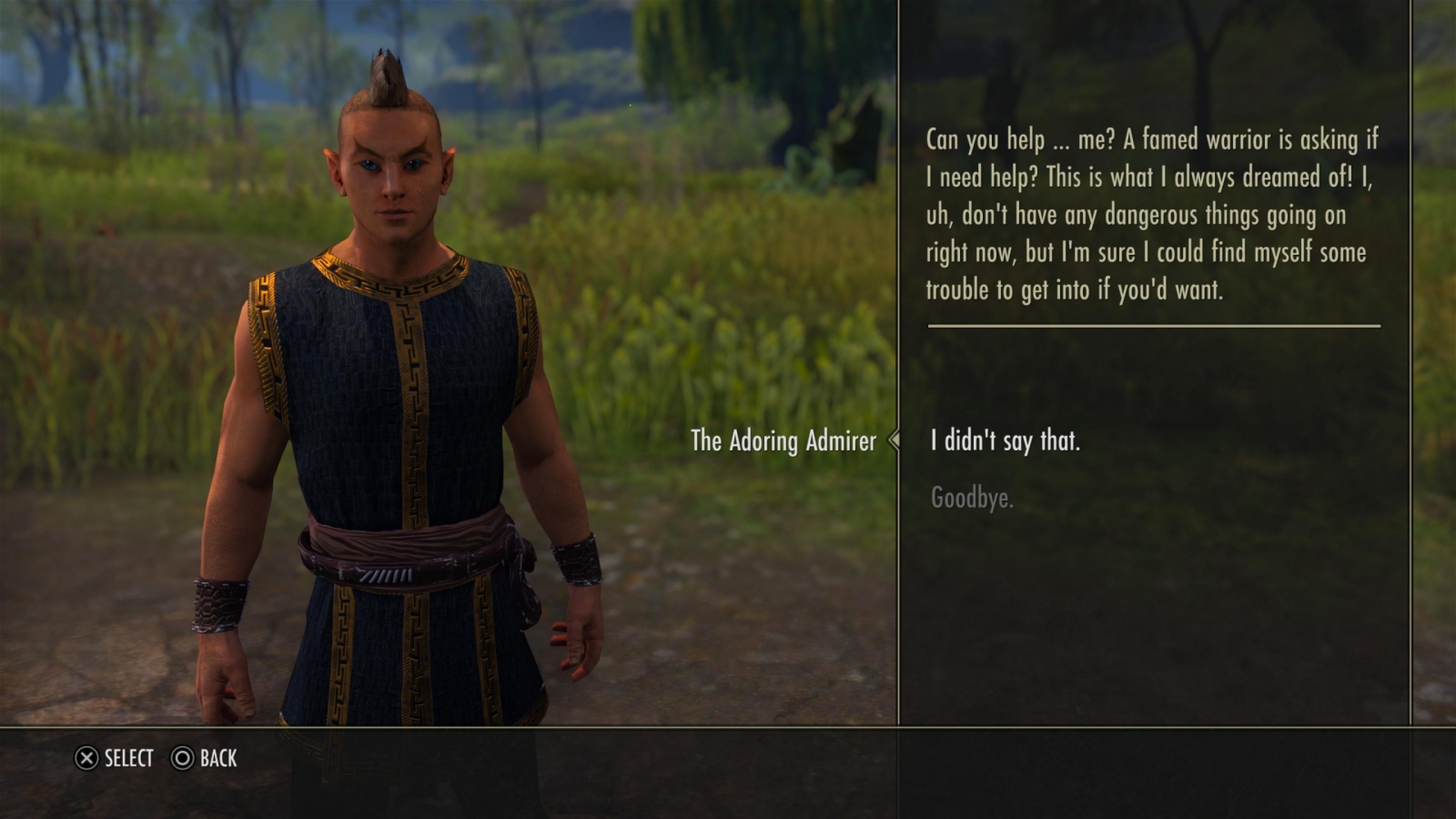 As for new features, that’s about it. There’s really nothing here to entice players unless you’re jumping from base PS4 to PS5, and even then playing the former version on PS5 is probably more stable. Being an MMO, it’ll probably get better over time but the multiple headaches here force me to advise people to hold back until that happens.

The Console Enhanced version of The Elder Scrolls Online should probably remove the Enhanced portion of it’s title. With only a minuscule improvement in visuals over PS4 Pro and multiple crashes, players should stick with the older client.

David is the kind of person to wear his heart on his sleeve. He can find positives in anything, like this is a person who loved Star Fox Zero to death. You’ll see him playing all kinds of games: AAAs, Indies, game jam games, games of all genres, and writing about them! Here. On this website. When not writing or playing games, you can find David making music, games, or enjoying a good book. David’s favorite games include NieR: Automata, Mother 3, and Gravity Rush.
Related Articles: MMO, The Elder Scrolls Online
Share
Tweet
Share
Submit