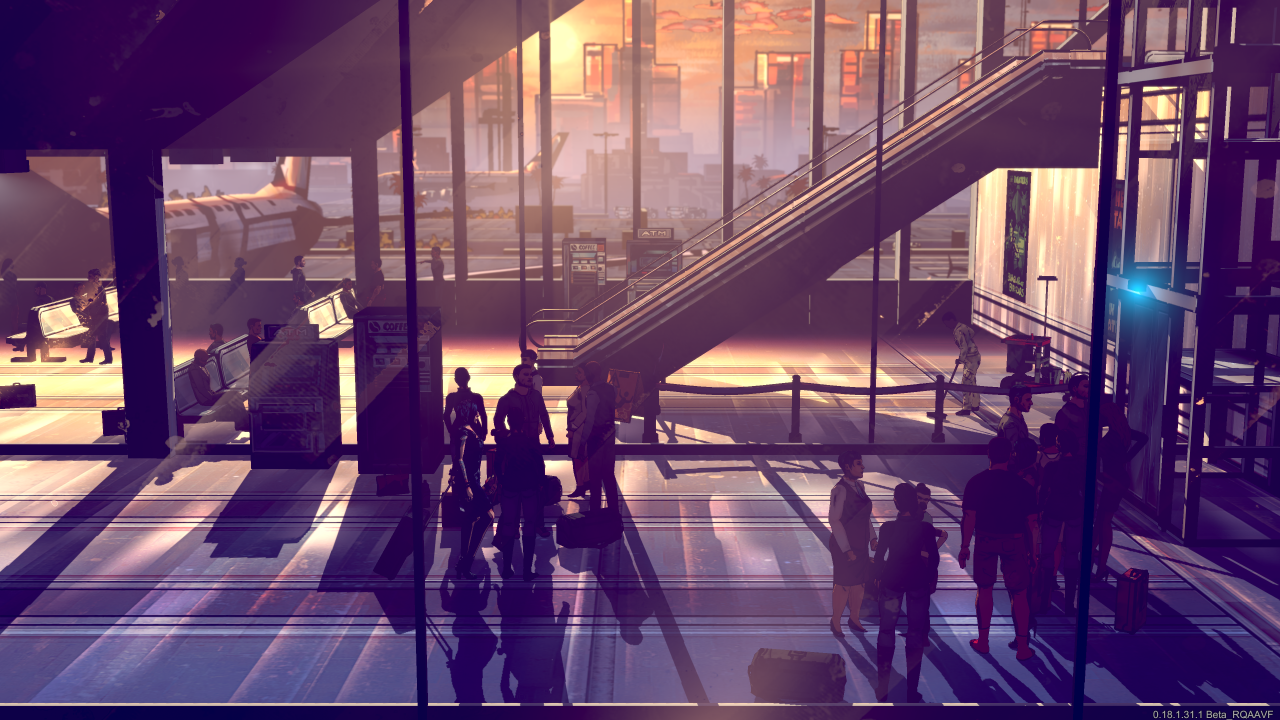 Thief of Thieves is an okay game that I wish was much better. We don’t get a lot of stealth games these days and I was hoping this would be one of the better ones. Instead, it offers pretty generic thievery while telling a loosely connected story. Thief of Thieves does do some stuff really well, namely the characters and writing, that does still make it worth a playthrough.

One of my favorite aspects of Thief of Thieves is the style. I adore comic book style video games and this is one of the better ones out there. The characters are memorable and the different vistas are unique and beautiful in their own way. From the dark, loud atmosphere of a house party to the beautiful sunset of a small Italian town, Thief of Thieves does a fantastic job of offering a variety of different locales for you to pull off your heists. It’s just a shame that the heists themselves just aren’t all that much fun.

The heists, especially the earlier ones, tend to be very one dimensional. There is only one real path to take at any given time and it really plays out more like a puzzle game with stealth elements than a true stealth game. This isn’t Hitman where you have a seemingly infinite amount of ways to solve a problem. 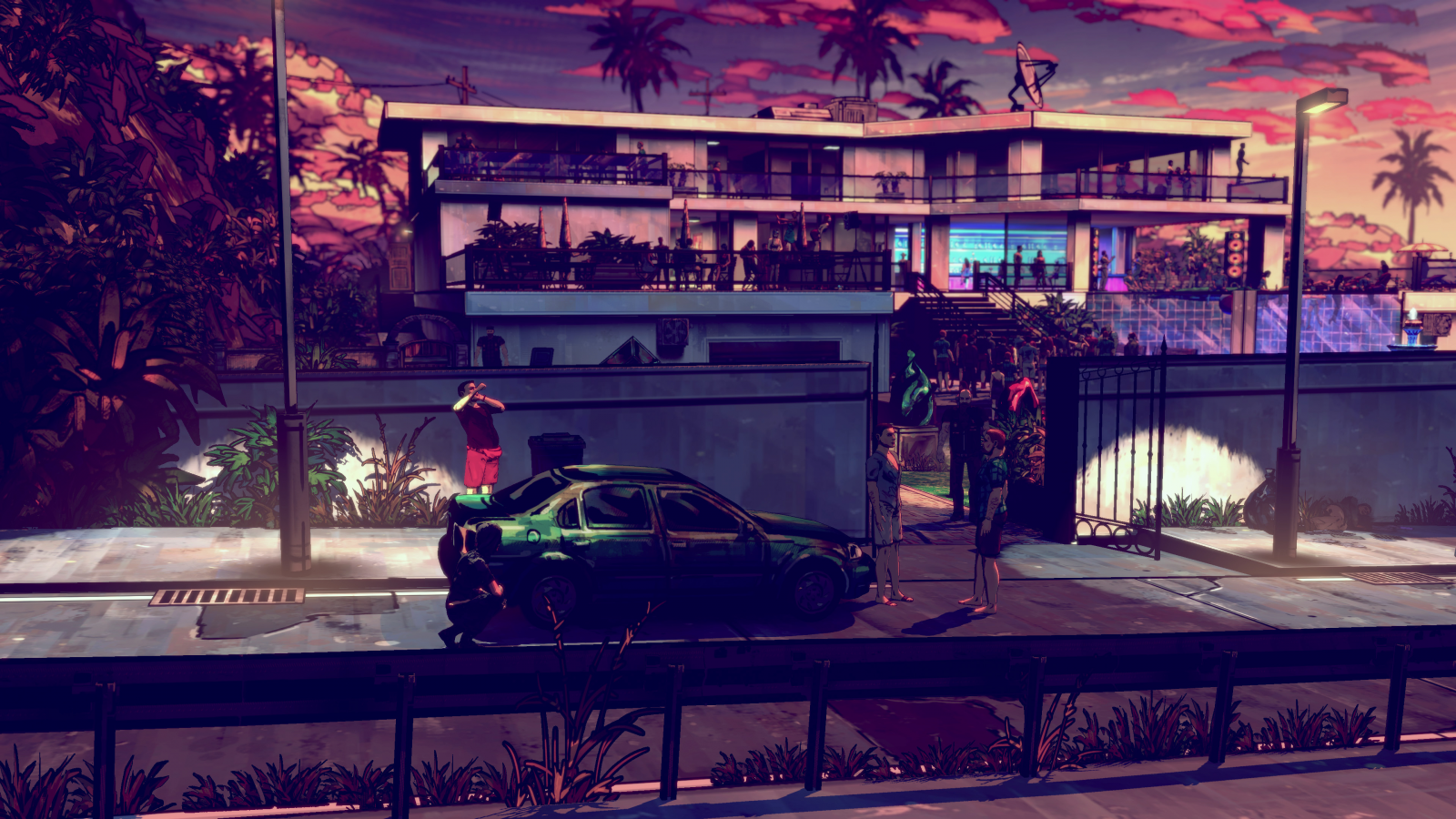 Thief of Thieves doesn’t always offer a tone of ways to solve a problem.

Thief of Thieves also differentiates itself from most modern stealth games like Hitman by triggering a game over the moment you get caught. You don’t really have an ability to deal with conflict and if a guard grabs you, there is nothing you can do. I don’t mind the pure stealth experience, but not getting caught is needlessly difficult. The game uses fixed camera angles which, while adding to the comic book style, fail to properly give you a full view of your surroundings. I didn’t exactly enjoy having to replay sections because I got spotted by a guard I couldn’t see because of the odd camera angles.

The camera also makes it difficult to navigate the environment. It’s not easy to tell your position relative to the environment. It’s too easy to bump into a box you thought you were passed or accidentally walk into a light where you are easily spotted because you couldn’t judge your position accurately. These are all issues that could be easily fixed with a better camera system and would make the game feel more fair.

These problems, while annoying, weren’t enough to keep me from playing to learn more about these characters and see how they interact with each other. The protagonist, Celia, is a colorful, sassy woman and I had a lot of fun playing through her. I also enjoy the RPG aspect of being able to select dialogue options though I do wish I had just a little more time to select an option. You have up to four options at a time and only a few seconds to select which one you want. It can be a little difficult to read them all and make a decision in that short span of time. 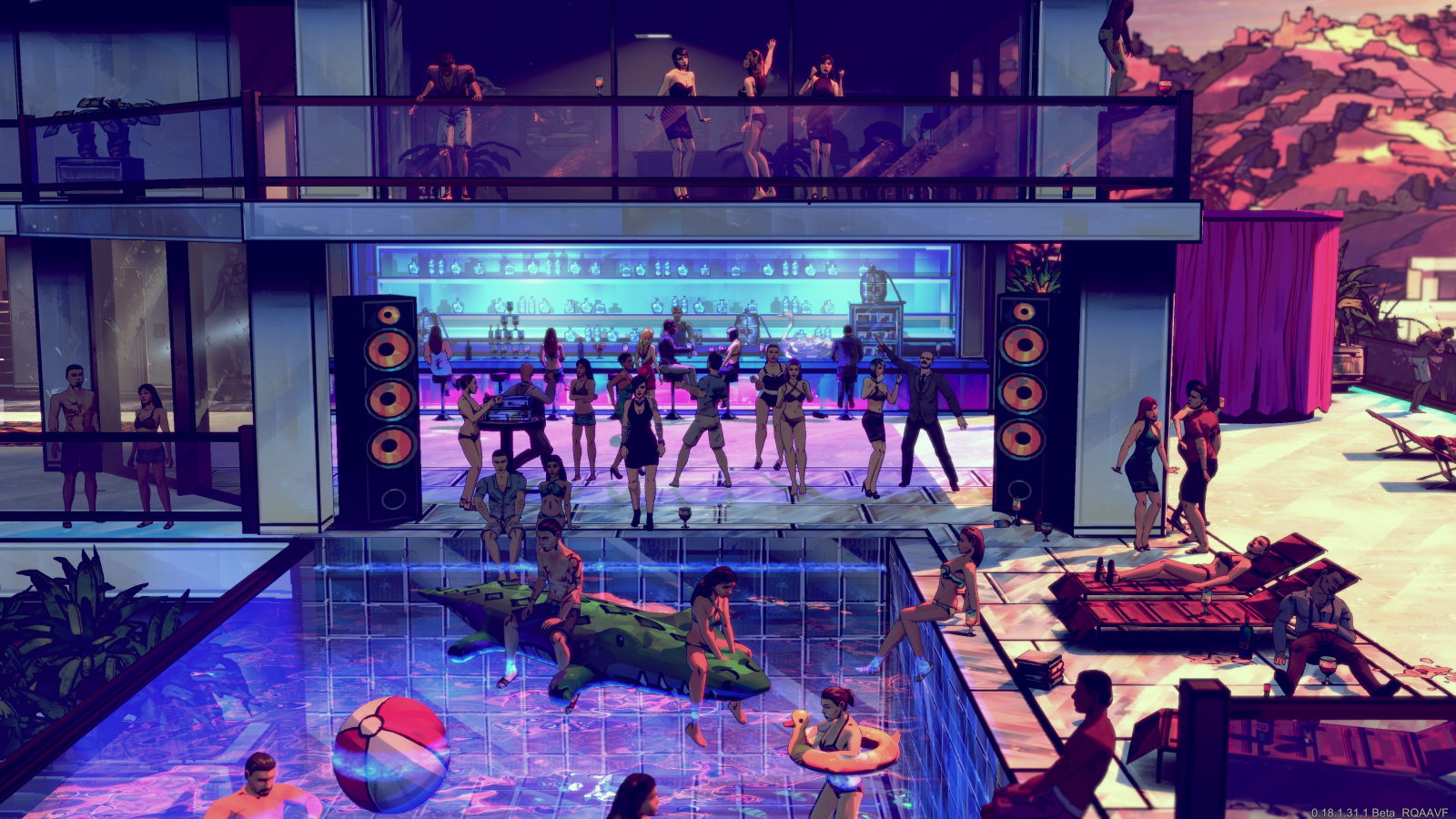 The art style is fantastic. Everything about Thief of Thieves looks good.

I also enjoy the ability of being able to choose who I take along with me on a heist. Being a master thief really just means playing through three different mini-games while not getting spotted. You’ll have to hack stuff, pick locks, crack safes, and picking pockets. Hacking involves a timing based mini-game where you have to stop a line on different spots, picking locks involved keeping a circle in a bigger circle while it wobbles and moves, cracking safes just involves lining up groves until they match, and picking pockets means a QTE event. You can choose different teammates based on the mini-games you like doing or are good at. I personally hate the pick pocket mini-game. You have to be pretty fast at it and I’ve never been good at them on Nintendo consoles. So, I bring along a pickpocket and have him do them for me. Why get better at something when I can just make someone else do it?

The gameplay is bland. What isn’t bland, however, are the cast of characters and their wonderful voice actors. From the smooth master criminal Redmond to an impatient safe cracker, these characters are all beautifully brought to life by some fantastic voice acting. Which is pretty good since Celia spends a lot of the game talking either to herself or those around her. The voice acting and writing were enough to keep me engaged even if the gameplay left me wanting. 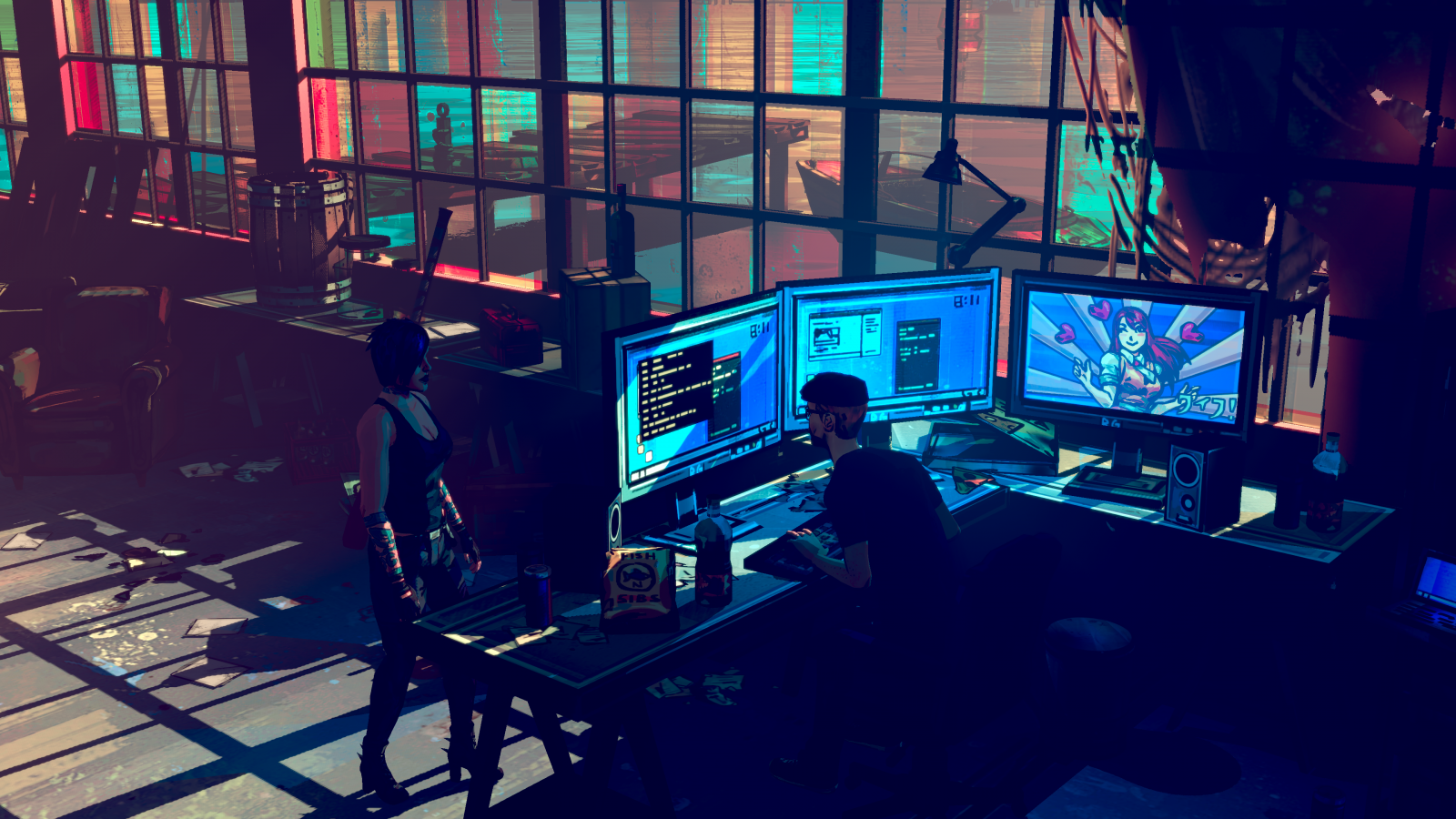 This best part about the game is the fact you aren’t going at it alone. The group dynamic makes up for some of the tedium.

What the voice acting can’t make up for is the fact that Thief of Thieves is an unpolished experience. I had to reset the game on three different occasions because it just completely froze up on me. It also had some serious stuttering issues both docked and in handheld. This is not a smooth experience.

Thief of Thieves is an interesting but unpolished stealth game that offers a great cast of characters but has little else going for it. The voice acting and writing had me invested in these characters and I enjoyed my journey with them; I just wish it had less of the stealth gameplay which isn’t exactly great since this is a stealth game. In the end, it just really made me want to play Dishonored again.

Thief of Thieves is an interesting but unpolished stealth game that offers a great cast of characters but has little else going for it. The voice acting and writing had me invested in these characters and I enjoyed my journey with them; I just wish it had less of the stealth gameplay which isn’t exactly great since this is a stealth game. In the end, it just really made me want to play Dishonored again.

Austin Fern has been playing video games his entire life. The first console he truly fell in love with is the PlayStation 2 with Sly Cooper, God of War, and many others really leaving an impression. He enjoys all genres of games from FarCry 5 to Danganronpa and everything in between.
Related Articles: Thief of Thieves: Season 1
Share
Tweet
Share
Submit