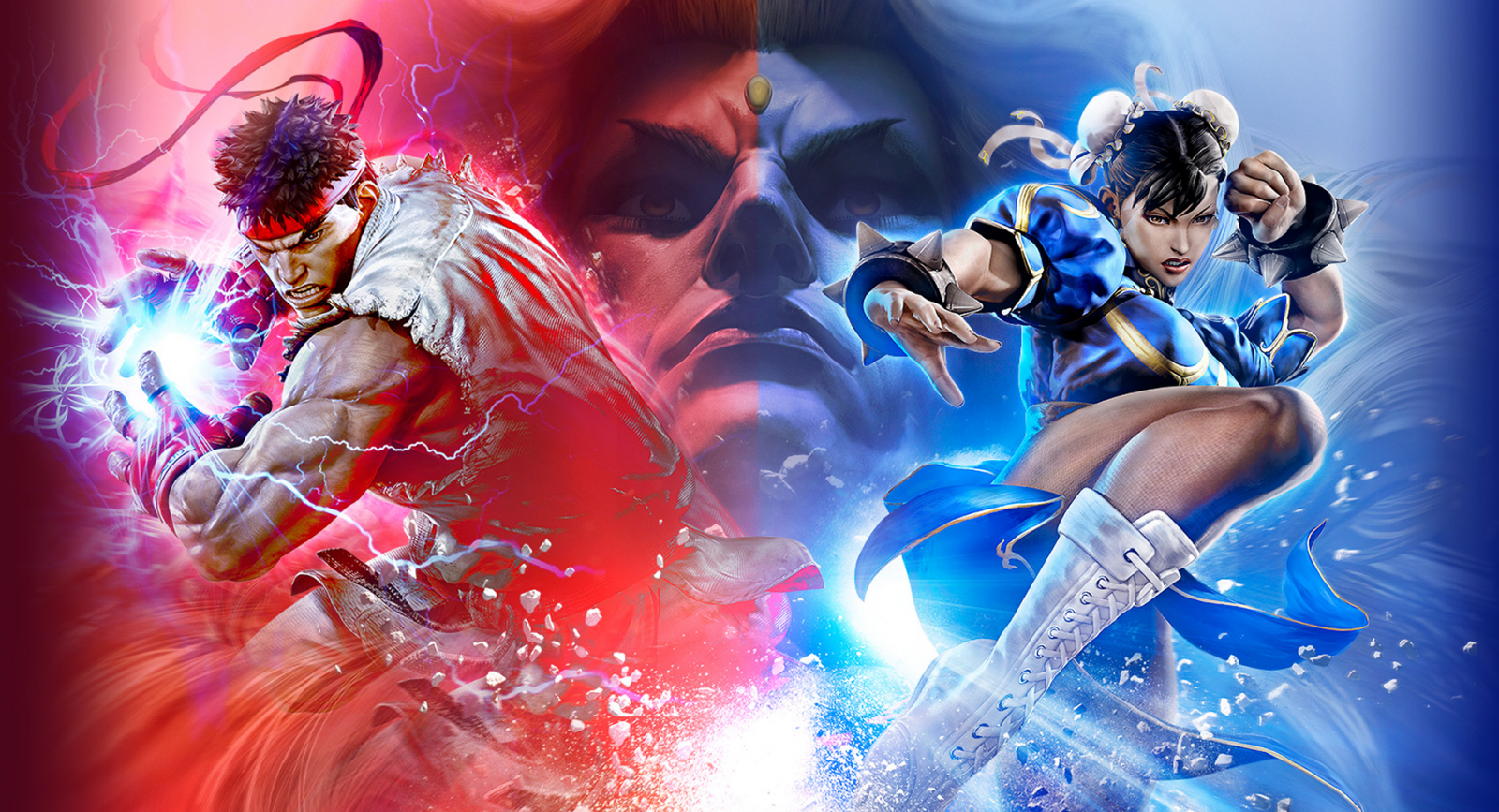 Street Fighter V: Championship Edition is an amazing fighting game. It felt good to have the full roster of characters, modes, and skins available at the start of the game. Off the bat, Championship Edition launches with roughly forty playable characters, two hundred plus skins, and thirty-four different playable areas to fight in. I think this is Capcom’s way of saying they’re sorry for the Street Fighter V launch debacle. Even with all those options readily available to you, there’s plenty to unlock and master in this edition. Quite a bit has changed with the game since Street Fighter V’s launched. Some good, and some not so good. In my opinion, this game is for those who are die-hard Street Fighter fans or those who love the online fighting circuit. 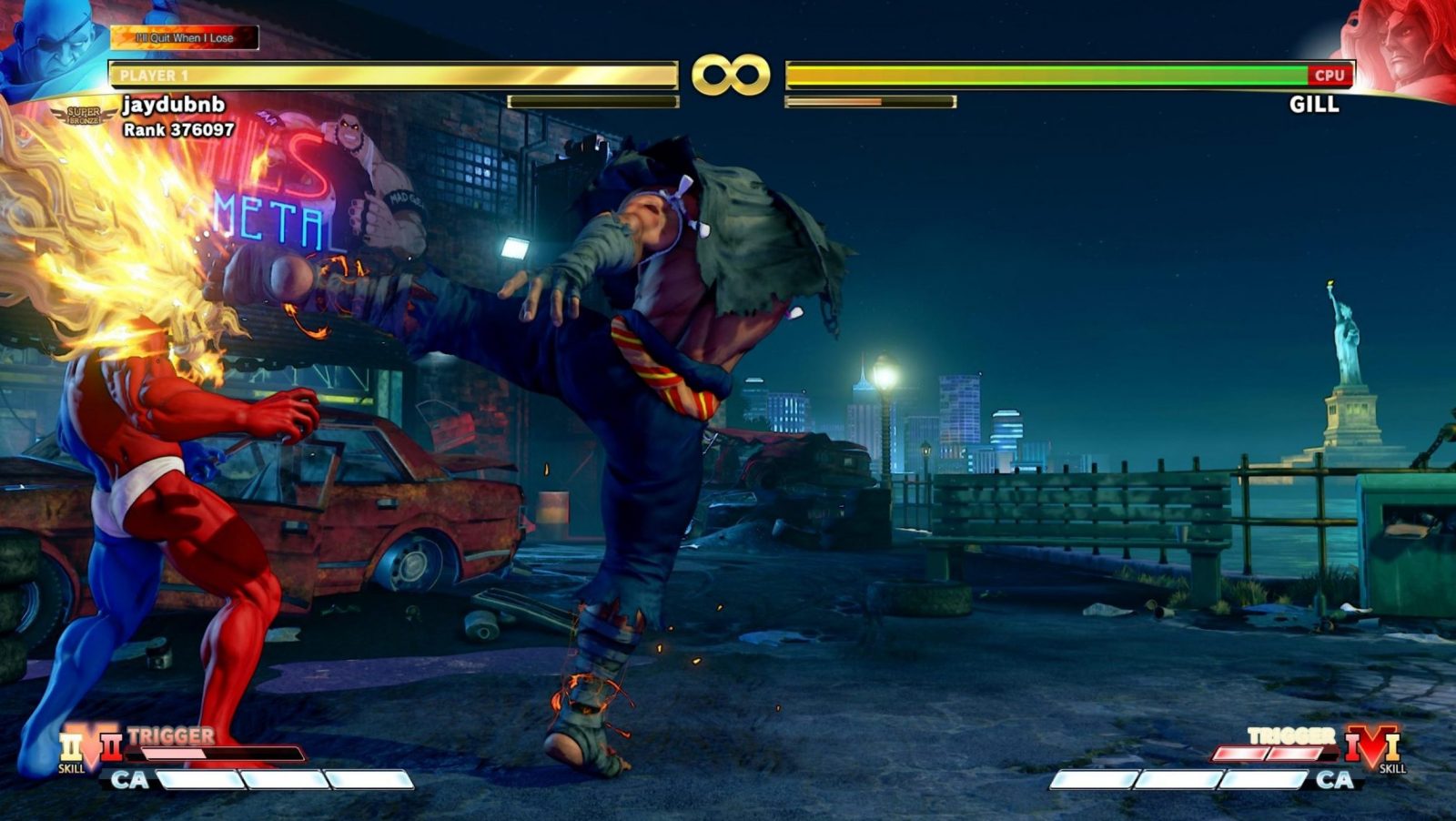 Keep your guard up

I must get this off my chest early in the review: from the moment you turn the game on, it feels as if the game is structured for online tournaments, Esports, or a cash grab for Capcom. From the initial start screen, you are asked a plethora of questions regarding the collection of your data, how it’s used and processed, and informs you that if you change any of your information during registration, you will be charged. If you choose to decline the privacy policy, certain modes will not be downloaded until you choose to agree to the lengthy lawyer talk. When you do agree, the game begins to download the modes, but you cannot monitor the downloads as it’s not via the PlayStation server but in-game. Once I agreed, I had no idea what modes were downloading or when their installation was complete. You’ll find two icons for game loading and server loading, and because this game always syncs with the server, you’ll find yourself waiting quite a bit just to get to the main menu. 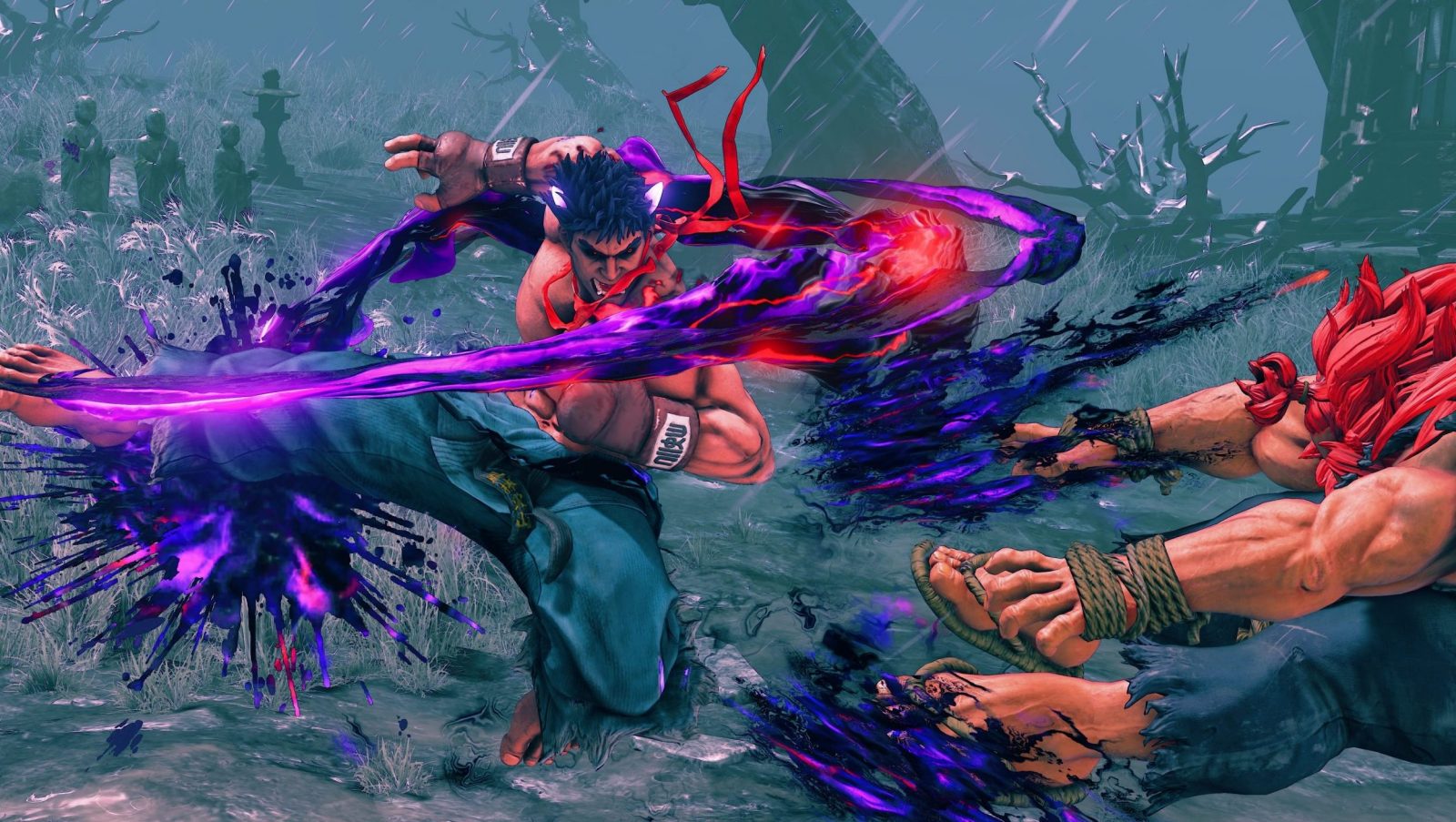 I jumped into Arcade mode and chose the Street Fighter V: Championship Edition path. If anyone knows the basics and mechanics of a Street Fighter game, it comes down to timing. Knowing when to attack and what attack will deal the most damage when your opponent is open – and Street Fighter V: Championship Edition nailed it. Each hit felt crisp and landed as expected. Performing actions felt natural and fluid, something Street Fighter V lacked when it launched. Even as I progressed, beating my opponents and increasing the difficulty, each character felt as if they were their own fighter and their unique moves were accurate. The game’s visuals, though not changed much, appeared to be brighter and gave depth to the characters and fighting arenas. I did experience some issues with hit boxes on larger characters like Zangief, but other normal sized fighter’s hit boxes were perfect. While fighting as Akuma and performing his Raging Demon attack, though the screen goes black, the sprites and shadows casted during the onslaught have never looked better. There was a sense of ominous rage and relentlessness when it’s performed. These weren’t the only things that have changed. Seth, the genetically engineer body for M. Bison has returned but in female form. Many of her abilities remain the same, but she mimics fighter’s abilities, making it a much more challenging fight.

Aside from Arcade mode, there is a Story mode where you can play through the game and fight through the story from the perspective of your chosen character or play through and experience the story from the perspective of the series, which allows you to see and understand where this edition picks up. This I found very rewarding because replayability in a fighting game is a must. With over forty characters to beat the game with, there’s something to learn about each character’s background. Versus mode is your typical PvP or PvC. Challenges mode pits you against different in-game challenges for you to complete and test your skills as a fighter. Training allows you to learn the combo systems, timing, and V skill system so you don’t look like a noob, throwing simple kicks and punches. But this is where I found the greatest departure from the series – where the game stopped being a game and became a monetization cash cow for Capcom. 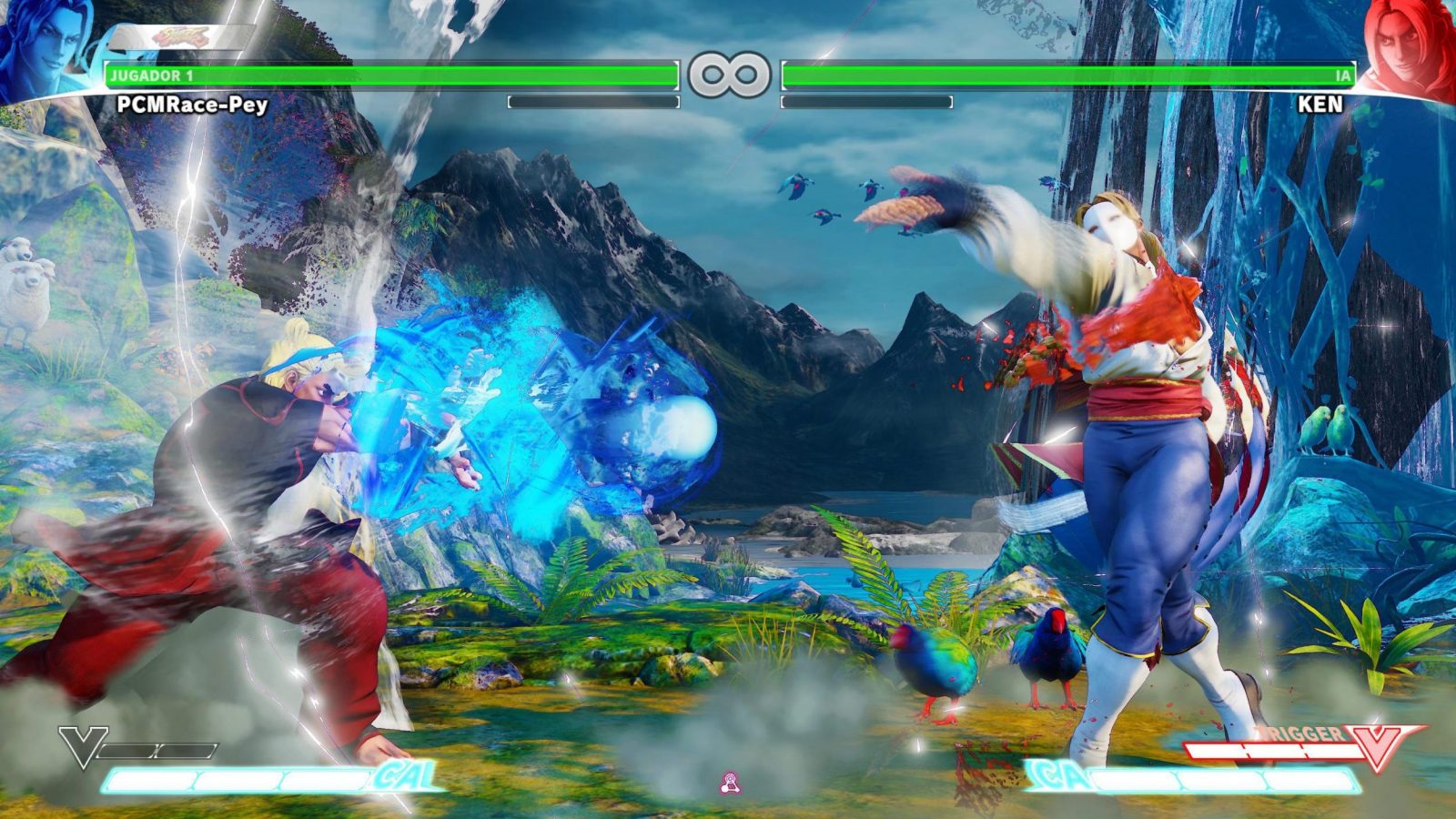 As a Street Fighter competitor, I respect that online matches are ranked, but should they be locked behind a paywall or another service? Modes like Capcom Fighters Network (CFN), which is where players can watch replays, view world rankings, and profiles, Battle Lounge, where players go to fight in ranked matches, and Casual Match, where players can play without their wins/losses affecting their league points and rankings, all locked behind the PS Plus service. This is four out of the seven main fighting options within the game. As someone who predominantly plays on PC, it’s a hard sell for me to buy the game and pay for PS Plus to experience everything that is Street Fighter V: Championship Edition.

This is exactly what Street Fighter players have wanted. A game where all of their favorite characters and skins are available, and not having to wait for Capcom to release them when they see fit. The fighting is engaging and rewarding. Each fighter feels unique and offers a wide array of offensive attacks that land as intended. But with most modes locked behind the PS Plus service, it’s a hard buy, even if you are looking to upgrade from the base Street Fighter V game.

T.K. is a freelance writer, narrative designer, and author. Writing and developing narratives and giving voices to digital world and characters is his passion. As a game writer, QA game analyst, and editor for Gaming Trend, he enjoys being a part of the gaming industry.
Related Articles: Street Fighter V: Champion Edition
Share
Tweet
Share
Submit