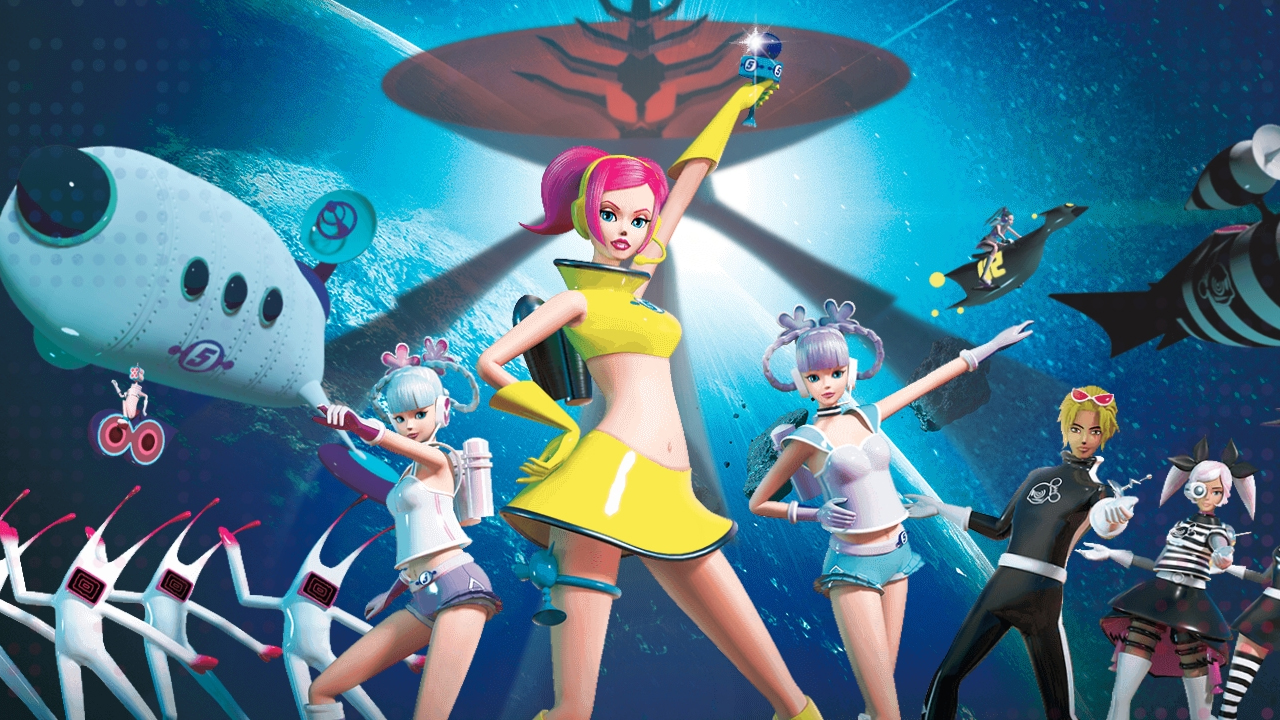 It’s hard to believe that it’s been a whopping two decades since we danced away the alien threat in the Dreamcast blast, Space Channel 5. Sega’s console was full of unique titles like Jet Set Radio and its sequel, Samba De Amigo, Rez, Puyo Puyo Da!, and Space Channel 5. Each a fun game in their own right, Space Channel 5 represented one of the best games on the platform. Now, 20 years later, we get to don the lycra boots of a new news reporting recruit, teaming up with Ulala to once again shake and shimmy her way to stopping the alien threat. Time to slap the PSVR on our face and see if Space Channel 5 was everything I remembered it to be.

As I just mentioned, the game casts you as a fresh news reporter who ends up teamed up with series hero Ulala just when aliens have attacked. Now it’s up to both of you to free people with the power of dance! On the Dreamcast, this was accomplished with button presses and direction presses on the D-pad, but with the game coming to PlayStation VR, it’s time to bust out your Move controllers and strike a pose.

Once you’ve gotten past the tutorial (which you can see above), you’ll come face to face with your first set of Morolians — the little alien dudes who look like they are Teletubbies in Hazmat suits. To beat them, you’ll have to watch what they are doing, emulate it, and zap em with your unexplained “chu chu chu!” powers that shoot from your hands. A little screen off to the side indicates what you should be doing, but the aliens, in their hubris, have decided to show you precisely how to wipe them out, so just keep an eye on the little buggers and you’ll be fine.

Space Channel 5 VR being a VR title gave developer Grounding the chance to bring it to life in a fresh way. Being in the middle of the action means seeing the Morolians up close and personal, and wow are they shiny. These critters, Ulala, and a few familiar faces are all well-rendered and translate pretty well to the PSVR HMD. Since it’s all first person perspective, it brings the story to life. Now, if only it wasn’t so short. 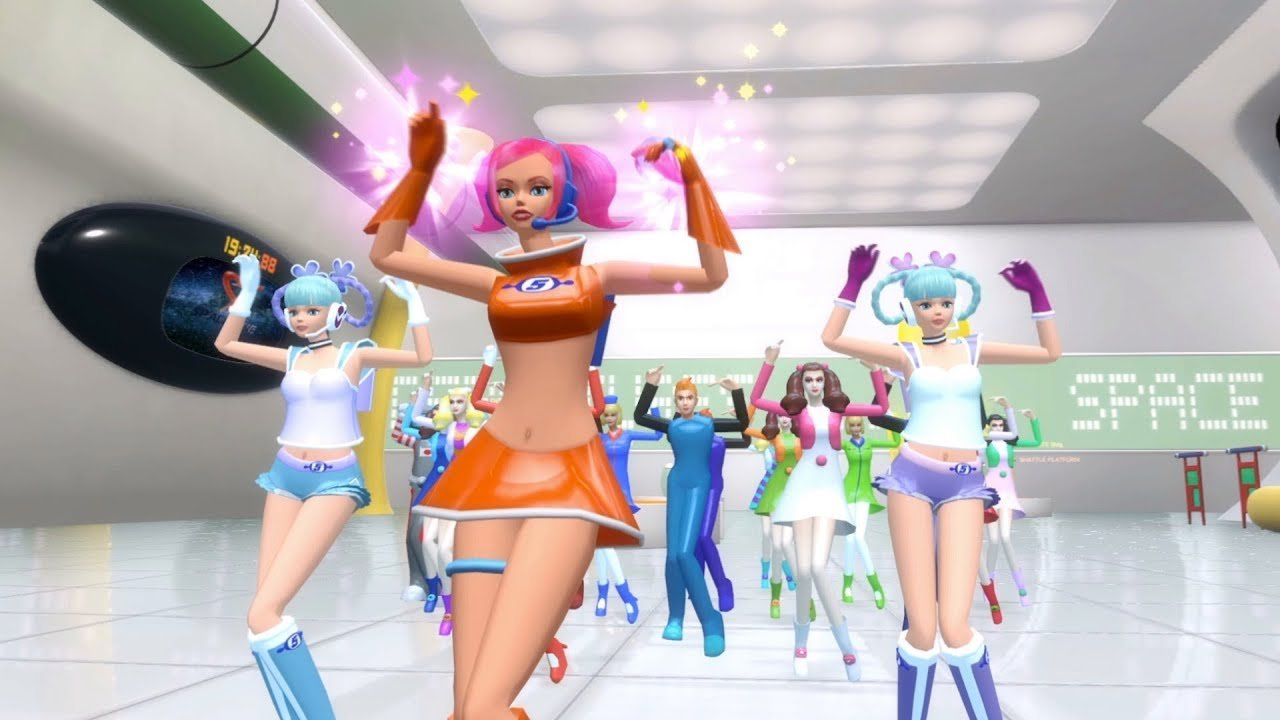 The game’s story mode, just like the original, can be beaten in about 90 minutes with a total of four levels. The story mode doesn’t have difficulty levels, so once you’ve beaten it, there’s little reason to return to it. Beyond the story mode there are sections entitled Arcade, Trial Dance, Friendopedia, Calorie Tracker, and the Dressing Room. Friendopedia is just what you imagine it to be — a way to look at the characters in the game, including the heroes, aliens, rivals, and normal folk, telling you their names, a little backstory, and letting you see them wriggle in place. The dressing room lets you dress Ulala in different outfits you’ve uncovered from the “secrets” you find in each level, (The secrets are just little orbs you hit that are literally right in front of your face, so they aren’t exactly hidden) but you can’t dress your own reporter, which seems like an oversight. The Calorie Counter mode lets you track how many calories you’ve “kinda burned” in each level. Arcade mode lets you tackle the story levels over again, but if you really want to keep grooving, you’ll want to hit the Trial Dance icon. Trial Dance challenges you with a 100-stage endurance mode that is sure to keep you moving, though I do wish they’d break it up with some additional levels as the same virtual space for 100 rounds is a bit much. Additionally, developer Grounding Inc. has announced that we’ll see another rhythm gamestaple, Hatsune Miku, coming to the game “soon”. 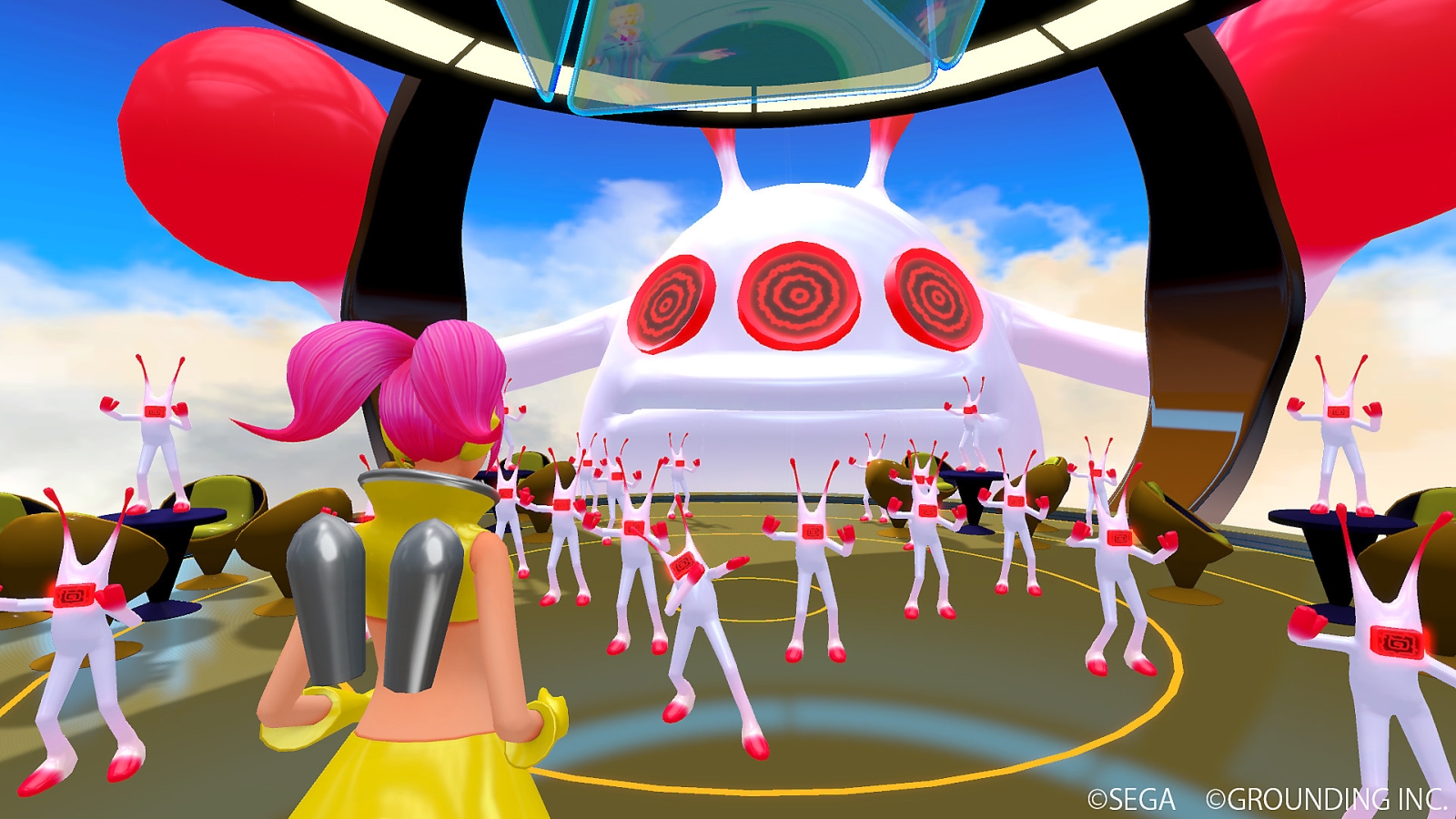 Beware the punches of the big guys

As it’s been a minute, I fired up my Dreamcast version of Space Channel 5, and I’m surprised at how much of an update Grounding Inc. has built into Space Channel 5 VR without breaking the visual style. Sure, the characters still look like they are high-resolution versions of their Dreamcast counterparts, but it somehow all just works. Similarly, the music is king in this game, and the funky beats in this game match the tone of the first and second game perfectly.

I do have one major complaint about Space Channel 5 VR — the launch price. Debuting at $39.99 feels a bit steep for the amount of content here. Perhaps the developer will push in additional content to make the base game worth the price of admission, like additional challenge modes, characters, and levels.

Space Channel 5 VR: Kinda Funky News Flash! is an ode to its Dreamcast roots. While it is as short as the original, it translates perfectly to the PSVR. The game’s got style, and it’s great to see the shiny world of Ulala come to life once again. If only it was priced a little more reasonably.