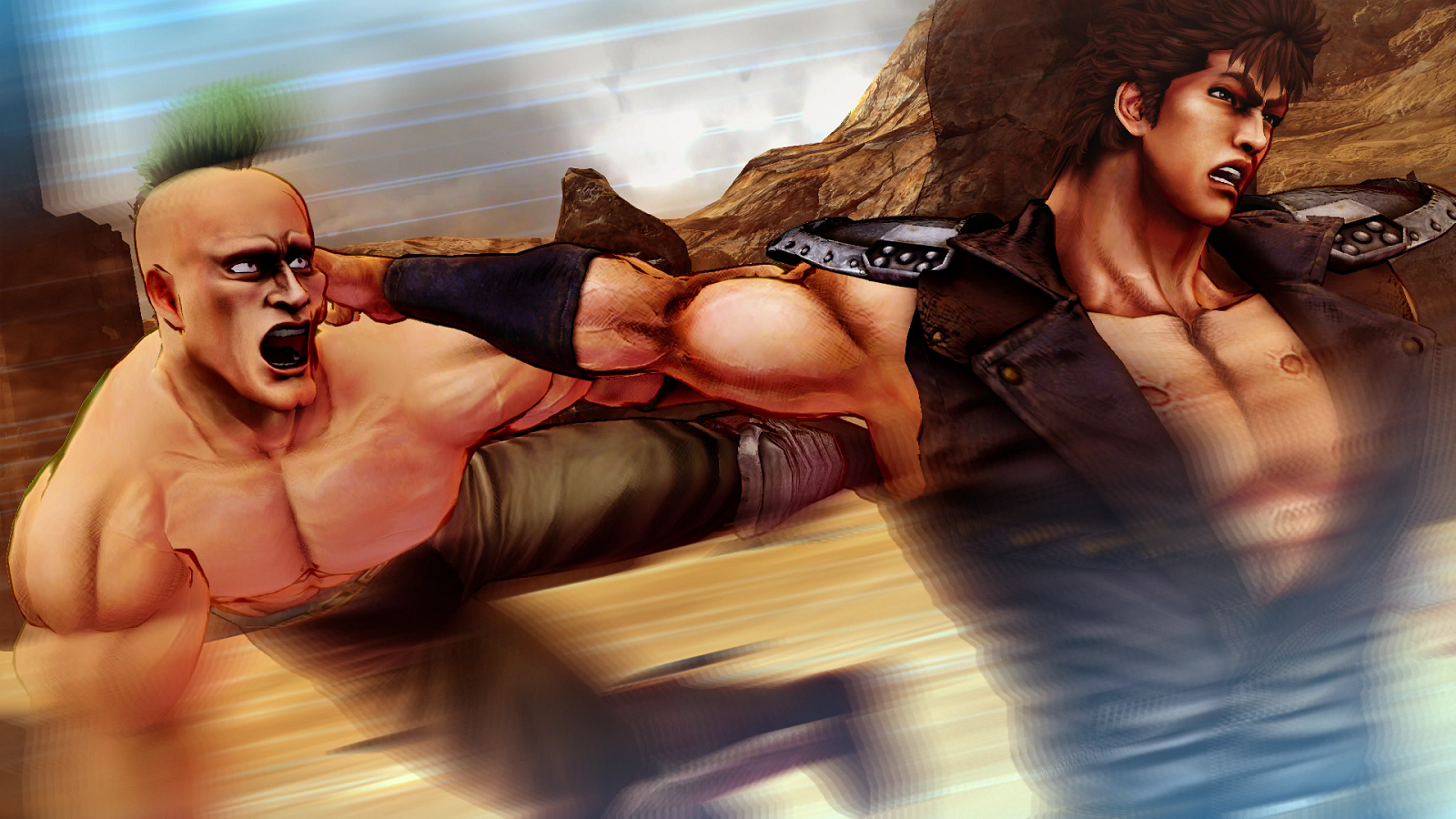 I’ve never read nor seen Fist of the North Star. There are a few things I know about it: the main character’s name is Ken, he’s a martial artist, and the series is incredibly violent. That just about sums up Fist of the North Star: Lost Paradise as well from what I’ve seen from a playable demo at E3 2018.

Lost Paradise had perspective in its action. As enemies appeared, I could do basic punches and kicks to them until I was given a prompt to do a finishing move. When this came up, there were a few quick-time events I had to do to ensure this move’s success. After succeeding and several hidden points were hit on the enemy’s body, they bloated up and exploded in spectacular, gory fashion.

This is the gist of how Lost Paradise’s demo went down. There were hordes of enemies I ran into, I had to beat them all, dodging hits, and finishing them off. Often, finishing moves would appear with their own name graphic such as the “Hokuto Twin Execution” where two enemies heads are pushed together. Afterwards, their heads explode, which rains even more blood in this version of the game. Eventually I had the ability to power up to take on the enemies more quickly and effectively.

In addition to the battles of Lost Paradise, we were shown some of the game’s more interesting distractions. The mode we saw showed Ken assuming the role of a barista, serving his customers drinks and listening to their woes. Mixing and creating these drinks brings up a quicktime event prompt that allowed me to craft these drinks with as much action as blowing up baddies.

Each drink has its own name as well, such as the Hokato Hundred-Proof Rush after crushing a cube of ice into a small, perfect ball. This mode is incredibly silly and put a smile on my face, especially when he uttered the words, “You’re already drunk,” to a customer, derived from his famous phrase, “you’re already dead.”

Fist of the North Star: Lost Paradise has already been released in Japan, but it’s coming to the west with the gore dialed up incredibly, which fits right in with the ultra-violent gameplay. It will be released on October 2nd, 2018 for PlayStation 4 in the West. For more hands-on previews from E3 2018, stay tuned to Gaming Trend.