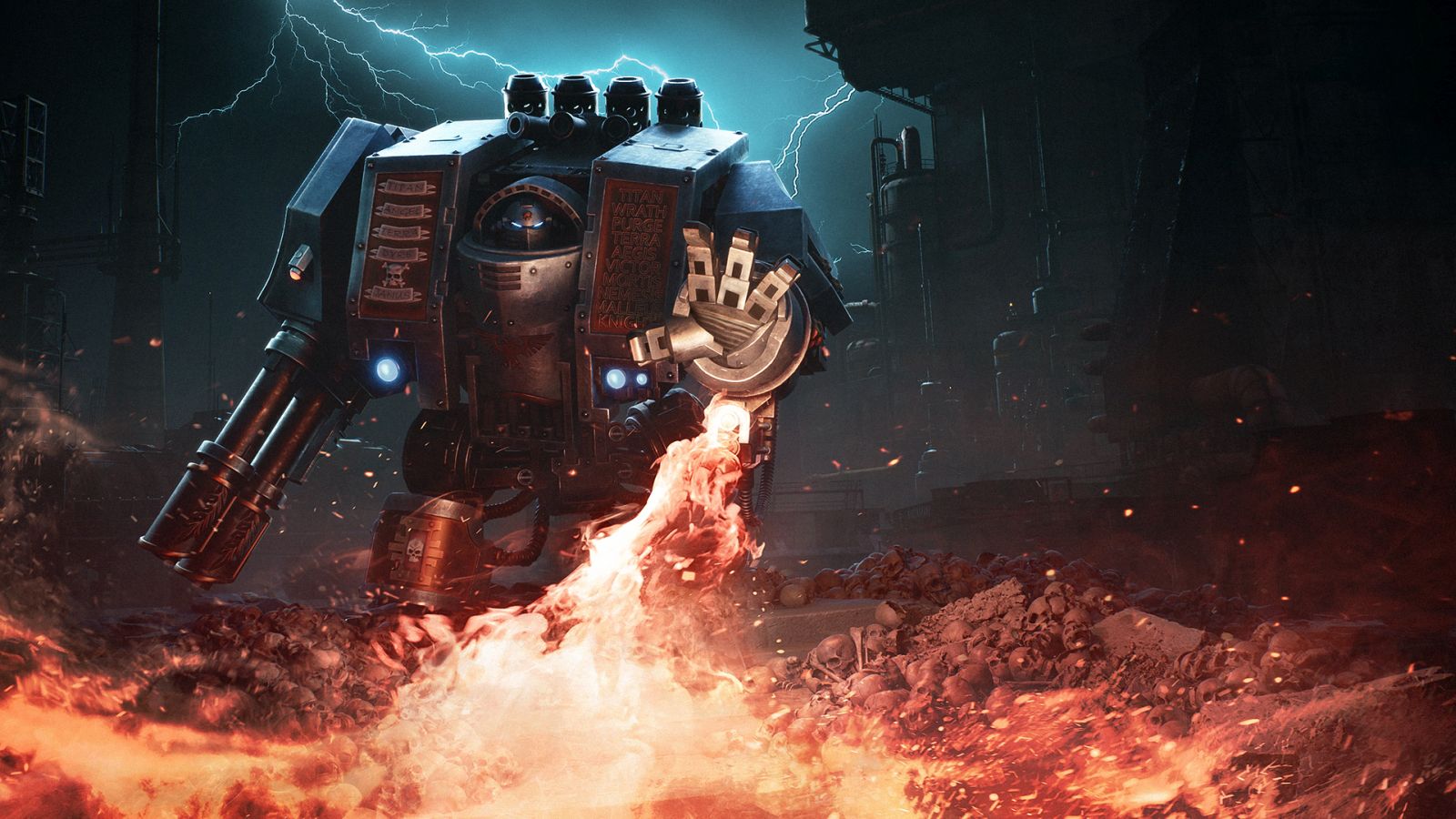 You may have seen the announcement of the rapidly-approaching expansion for Warhammer 40,000: Daemonhunters, but with the trailer simply showing a silhouette you might be feeling a little bit in the dark. Well, I’m here to shine light on the situation, fellow Knights. There’s a hulking behemoth lurking in the shadows, and it’s time to unleash them on the forces of Nurgle and the beasts of the Bloom.

One of the most challenging parts of Daemonhunters was the way the Bloom remained unpredictable. It could pop up and spread at any time, twisting friend and foe alike. Worse still, it would mutate rendering previous tactics ineffective. In Duty Eternal we see the rise of a new mutation known as the Technophage. This newest strain of the Bloom, known as the Technophage, has begun to spread across the galaxy. To bring the forces of the Nurgle to heel, you’ll need something with far more firepower. 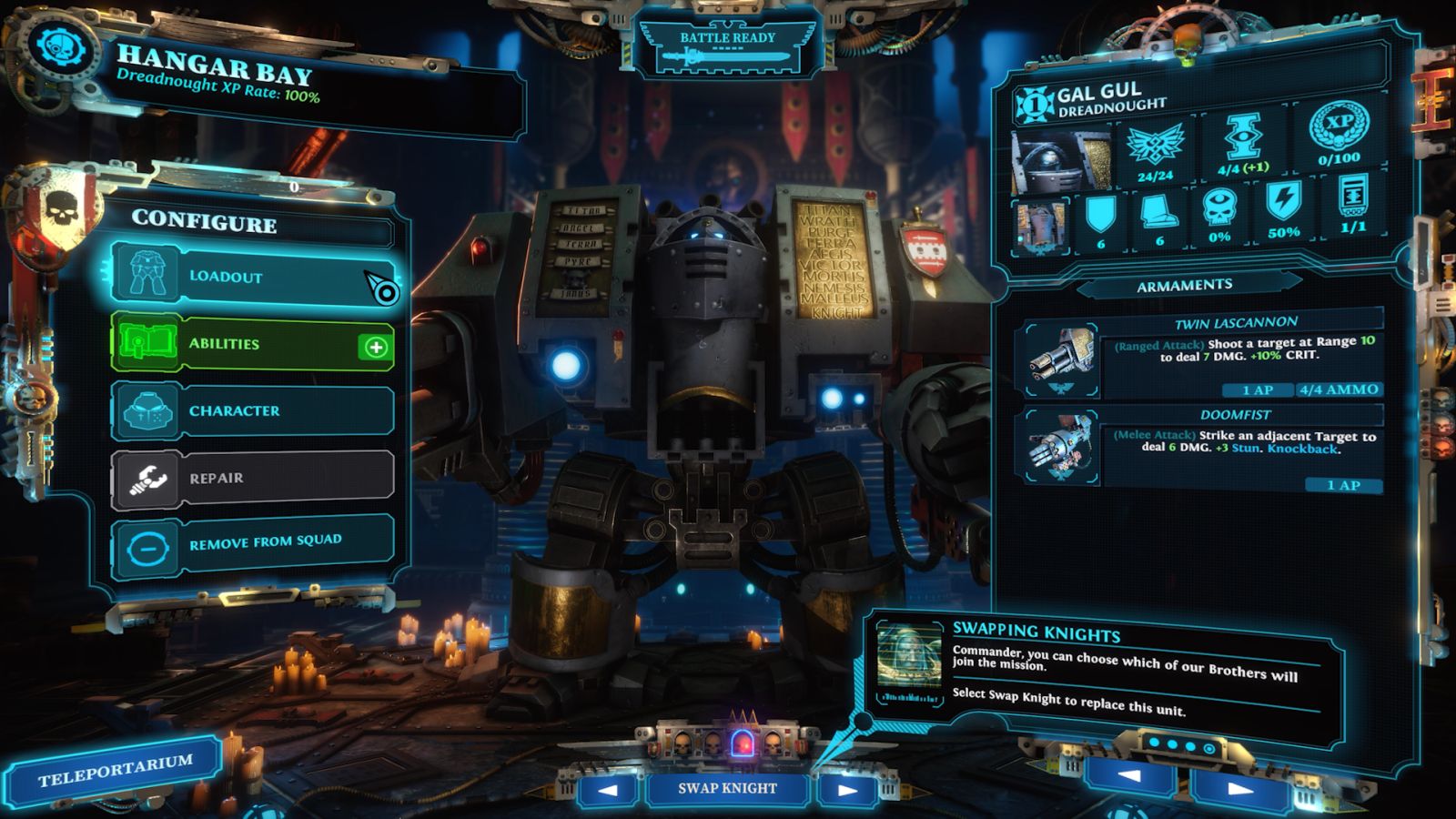 Duty Eternal is more than the name of the DLC – it also talks about the dreaded honor bestowed upon your most dedicated Grey Knights. Those who are critically wounded might be chosen to embody a Venerable Dreadnought – a massive hulking behemoth over three times the size of a normal man, and absolutely lethal at any range. More than just a simple powered armor, this Dreadnought is the Space Marine, encased and fully integrated into the hulking beast, but only made more capable of bringing devastation to the enemy. Similarly customizable, you’ll bring this new combat walker to the field after you complete an early mission in the new campaign for the expansion.

When I talked with the team I had remarked how much of an unstoppable force the Dreadnought was, to which they replied with a laugh and a reply that the toughest thing was trying to figure out which of the seven weapons to showcase as he has so many. Just like your other Gray Knights, you’ll need to level them up, unlock new equipment and abilities, and evolve their skills over time. While you’ll only be able to bring these formidable mechanized marines on Technophage Outbreak missions, this Doomglaive-toting crusher should be a force to be reckoned with.

To also aid in the battle against the Technophage Outbreak is a fresh class for the team – a Techmarine. These marines specialize in repairs using servitors, as well as their own mechandrites – critical to ensuring your Venerable Dreadnought troops remain battle ready. They can also unleash various Combat Servitor types by equipping new floating skull friends, just like the Wargear you’d strap to your marines. Each comes equipped with a new weapon, the Omnissian Power Axe. Blessed by the Machine God, this weapon is as much a religious icon as it is a devastating weapon. You’ll be able to requisition these new troops once you’ve recruited one in a new event mission. 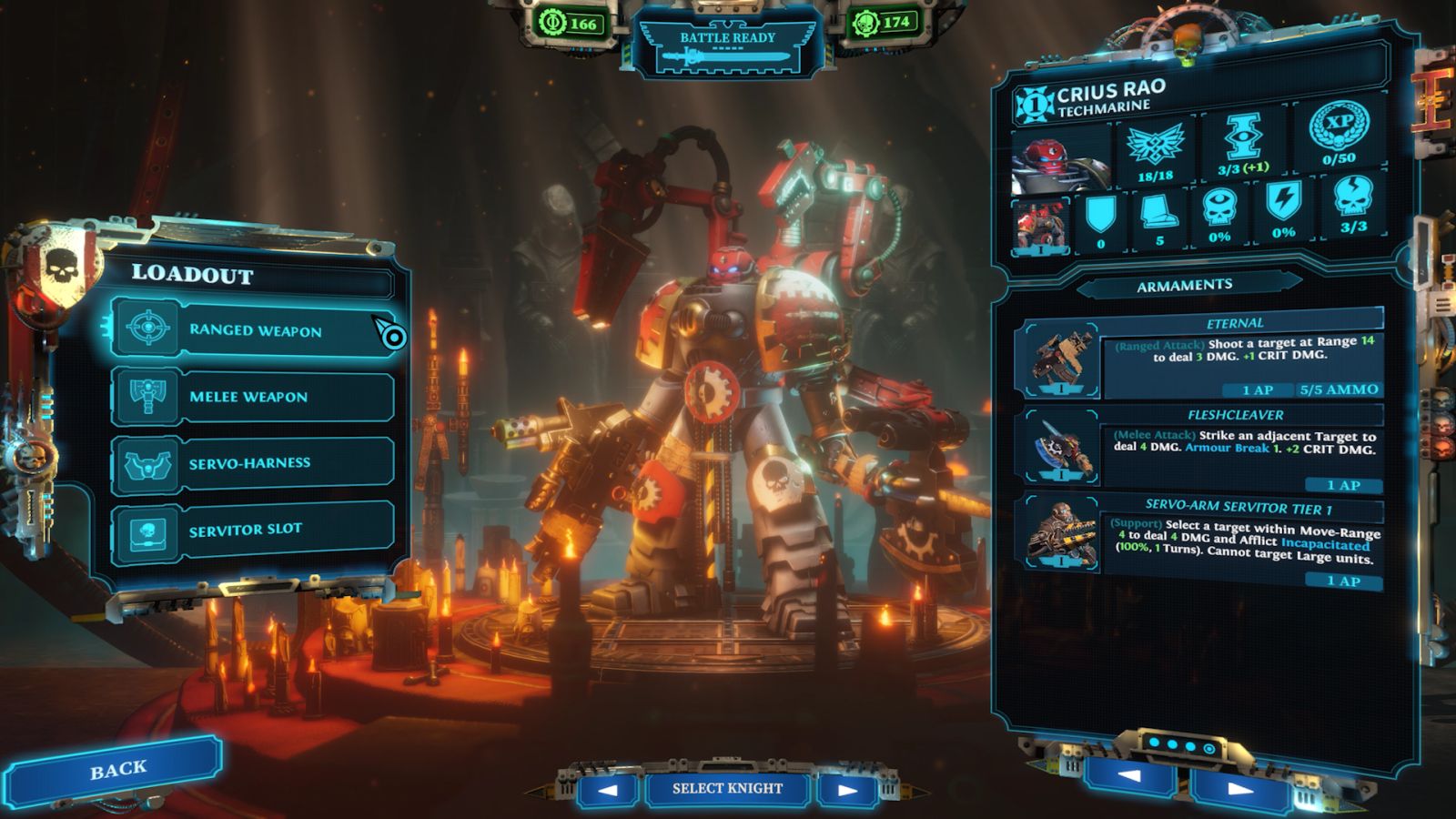 Upgrading both of these new units comes courtesy of a new resource – Archeotech. This lost bit of scientific knowledge from the Dark Age of Technology can be recovered and researched back on the Baleful Edict to unlock fresh technologies and upgrades for your Strike Force.

Unfortunately, you have other problems to contend with, as this Technophage brings with it all new elite units that can counter even the toughest of technological terrors. A new Elite unit called the Technophage Elite specializes in anti-armor attacks and resists stunning attacks, making them especially dangerous for Servitors, Techmarines, and Dreadnaughts alike. Destroying these Elites will yield additional Archeotech, so it’ll be up to you to assess your current troop strength and tackle your missions accordingly. 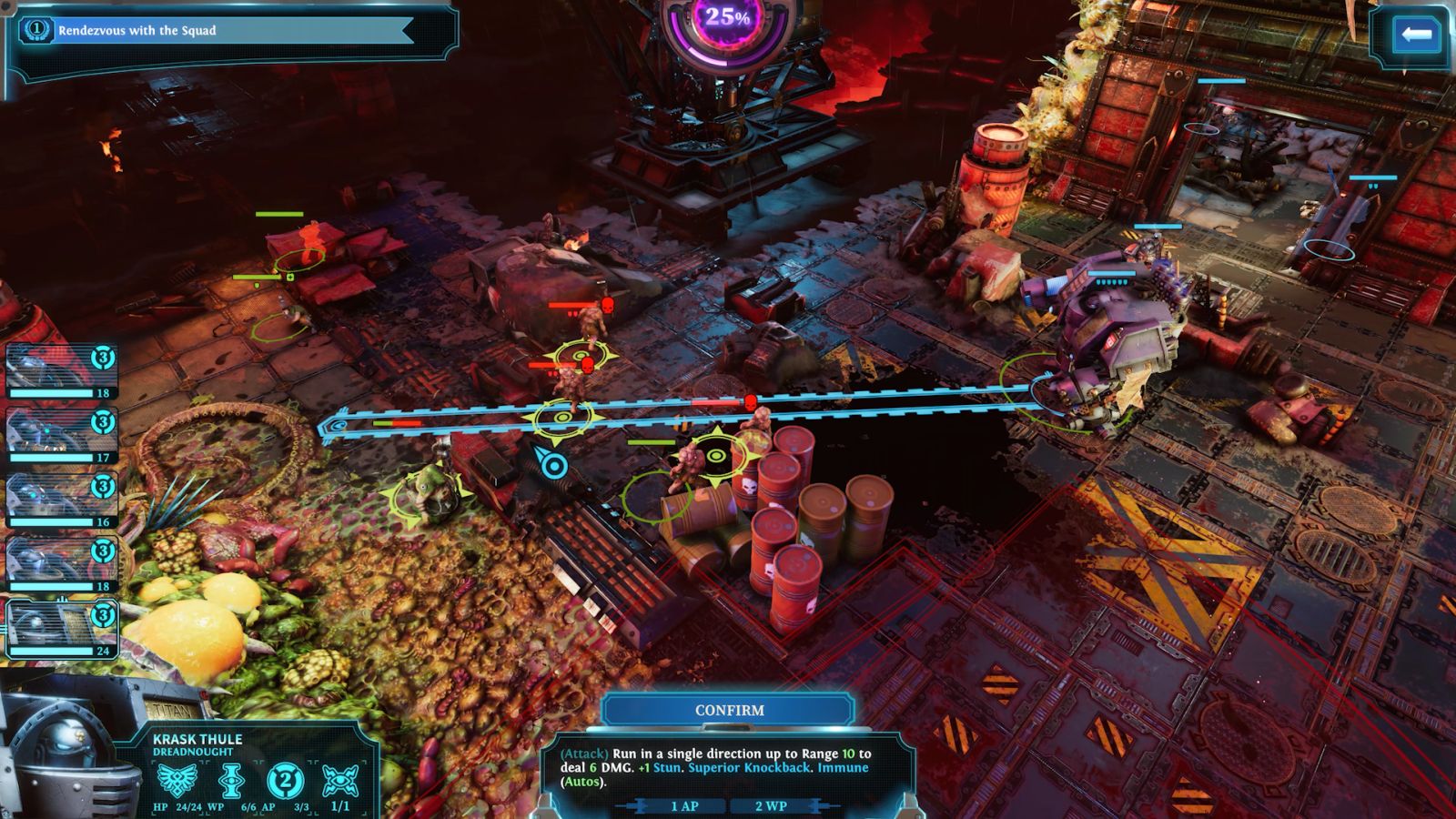 If you were sitting here wondering just how in the name of the Emperor you’d have enough resources to fight both the Bloom and this new Technophage Outbreak, well…the Emperor provides, does he not?

Early in the new campaign you’ll encounter a derelict and overrun ship called the Gladius Frigate. Infested with Nurgle forces, you’ll need to recapture it to claim it for your own. At this point, you can send the Gladius out with a contingent of your troops to complete missions off-screen while you command the Baleful Edict for your main forces. You’ll have the same challenges as you would if you launched into these missions yourself, so be mindful and ensure your Strike Force is properly prepared before setting off. That said, it’ll help stem the tide of this newest threat when you are able to effectively be in two places at once. 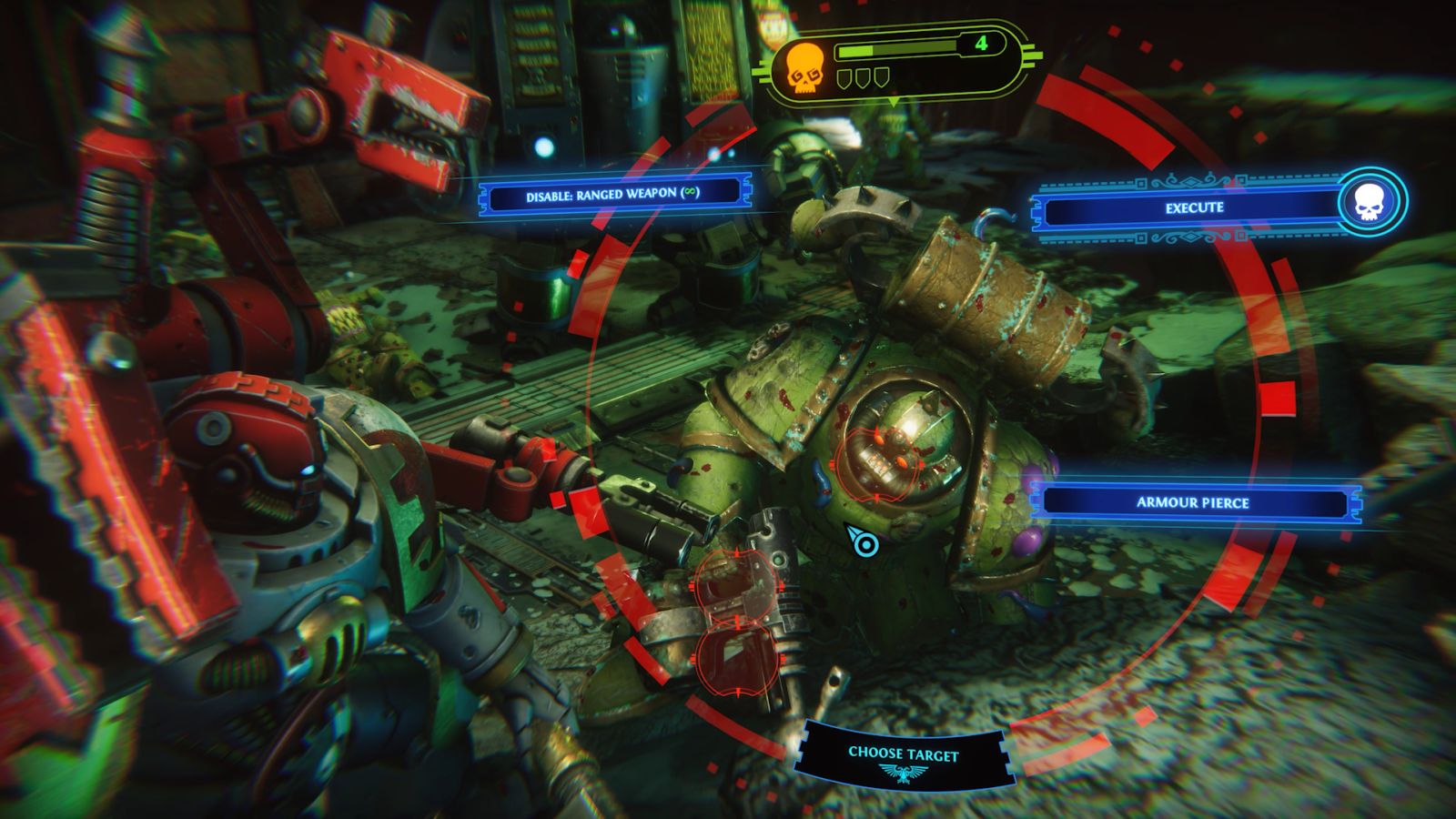 While you are exploring the galaxy, you’ll also come across permanent Archeotype extraction sites. While the caches may be finite, these mining sites should provide a steady supply of the technology to upgrade your new troops – provided you can hold them.

It’s clear that Complex Games are not only giving players what they want, but also ensuring these newest troops will continue to evolve the brutal challenge present in the main campaign, but in an entirely new way. Thankfully, we won’t have long to wait – suit up my Dark Knights – Warhammer 40K: Daemonhunters – Duty Eternal launches on Steam and Epic on December 6th for $14.99 USD.