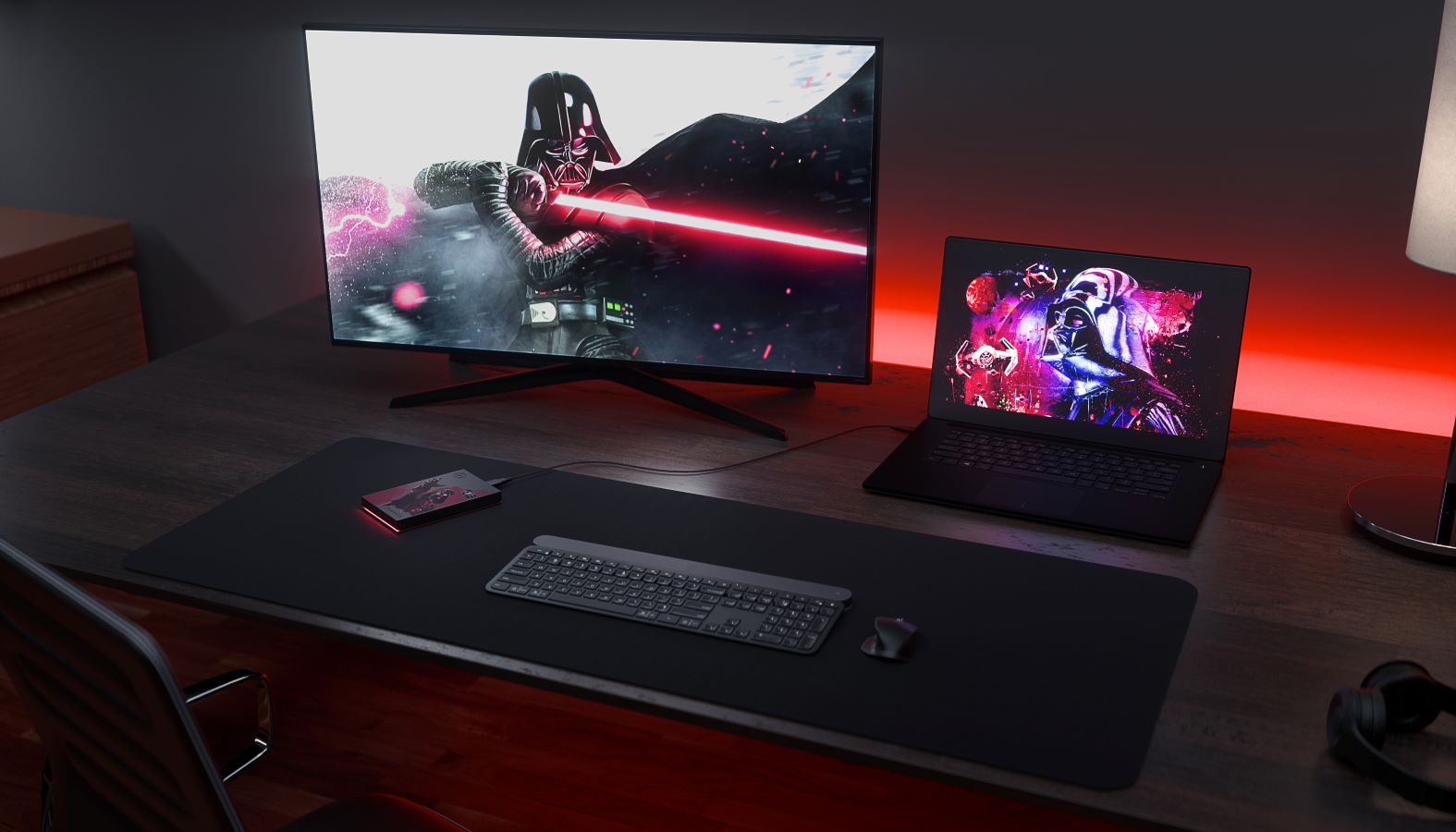 Over the years, Seagate has been adding flare to their line of external hard drives (HDDs). We’ve seen many different properties ranging from Halo to Spiderman. With the newest collab, Seagate enters the Star Wars Universe again with 3 different themed HDDs that will set you back $109.99. You’ll be able to select between hero of the rebellion Luke Skywalker, vicious Darth Vader, or the scoundrel himself Han Solo. Each hard drive comes with 2 Terabytes and will work across multi-platforms.  I’m loving these inspired HDDs as it allows gamers to represent their favorite franchises. Hopefully we will get a prequel trilogy drop soon. Details and links will be below: 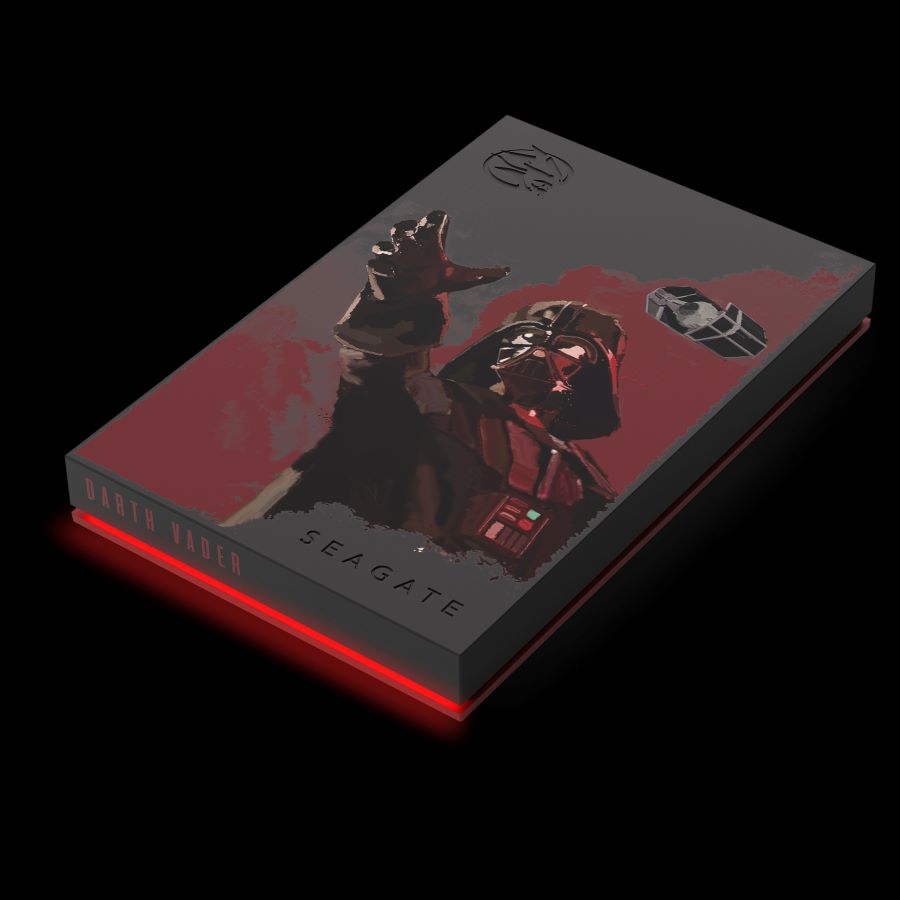 The special edition FireCuda external hard drives represent the famed characters with three unique aesthetics: the courage of Luke Skywalker, the raw power of Darth Vader, and the confidence of the galaxy’s favorite smuggler, Han Solo. The drives offer customizable RGB LED lighting1 and each design features a default custom character light out-of-the-box: a forceful blue for Luke Skywalker, a wrathful red for Darth Vader, and a white glow reminiscent of the Millennium Falcon for Han Solo. With built-in and customizable lighting options, all three of the drives enable Star Wars enthusiasts and gamers to awaken the powers of the Force at home. 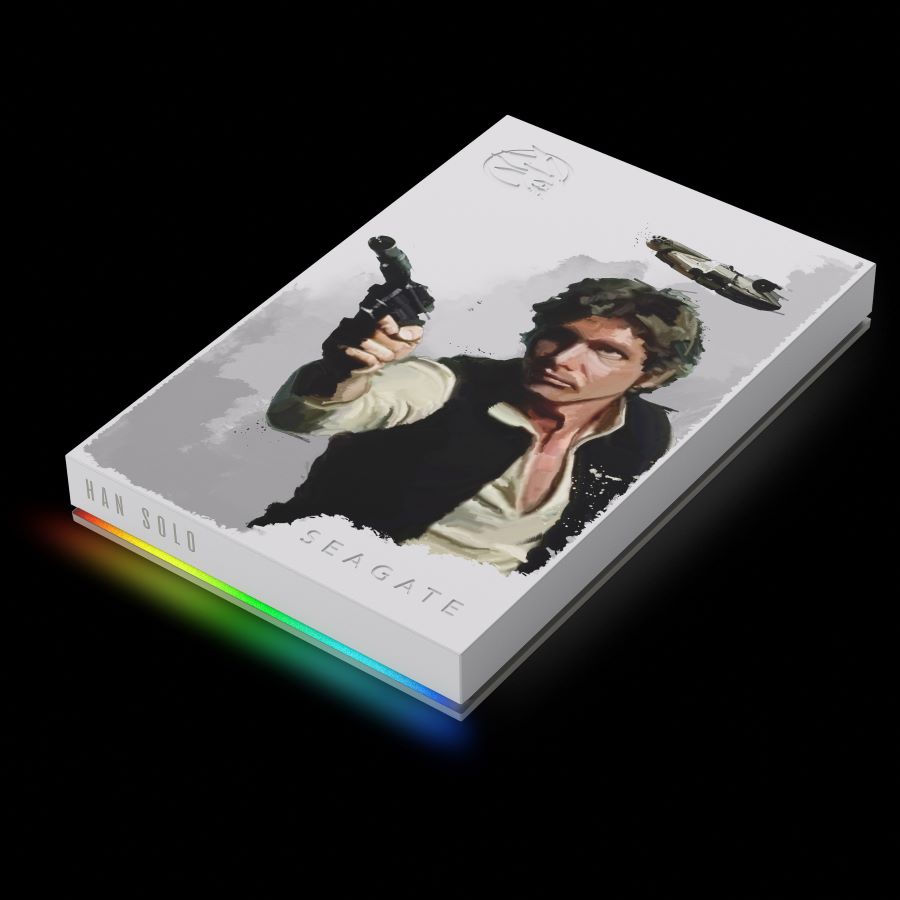 With 2TB of capacity, the FireCuda External Hard Drives (HDD) work with PC, Mac, PlayStation, and Xbox so tech enthusiasts can gather and store a galaxy of media, files, and games, regardless of operating system2.  Designed with USB 3.2 Gen 1 connection for universal compatibility and quick transfer speeds, and USB bus-powered, the lightweight drives are the perfect match for Star Wars fans looking for spectacular storage while on the go. The special edition drives include Seagate’s five-year limited warranty and three-years of Rescue Data Recovery Services™ so users have peace of mind as they embark on adventure. 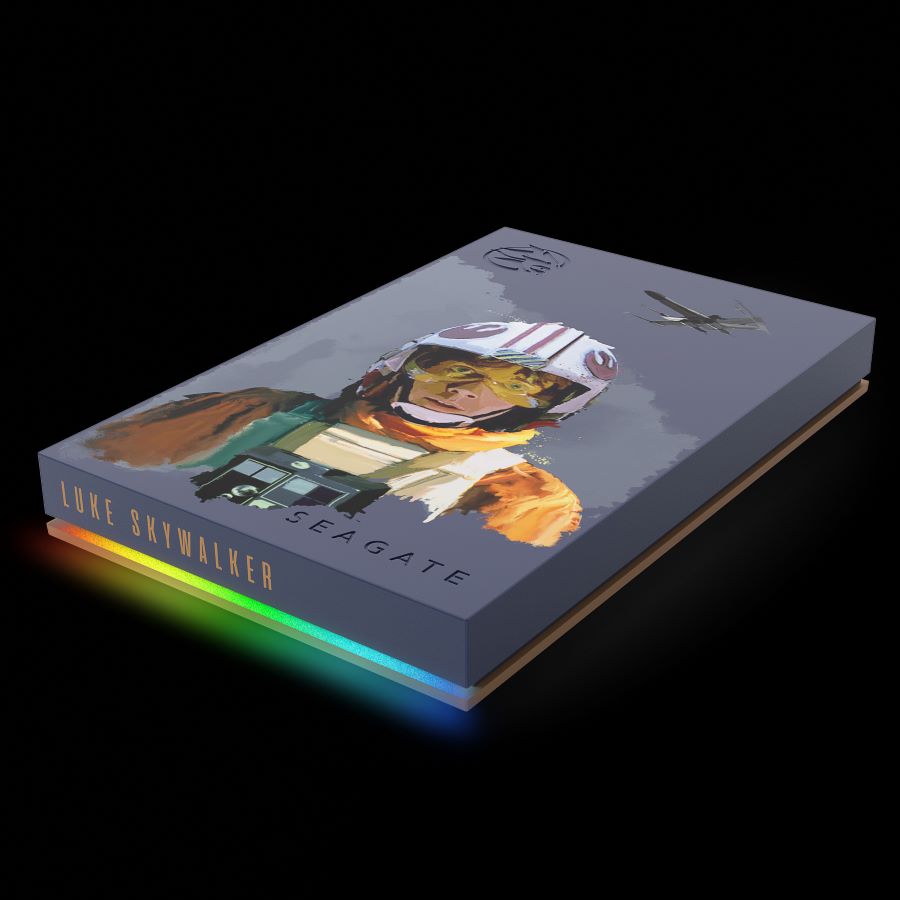 Stay tuned to Gaming Trend for all your Seagate tech news and info!