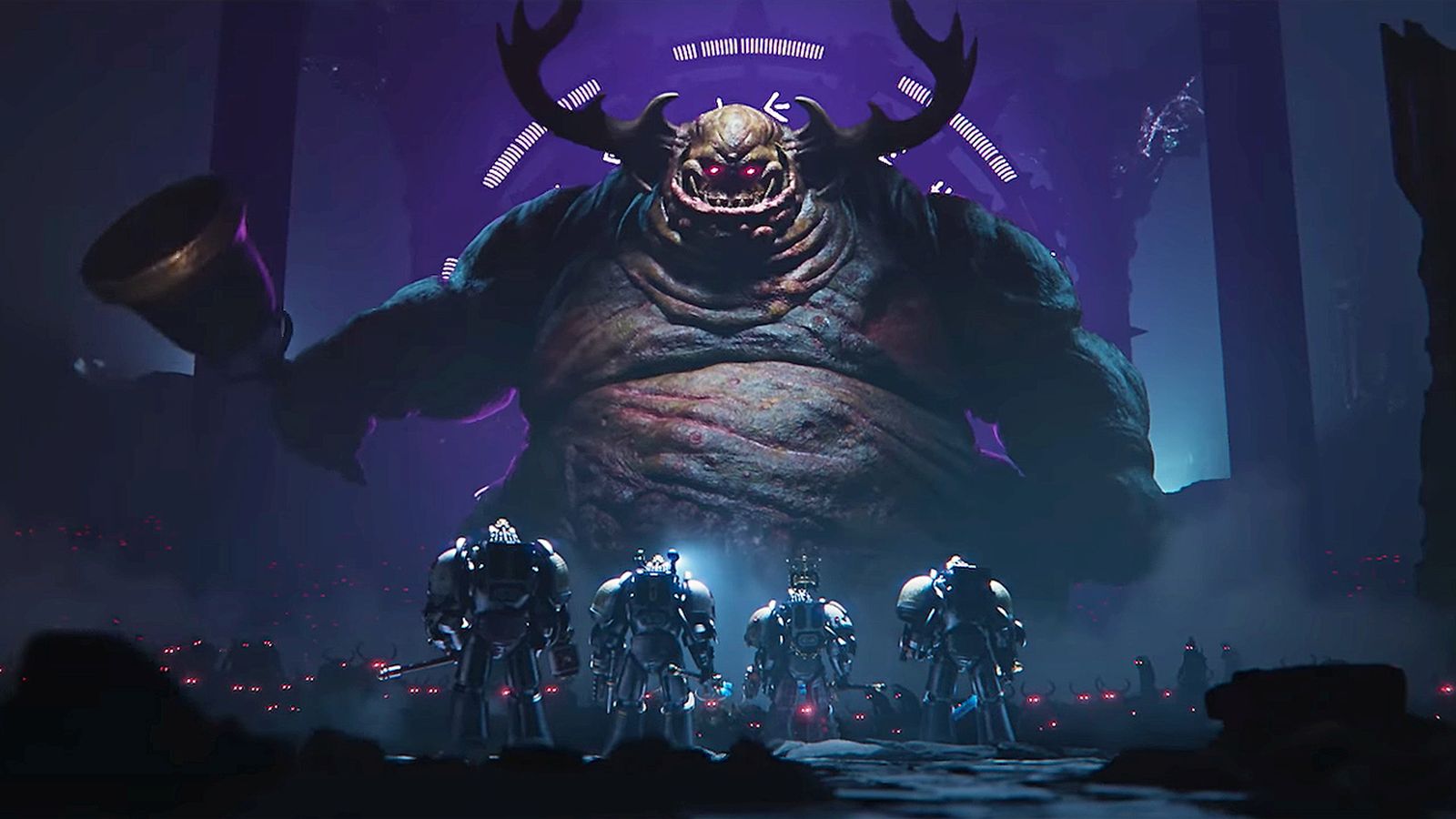 Warhammer 40,000’s tabletop roots makes it an absolutely perfect candidate for the move to a tactical game on PC. We’ve seen a veritable flood of these over the last 10 or so years, and by the Emperor, only a few have been worthy. We recently got to try out an upcoming collaboration between Frontier Games and Complex Games entitled Warhammer 40,000 Chaos Gate Daemonhunters.

In Daemonhunters, you lead a group of Grey Knights, a specialized and secretive group of Space Marines specifically engineered to tackle daemonic entities of the Warp and their Chaos God masters. Skilled psykers in their own right, these specialized marines are formidable in the field – and they should be as they were created by the Emperor himself at the time of the Horus Heresy. If some of these things sound familiar, you’ll recognize that they’ve served as backdrops for some recent games. If it’s all gibberish, then welcome to Warhammer.

Warhammer 40,000 Chaos Gate: Daemonhunters (hereafter simply referred to as Daemonhunters) is set in the Tietea sector of space, a cluster of stars that has been rocked hard by the Bloom and the Void Demons that spread it. Stationed on the Baleful Edict, a massive Strike Cruiser that can be upgraded with additional void shields, deck guns, mechanical bays, and even an “Exterminatus” (I won’t spoil that last one for those who don’t already know.). The Grey Knights do what they do best – unleash the will of the Emperor on the forces of Chaos.

If you aren’t a Warhammer junkie, the Bloom is essentially a plague that can seize an entire planet and its population, rotting and twisting them into foul beasts. It can consume every living creature it touches, so The Emperor wants it wiped from the universe at all cost. The Grey Knights are uniquely equipped to tackle the fight on the ground, but never underestimate the power of planetary bombardment.

Not unlike Company of Heroes, to use one example, the choices you make will have a direct impact on the narrative going forward. Who you choose to spare from the Bloom will cost you opportunities to save others. Similarly, the tech you research may give you advantage in one area, but cost you that same advantage elsewhere. With a narrative penned by Black Library author Aaron Dembski-Bowden, there’s sure to be a lore-thick storyline ahead for fans and newcomers alike. Storyline aside (as we only got to scratch the surface), there’s a lot to be excited about for tactical fans.

As I mentioned, you can upgrade the Baleful Edict. Acting as a base of operations, you’ll research new weapons and armors, build additional structures, and otherwise customize this floating citadel. Since this is Warhammer 40K, you know it’s also going to extend in a big way to your Knights as well. Each has a wide range of skills, weapons, psychic abilities, and specializations. As they level up, they’ll even upgrade advanced classes that bring even more variety and power. Each Grey Knight’s armor, face, weapons, voice, and more can also be customized – it’s not quite painting them yourself with a single-bristle brush, but it should make any figure junky happy.

At its core, Daemonhunters is a tactical turn-based strategy game, but don’t let that scare you off. Before you deploy to the ground below, you’ll select your “Stratagiems”, which is a fancy way of saying “select your win conditions”, and configuration. Each Grey Knight has a class such as Justicar, Purgator, Interceptor, and Apothecary. These archetypes fall into familiar categories like heavy gunners, melee-focus, healers, and support, so don’t worry if you haven’t studied up on these vaunted fighters or their powers — you can learn on the job easily enough.

When you hit the ground, you’ll deploy into a massive game space, but don’t start imagining XCOM. Where that game might have you hiding from your foes to take shots from behind cover, the hulking behemoths in Daemonhunters are in your face unstoppable killing machines clad in armor and armed with vicious purpose. Unfortunately, their foes are numerous, twisted, and mutate with their own disgusting powers to impede your holy mission.

While these are hex-based like the aforementioned XCOM, one of the things I really like about what Daemonhunters is doing is kinda hiding the hex a bit. The maps are not bland boxes on the ground simply laid out in a grid. Instead, you’ve got things like junk, building corners, a derelict bus or two, doors you can open to change up your approach, and far more that breaks up the play space. It makes it feel fresh, and frankly I lost track of the fact that I was playing on a grid – kudos to Complex Games for managing a new level of immersion.

The environments aren’t just for looks or new paths, either – you’ll be using that environment to turn the tide. Line of sight (and especially overwatch opportunities) are obvious, but knocking down a pillar to cut off a retreat or open a new corridor, or blowing up an abandoned car around grouped up foes will tilt the battle in your favor. Messing around with destructible environments and interactive elements is time you aren’t spending shooting, moving, or unleashing powers though, so choose wisely.

When the bullets start flying, and you’ll be unleashing plenty, the game really comes to life. Bouncing between a close cinematic camera and a tactical view, your Knights have to balance movement and attacks, both of which take action points, and willpower. Willpower is used to unleash your psyker powers. These can tear down armor on a foe, stack armor on your own troops, and other various boons and debuffs, but when you really need to take your foe down a peg, you take a moment and aim.

Zooming in on a foe, you can call a shot on a specific piece of your target (not everything has normal limbs anymore…*shudder*). Choosing your target rolls dice somewhere in the background, giving you a chance to disable your foe’s weapon, stun them, or otherwise incapacitate them, even if just for a moment. We got to see a boss fight that had similar mechanics, but there were also secondary effects that had to be halted lest they rain down on your group. It creates as much opportunity as it does stress, and I love it.

After roughly four hours of gameplay, I came away impressed with Warhammer 40,000 Chaos Gate: Daemonhunters. To be frank, tactical Warhammer games are a dime a dozen, so seeing it done well is exciting. What’s great is that we won’t have to wait much longer to experience the entire game – it comes to PC this year.

Stay tuned right here at GamingTrend.com for our review, and a confirmation on that release date!