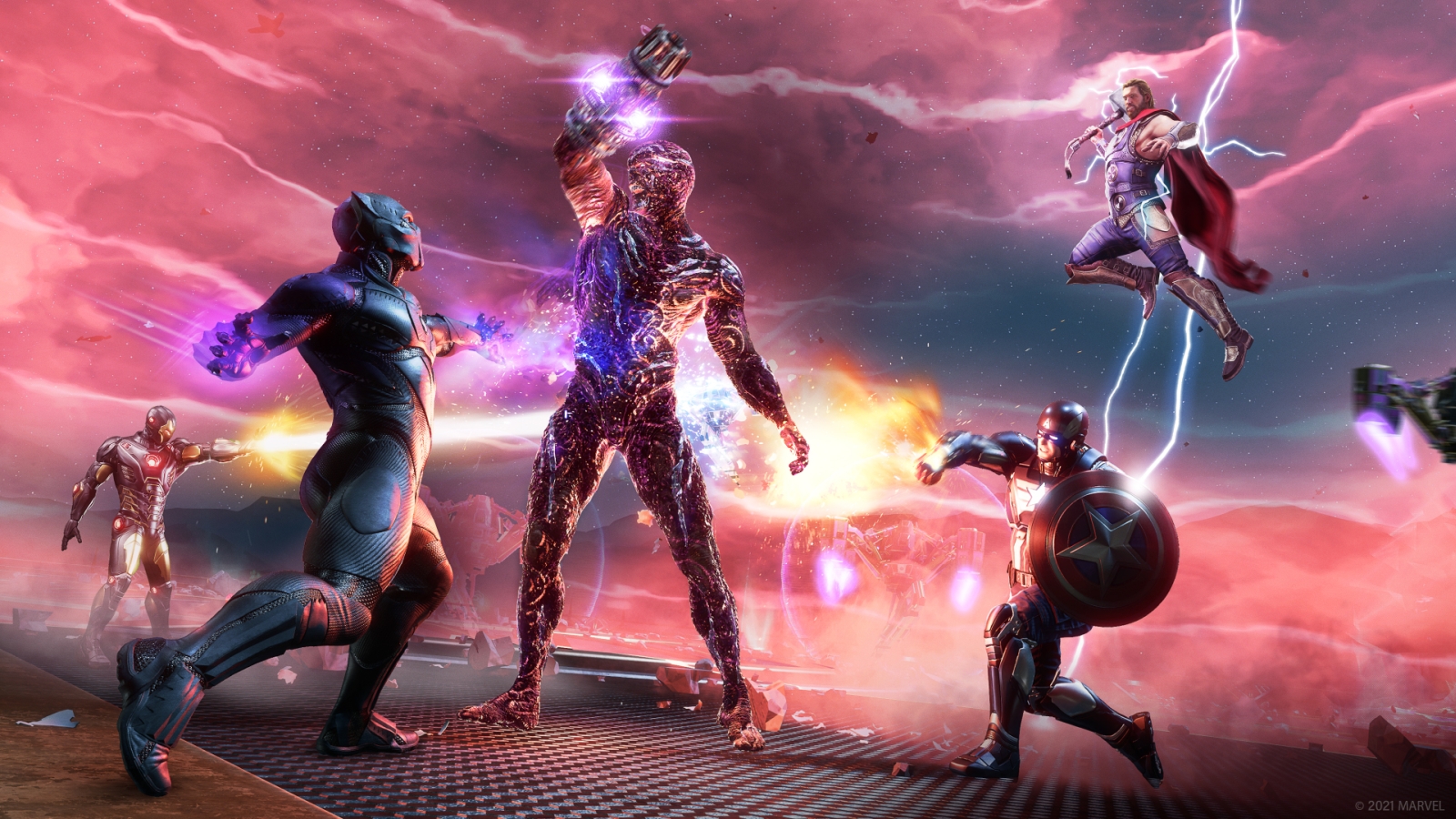 I think we all know Marvel’s Avengers has had a rough year. The single-player campaign was great, but multiplayer has had a lot of issues and the pandemic certainly hasn’t helped the content rollout. After a long wait, we’re finally ready to go to Wakanda and play as Black Panther, who will hopefully bring something fresh to the game.

Let’s go over the new hero’s fighting style first. Black Panther uses his suit’s claws to melee enemies, with a six hit ground combo and three hit airborne combo. Much like Ms. Marvel, T’Challa can hold the normal attack button for a launcher. Performing a launcher first will extend your airborne combo by two more hits. Pressing heavy attack in the air will cause you to dive down in a series of three hits if you tap the button multiple times. The king can chain light attacks into a heavy finisher, but holding the heavy attack button will cause him to pounce on an enemy, from there you can rapidly press light attack to law them, heavy to launch off of them, and jump or evade to exit the grab. His intrinsic ability is a block, but you can hold it to enhance various attacks like allowing your pounce to affect larger foes. For ranged attacks, Black Panther throws daggers and can even throw them repeatedly for a combo. 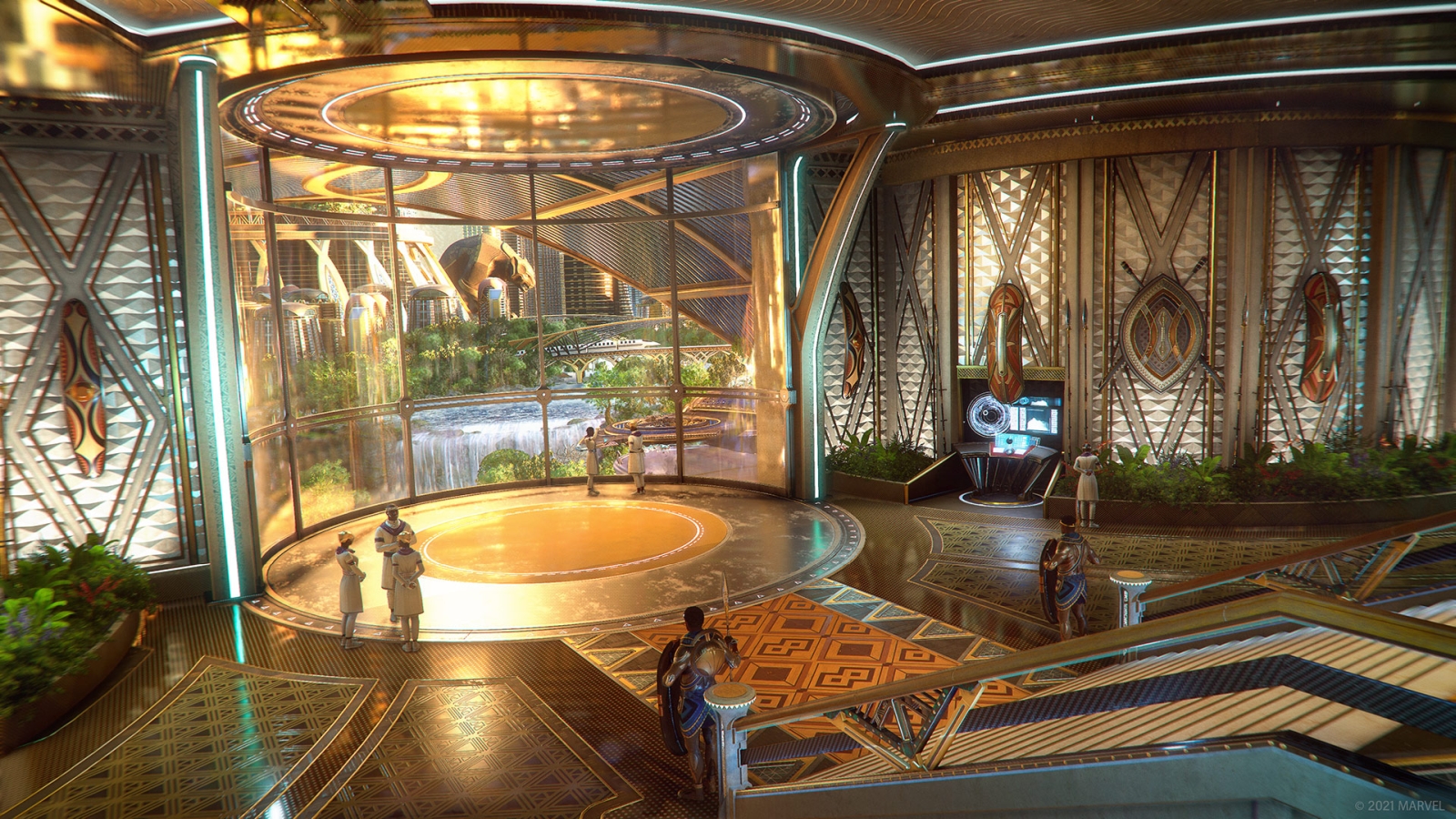 On to the Heroic abilities, his support has him throw beads to the ground that will knockback and stun nearby enemies, on the flip side if you hold the button it becomes a heal over time for nearby allies. His assault ability has him throw a vibranium spear capable of piercing three enemies and pinning them. Finally, he can summon the power of Bast with his Ultimate, decreasing damage taken by 10% and increasing damage dealt by 20%. While this is active, he can also block and parry otherwise unblockable attacks. From our hands-off preview, the king looks to be a very versatile character able to chain grounded and aerial attacks together, so we’re excited to put him through his paces.

This expansion sees T’Challa facing off against Klaue and his army, who are corrupting vibranium around Wakanda for nefarious purposes. Klaue attacks the capital city, forcing the country to reopen their borders for Avengers assistance. Banding together with the heroes, they’ll have to save Wakanda by exploring new areas and fighting fearsome foes. While some missions appear to be the same capture/defend these points players are used to, others add a puzzle solving spin. To progress, players will need to solve puzzles using information gathered by nearby murals. This should be a nice way to break up the pace, especially if players work together online to solve them. 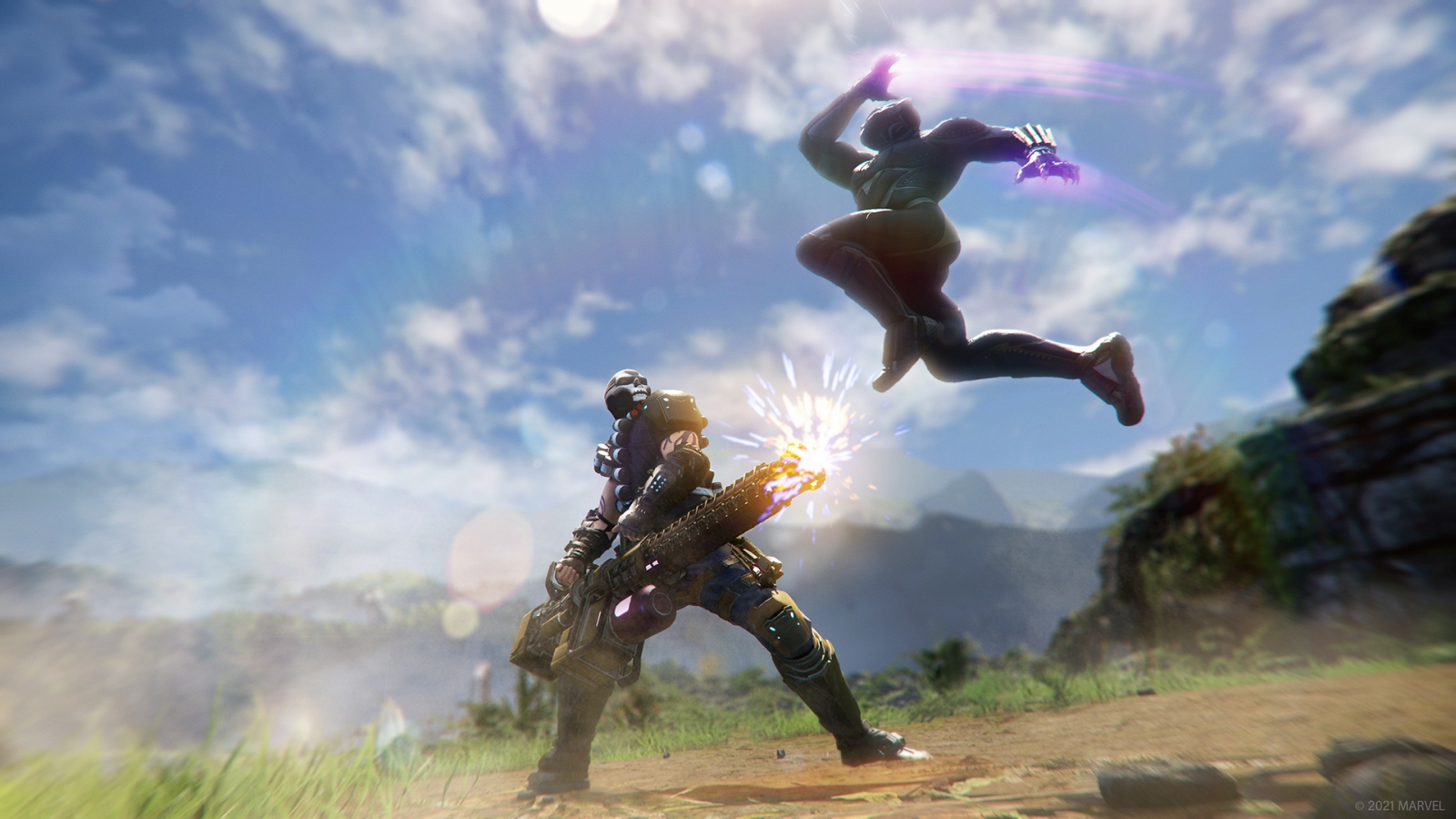 War for Wakanda is Marvel’s Avengers biggest update yet, bringing even more single and multiplayer content to partake in. Black Panther looks to be a fun addition to the roster, and the new hub and dropzones are just as gorgeous as the rest of the game. The expansion will release for free on August 17, so look for more coverage on Marvel’s Avengers closer to that date.