If you are an avid tabletop game player, one of the worst things you can do is move away from your regular gaming group. It turns out, despite all of the brilliant single player options out there these days, playing tabletop games solo all the time just isn’t that much fun, and finding a new group where you moved takes time. I did such a thing last summer, and while I do have a few gaming options available to me at my new home, nothing like the mostly regular weekly meet-up I enjoyed for the year and a half prior has materialized just yet. Additionally, I’ve been trying to work out how to facilitate my D&D group’s next leg of their journey from 850 miles away. I’ve been doing the research: remote play and streaming tools for tabletop gaming are either insufficient, overly complex, or outright digital adaptations that don’t have the physicality that is such a crucial part of this hobby for many of us.

And then I discovered Vorpal Board last week via a stream of a recently launched D&D campaign showcasing an impressive Dwarven Forge terrain build. The first thing that struck me is how well the table layout looked in the main view, including the occasional player initiated close-up. Each player was color-coded, with a matching cursor and ring on their mini’s base, making the tactical view much easier to follow as a spectator. After watching a few more videos of play sessions of board games, I decided to reach out and find out what Vorpal Board is all about (and how I could get my hands on it!).

Luckily, James Lang took some time to talk us through the software- in fact, he did so using the software, check out the video at the top for the full demo/interview!

A tool that is essentially a video conferencing web app, Vorpal Board includes an added feature-set specifically addressing the needs of a tabletop gaming group. Here’s a quick checklist of some of the features that stood out to me:

An important note: Vorpal Board will be a subscription-based service, but according to James they are shooting for a $5/month pricetag, and the Kickstarter will have a lifetime subscription tier that includes some other custom goodies to boot.  Sign up to be notified of the Kickstarter launch at their website, and after Jan 21st you can go directly here. 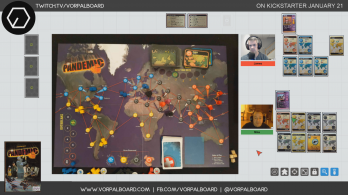 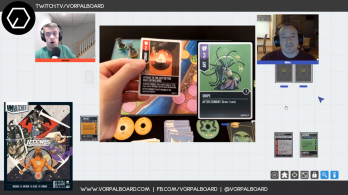 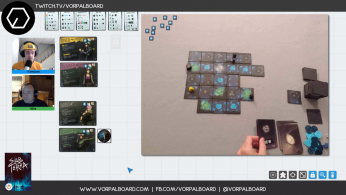 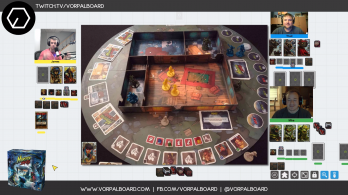 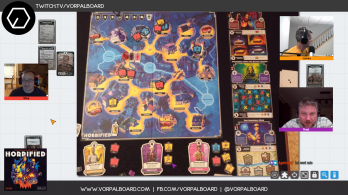 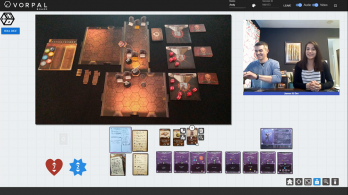 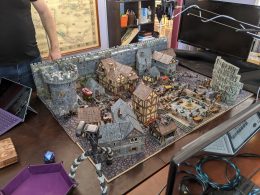 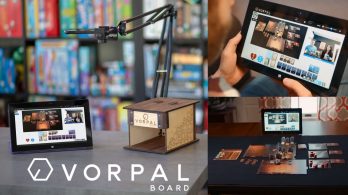