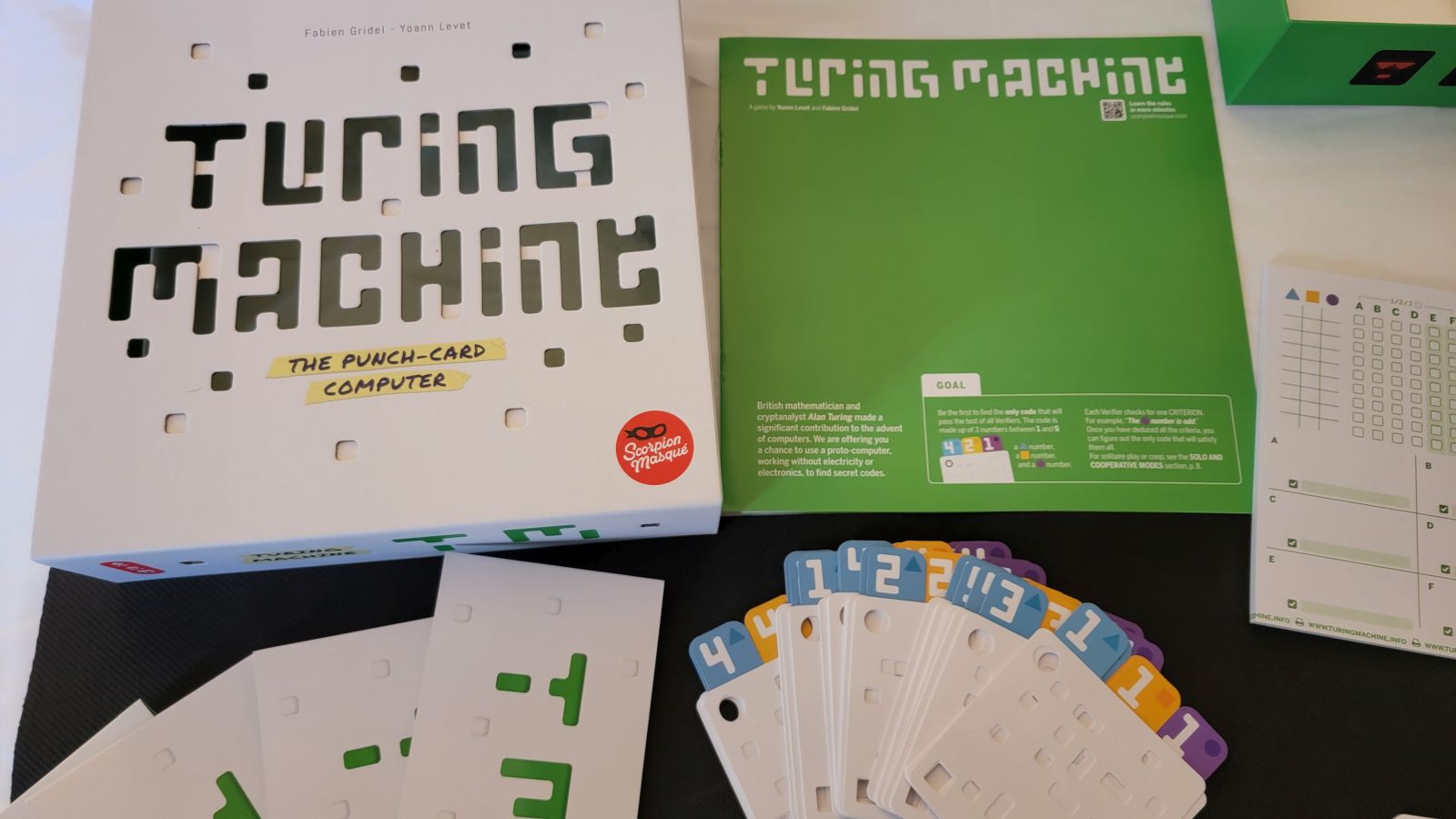 With Day one of GenCon in the books, Gaming Trend got to sit down with Hachette Games and see why their booth had one of the hottest games at GenCon. The first day was filled with lots of familiar faces, and excellent games/goodies throughout the exhibit hall. Among these was a game that sold out for the day rather quickly and that was Hachette Games’ very own Turing Machine. When we sat down with Danni Loe from Hachette Games, Gaming Trend got a good look at why Turing Machine is selling out here at GenCon.

So what is Turing Machine? It is a puzzle game where players will compete against one another to find the answer code first. Players do this by asking the analog computer a series of questions which help narrow down the answer. This creatively uses different numbered punch/perforated cards and with that players lay them over one another and can see if the answer to their question is correct, or incorrect. 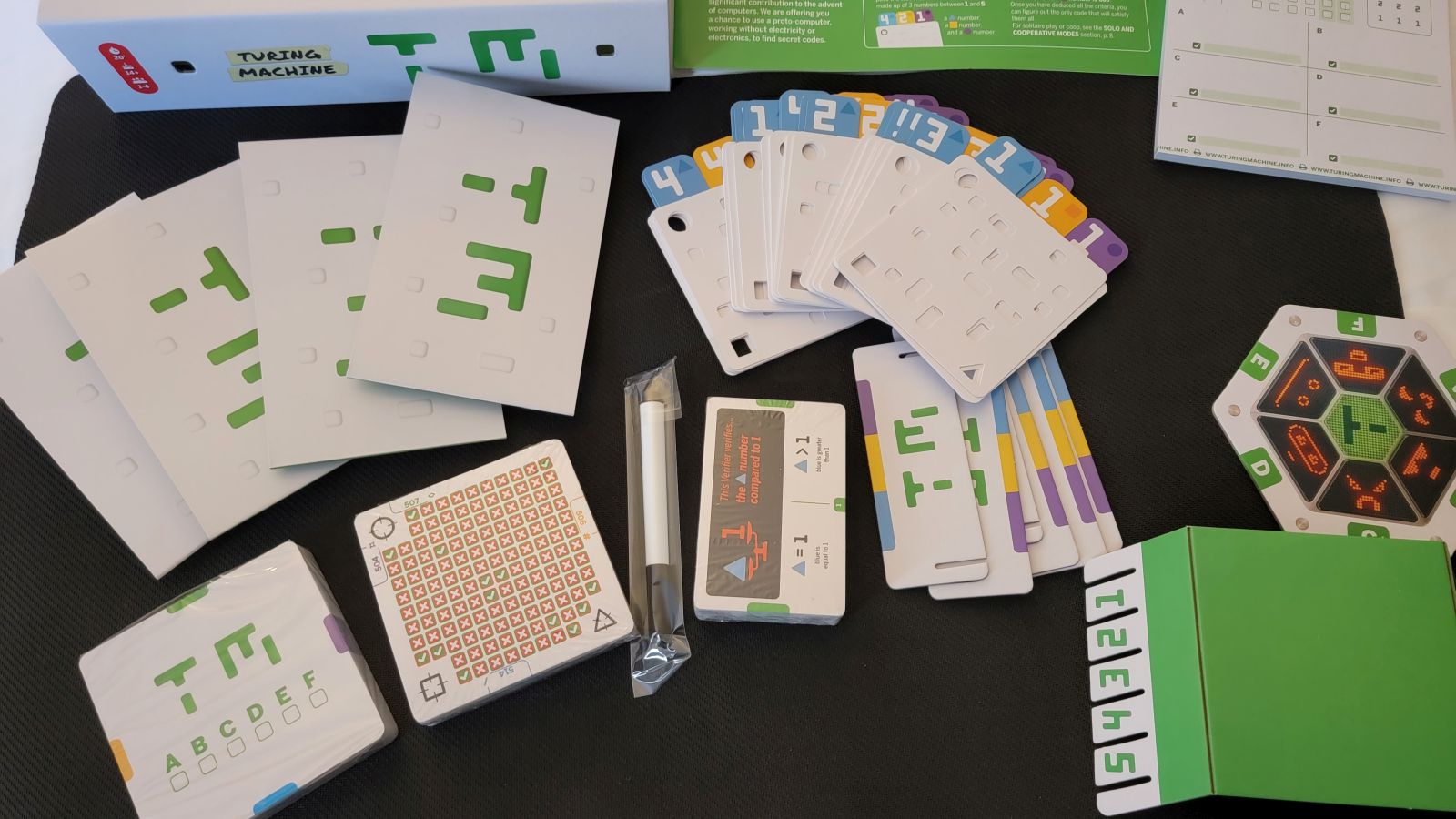 While a simple concept, there is tons of room for variation and a generator online to play many different times. Turing Machine seems like the type of game that will have, in one form or another, a big presence at the table albeit with a small footprint, i.e. tons of fun, big appeal and not a table hog. 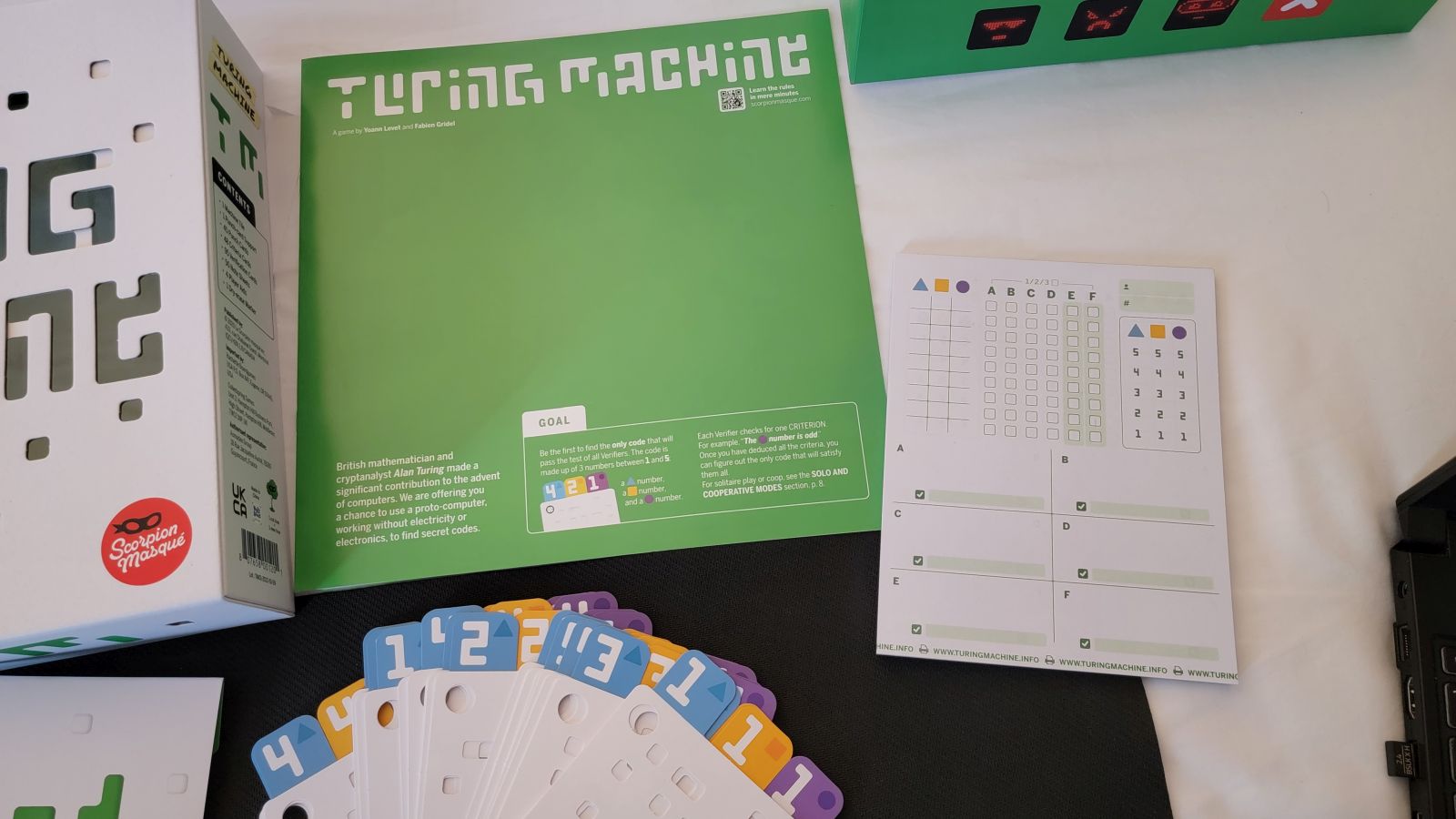 Hatchette Games may have sold out for the first day of Gen Con, but rest assured that for anyone that still wants it they are going to restock during Gen Con and have more copies available. So stop by and pick up your copy for a mere $40, or preorder it through the many different avenues available. Rest assured, Turing Machine is one computer everyone can use.