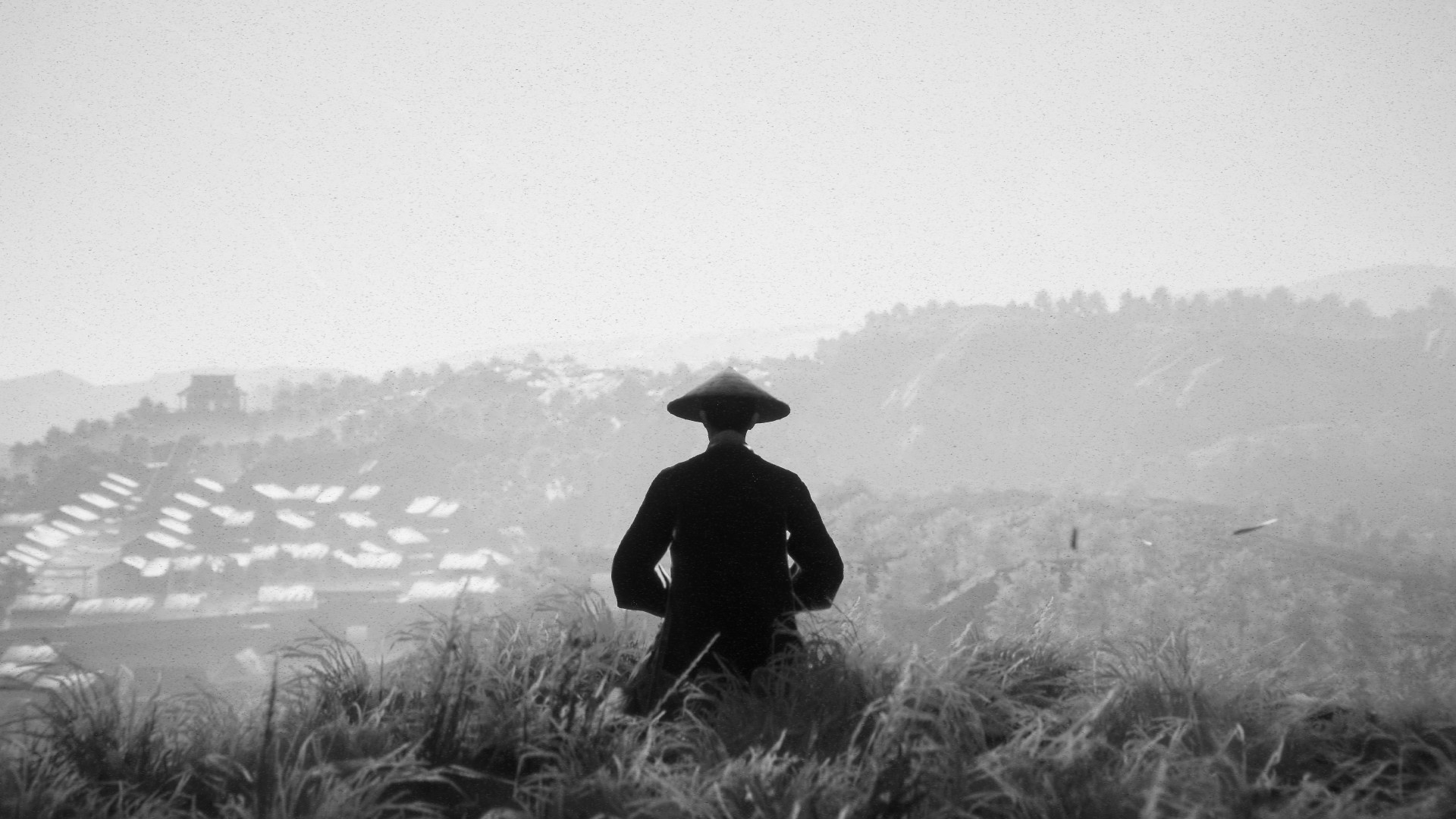 Trek to Yomi is Devolver Digital’s upcoming title set in feudal Japan. After watching its reveal trailer, the title caught my attention immediately. This is because I’m an unapologetic Japanophile and its interesting premise and eye-catching, nostalgic, black and white cinematic aesthetic was too much of a good combo to ignore.

The game takes place in Japan’s Edo period. It follows Hiroki, a young orphan, and samurai-in-training who’s village is raided by invaders one day, so he’s forced to take up his sword to defend the citizens. He unfortunately witnesses the death of his master on the same day. While the first chapter shows players Hiroki’s origins and seamlessly introduces us to gameplay, the next chapter skips years ahead and puts us in the shoes of an adult Hiroki who’s now a full-fledged samurai and, like his master before him, is forced to defend his village from invaders yet again.

Aside from the origin story, that was the first chapter, we don’t really get to learn much about our protagonist from the first two chapters alone. However, we do learn more about the overarching plot through environmental storytelling by listening to the short but frequent dialogue between the villagers, samurai, and other enemies you’ll encounter throughout the game.

The gameplay in Trek to Yomi is slow and methodical. Players will be given a basic rundown of the controls and combat moves before quickly being shoved to the frontlines to fend for themselves. Players can use the standard heavy and light attacks, block to avoid attacks, dash to close distance, parry enemies to stun them, and perform counters and finishers.

Between moving from one area to the next, players will also encounter multiple consumable items like the throwable Kunai along with various upgrade items. Upgrade items, while plentiful, will require players to search through each area thoroughly to acquire. These upgrades can range from increasing your stamina and health to improving the effectiveness of your weapons. Additionally, as you progress through the game, you’ll also unlock more combat moves like being able to block enemies attacking you from behind and the ability to execute swift rotating slashes.

That said, there are still a few issues I found in gameplay that bothered me a bit, the first being some of the unbalanced attacks. For example, I found it was extremely easy to spam heavy attacks once I gave enough space between myself and enemies, forcing them to run at me. I did this so often and consistently enough that I was able to blaze through the last part of the preview build virtually unharmed, even against enemies that are more armored than I am. While I found this tactic really useful at times, it felt a bit unearned, especially as the game seemingly has no traditional leveling system.

However, this isn’t to say Trek to Yomi is an easy game. In fact, I’d say it’s more the opposite as combat can be incredibly daunting at times and only gets more challenging as you progress, primarily due to the sheer amount of enemies you’ll face at a time. Additionally, your health can be depleted instantly if you aren’t careful and stamina drains quickly, so players will have to be cautious once dealing with mobs of enemies. Thankfully, there are multiple checkpoints (which also heal you) scattered across each level, so you can always quickly get back in the fight if you find yourself struggling.

The only other part of the preview build that I found underwhelming was the first boss fight which felt too easy despite having to simultaneously fight his mob of regular enemies. Though this is just the first boss fight so I fully expect the next few to be far more challenging.

Performance-wise, I’m happy to report that the game ran smoothly throughout my hour-long experience. I encountered zero bugs, glitches, frame rate dips, or inconsistencies playing on an RTX 3060 PC. It also ran at a stable framerate which can be set to unlimited if the player desires.

In short, while Trek to Yomi has its fair share of balancing issues, the game so far is everything I expected and more. Its fantastic cinematic visuals, interesting premise, and engaging gameplay kept me sufficiently engaged throughout so hopefully, the full game will do the same.