Eivor comes across an eerie graveyard, a corpse has been strung up above an altar. As she examines the gruesome monument, blood drips down and a mysterious woman suddenly appears and attacks the Wolf-Kissed. This boss fight is one of many side activities you can encounter in Assassin’s Creed Valhalla’s fictionalized version of England in the year 873.

To me, the Assassin’s Creed series is the popcorn of video games, because everyone loves food metaphors. Each game has a metric ton of stuff to do in their worlds, moreso as the series shifted towards the action-RPG genre, so you beat the game and do what quests you want, put it down for a while, and by the time the next one comes out you’ve got a craving for more. That’s exactly what Valhalla seems to be striving for: more Assassin’s Creed, but with some improvements here and there. Honestly, that’s exactly what I want from the series after Origins and Odyssey, another massive and detailed world to explore, learn about, and quest in is exactly the kind of game I want to play at this moment in time. I was able to play about four hours of Valhalla through a preview streaming event, and I got exactly what I wanted and more out of my short time with the game. 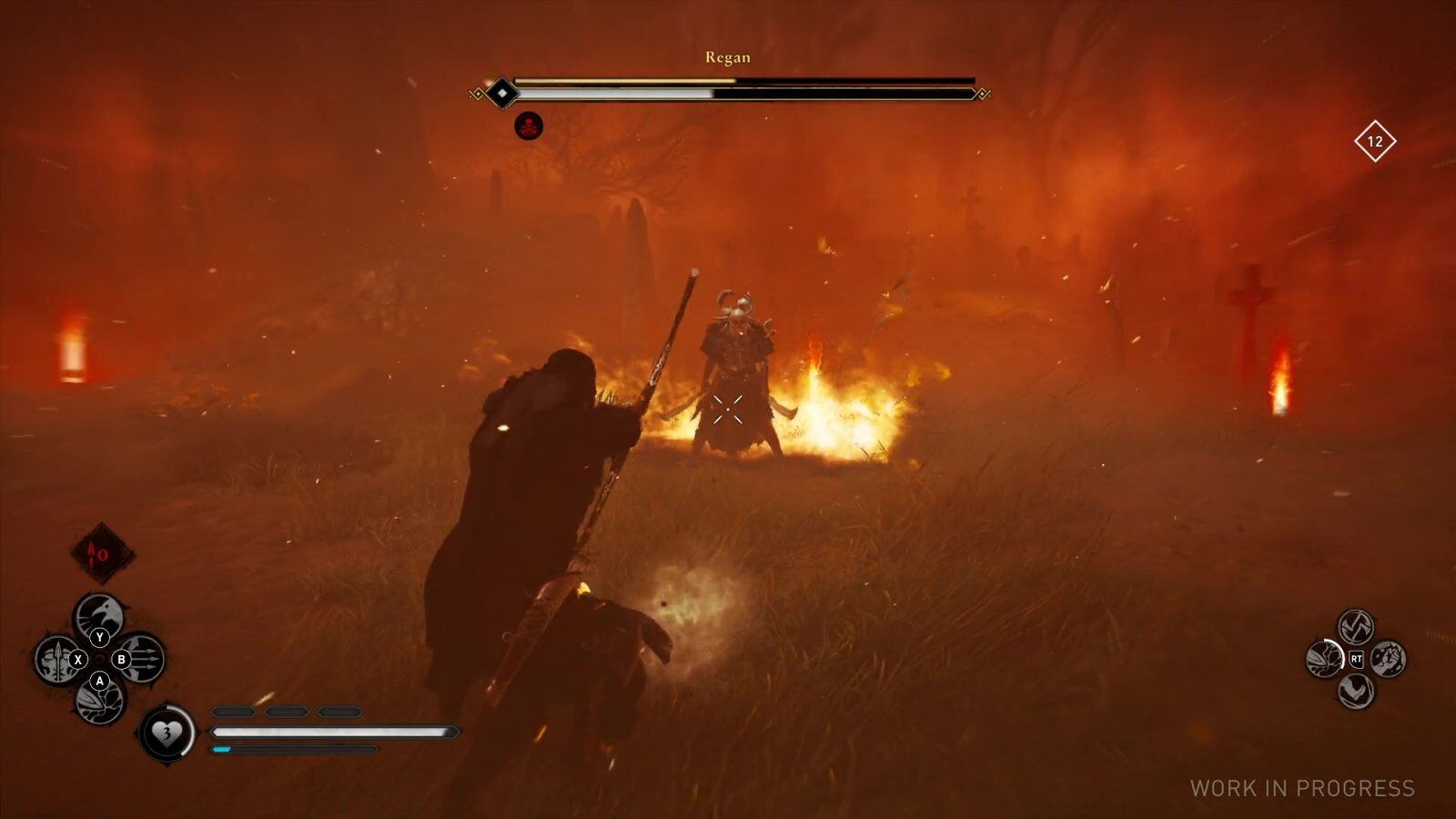 The demo began with Eivor seeking vengeance for the late king Oswald, who strove for peace between the Saxons and Danes and was killed by a man named Ruid. After bringing the locals to her side, they begin an assault on Ruid’s stronghold, shielding themselves from arrows until their longboats finally reach the shore. This is the start of a surprisingly difficult and open ended encounter that took me a few tries to get right. You need to open up the fortified gates to the center of the stronghold by defending the battering ram, using it yourself, or climbing around and opening the gates from the inside. There are a ton of enemies and a lot to concentrate on, but I found it most effective to open the gates as quickly as possible while your AI allies draw the enemy’s ire. Once you reach the center, it’s revealed that Oswald actually survived but was kidnaped by Ruid and taunts you to fight him for the king’s life. If you choose to take him head on, it’s another very difficult fight, since you’re probably running low on healing charges from the assault. As you can see in the video, I chose instead to take a stealthy approach: climbing a nearby tower and surprising him with a volley of arrows, killing him instantly.

Having rescued Oswald, he urges you to spare Ruid and allow him to have a proper trial and be judged by the Christian God. I chose to kill him right then and there, which would have the immediate consequence of Oswald’s disappointment as well as consequences later on in the story. Now that Oswald is, in fact, not dead he can get married and officially crowned king. At the wedding/coronation, you can partake in the festivities through a drinking contest, a drunk archery contest, and maybe spending some quality time with a fellow Dane or two. If Ruid lives (which he did in my footage due to needing to restart the application at one point), he will crash the wedding and challenge Oswald to a duel. Eivor can attempt to step in here and fight for Oswald, but if the new King accepts the challenge he will handily defeat and spare his opponent. That was the end of the story content in this preview, but after this the majority of my time was spent exploring the open world. 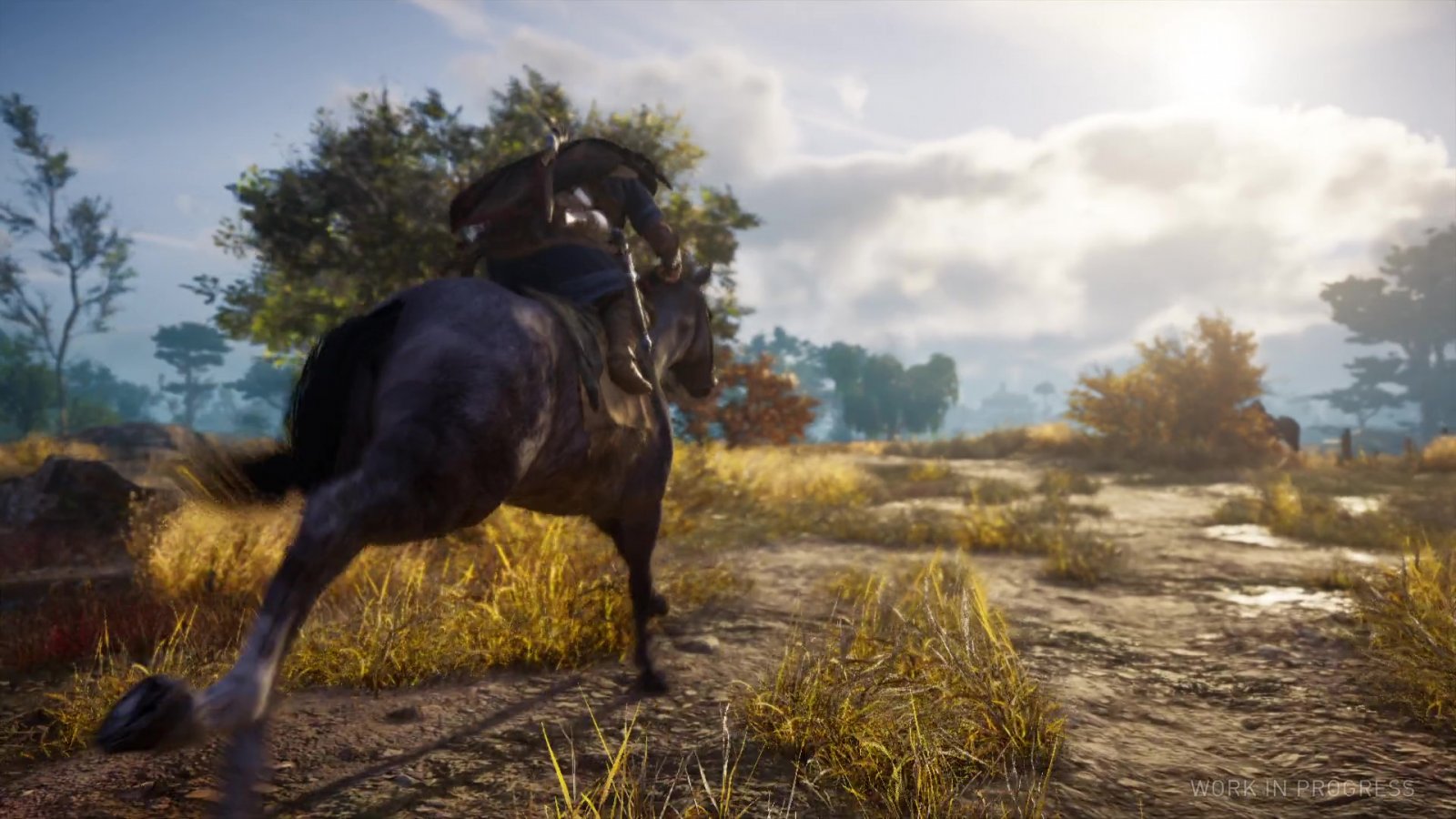 There have been a number of quality of life and mechanical changes since Odyssey, like the aforementioned healing mechanics. Instead of using adrenaline to heal, you’ll now have to either eat food and plants to recover or store them for later use much like Horizon Zero Dawn. Equipment has also changed drastically, with each item being aspected to one of three skill trees. You can no longer equip two sets of weapons to swap between, and instead choose a weapon for each hand. The right hand weapon is used for light and heavy attacks while the left hand weapon is for parrying with the left bumper or other attacks by double tapping the button. I didn’t find much use for weapon swapping in the previous games outside of mixing it up a bit, so I welcome the change as it adds just a bit more customization. You can even dual wield shields, apparently, if you’re feeling defensive. Side quests have instead become what’s called World Events. They’re still marked on your map when nearby with a gold or blue icon, but they’re no longer tracked in your quest log so you’ve got to figure out what to do on your own. I also see this as a change for the better, as it contributes to the feeling of adventure and keeps you wondering what’s in each and every corner of the map. All these changes make for a more challenging and rewarding experience, while still feeling fair and, most importantly, fun.

I described one World Event in the first paragraph, but I encountered several more in my playtime. I met a former viking who wanted to show his son how to die with honor, whom I obliged, helped a little girl who believes she can summon horses, recruited a cat for my ship, and even engaged in a medieval rap battle for my honor. There’s a lot to do and see in this world and most of what I encountered didn’t rely on combat, which was very refreshing. I enjoyed the previous games, but I think Valhalla has the potential to be the best game in the series yet.