Jurassic World Evolution 2 is set to launch on November 9th, 2021 with pre-orders coming on August 25th, and I am counting down the days. My Editor-in-Chief, Ron Burke, and I recently got to play through a small sample of the game, and it left us as hungry as a velociraptor for more. Jurassic World Evolution sucked countless hours of my life away; it’s one of those games that I lose any and all track of time while playing. Two of the things that both myself and countless others were eager to see in the first game was the addition of flying and aquatic dinosaurs. Well, get ready folks, JWE 2 is bringin’ em!

What will Jurassic World Evolution bring to the table you ask? Read on to find out!

Jurassic World Evolution 2 is everything we loved about its predecessor, and more. You’ll be branching out past the original five islands, for better or for worse. In the preview, we got to see a bit of the new Challenge Mode in the Canadian mountains. Though neither myself or Ron got things fully up and running in the allotted time for the preview, we were able to get a glimpse of the cool new Aviary and Lagoon enclosures.

I was able to build and hatch two flying dinosaurs, but sadly I didn’t realize how much room I would need, or that you could combine more than one Aviary to make bigger ones. My poor flappers broke out very shortly after their arrival, and I can’t say I blame them one bit. You need to provide them with feeders inside the Aviary, which are placed within pools of water, as well as rocks and other items to please them. Let’s just say, I didn’t realize any of that until it was too late, and life…uh… found a way. 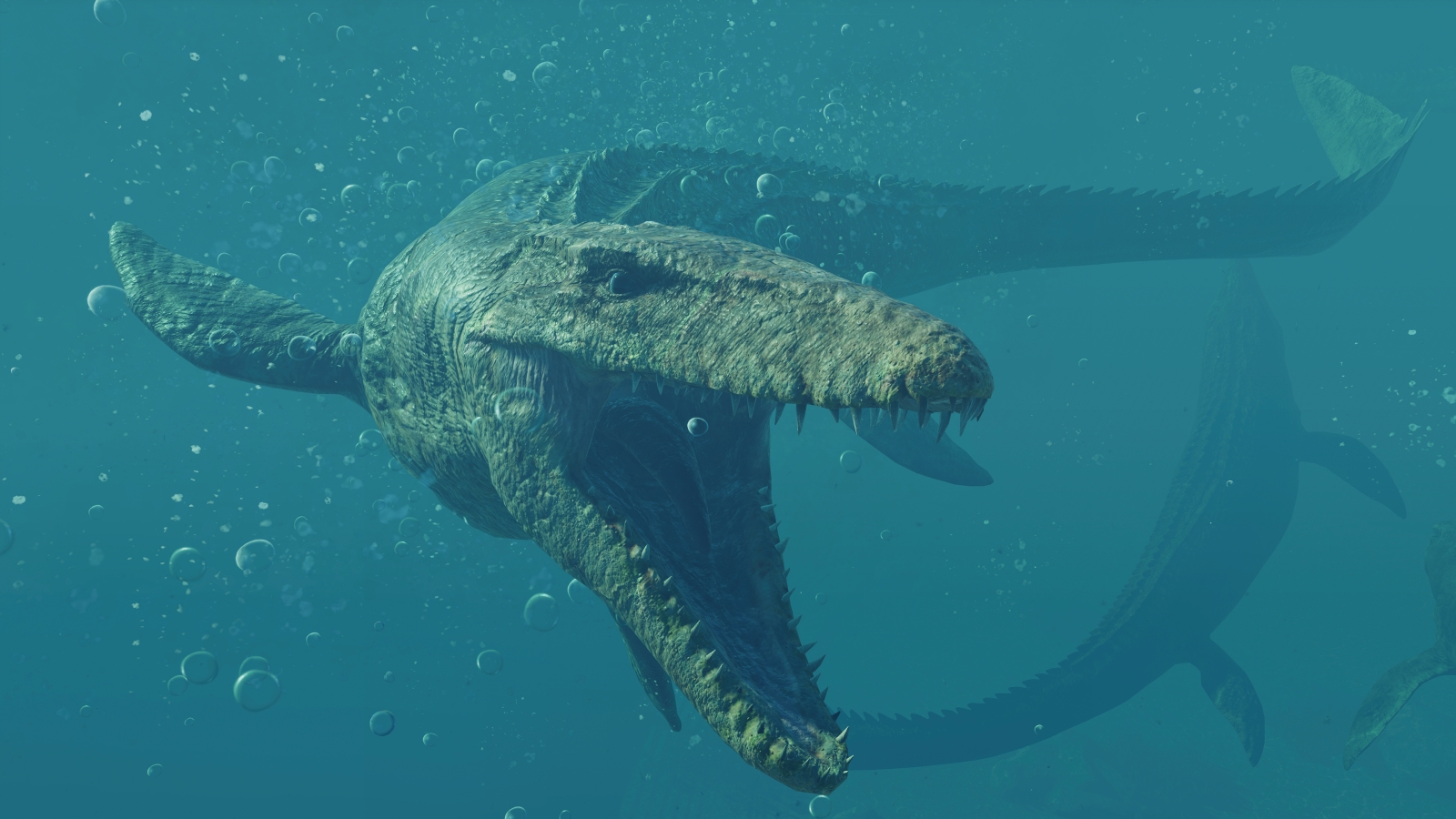 As for my Lagoon, I was stoked to get my Mosasaurus incubating, but alas the time on our preview ran out just before I was able to hatch him. You’ll need to plan accordingly to fit both the Lagoon and the Aviary on your map, especially if you choose to link more than one together as they are huge and have pretty hefty requirements.

Some other cool things I noticed were that you can now set Rangers to patrol a particular area, and there are new Ranger Outposts you can build inside your enclosure to keep an eye on your creatures more directly. There are a slew of new buildings, as well as customizations for them. You can choose what kind of entertainment and dining you want, theming, and what you put inside of them in more depth in JWE 2.

Another new feature is deeper interaction with your scientists and employees. There is a brand new UI where you can hire and fire employees, see their happiness, what they excel in, and how much unrest they are currently experiencing. If they get pissed off enough, they will sabotage your park. My employees got progressively more and more angry with me, and I wasn’t able to figure out how to fix it during my play session, but Ron said he was able to give them time off in a breakroom to cool them off. They did eventually sabotage my park, but my Rangers were able to quickly rectify the situation. 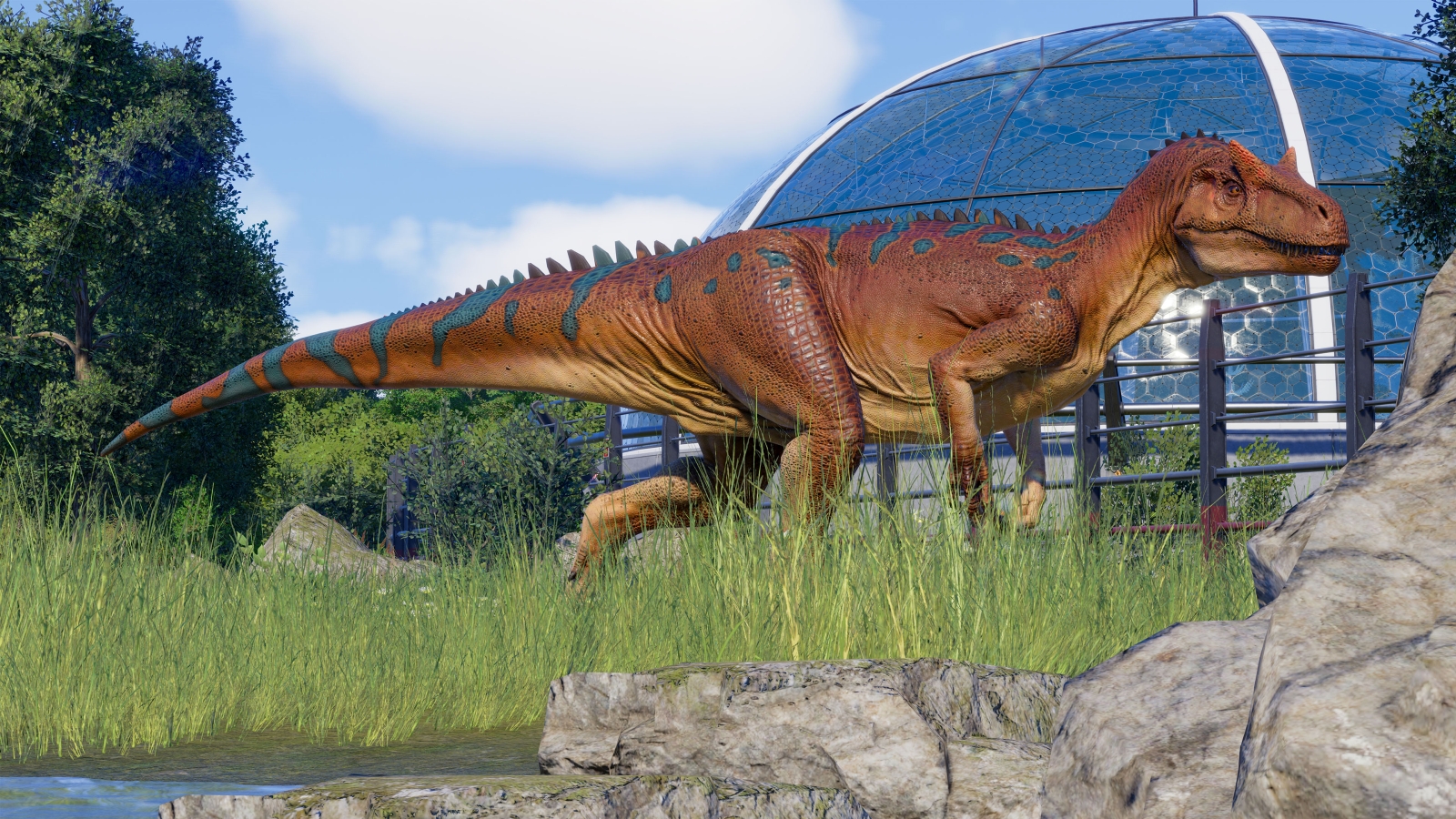 A dino taking a stroll in front of the new Aviary enclosure coming to JWE2!

You’ll be able to pre-order Jurassic World Evolution starting today, August 25th. There will also be a digitally exclusive Jurassic World Evolution 2: Deluxe Edition available! You will get the base game, as well as three exclusive vehicle skins inspired by the Dinosaur Protection Group, six guest building amenity signs, and five additional prehistoric species to add to Challenge and Sandbox mode parks. These dinos include land, as well as the new marine and flying creatures!

There is a lot of new and exciting stuff coming out with the expansion, and we were really happy to participate in the Jurassic World Evolution 2 preview event. I can’t wait to get my hands on the full release on November 9th. Stay tuned for more coverage at Gaming Trend!

You can pre-order Jurassic World Evolution on your desired platform here.