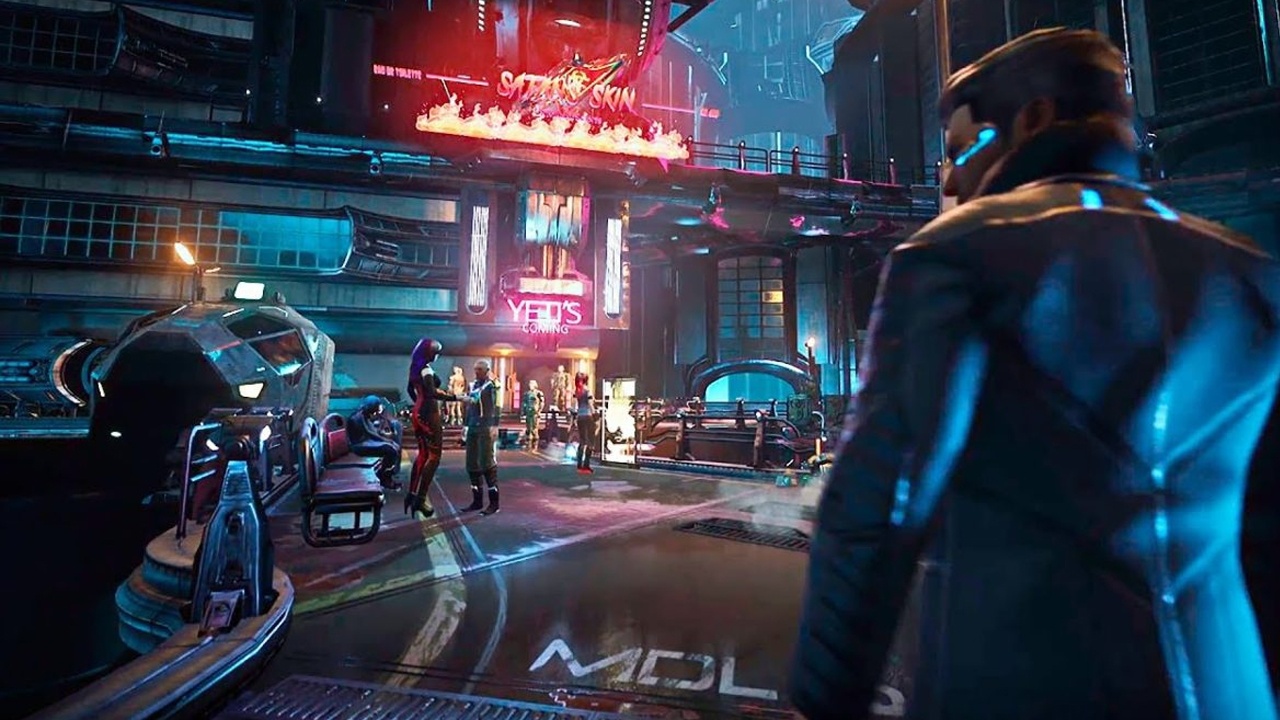 In some far-flung, neon-soaked future, the world is more virtual than ever. The fidelity of fabricated reality is so high that people can spend vast amounts of their lives in the virtual world, often to the detriment of their real-world lives. Like any well-oiled simulation, eventually it’ll be infiltrated by rogue elements. Hackers, criminals, and the darkest elements can take hold. Safety mechanisms meant to keep inhabitants of these virtual spaces safe can be circumvented, even causing harm to its residents. That’s where you come in.

Gamedec is a single-player, cyberpunk, isometric RPG where choice matters. The game will continuously adapt to your decisions, changing and morphing around you. You can swap out the name of this game for a million other games that make that same claim, but end up falling short. Few games get over this hurdle, but I do believe that Gamedec might just make the leap.

You play a cyber detective who specializes in helping people in the game space — a Game Detective, or Gamedec for short. In the demo I got to play (which I’ve captured in its entirety below — it’s anything but short!) I was contracted by a rich CEO of a software conglomerate named Geoffrey Haggis. His son logged into a virtual world and has somehow ended up stuck there for well past the maximum amount of recommended time. Seems simple enough.

I’m going to give you my first complete playthrough in this video below, but keep reading…you’ll see a second playthrough that is different in a great many ways. Enjoy!

Nearly every single interaction you have in the world of Gamedec results in a consequence of some kind. Having run this demo several times, the game never judges you for your actions, merely accounting for the choices you make. Something as simple as looking at graffiti on the wall and selecting how you interpret it results in a logged action. Do you see it as art? Defacing property? Do you see something religious buried inside? No matter your choice, the game is using each one to define your personality. What I noticed immediately is that there are so many of them that it’s nigh impossible to just “back up” and just choose all the “Paragon” options — the world is more gray than that.

Fredo Haggis, the son of Director Haggis, was celebrating his birthday with his friend Timmy. They decided to set out on a wild night, as evidenced by the obvious hooker strapped into a nearby VR couch. Looking around the room, I also found Timmy and Fredo’s discarded clothes. From the moment I created my character I had already decided on a path — I was born in the lower city. As I had made this choice I knew that if I rifled through the clothes of these two rich kids, I’d likely find something tucked away in a hidden pocket somewhere. Similarly, if I was born on the high city side of town I’d have different options with Director Haggis and he wouldn’t look at me like something he just scraped off his shoe.

As the game is in development, the devs give you an immediate boost, letting you pick from four different professions to start to define your Gamedec. A Sleeve is a person with ties to the world of crime, a Glazier is a magician of virtual worlds and a machine tamer, the Infotainer is a high-charisma charmer in the virtual world, and the Scalpel is a medic with extensive knowledge of medicine. Beyond the obvious Shadowrun-like backstory choices, you’ll also get points in four different categories called “Aspects.” These color-coded choices tie directly to the decisions and observations you make through the course of interaction with people, places, and things. Perhaps you show a bit of compassion to Timmy and his situation and that puts a point in that column under that heading. Maybe you really lean on your AI to help you with the crushing loneliness of your bachelor life, putting a point into that aspect. Verbosity, intuition, selfishness, determination, impatience, calmness, caution, logic, discretion — this long list doesn’t even begin to scratch the surface on all of the possibilities. In the current build there are 32 skills you can unlock with these various aspects, granting access to other professions, as well as deeper specializations within them. The demo only grants access to a few of them, but it’s already very apparent that every run can be wildly different based on these choices. Below you’ll see a second full playthrough that has me interacting with the characters in this scenario in a completely different way, and with very different outcomes. I’m sure I’m only scratching the surface.

Using my powers of persuasion I took a run at Timmy to see if he could tell me why his friend is currently stuck in the virtual world. A small meter shows me that Timmy has more than a few secrets to reveal, but I’d have to either get him on my side, or scare him shitless till he coughs them up. Either way, it’s another choice with consequences. Actions now can lock other actions later.

As a detective, my job is to draw conclusions. Scouring an area I collect clues and create a hypothesis about what might have happened, both in the real world and the virtual one. Using the decision screen I can use the clues I’ve uncovered to decide what thread I want to pull. Which virtual world did Timmy and Fredo go to? Which ways did the clues point? Once I made the choice, there was no going back. Each branch leads to new investigation options, but closes any you didn’t choose permanently — choose wisely. As a prime example, I had to track down a cult leader in my playthrough, leading me to have to decide between two people as the culprit. You can imagine my surprise when the final clue I uncovered was whether that person was a man or a woman — it’d be very easy to go off half-cocked and make the wrong choice, but it could make for interesting RPG arcs.

I went into Gamedec just excited to see a fresh take on Cyberpunk storytelling, and boy did I get it. Too many games make the claim that choices matter, but Gamedec’s focus on detective storytelling creates a grand tapestry of interwoven choices that can have a wide variety of outcomes. You’ve seen me fail to keep Fredo alive twice in the videos above, but know that the right choices can end with a happy father and a very alive Fredo. Gamedec is an indie game flying in very rarified air. There’s something here — something I’ve not seen massive publishers with hundreds of millions of dollars at their fingertips deliver. Not only do choices matter more than “good” and “bad”, they have far-reaching implications and often further-reaching consequences.

Stay tuned for more on Gamedec as we roll towards a late 2020 launch.