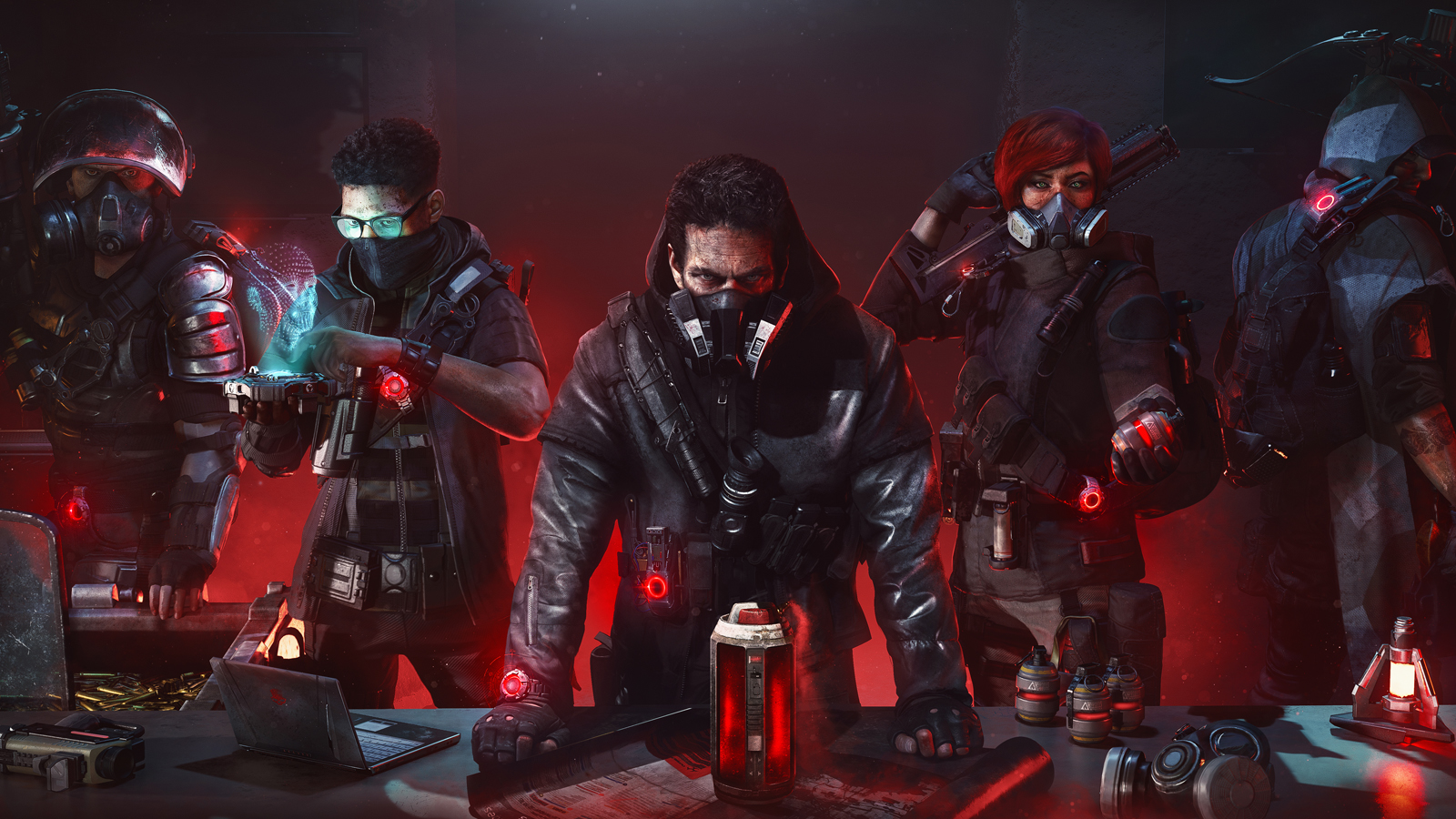 Ground zero. When the Smallpox Variola Chimera virus, better known as the Green Poison, hit the United States, New York City was where it all began. Ubisoft and Massive have decided to take us back to ground zero in their newest expansion, entitled Warlords of New York, but the location is only half the story.

If you think back to the first Division title, you might recall the name Aaron Keener. Keener, a First Wave Division agent, was charged with securing what would eventually be called the Dark Zone. While escorting some civilians through this area, a group of Rikers happen upon the group, backing them into an abandoned building. Keener requested support from JTF, but that request was denied. Instead, the Rikers firebombed the building — an event that spun Keener rogue. Resurfacing in New York, our D.C.-based Agents are headed back to familiar territory to hunt him down. Unfortunately for The Division, Keener isn’t operating alone. In Warlords of New York, we’ll not only face the man himself, but also his four lieutenants and followers.

Recently I went hands-on with the upcoming expansion, tackling one of the aforementioned lieutenants — one Theo Parnell. In Warlords of New York, each lieutenant has a new set of skills that they’ll unleash upon you. Parnell is a drone specialist, so inevitably he’ll be sending a fresh set of weaponized drone tech our direction. Thankfully, a peacekeeper had the luck of shooting down one of these drones, and we headed out to the crash site to see what we might learn from the wreckage. 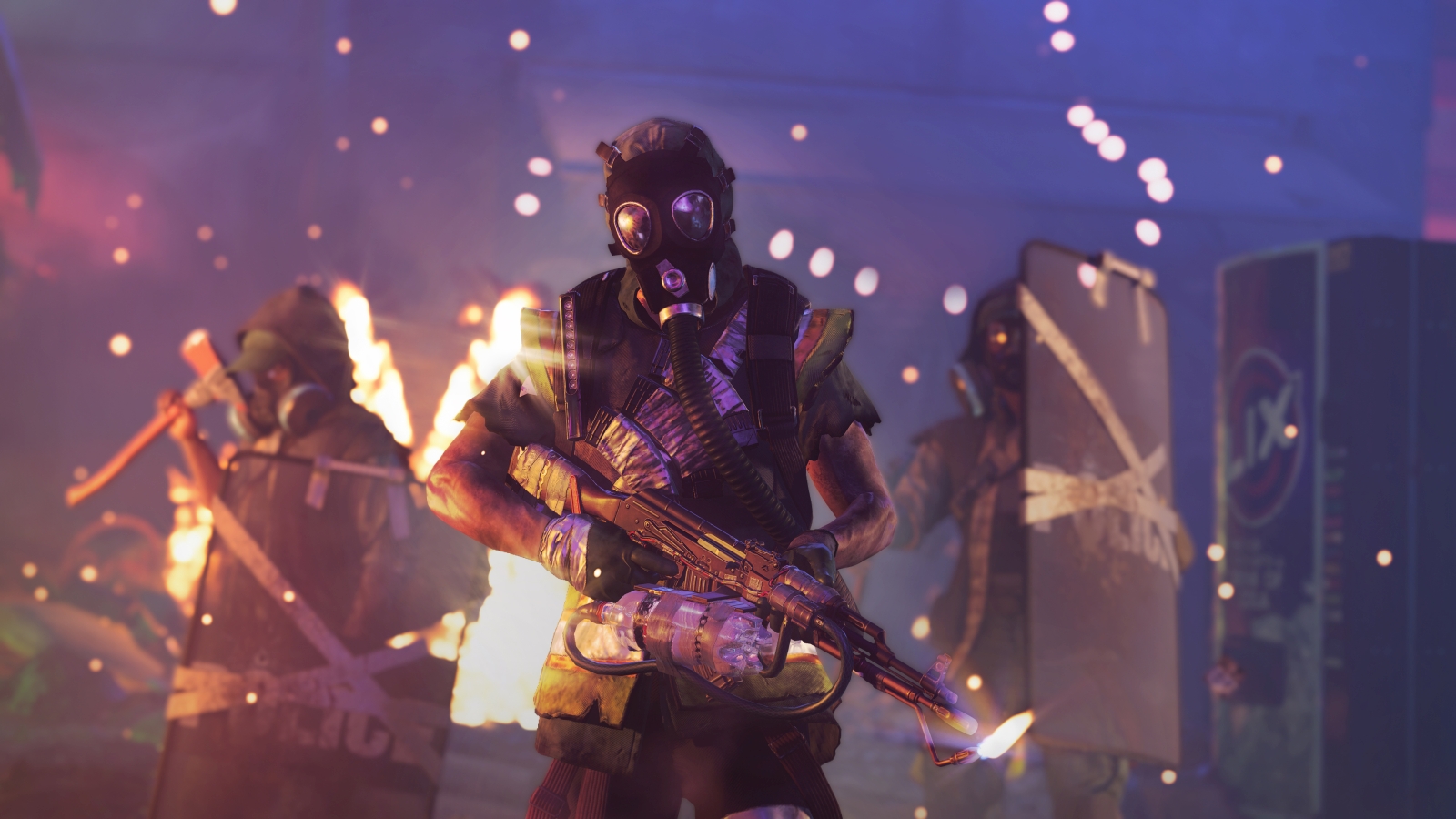 A familiar foe — the Cleaners.

Keener has set up somewhere in Southern Manhattan, so we’ll be tracking him through the Civic Center, Two Bridges, Battery Park, and Financial District areas. Touching down to track Parnell, I almost immediately ran into some familiar faces — The Cleaners. For those who don’t remember, The Cleaners are a group of sanitation workers who have taken to the streets with flamethrowers to “cleanse” the city with fire. New York, coated in a soft blanket of snow in the first game, has thawed for this expansion. The city is overrun with vines and moss, replacing the blistering cold with lush greenery. Trash still buttresses every corner of the city, and without basic services it’s unlikely to improve any time soon.

Digging the transceiver out from the crashed drone reveals that Theo has been using his drone fleet to keep tabs on agents in the area, calling out patrol locations and force strengths for Keener. Following the clues revealed by the wreckage led us through an abandoned animal shelter and into a detention complex called “The Tombs.” Partnering up with a fellow press member named Glenn, we kicked off the cooperative play time for Warlords. Let’s roll!

Beyond the expanded storyline (there will be five major story threads and eight side plots to explore for each of the four lieutenants and Keener himself), Warlords of New York will also bring a bevy of gameplay improvements. The team at Massive heard people’s feedback that the game’s RPG elements were too complex at the top end. To that end, they’ve redesigned the loot system, streamlined it, brought back “God rolls”, and otherwise tried to make every piece of loot meaningful. We’ll need more time with the expansion to see how that goes, but we’ll also have 10 more levels to figure it out — the level cap has been expanded from 30 to 40.

Beyond the rebalance on gear, there are a few more goodies in Warlords of New York. Each lieutenant has a skill that they’ll happily “introduce” you to by using it against you. The drone specialist, Theo Parnell, has decoy tech that he can use to make holograms to distract you. Taking him out earns that tech for the Division team. Other bosses have things like shock traps, a new sticky bomb launcher, and more. These new toys will be coupled with a fresh set of equipment, gear, and weapons, including new sets of named items. Fresh loot! 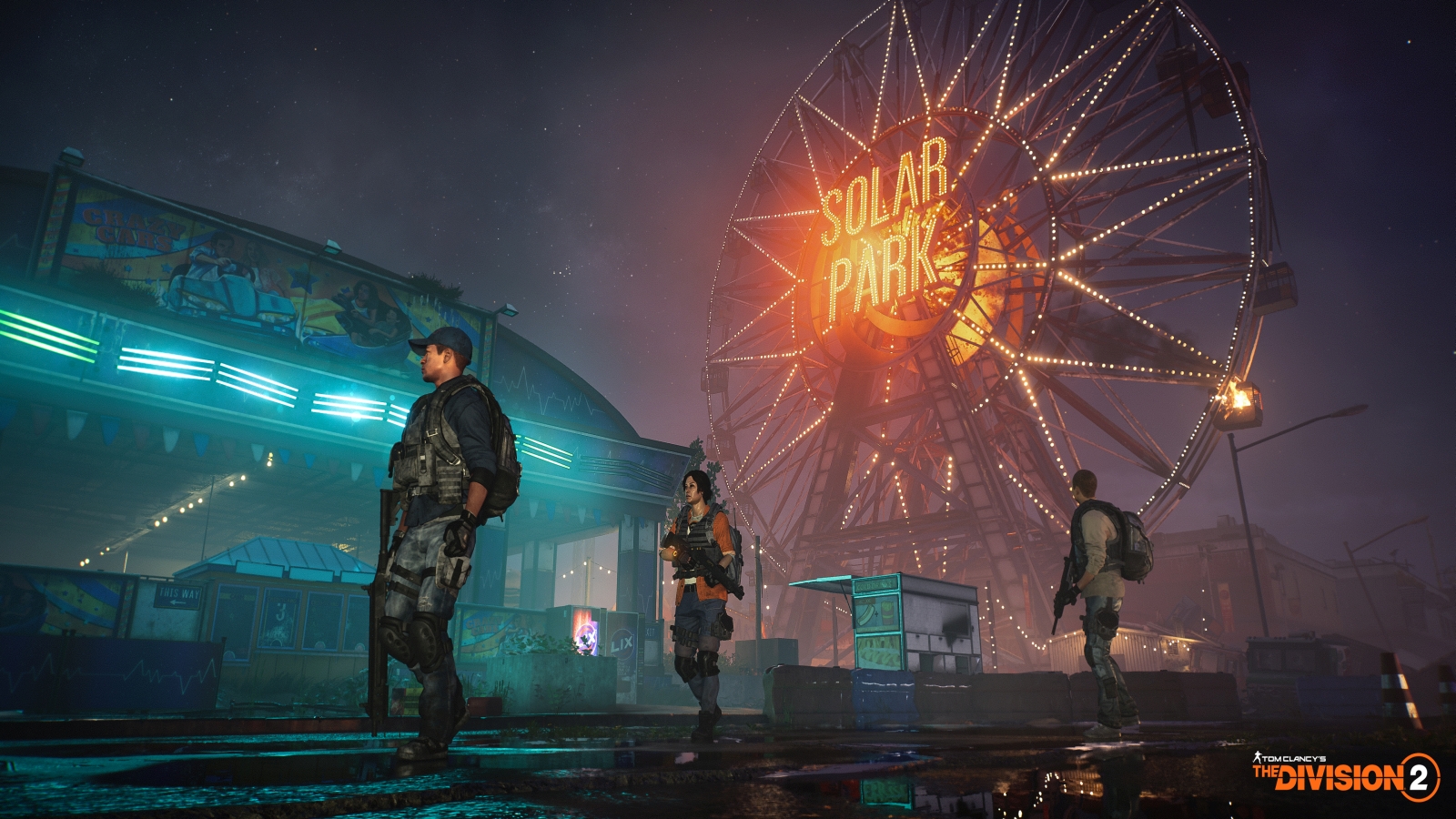 The new gear in Warlords of New York will come in handy when you tackle the Dark Zone. Each of the three original Dark Zones from the first game are being revitalized. While we didn’t get to check it out for ourselves, nor did we get an answer if they’d launch with the expansion or be released in phases, the promise of “simplified rules of engagement” are encouraging.

For those eager to tackle the endgame, the Massive team has also added a new Legendary difficulty level, as well as a fresh Raid called “The Foundry”. Additionally, they’ve also thrown in “seasons”. There is a calendar system, and every day there will be a fresh set of new events. These three month mini-campaigns will have time-limited and global events, encouraging folks to come back every day. If you haven’t kept up with the game, fret not — the expansion will let players jump in with a fresh Level 30 character instead of forcing them to grind out levels back in D.C.

After a few hours with this latest expansion, I found myself once again excited to roll out with my crew to track down the most infamous villain of the first game. The improved clarity of the power levels, the fresh gear, and the new weapons and equipment felt like a marked improvement, and I enjoyed the new storyline elements quite a bit. Thankfully, we won’t have to wait very long for all of the fantastic upgrades present in The Division 2: Warlords of New York — it’ll be available on PC, Xbox One, and PlayStation 4 on March 3rd.