I’m sure we’ve all heard that the brain is the most important organ in the body. Not only does it receive and send signals that tell the rest of your body what to do, but it holds your ability to store memories, develop ideas, and so much more. What if there was a substance in your brain that could be manipulated and improved upon in order to perform supernatural feats? Well, Scarlet Nexus seems to have the answer to that, and I was lucky enough to attend an online preview event for this new Brainpunk RPG.

To start off, the event was hands-off, and I was only able to watch gameplay rather than getting to play it myself. Even so, I still learned some interesting information about Scarlet Nexus and enjoyed seeing how the combat worked. As a brief overview, the story takes place in New Himuka, an advanced country that connects everyone’s brains to a system called Psynet. This system allows people to control objects, technology, etc. around them with their brains instead of how we do things. 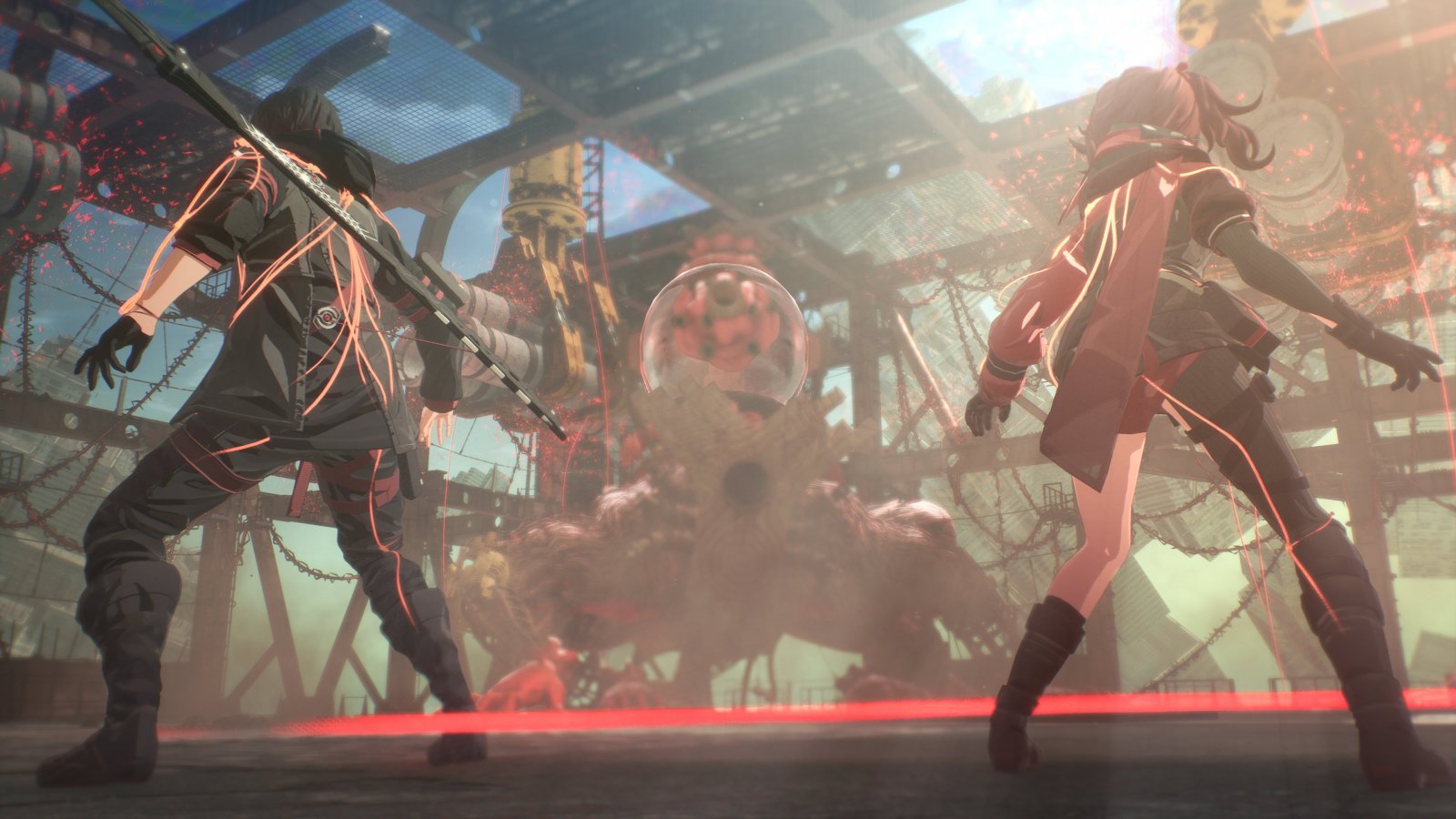 You play as Yuito Sumeragi as he joins the Others Suppression Force, an elite group that protects civilians by defeating mysterious creatures known as Others. The Others rain down from the sky periodically and hunt down humans in order to eat their brains; they have no consciousness, but instead act entirely on instinct. The Others are these odd beings that are composed of living creatures and inanimate objects, which creates this image of something that doesn’t sit right with you. I love this design choice and even after seeing multiple enemy types, I’m excited to see what other monstrosities the developers have up their sleeves.

Yuito fights with a combination of sword slashes and psychokinesis (which I’ll refer to as PK from here on), so you’ll be learning how to combo them in order to fight more effectively. You hold down the designated button in order to use your PK to grab and slam objects into enemies. These include signs, cars, mailboxes, machinery, and presumably much more depending on the location. Yuito has a PK gauge that gets drained when you use his power; slicing enemies with your sword replenishes the gauge and helps you keep on fighting. From what I saw, the combat looks pretty smooth, especially considering it’s a mash-up of both melee and PK abilities. The pace slows a bit when manipulating some larger objects, but I feel like that just makes it seem more realistic. It makes sense that it would require more effort and brainpower to toss larger objects, so I support that decision. 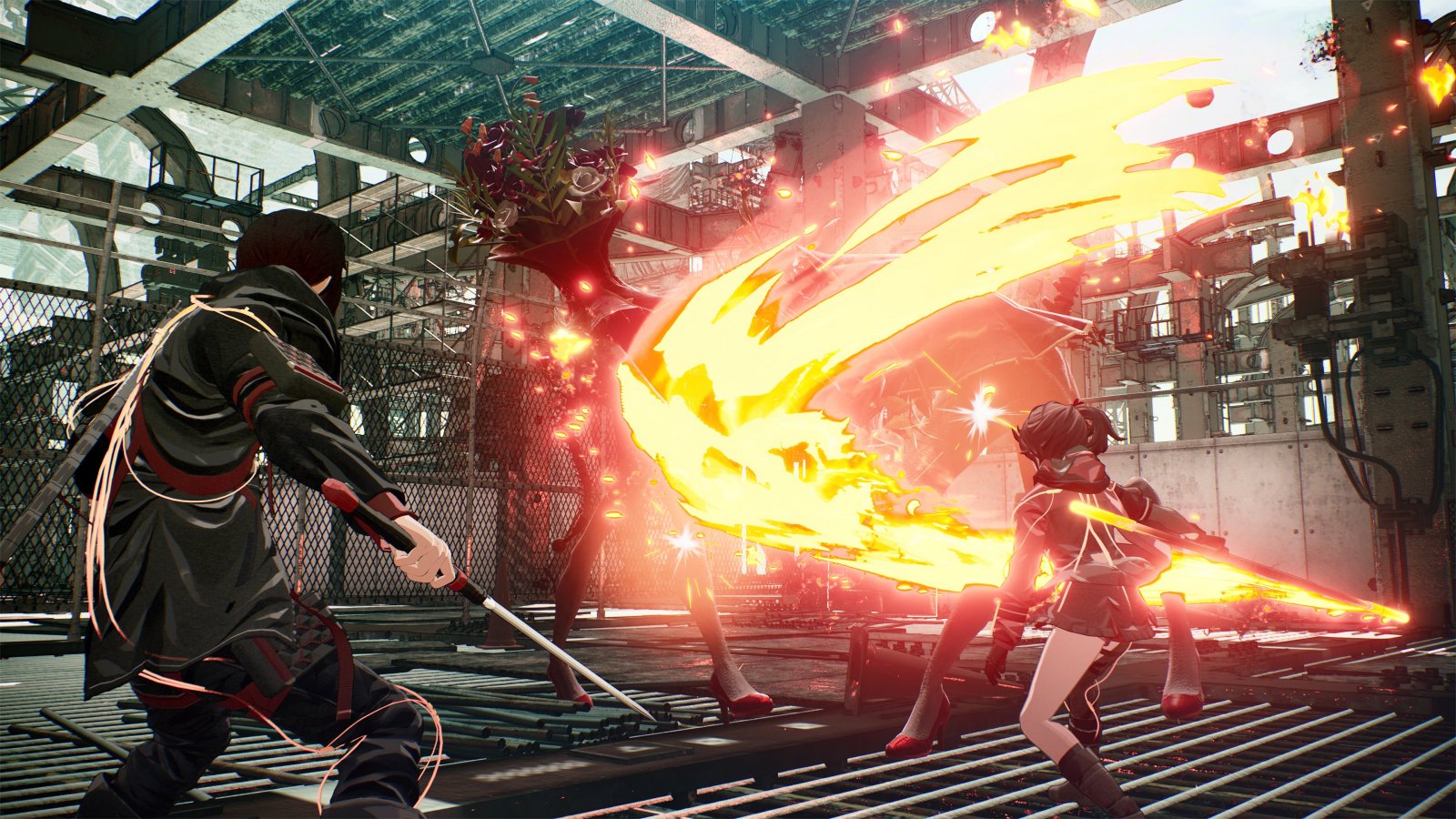 As with most RPGs, you’ll encounter party members who will fight alongside you. I only got to see Hanabi, a pyrokinesis user, but I’m sure there are some other interesting allies down the line. One neat feature is that during battle you’ll have symbols in the bottom right that represent your allies, and clicking the appropriate button for a symbol grants you their power for a short time. In Hanabi’s case, it looks like she adds flames to your sword for a bit. I’m sure that different powers will be more effective in different situations, so I’m curious who else will join you in combat.

Overall, Scarlet Nexus seems like it’s going to tell an interesting story about the power of the human brain, how everyone’s brains being connected may or may not be a good thing, what it means to truly be connected to other people compared to being truly alone, and in typical RPG fashion, there will likely be a message about doing what’s right, no matter the cost. That being said, I can’t wait until Scarlet Nexus gets an official release date and finally comes out. I’m looking forward to slashing up some Others and tossing heavy objects around with my cool PK abilities. Until then, I guess I’ll have to start training my own brain!