Warner Bros. Games, TT Games, LEGO Group and Lucasfilm have revealed a gameplay trailer for the upcoming LEGO Star Wars: The Skywalker Saga which will allow players to experience their favorite moments and all the action from the nine Skywalker saga films as LEGO characters.  The game doesn’t have an official realease date yet but is scheduled for Spring 2021.

The trailer gives a glimpse of the adventures that will immerse players into the expansive saga with the freedom to control hundreds of characters and vehicles that will allow them to discover their own unique journey through a galaxy far, far away. Players have the freedom to start at any of the nine episodes, whether jumping straight in at Star Wars: The Rise of Skywalker, beginning their journey at the prequels with Star Wars: The Phantom Menace or experiencing the saga in any order they prefer. Playable characters include favorite heroes like Luke Skywalker™, Rey™, Obi-Wan Kenobi™, Finn™, BB-8™ and others, as well as characters from the dark side such as Darth Vader™, The Emperor, Kylo Ren™, Darth Maul™, and more. Unforgettable moments from the films have been re-imagined in new, fun-filled, light-hearted LEGO humor. Everything from Podracing on Tatooine and space combat above the Death Star, to battling on Starkiller Base and beyond. 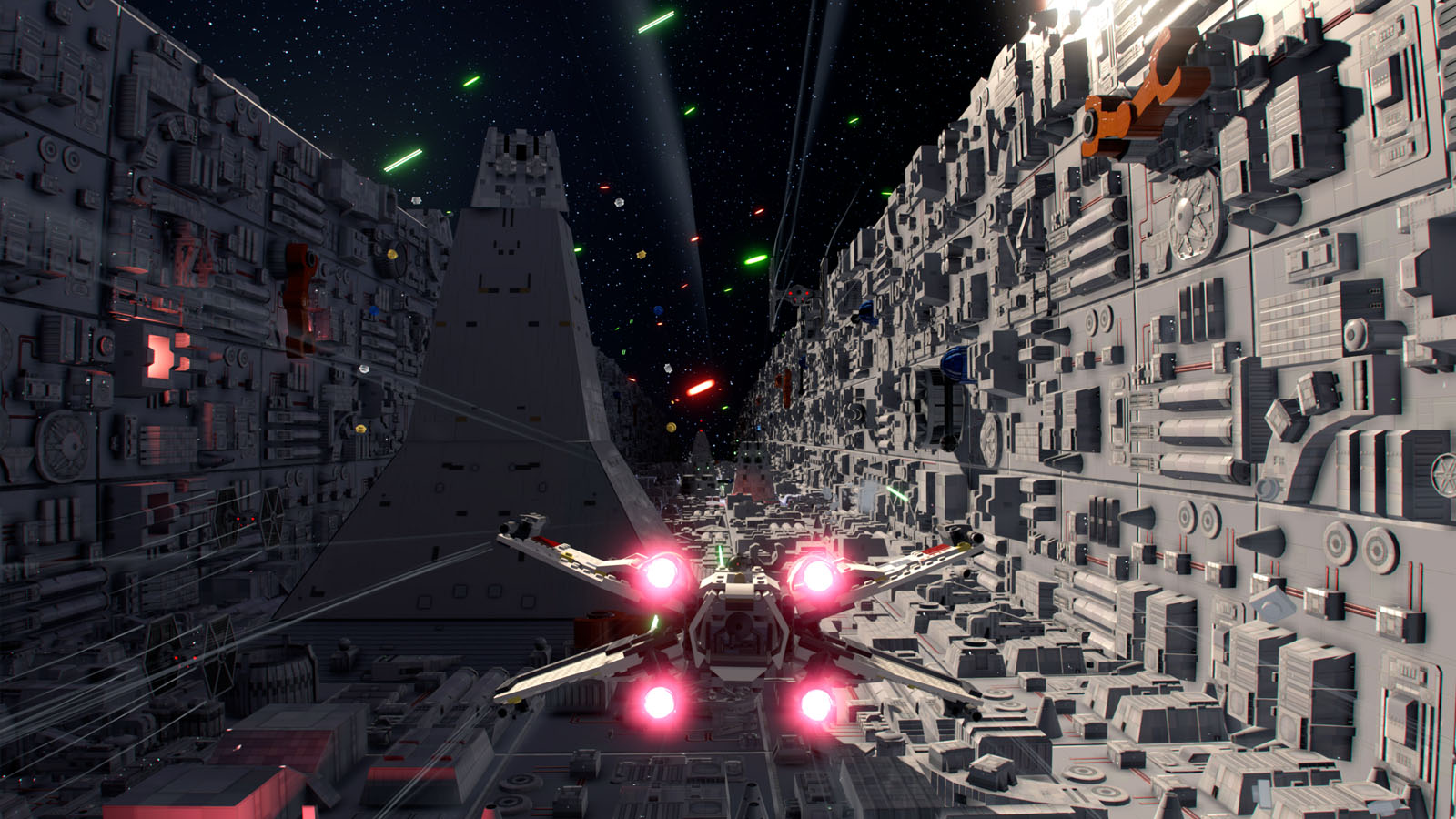 “LEGO Star Wars: The Skywalker Saga is a celebration of the heritage and future of LEGO Star Wars games,” said Michael Denny, Vice President and Studio Head, TT Games. “For the first time ever, players can explore the legendary adventures from the Skywalker saga in an immense, new game for everyone to play on current and upcoming platforms.”

Fans will be able to play with the same authentic LEGO Star Wars vehicles, starships, and characters in real life and in the game, including these select sets with unlockable codes that can be redeemed when LEGO Star Wars: The Skywalker Saga releases: LEGO Star Wars The Razor Crest, LEGO Star Wars Resistance I-TS Transport and LEGO Star Wars Death Star Final Duel.

It will be great to get to play these epic stories all in one game! Stay tuned to Gaming Trend for all your gaming news.