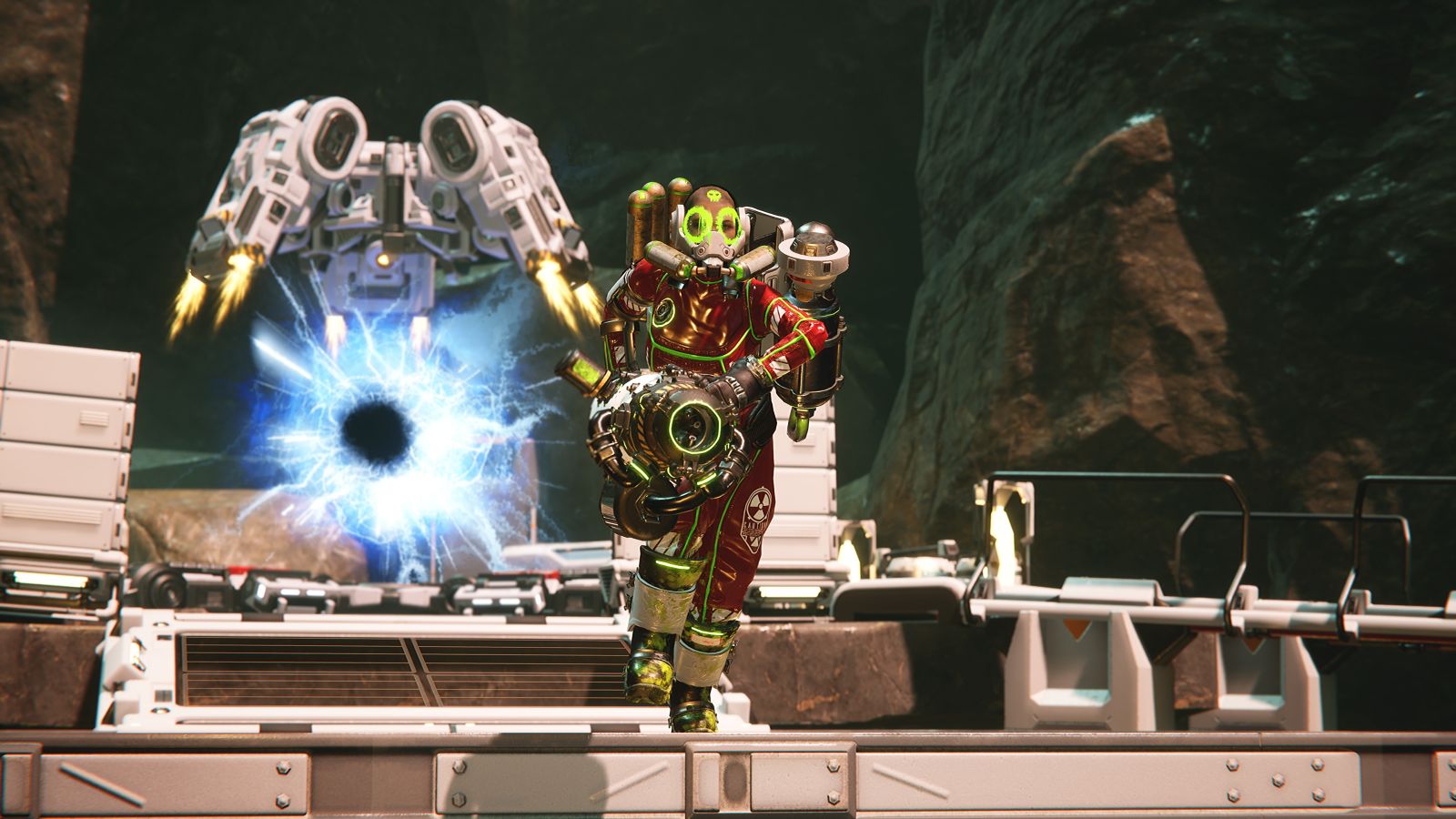 How about a brand new game that’ll bend your brain? Developer Ratloop Games Canada must have thought “Let’s throw time travel, looping, shooting, chess, and a whole hell of a lot of forethought into the blender, hit puree, and see what comes out the other end” as they brought the concept of Lemnis Gate to life, because it’s all of these things combined, and more. Part chess, part Unreal Tournament, part Timeshift, and part Singularity, Lemnis Gate is as much a shooter as it is a turn-based tactical title, and today I’m gonna try to encapsulate the craziness that will unfold over the course of four time-twisting rounds. Let’s get into it.

You’d be right in saying that the opposing team are the antagonists, but the true enemy is time. Gameplay in Lemnis Gate unfolds in 25 second chunks — stick with me and it’ll all make sense. You’ll select from one of seven class archetypes that you can find in a lot of different shooters, but let’s not focus on that quite yet. Your character selected, you and your foe will square off for the next 25 seconds. What happens next is magic.

Rushing an objective, you lay down a toxic spray around the base of it, preventing the enemy from getting close. Happy with how you spent your 25 second chunk, you now watch how your foe spent theirs. Well…hell. They spent their 25 seconds undoing everything you just did by taking up a sniping position and popping your toxin-spreading character right in the head in the first few seconds of play. Ok, it’s time to think in 4D. You grab the turret character and blitz to where the sniper perched, dropping a turret to take them out before they can pop your first character.

Back to the enemy, they switched tactics and used a fast running character to capture a different objective. Do you try to stop this runner, or do you further try to confound the original play? The choice is yours, so you decide brute force will do the trick. Grabbing the heavy with the rocket launcher (since your turrets weren’t fast enough), you unleash a torrent of missiles at the sniper’s eventual perch, intercepting where they will be, undoing the cascade of things that they had stopped in the first round. Your toxic avenger spreads liquid death around the first point, and now your foe has the unhappy future of stepping directly in it, leading to their death. You’ve now committed several rounds to capture two points, but since you went first, your foe will have the last laugh. You ever see how fast you can lose two points when your enemy copies your tactic and just slathers your ramps out of your base with toxin? Well, I have, and it sucked, but it was the most unique and mind-bending crazy action I’ve had in a shooter to date.

Ok, so that’s one on one Lemnis Gate, but what happens when you switch things up and go 2v2? Partnered up with an equally-inexperienced fellow press member, we squared off against two members of Ratloop Games. They were nice enough to take it easy on us, but it’s clear that this is strategy on a whole different level. Four players means having to coordinate to ensure you and your partner are lined up on the same goal, and with only 25 seconds to do while you are also trying to observe enemy movements is a real challenge.

There are seven operatives in Lemnis Gate, each with their own skills, weapons, and powers to help you take the match. While they may be archetypes such as a rocket heavy, a sniper, a fast moving dual-smg wielder, etc., you can only select them once during a match, and that means even more pre-planning. Do you send out your fast runner first for an early capture? Is it more important to get turrets out early? What if the enemy launches a ton of rockets into the starting zone? Should you deploy your sniper early and try to take out that rocket launcher in the past to secure your future? It’s layers upon layers of strategy, yet somehow team Ratloop has wrapped it into a package that’s easily understood. Within two matches (yes, the videos above are the first time I’d touched the game) I already had the gist of how the time loop works, if not the mastery of it. Now I was thinking that next time I might bring out Karl and his protection orb a bit earlier to shield my runner from incoming rockets, and I’d space my turrets out for a wider blanket of fire over the area. There’s no wrong answer, and no right way to play, but since your opponent is watching everything you do, just like you are doing to them, being flexible is key. 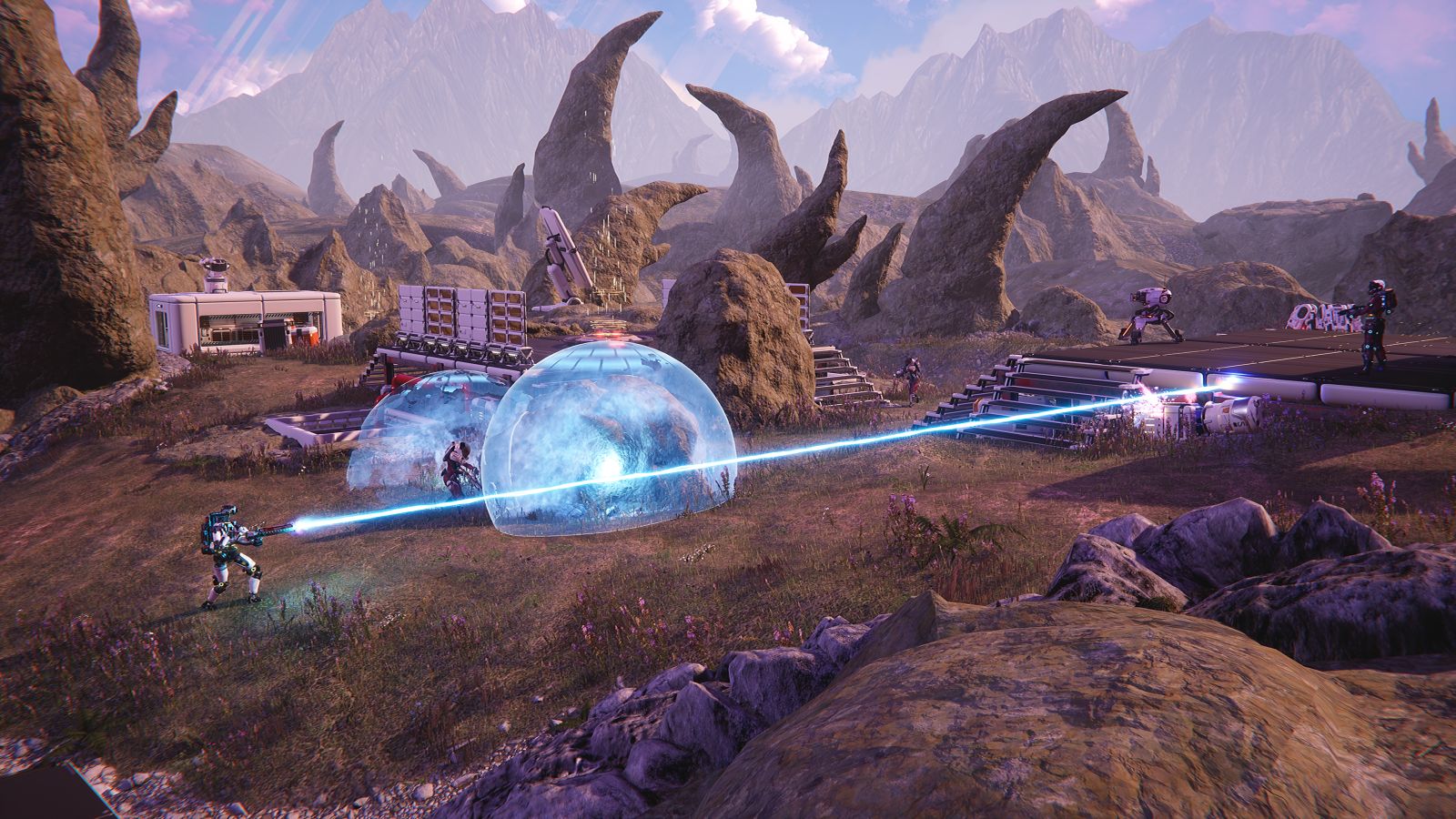 We’ve just gotten our first taste of Lemnis Gate, and there are several more modes to check out in the near future. In just the short few hours I got to play the game, I already had several upsets where we were losing 3-2 and then reversed it at the last second for a crushing victory at the clinch. It’s hard to really describe just how cool a concept 25 seconds of time to act really is, so I’m hoping that the team gives all of you an open Beta to experience it for yourself. 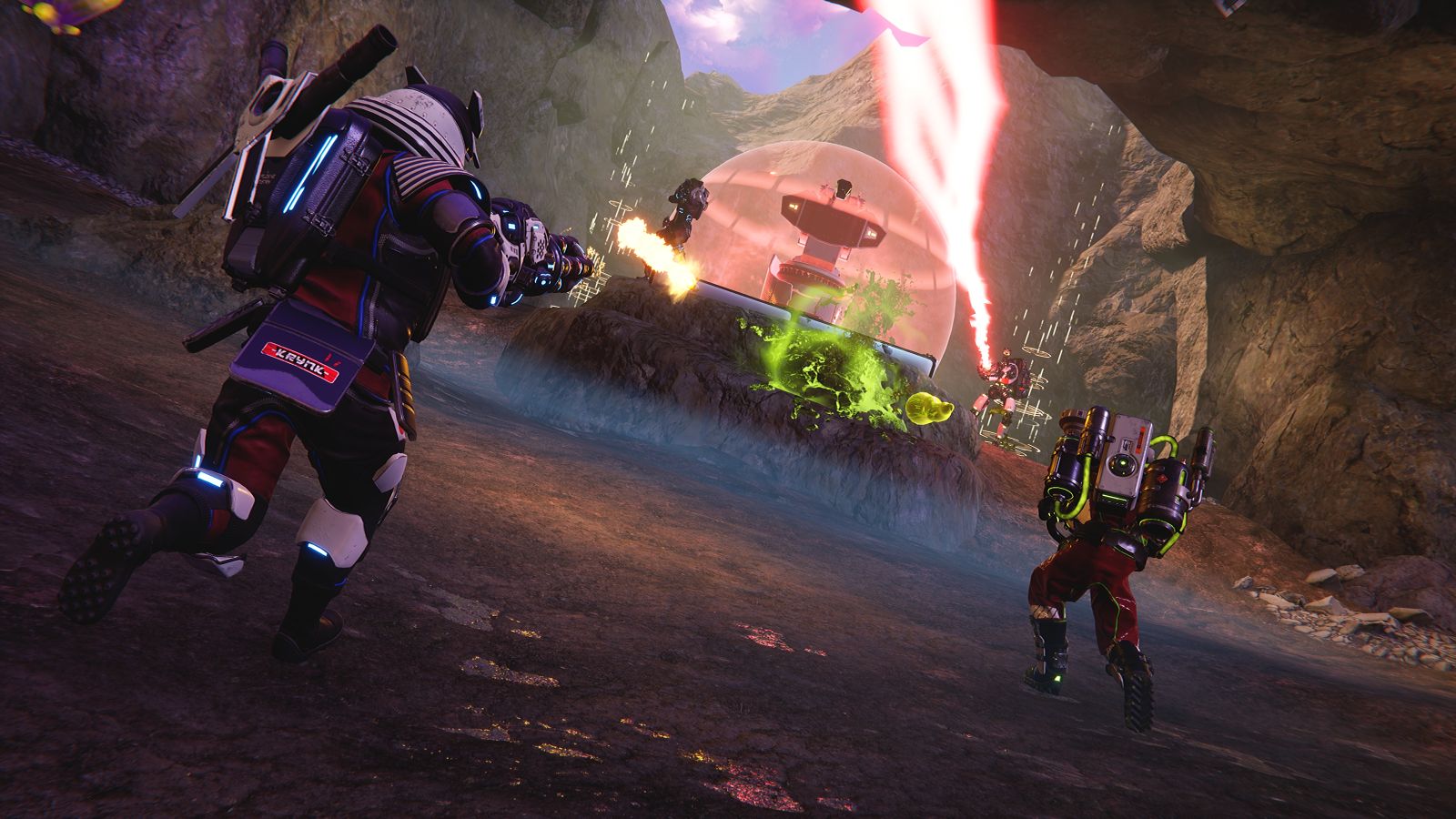