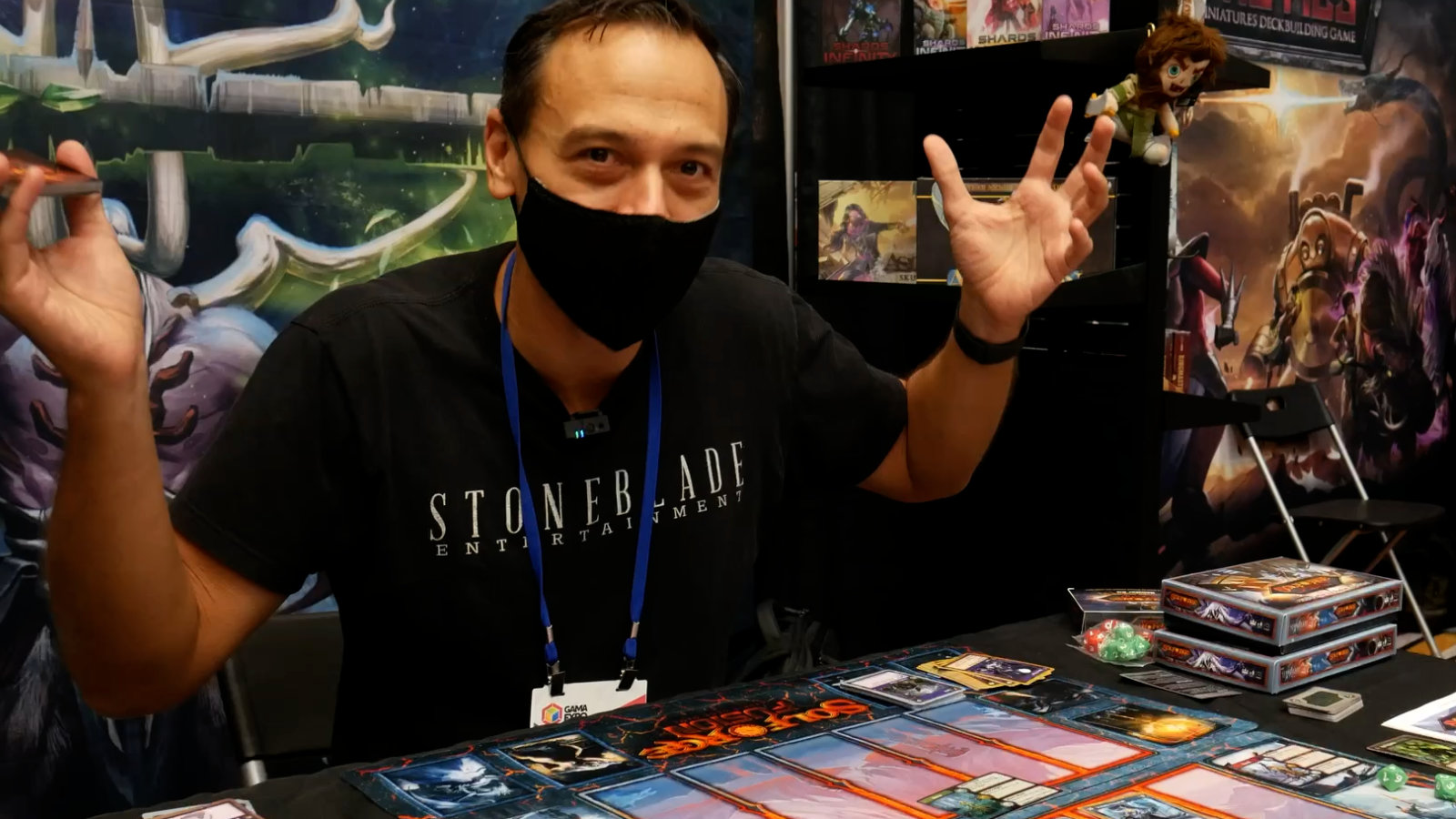 Earlier this year at GAMA Expo we got to spend some time with Justin Gary, the CEO of Stone Blade Entertainment and creator of the Ascension deck-building game series, and he was very excited to show us his two latest games, as well as tenth anniversary edition of Stone Blade’s first game release.

First up, Solforge: Fusion, his collaboration with Richard Garfield. Calling it the “first hybrid deck-building game”, Justin walked us through the basics and gave us a little hands-on demo:

Next, we took a look at the retail version of Ascension Tactics, which combines the strategic deck-building and lore of Ascension with tactical miniature combat:

Finally, he reassured us that his original deck-builder Ascension wasn’t going anywhere, giving us a rundown of the new 10 year Anniversary Ascension set, hinting at further announcements for the game to come soon:

We’re hoping to get some more time with Justin in a couple of weeks during Gen Con, stay tuned to Gaming Trend for further news on all of these games and more!