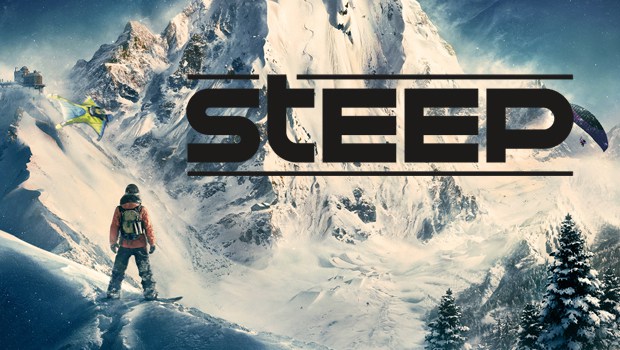 When Steep was announced at Ubisoft’s E3 conference this year, it was a blade of grass in a field already dominated by AAA titles such as Ghost Recon: Wildlands, South Park: The Fractured But Whole and Watch Dogs 2. But last week, we got to play Steep at a special preview event in San Mateo, California, and despite encountering a few technical hiccups, we walked away from the game impressed.

Steep is an extreme winter sports game developed by Ubisoft Annecy that lets players free roam around stunning mountainsides to explore, complete challenges, or face off in the leaderboards. Our demo took place in the Swiss Alps, and after a brief tutorial that taught us the mechanics of the game’s four sports — skiing, snowboarding, wing suit flying and paragliding — we were let loose to play as we wanted.

Right from the start, the game opened up to us in true open-world fashion.

Immediately, it became clear that Steep is about freedom. You start with only a few lines unlocked — paths running down the mountain — and each one has branching paths with their own branching paths. Once you discover them, you can fast travel between these points almost instantaneously, sans loading screen. And if you’re halfway down a line but want to restart, you only need to hold in a button to teleport to the top again. This kind of player agency was present in challenges, too; if I got tired of a particularly tricky challenge, I didn’t have to complete it. I could just fast-travel to another one.

The game never told me what to do — only what I could do.

This sense of unhampered freedom is manifested in Steep’s robust lot of challenges, which cater to a variety of playstyles. Adrenaline-seekers will like the White Wings challenge, a wingsuit mission in which you only earn points by gliding low to the ground, and players who enjoy a little narrative will appreciate the Mountain Stories challenges, in which a mountain guide narrates your trek down certain paths. There’s gameplay in Steep for all — from casual players to thrill-seeking masochists.

For the record, Gaming Trend demolished the competition in the White Wings challenge. We’re that good.

These challenges are fun to attack on your own, but like most things, Steep is better with friends. According to game director Arnaud Ragot, social functionality was integral to the game’s design from the start, and it’s implemented well in a couple different ways. First, you can play the game with up to three friends and compete against them for the high scores in the leaderboards, or if you want, you can simply explore the terrain together. And when challenging friends, there’s a button you can press to communicate with the other person in-game: one tap says something positive, and two taps whips out the trash talk. (I was pretty partial to the latter.) Additionally, if you’re in a party with friends, you can teleport to them in-game, although this feature was broken during our hands-on time.

Technical issues like this one hindered our experience with the game. One issue I encountered frequently was navigating the game world via Mountain View, Steep’s world map. To move from point to point, you have to use the analog stick to move a finicky cursor until it lands on the very precise location of a challenge, and in a game that nails freedom of movement, it felt incoherent and frustrating to use.

Additionally, the game has a GoPro feature that lets you skate down the mountain in first-person, but in my experience, the narrow field of view and jerky controls made the experience unenjoyable. In my opinion, it felt a little tacked-on, and I found it better consigned to use only when watching a replay of my lines.

What’s a good open-world game without some character customization? Steep offers players a number of ways to customize their characters, from wearing real-life brands to donning a zany caribou helmet.

These are minor complaints though when weighed against everything Steep is doing right so far. Whether playing solo or with buddies, Ubisoft nails the sense of freedom you’d expect from exploring these terrains in real life. The game encourages you to go at your own pace and doesn’t punish you for skipping a challenge you don’t enjoy. And on top of that, Steep’s social design makes it incredibly fun to play with friends, whether competing in the leaderboards or indulging in some trash talk. If you were to compare Steep’s development to laying tracks on a mountainside, it’s a little bumpy right now, but its crafted on excellent snow.