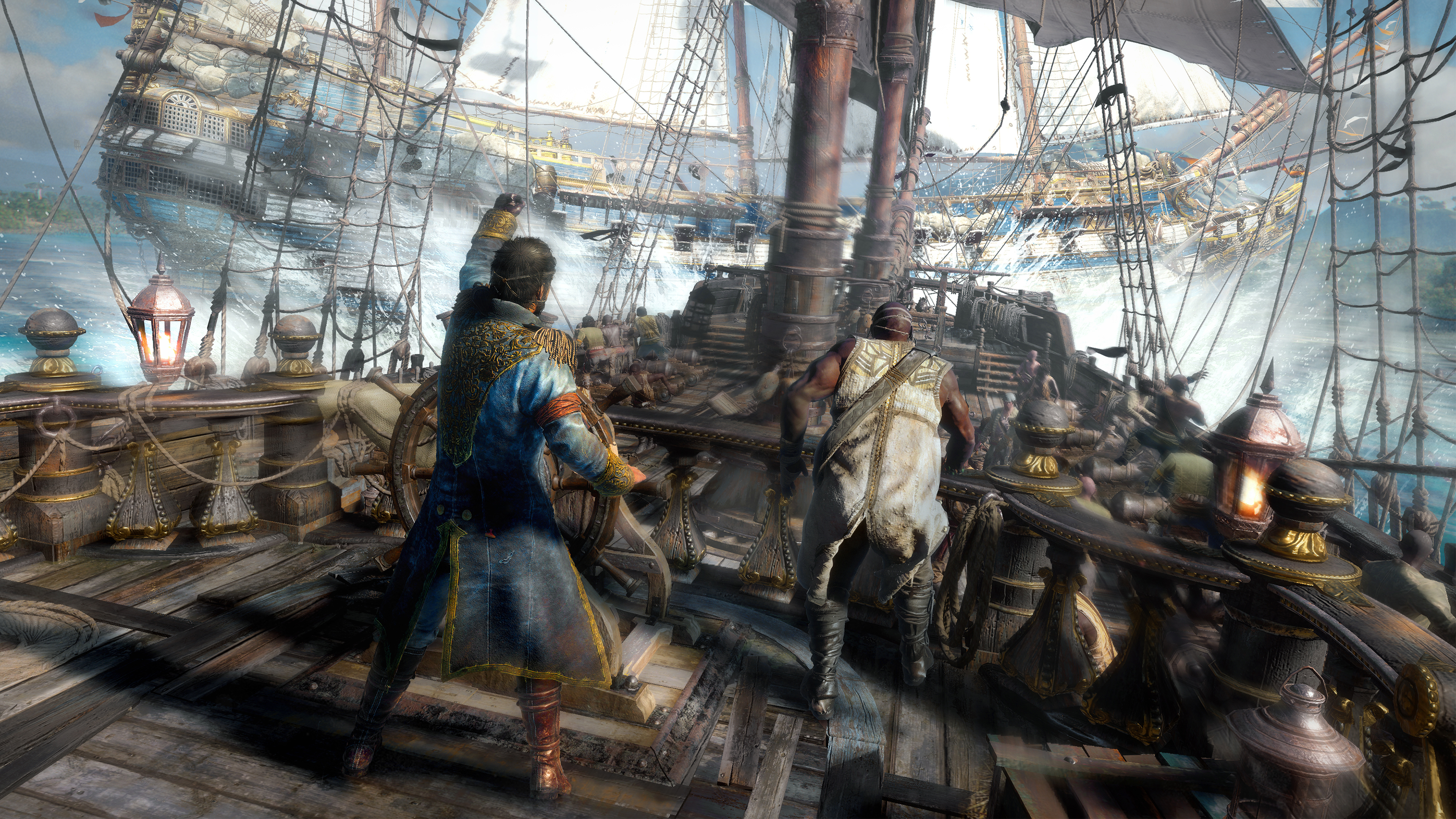 Assassin’s Creed: Black Flag remains one of my favorite games in the series, largely because the game dispelled the typical flat cities of the series’ open worlds in favor of an open sea for players to explore by ship. Ubisoft is capitalizing on Black Flag’s innovative sailing and ship combat mechanics with Skull and Bones, a competitive multiplayer game where players take charge of a pirate ship and shoot each other on the high seas.

The premise sounds like exactly what I wanted to come from Black Flag — combine simple ship mechanics with Ubisoft social play — but for the entirety of my time with the game during an E3 demo, I kept questioning whether or not I was actually having fun.

My team played a 5v5 game type where two teams prey on each other for loot until the pirate hunters arrive, at which time players need to hightail it out of there. The team that escapes with the most booty is the winner.

You need to know what your role is, too, because once both teams collide, the waters get chaotic. Not only do you have to sink enemy ships, you have to pay attention to wind speeds, track smaller, loot-carrying merchant NPCs, avoid hitting land and keep an eye out for other enemy ships. Maybe my demo was just short, but I felt overwhelmed by the volume of tasks I needed to give attention.

Thankfully, our demo included voice chat, but I imagine this isn’t a multiplayer game that works well if you want to play solo.

If I’d had more time, I might have come to grips with the weapon controls, as well. To fire cannons, which operate on cooldowns, you have to turn your ship so the side you want to fire from faces your enemy. But this felt sluggishly slow, and most of my encounters turned into me and one other ship doing donuts until the other was dead, distracted or run aground.

Again, this might just mean the game has a learning curve — I anticipate that players who put a few hours in can become more deft at navigation and combat. (Or maybe I just suck at any game where I have to steer a vehicle.)

Skull and Bones doesn’t feel like a watered down version of Black Flag’s naval combat mechanics, but rather, it recreates the magic of conquering the waves on an old-timey warship. I’m sure if my demo were longer, I would have felt more confident with the controls, so for that reason, I’m eager to see more. (Particularly new maps and game types.)

Skull and Bones is anticipated to launch in fall 2018.