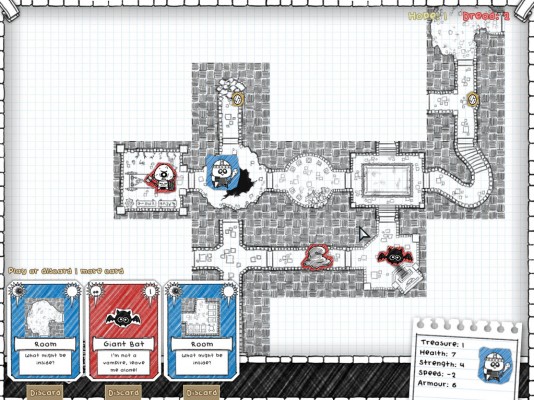 PAX South is over and done, and there was plenty to see and do. While the show floor might have been a little small compared to the well-established East and Prime PAX shows, Texas developers and the Lone Star State’s gaming community came out in full force to show support for more industry events in Texas.

I got to try out a lot of titles this last weekend. Some were already released titles, and some were small slices or trailers. It was pretty difficult, but I managed to slim down my list to six games from the convention that you should definitely look into.

MOBAs these days have become dime a dozen, but Gigantic has managed to stand out in a crowd of imitators and create a solid, engaging experience. The game focuses around two teams, divided into Houses, trying to destroy each other’s Guardians, a CPU-controlled monster that aids your team. Players can seize capture points in order to gain upgrades for your team and Guardian, making it easier to push at the enemy team’s monster.

The third-person perspective is a nice change of pace for the genre, but the abilities and skills of each individual hero is what makes the combat in Gigantic stand out. The heroes are vibrant and identifiable, and their skills employ very nonconventional methods. Physics and the Z-axis play a big role in combat, with heroes flying into the air and shoving each other around like rag dolls during fights. MOBA fans will find a lot to enjoy in Gigantic as it continues to broaden its current Alpha Testing phase.

A mixture of board game, video game and notebook art, Guild of Dungeoneering is a clever roguelike puzzler that is simple to learn, but has a surprising amount of depth. You play the role of an omniscient guiding hand for an intrepid adventurer, heading into a dungeon that you gradually build for him. Each turn, you draw a hand of five cards, which will be either a piece of the dungeon, an enemy, or an item that your quester can pick up. You don’t control where the adventurer or enemies move; you simply lay out the road, and hope the AI goes towards the treasure.

The aesthetic is amazing, as both the dungeon and characters look like a talented artists’ sketches in the margins of their math notebook. The combat plays out similar to rock-paper-scissors, with both you and the mob you’re fighting playing cards to try and kill each other. There’s a lot to like here, both for lovers of roguelikes and for anyone who is intrigued by the idea of a sketched-up board-game-esque dungeon crawl. You can vote for Guild of Dungeoneering on Steam Greenlight here.

The Greybox booth was likely the largest at PAX South, and the publisher had two games to show off: Grey Goo and Dreadnought. We’ve already talked about how great Grey Goo is, but Dreadnought’s debut was also a show floor hit. Players choose one of many available classes of ships, and fight in a 5v5 orbital deathmatch.

Though Dreadnought lacks many of the intricate bells and whistles of other space titles, the focus on deathmatch combat and ship combat allows it to boil battles down to a simple, fast, refined formula. You can overdrive different systems of the ship in order to bolster weapons, shields or ship speed, and use the terrain of the planet and specialized arsenals to create a battlefield littered with ship wreckage. It was only a small slice of gameplay, but Dreadnought is a refreshingly fast-paced take on the space combat genre. You can learn more about Dreadnought at Greybox’s website here.

Indie titles were out in full force at PAX South, and the multiplayer titles were go-to’s for passers-by to engage in spontaneous competition. Knight Squad was one of the most hectic and exciting multiplayer titles I played at the convention, a chaotic capture-the-flag title featuring eight knights trying to steal the holy grail and take it to their home base without being killed by the other knights first.

Environments can be drilled through, equipment upgraded via weapon pickups, and random chaos like kamikaze bombers and a rideable horse keep the action frantic. The beauty was in the simplicity: the game used only the control stick and a face button, making it easy for anyone to jump in. Each knight is identifiable on the screen, and the constant spawn of power-ups and crazy upgrades kept the game from getting lopsided or boring. This couch multiplayer indie title can be found in Early Access here.

I knew little going into Noct, other than that it was recently picked up by Devolver Digital and had something of a grassroots following. As I put on the headphones and clicked “Awaken,” I was absorbed. The atmosphere of Noct is enthralling, as the overhead, thermal “AC-130” view created an eerie feeling that you were being watched. Buildings and rooms aren’t visible until you breach the threshold of the door, and each entryway fills you with dread as you wonder what’s on the other side.

You start out at the site of a helicopter crash, and as you progress through nearby woods into a town, you start to wonder what happened. There’s no people, though there’s a wealth of weapons. Monsters roam the area, large ones that take a lot to put down and are faster and stronger than most enemies in games. There’s no ammo count or number of mags, simply an indicator for both that says OK, low, or empty. You might run out of bullets mid-fight and scramble for a new weapon before a creature kills you. You might try to run, hoping to save ammo, slowly realizing you can’t escape the creature in pursuit. Noct still has a lot to show, as far as where the story and progression will go, but the experience pulled me in and only left me wanting more.

Bring Your Own Book

A special addition to the list. this isn’t a video game, but rather one of the indie tabletop games shown off at PAX South that grabbed my attention. A Kickstarter title with a few weeks to go, Bring Your Own Book is similar to games like Apples to Apples and Cards Against Humanity, but with a twist. Each player takes turns pulling a card from the deck and judging, but instead of other players laying down cards to fill in the blanks, they have to flip through a book they brought to find a phrase. Once one player finds a passage, everyone else has a minute to find something, or be forced to open to a random page for their choice.

I played with a random group of strangers, and within minutes we were joking about bad romance novels and Tom Clancy titles. It’s a literary nut’s perfect icebreaker, and a really fun party game. I could easily see going to Half-Price Books with a couple friends, buying a bunch of dollar-bin novels, and having a blast with this game. It’s currently in Kickstarter with a few weeks to go and close to its goal, but creator Matthew Moore also offers a free print-and-play version on his website.