One of my favorite new themes at this year’s Gen Con belonged to Septima from Mindclash Games. In Septima, players lead their coven to prove their witchcrafting worth and succeed the high witch Septima. Crony shenanigans include harvesting herbs, brewing potions, healing townsfolk with said potions which may or may not have had enchantment ingredients slipped in, and rescuing fellow witches from brutal trials.

Septima’s gameplay revolves around simultaneous action selection with a unique twist. Players secretly select one of nine actions: move, collect, brew, heal, recruit, plea, chant, rite, and remember. When several players choose the action in a turn, that action gets a powerful bonus, but powerful magic, benevolent or not, draws the suspicion of townsfolk and attracts witch hunters. I love the idea of players attempting to secretly take the same or varied actions depending on the game state. 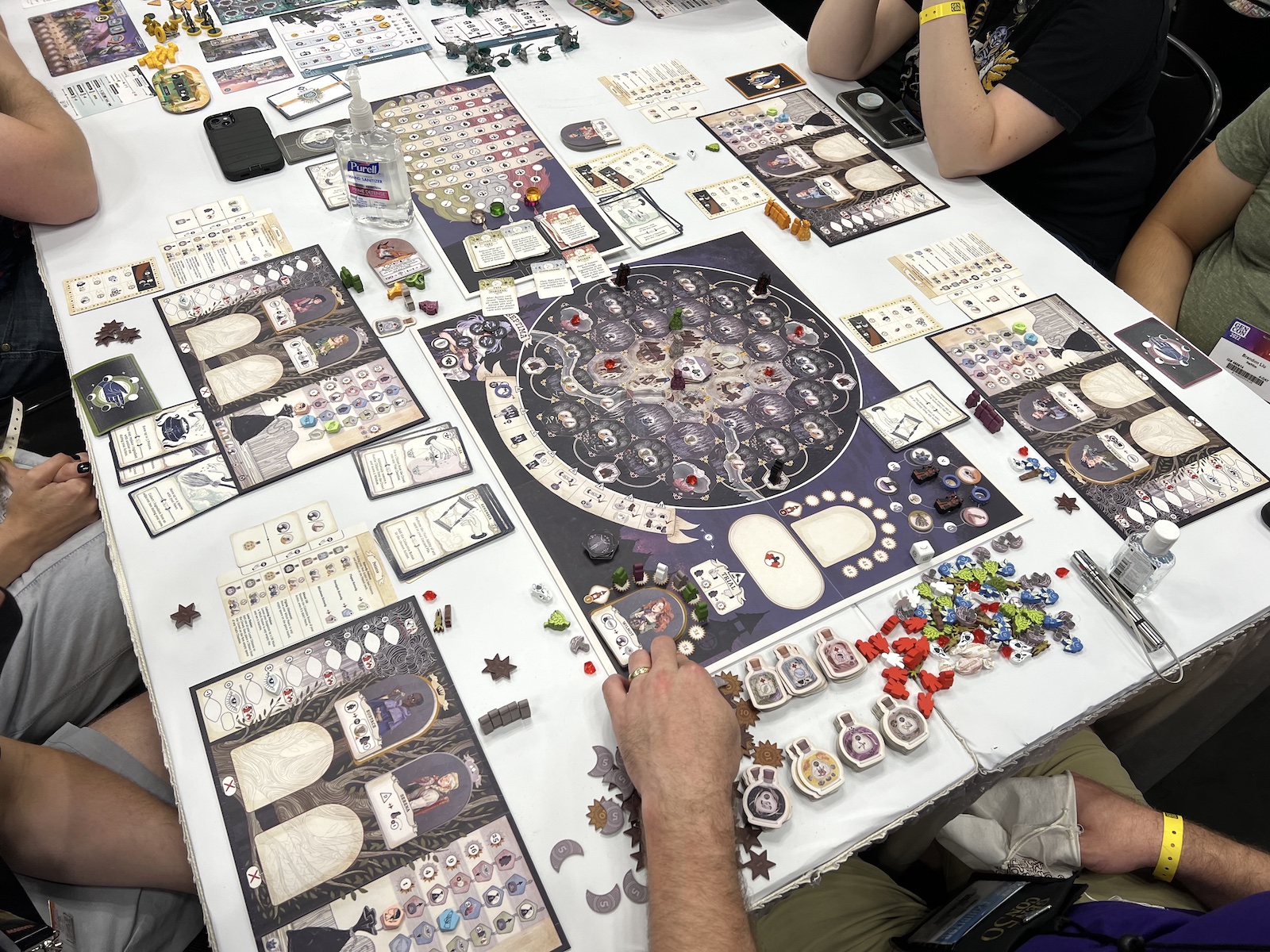 Periodically, witch trials will take place, usually with covenless witches, and players can absolve them to recruit them into their coven. If players aren’t cautious, witch hunters can find and capture one of their coven’s witches and put them to trial! These witches can be rescued as well, but potentially not by the same coven. Players may control witches in their coven that originated from an opponent’s. To add a bit more spice, each witch has a unique personality and abilities.

Septima looks like a great game complete with interesting mechanics and an enthralling theme, and it looks gorgeous to boot. It’s on Kickstarter now and is currently expected to deliver sometime in may next year. We can’t wait to get our hands on this one!