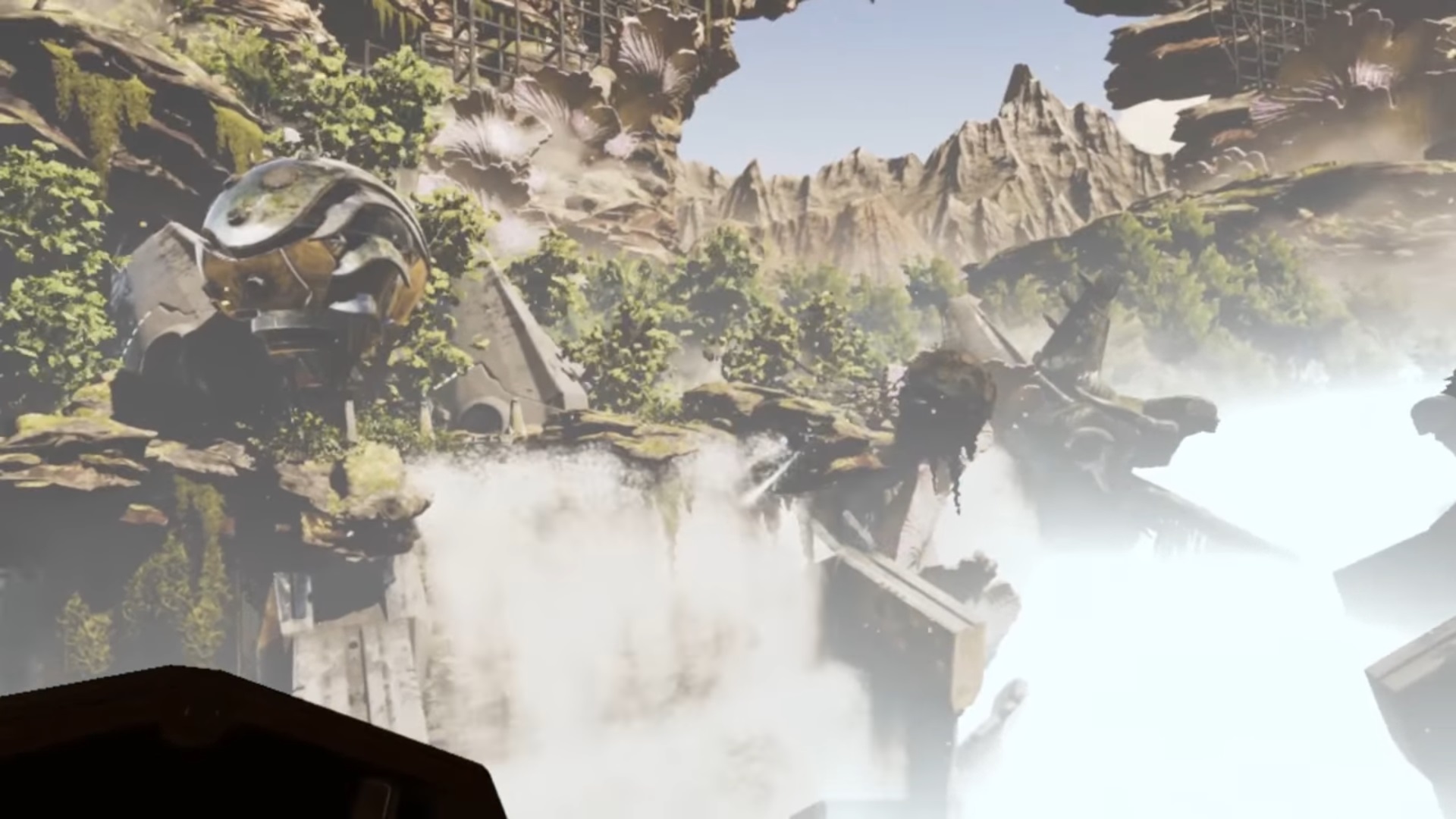 I played some awesome VR titles at E3 last week (and some more), but the biggest and most ambitious of these titles was also my least favorite. Seeking Dawn is a co-op sci-fi shooter by developer Multiverse where players explore an alien world and, well, shoot stuff.

That was all there was to it, really. According to Multiverse, there’s crafting and exploration, but neither of these mechanics were included in my demo. Instead, another player and I ran through fields of tall pink grass and shot enemies who were clearly on scripted, predictable paths. Killing enemies was as simple as throwing down an energy shield, peeking out and chipping at their health — it was hardly a challenge.

Unlike other VR titles where you navigate your terrain via a teleport mechanic, Seeking Dawn lets you free roam via the HTC Vive’s touchpads. When you turn (which can be vomit-inducing in some free-roaming VR games), the game simulates tunnel vision by blacking out the edges of the screen. I didn’t experience motion sickness, thankfully, but the environments were so linear that being able to free roam didn’t add anything to the experience. (My demo was short, mind you, and based on its presentation, the game appeared far from completion. It’s possible what I played was a build made just for E3. Or perhaps this is just a game that doesn’t demo well.)

Enemy soldiers aren’t players’ only threat. Players will have to deal with the local wildlife, as well.

I might have forgiven some of these issues if the world was even somewhat pretty to look at, but textures were so muddy and low-res that I was constantly reminded that I was just playing a video game. Seeking Dawn will allegedly take about 10 hours to beat, but I don’t think I could stomach even one hour in the game’s current shape. Titles like Sprint Vector have proven that VR games can look slick on current headsets, but so far, Seeking Dawn doesn’t meet that standard. Instead, it feels like playing Halo on drunk goggles.

According to Multiverse, players will also be able to use a gun peripheral, but the developer didn’t comment on how much the accessory will cost.

Seeking Dawn’s biggest problem is that it’s not trying anything new in a VR space that has games like Symphony of the Night and Sprint Vector. I can already play hundreds of shooters on console and PC — in 4K now, too — but if Seeking Dawn doesn’t take some more risks, its handy gun peripheral won’t be enough to convince me to play it when it launches this summer.