Games like Riders Republic make me wish I was a world-class athlete that would lead in events like snowboarding or mountain cross. I always hang out for these kinds of thrill-seeking events when, say, the Olympics are on. Because I know that it would take years upon years to truly master these kinds of sports, and I don’t have that kind of dedication. So it’s truly a blessing that we have a solid, AAA release of these kinds of games, and Riders Republic is no exception.

Given that this is a preview for a game that’s due to release in the coming days, Ubisoft has the preview locked behind an 8-hour playtime demo. That’s plenty of time to take in what’s to come, but not nearly enough time to really explore what this game is capable of. So that being said, the big question is — is this game going to be worth your time? At this point, it sure as hell seems that way. 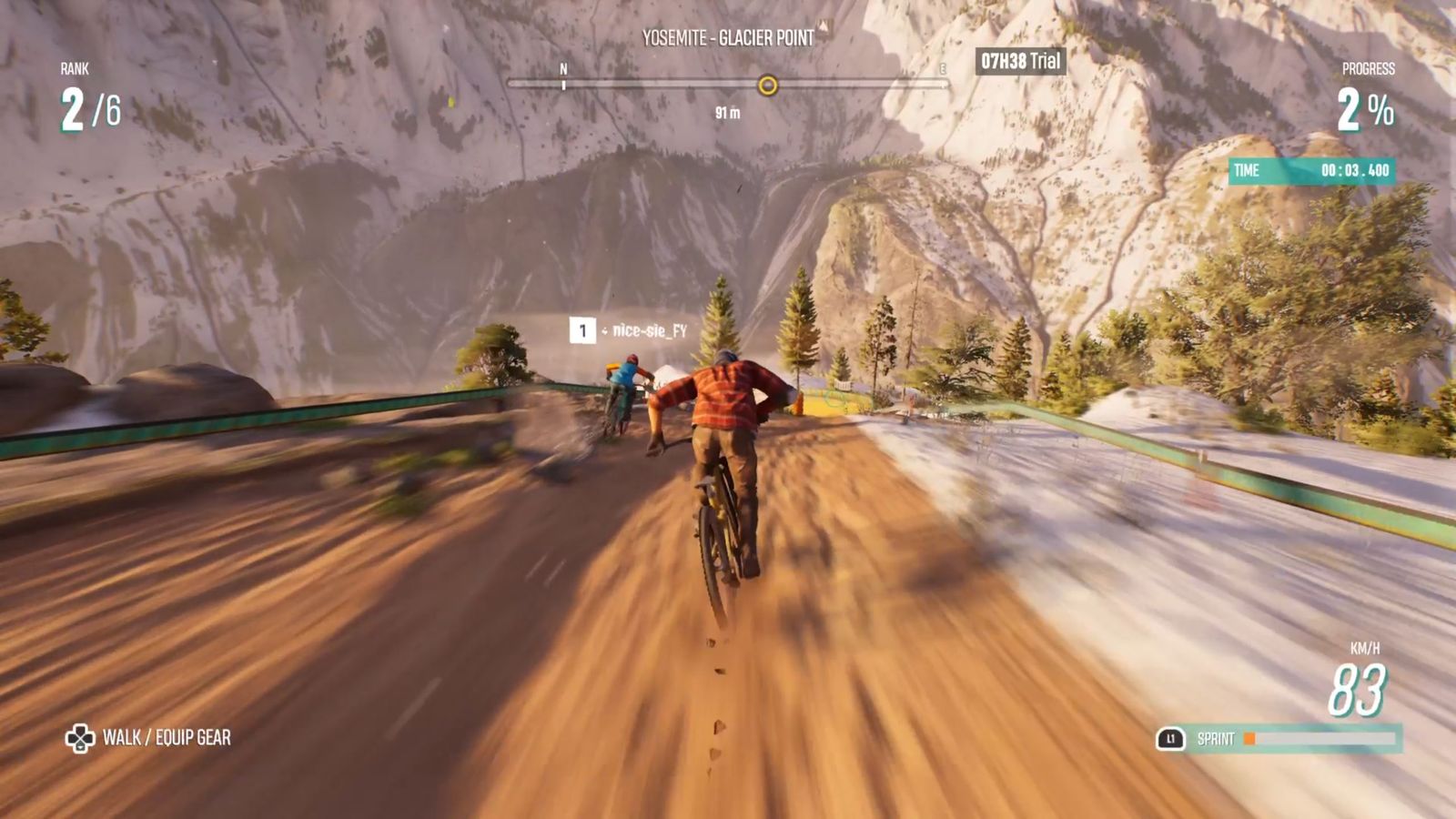 Riders Republic already feels like the video game that thrill-seekers have wanted for so long, but haven’t quite gotten. Crashes hurt more because you see it in first person (until it rips you out and puts you in third person so you can see the devastation), while riding/gliding/skiing feels extremely rewarding in this mode. It’s an incredible experience from the first couple minutes to the last hour of the demo. It’s also extremely accessible for people who want to solely experience mountain cross, snowboarding, or skiing, or just feel the need to travel via snowmobile and landmarks and look at the sites — anything and everything is on offer in the mountains.

One other amazing thing that Ubisoft has accomplished with the game is the huge player-count. Now I can’t quite determine if I played with bots or humans, but regardless the game has done a great job of making it feel extremely populated. The goal of the Riders Republic, as per the story, is to be a welcoming place for all thrill-seekers and daredevils. It sure as hell feels like I’m surrounded by these kinds of people, bot or not. On populated servers, you can definitely expect to race with 20 or more people and crash out alongside them. 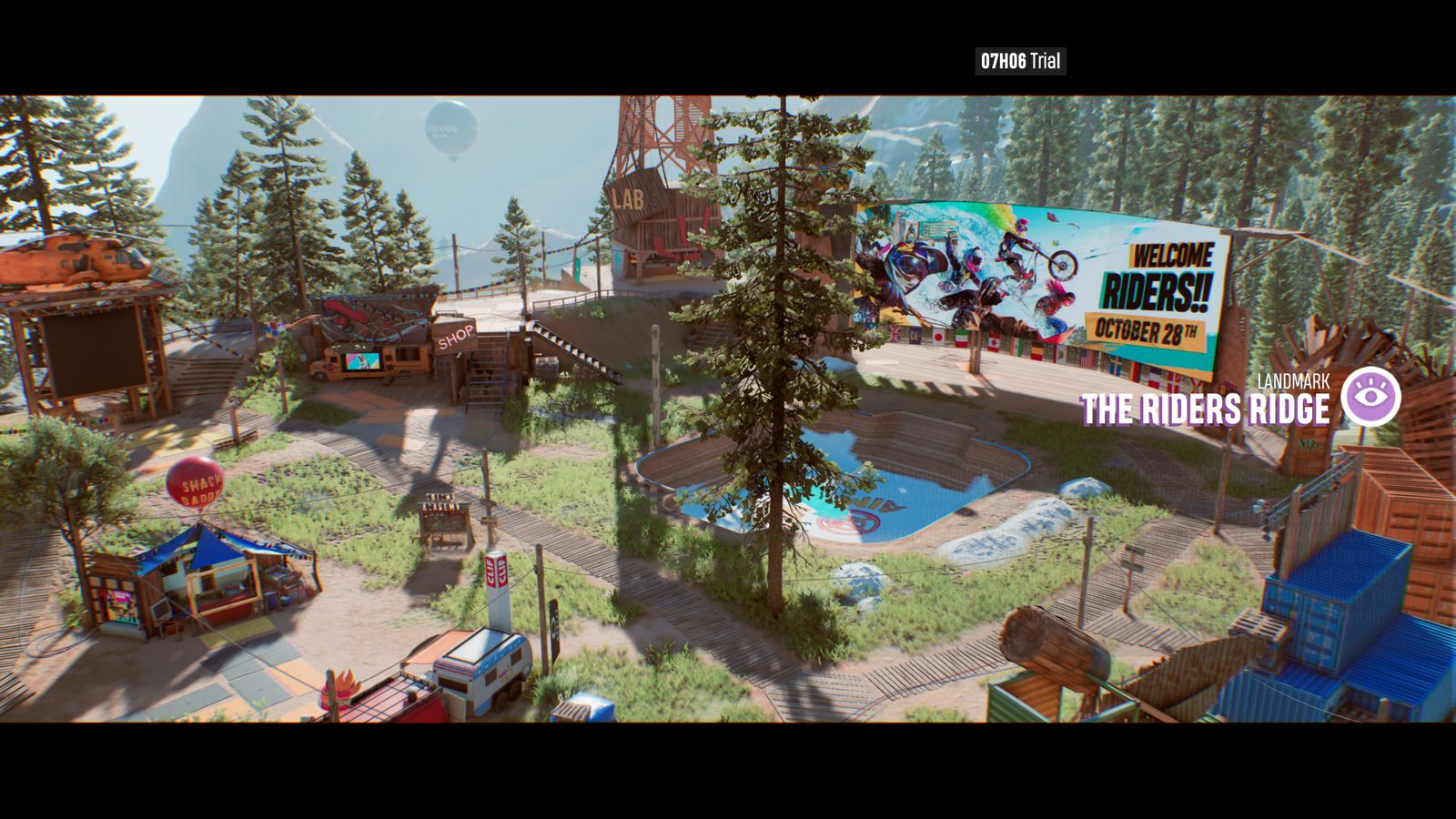 The gameplay does feel rather fluid. Everything seems to have a weight to it, so crashing out feels heavy, but taking corners can be a smooth experience if you carry your weight correctly alongside the speed. This means that if you start from idle, you won’t just immediately gain an insane amount of speed. It also requires you to think cleverly about how much braking power you should use around a corner, or whether you should be at a certain speed so you don’t overshoot a jump and land poorly enough that you crash. It may just be because I was using the base vehicles, but everything felt realistic.

The only janky parts at the moment seem to come from the physics engine, more specifically crashing out. I had a couple glitches where I would crash out and my character would stretch out like spaghetti, or where I reset into an object by pure luck and it shot me out of it incredibly quickly. That sort of thing can be patched out, but generally speaking, the demo was an incredibly immersive and rewarding experience that wasn’t tainted by anything out of the ordinary. I’m looking forward to getting my hands on this game come release, so keep your eyes peeled for our review in the coming days!